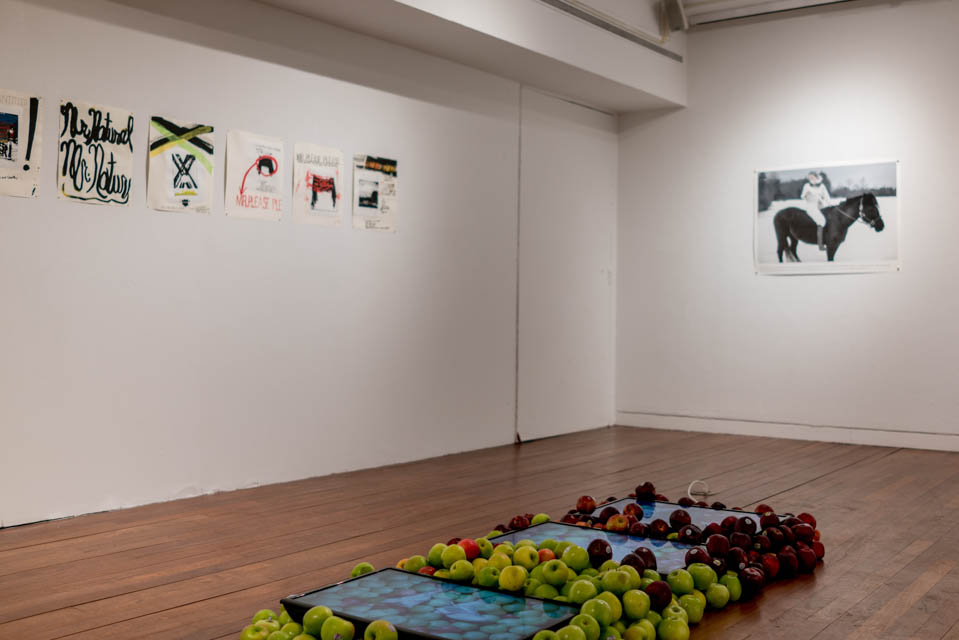 Curator Roni Aviv’s starting point for the exhibition was found in the joke within the name “m.i.o.k,” which relates to exploring the human act of trying and the reality of being vulnerable.

This passage by MFA visual arts student Roni Aviv is featured in the exhibit catalogue for “m.i.o.k,” a collaborative art display with several different artists aimed at challenging social constructs through humor and self reflection.

Aviv’s starting point for the exhibition was found in the joke within the name “m.i.o.k,” which relates to exploring the human act of trying and the reality of being vulnerable. According to her, the exhibit is meant to analyze social aspects of life and reshape their reality through humor, vulnerability, and honesty. Encouraging self-reflection and questioning of the world, the art pieces explore tragedy through the lens of comedy.

“[It is] not humor in a comedic aspect, but the idea of humor as a dark joke which you would only tell to your close friends, not one that you would say in public.”

From exploring the quotidian aspects of life with Ettun’s “It’s not a question of Anxiety” video to analyzing human emotions in Taylor’s “Stellaluna Animation Frames,” “m.i.o.k” invites the viewer to enter the conversation around the absurdity of being.

“m.i.o.k” includes “workshops” that engage the viewer with the art pieces, such as the interactive performance “Inventing Ritual” by collaborating artist Diana Palermo. The workshop offered an opportunity for participants to create personal spiritual rituals following Palermo’s index of recommended materials and their common uses, which is based on the traditional folk practices of various cultures, such as Italian folk magic. In Palermo’s index, lavender corresponds to health and well-being, basil to protection, and chilli peppers to good luck, to name a few pairings.

Palermo also invited the participants to think of any personal objectives and choose a material from the index that relates to their goal. In doing so, participants could create their own spiritual ritual.

“You are the performers today. I’m not,” Palermo said during her workshop.

Aviv explained that she focused on topics that she feels personally connected to, exploring new focal points of reality while choosing to highlight female and nonbinary artists. Additionally, Aviv focuses on the importance of space and the presence of the body. Many of the works toy with stereotypical social binaries, such as male versus female and public versus private.

“Meksin plays between social binaries … to highlight how those binaries operate in all aspects of life, starting with the implied genders of all materials. In her work, materials point out the performance of gender in the social construction of faux binaries,” Aviv said.

As Aviv further explained, the exhibition is neither didactic nor archival. Rather, the materials for the art pieces are taken from everyday life. Akhmetova's “Mom Orchard” video installation, complete with decaying apples, explores and disrupts the concept of this everyday element and further questions the viewer’s understanding of gender, sexuality, and bodies.

“m.i.o.k” creates an environment in which each work of art challenges the ordinary and invites the viewer to break down social conventions by engaging with the art both physically and intellectually. With her curation of “m.i.o.k,” Aviv shares diverse points of view of understanding the world and shows viewers that in the end, everyone is still figuring it out.