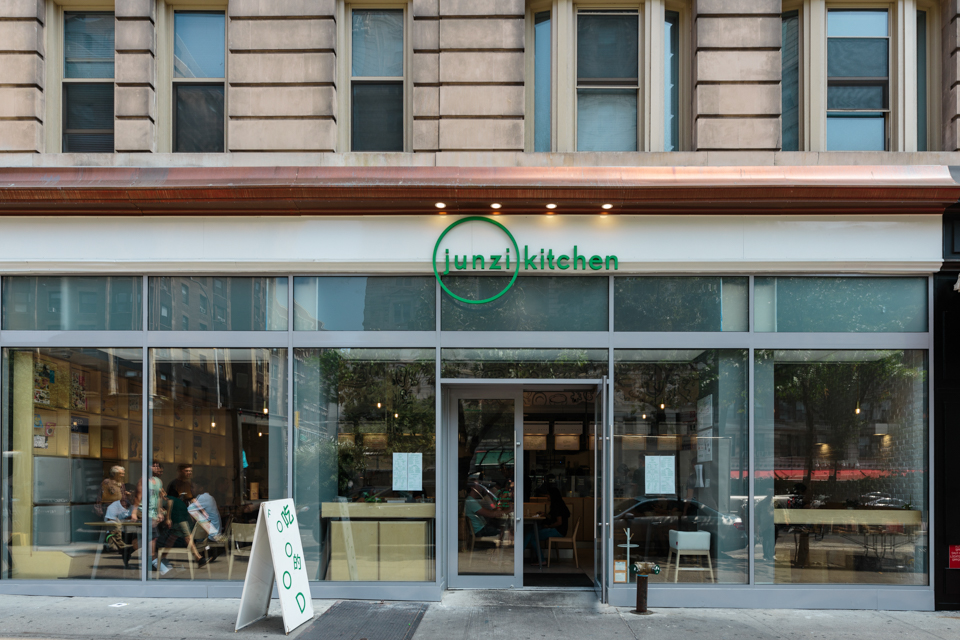 Although Junzi, a Columbia tenant and Chinese eatery with four other open locations, has available resources and a large managing team, it does not have the functionalities of a much larger chain.

Due to the struggle of maintaining revenue during the coronavirus pandemic, dozens of restaurants in Morningside Heights and Manhattanville have closed, leaving the local food scene to face the losses of two beloved staples: independently owned eateries and Chinese restaurants.

Of the approximately 56 eateries that have closed between 103rd Street and 125th Street on Amsterdam and Broadway, two thirds have only a single storefront. Nearly a fifth have Chinese cuisine as a central portion of their menu offerings.

After thousands of students evacuated Columbia’s campus when the University moved to remote learning, many local eateries lost a majority of their customer base. Further, in line with state-enforced social distancing regulations, eateries that have not faced closures have transitioned entirely to takeout and delivery, while others have adapted their food services to create a sense of community remotely, such as through virtual events.

But amid these changes, independent restaurants have faced particular challenges, as they often lack the business structure and resources to easily adapt to drastic operating changes. Whereas larger chains have marketing and product teams that can quickly adopt new practices, independent eateries must try to maintain a customer base while supporting a limited staff.

For these small independent restaurants, major debts, rent prices, and social distancing practices are major obstacles, according to Andrew Ding, owner of The Expat, a Southeast Asian gastropub in Manhattanville. He considers the future of the restaurant industry to be a “bloodbath.” To Ding, as rent continues to rise near campus, many smaller restaurants choose not to take on huge risks of entering spaces with high rent, and these smaller businesses must take months in order to develop stability and generate profit.

Yong Zhao, CEO of Junzi, a Columbia tenant and Chinese eatery with four other open locations in New York and Connecticut, noted that although Junzi has available resources and a large managing team, it does not have the functionalities of a much larger chain.

"A lot of chain restaurants can just say our brand has the demand, our brand has enough cash to support it... and with that leverage, a lot of companies can talk about how to get better sales,” Zhao said. “The hardest hit businesses are the smallest ones that don't have the capacity to change quickly."

Zhao said that while small businesses often do not have the capacity to quickly adapt, businesses with many locations may also struggle to adopt new initiatives or standardize new business models.

“It’s a balance in that you need a team to keep agile, keep moving, keep changing, so a large-sized team definitely helps to provide necessary capacities and capabilities, but also not too big that you cannot move,” Zhao said.

37 out of 66 single store fronts have closed

On March 20, Columbia announced that it would give its tenants two free months of rent to facilitate these restaurants and their employees’ transition toward takeout and delivery only. For Ding, this assistance allowed The Expat to retain many of its workers while adapting much of its menu to takeout.

20 restaurants, cafes, and groceries in Morningside Heights, Manhattanville, and Washington Heights that are receiving free rent from Columbia for April and May are currently open for takeout and delivery. However, of these 20 eateries, 13 have more than one location, with some having upwards of ten.

For Dinosaur BBQ with eight total locations, Columbia has helped it maintain around half of its normal business and adapt to a takeout-only restaurant model. While many of its neighbors like Floridita and 123BSB have closed, Dinosaur BBQ reopened last week after a one week hiatus with a limited menu.

Restaurants with multiple storefronts have a better rate of survival

“There’s a lot of mom-and-pop places that would not survive without two months free rent, and we’re lucky enough that we have seven other stores, which help carry the weight, but without free rent, no one’s going to make it,” kitchen director Greg Massaro said. “What the restaurant industry really needs right now from its landlords, more than anything, is free rent.”

[Related ““When we lose the students, we lose business”: Small businesses lay off hundreds amid coronavirus outbreak”]

Restaurants in the area serving Chinese cuisine have also been disproportionately impacted during the crisis. As Manhattan’s Chinatown quickly became one of the quietest places in the city after restaurant suppliers and Chinese supermarkets shut down, Morningside Heights saw the temporary closure of at least ten Chinese eateries, including Szechuan Garden and Uncle Luoyang.

Morningside Heights temporary losses include newcomer Mighty Catch, a Chinese-owned Cajun restaurant with an Asian twist. Owner Tom Lau reflected on getting “down and get dirty with food,” which offered a Chinese interpretation of New Orleans favorites. Community favorite Wu and Nussbaum, a bagel store and Chinese eatery, has also shut its doors temporarily, as did its affiliate La Salle Dumpling Room.

For Ollie’s Noodle Shop & Grille, a Chinese eatery on Broadway that is not a Columbia tenant, business actually increased in March, according to Billy Wang, head of operations. Yet the restaurant closed last week to protect the safety of its staff, many of whom commute to work from lower Manhattan and are over 50 years of age.

Ding said that what has shielded The Expat from stigmatization is the restaurant’s image as “not ethnically that Chinese.” Most of The Expat’s staff are not Chinese, and many of the restaurant’s dishes are from neighboring countries like Vietnam, Thailand, and Malaysia.

“That stigma that we are [an authentic Chinese eatery] would have caused us to shut down,” Ding said. “I know from speaking to my purveyors, who service the Chinese restaurants around the city, that [Chinese restaurants] suffered weeks and weeks before the rest of the city was asked to shut down, from the moment the crisis started to spread and news started to break in early February.”

As the pandemic continues to worsen, restaurant owners are hopeful that with the community’s support, they can continue to open their doors everyday and provide a sense of hope for the community. Ding noted that people can support local businesses by not only treating them as essential businesses, but also by ordering food directly from the restaurants to maximize their profits and help them survive.

"There is no better time to show our character ... to show kindness, to show our greater wisdom to find the right way to do business, and to show our bravery that we won't be beaten by this virus,” Zhao said.

Deputy editor Noah Sheidlower can be contacted at noah.sheidlower@columbiaspectator.com.