Sarah Kinsley, CC ’22, releases debut EP “The Fall” and catches herself with ease

Sarah Kinsley, CC ’22, releases debut EP “The Fall” and catches herself with ease 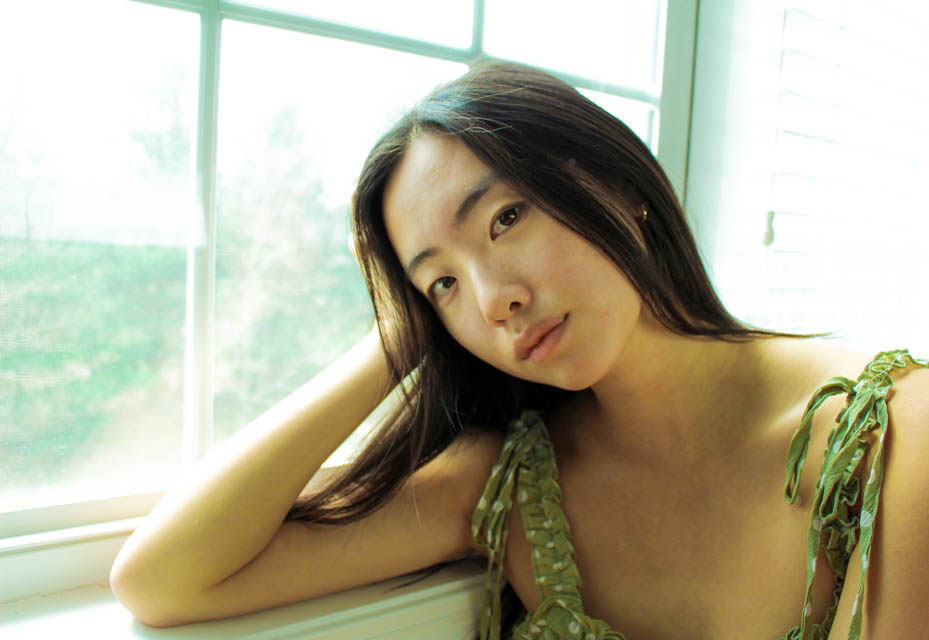 On her debut EP, Sarah Kinsley, CC '22, shifts seamlessly between genres, ranging from pop to indie and dance.

Sarah Kinsley Du, CC ’22—known professionally as Sarah Kinsley—sits in a room covered with post-it notes, piled with notebooks, and cluttered with old receipts, all filled with miscellaneous lyrics and potential song ideas. On April 10, these collections of random ideas culminated in the release of her debut extended playlist, “The Fall.”

“Messiness is the only thing that gives me enough room, freedom, to make something meaningful to me,” Kinsley said.

According to Kinsley, “The Fall” is largely inspired by her own personal relationships as she balances the highs and lows of romance on the road to self-discovery. Through an EP of six songs, Kinsley portrays idyllic images of young adults falling in love—and the thick air of melancholy surrounding them when they fall out of it.

On first listen, “The Fall” is filled with cliches about college crushes layered over airy pop instrumentals. However, it quickly becomes clear that Kinsley is concerned with a weightier fall: her own creative deep dive.

“During the winter months of my first year, I was confused as to who I was or what I was going to create,” Kinsley said.“It happened so fast once I realized what I wanted to do, and it felt like falling almost. I wanted to capture that idea again.”

On the EP’s opening track, “Open Your Eyes,” Kinsley’s voice floats gracefully over the song’s ethereal production. Her smooth harmonies invite the listener into the lush landscape that she creates through a simple, yet catchy drum pattern and synthesizer. The result is music that is simultaneously dreamy, yet clear-eyed. As she coolly chants the chorus, her vocals draw listeners into the song’s central message: Love takes on many forms, and you can be blinded to it by your perspective.

“The Fall” takes an unexpected segue into “Too,” a mellow song that contrasts with the whimsical opening track. The intimacy she achieves on “Too” is a double-edged sword: While the softness of her voice allows the listener to connect to the lyrics, it highlights her voice’s thinness in some moments.

“Mist,” a cinematic ballad about the limits of love within a toxic relationship, is the most somber record on the EP. It showcases an earthier sound that casts Kinsley’s vocals in the best light. Her emotional crooning over the glossy instrumental is one of the highlights of the record, but the song’s ending is anti-climactic, leaving the ear wanting more.

On her debut EP, Kinsley shifts seamlessly between genres, ranging from pop to indie and dance, highlighting her versatility as a songwriter and producer. This is best seen in the transition to the song “Serious,” a pulsating dance-pop track that pleasantly stands apart from the rest of the songs.

“You don’t want serious, and neither do I. So if it’s truly meaningless, then why are you on my mind?” Kinsley sings over a vocoder. The vocoder allows her to layer and alter the pitch of her voice to create an edgier sound that matches the mysterious lyrics on “Serious.”

The playful effects pair well with the all-too-familiar storyline of college relationships. The struggle to find intimacy in an age dominated by dating apps and hook-up culture allows for the miscommunications Kinsley so perceptively and cleverly writes about.

The EP reaches its peak on the title track, another ballad. This time, Kinsley finds herself in more control than ever. As she sings about the grimmest of subjects—the inevitability of death—she introduces us to the most emotionally honest version of herself, capitalizing on her vocal strengths to channel the raw emotion in her lyrics.

On closing track “I Can Feel It,” a vibrant Kinsley re-emerges, wiser from the experiences chronicled throughout the preceding tracks. She describes the bouncy, piano-backed track as capturing the feeling of embarking on new endeavors after experiencing a type of fall.

With “The Fall,” Kinsley has achieved her own honest pop sound that stands out against the status quo of manufactured pop stars. Although her softer register sounds best when juxtaposed with loud and poppy production, her lyrics are resonant enough to hold up in more reflective moments.

While romance narratives dominate the genre of popular music, Kinsley’s strength is in reminding us that there are silver linings in moments of darkness: Her melancholic tracks blossom into euphoria, dancing on the highs of self-love and self-discovery.

Above all, “The Fall” is the work of an artist who has fallen, but caught herself with ease.