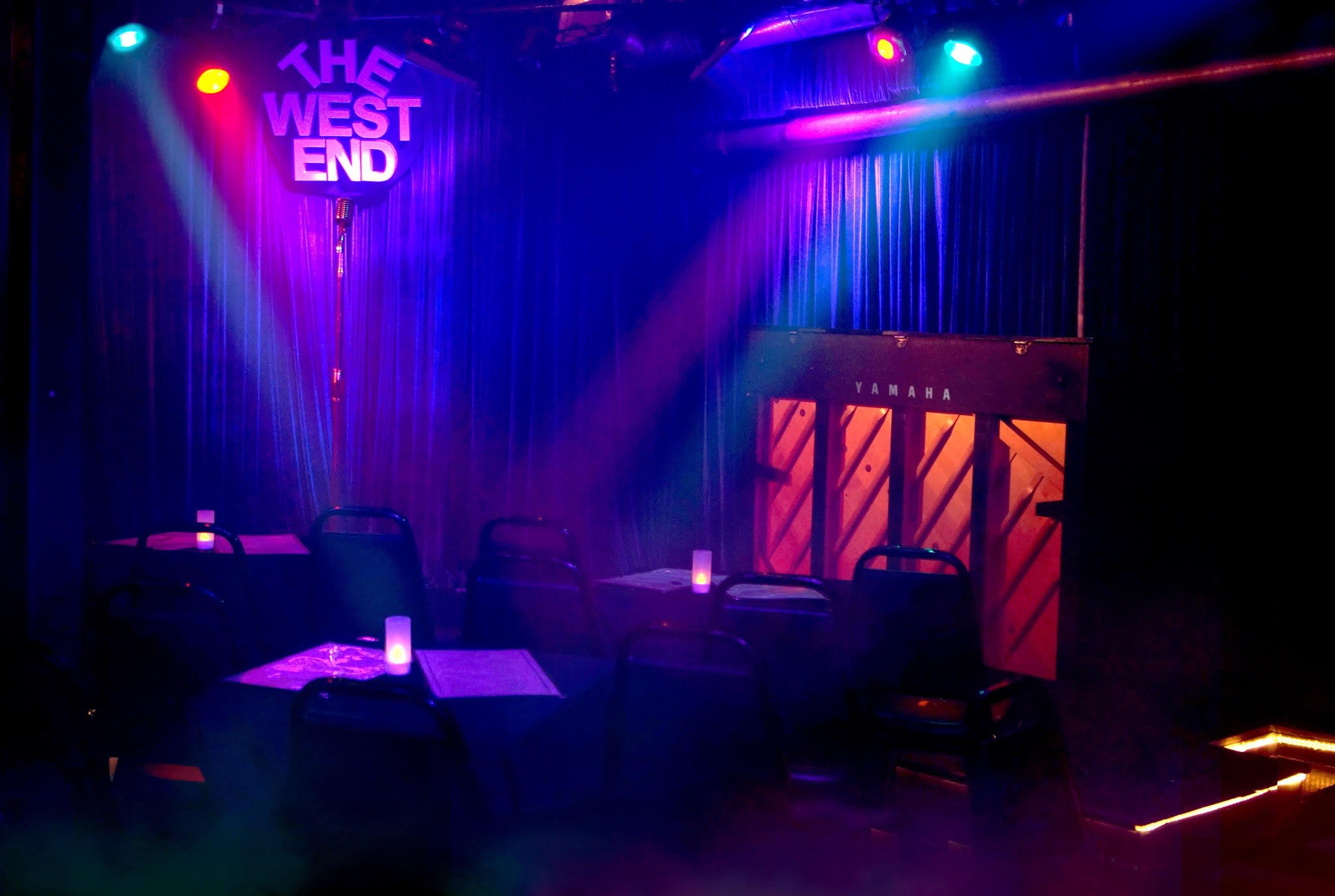 The coronavirus outbreak has forced live music establishments across the city to close their doors.

The West End Lounge, a bar and performance venue that has been a fixture of the Upper West Side since 1997, is known for its constant rotation of live entertainment ranging from concerts to drag shows. Over its 23 years of operation, it has warmly welcomed an enigmatic mix of performing talents, student musicians, and local patrons.

However, as the COVID-19 pandemic escalated during the first week of March, sending hundreds of students, faculty, and residents out of New York, everything started to change for the local venue.

“The attitude toward going out started to change,” West End Lounge manager John Forslund said. “We were fully booked out through June. Then shows were getting canceled left and right.”

So when Gov. Andrew Cuomo mandated that bars and restaurants close their doors and switch to take-out and delivery options by 8 p.m. on March 16, the West End Lounge had already been closed for two days after canceling or rescheduling over 200 shows.

The West End Lounge is not alone. The coronavirus outbreak has forced live music establishments across the city to close their doors. In Harlem, these venues include Shrine, Silvana, Smoke Jazz & Supper Club, Showman’s Jazz Club, and the Apollo Theater. At the time of publication, Shrine and Silvana had officially announced cancellations of two weeks’ worth of performances, while the Apollo Theater had canceled performances through June 30 and moved auditions for its famous “Amateur Night at the Apollo” to an online format.

For many businesses like the West End Lounge, the end of spring is usually their busiest time of year. An inability to host live shows will greatly impact how businesses will continue to function.

While just about half of his customer base is dedicated to the performers he brings in, Forslund estimated that 70 percent of the West End Lounge’s revenue comes from the performances.

For venue owners, the dangers of a prolonged shutdown can induce both immediate and long-term consequences. While other establishments like restaurants have the alternative revenue stream of takeout and delivery services to fall back on, establishments that rely on crowds to turn a profit are left by the wayside. And for the local performers who rely on these performance spots to generate their own income and build audiences, the potential ramifications of the COVID-19 quarantine measures are particularly bleak.

In recent weeks, the University has taken steps to aid the financial future of locally-owned businesses, offering two months of rent abatement for its tenants and digitally compiling economic relief resources through the Columbia-Harlem Small Business Development Center. On April 23, University President Lee Bollinger also announced that, with the help of the SBDC, the University is preparing to launch a loan program for local businesses. It is currently unclear what this program will look like and which businesses will be eligible to take part.

But as local businesses look for alternate revenue streams, places like the West End Lounge have turned to options like the GoFundMe that Forslund set up in order to support his staff. Other venues, like Smoke, have begun offering patrons pre-purchased gift cards, which will be redeemable at the bar for drinks when the venue reopens.

Forslund hopes that through a combination of the coronavirus relief bill and paycheck protection program loans, he will be able to get his staff back on a regular payroll by June 30. However, he still anticipates many hurdles on the path to recovery.

“Even if Governor Cuomo allows bars and restaurants to reopen, we have to analyze the market and figure out when it makes sense to actually open,” Forslund said. “How much sense does it make to reopen and have people who live off of tips [interact] with customers who don’t want to be in the same room around groups yet? It doesn’t make sense to open until the cultural impact is lessened.”

Any rollback of lockdown restrictions that does not allow for bars and restaurants to operate at full occupancy will likely be ineffective in combating the financial damage done by the outbreak. These venues often require full occupancy to bring in enough revenue. Performers, of course, also rely heavily on crowds for income.

For professional musicians who make the bulk of their income from playing shows around the city, the results of the shutdown measures have been particularly damaging. Prominent freelance musicians, like those who make up the local band Funk Shui NYC, have seen their livelihood dismantled one cancellation at a time.

Funk Shui NYC, a 13-piece ensemble that plays a combination of lounge music and “loud, funky jazz,” was slated to perform at Silvana on Friday, April 10. The band had booked a number of shows in February in order to promote its new album, “Shark NATO on an Airplane.” At the time of the album’s release, co-leaders Rob Susman and Dave Morgan anticipated the impact of the coronavirus outbreak on the city’s music scene. As a band, they only lost two shows. However, the band’s individual members had their own performances canceled or rescheduled every week into the foreseeable future.

“It’s obviously devastating because these jobs are gone. Even if they’re rescheduled, they’re gone,” Susman said.

Of equal concern is the virus’s impact on the career prospects of performers who are new to the New York scene. Susman and Morgan emphasized that their musical journeys have been deeply shaped by their ability to play in a live setting among some of the best musicians in the world.

“If you think of the New York music scene as a ladder, you can be at any step on the ladder and play with some of the greatest people in the world and build a career,” Morgan explained. “My concern is that the spaces between those steps grow when venues fold. The way to get from one place to another is a bigger leap. It’ll take a lot of love and care and support [for the music scene] to come back.”

For singer-songwriter Jason Ewald, the quarantine and its ensuing restrictions have resulted in a tight financial situation. Ewald has been living and working as a full-time musician in New York for about 12 years. At least 50 percent of his income comes from live gigs. His last gig was on March 13, and currently, his only source of income is teaching music online, though he only has a few students.

“I have no idea what the future’s going to look like,” Ewald said.

In an effort to mitigate the financial struggle that many performers are facing, some have been finding new, digital ways to continue doing what they love. Brooklyn-based recording artist and voice teacher Pyeng Threadgill has transitioned to the virtual new normal with online teaching gigs.

“Not a large portion of my income actually comes from performing. Probably in the 20 to 30 percent range, because I also teach,” Threadgill said.

The current situation has allowed her the flexibility to teach even more and to a broader audience. Since all of her lessons are already online, Threadgill has entertained the possibility of taking on new students outside of her Brooklyn bubble from Europe and California.

But temporary closures of small live music venues pose a prolonged threat not only to the professional development of up-and-coming musicians but to their creative development as well.

Kira Daglio Fine, CC ’18, performed at live venues near Columbia’s campus both before and after her time in college. Fine is known as the leader of the Columbia Big Band. Upon graduation, the ensemble decided to stay together under the name The Young Lions Orchestra, a nod to its Columbia roots. The band had a gig scheduled at Silvana for April 3 prior to the wave of cancellations. Fine spoke to the particular importance of live venues for those involved in jazz, a style that depends heavily on improvisation.

“As a musician, the point is to play with other people,” Fine said. “The whole point of playing jazz, pretty much, is to interact in real-time with other musicians within the vicinity.”

Without live venues, this real-time interaction is essentially impossible.

Drummer Robert Lotreck, CC ’22, is acutely aware of how vital live performance opportunities are to the development of budding musicians. As someone who intends to pursue a career in music after graduation, Lotreck sees venues like Silvana and Shrine, which have no cover charge and allow bands to keep tips, as “perhaps the most accessible venues in the entire city.”

Of course, that accessibility is nullified when venues close. For Lotreck and many of his musician friends, the future of how they will continue to build a fanbase and earn income without the ability to play shows is uncertain.

For pop singer-songwriter Maude Latour, CC ’22, the current restrictions have halted many of her upcoming musical opportunities, as she was slated to perform at the musical festival South by Southwest this spring. Despite the loss of this opportunity, Latour has been doing a lot of reflection on what the true purpose of music should be.

“I want [my music] to be something people can look forward to,” she said. “Music really can make you feel good for two minutes and thirty seconds, and I do think the more of that, the better.”