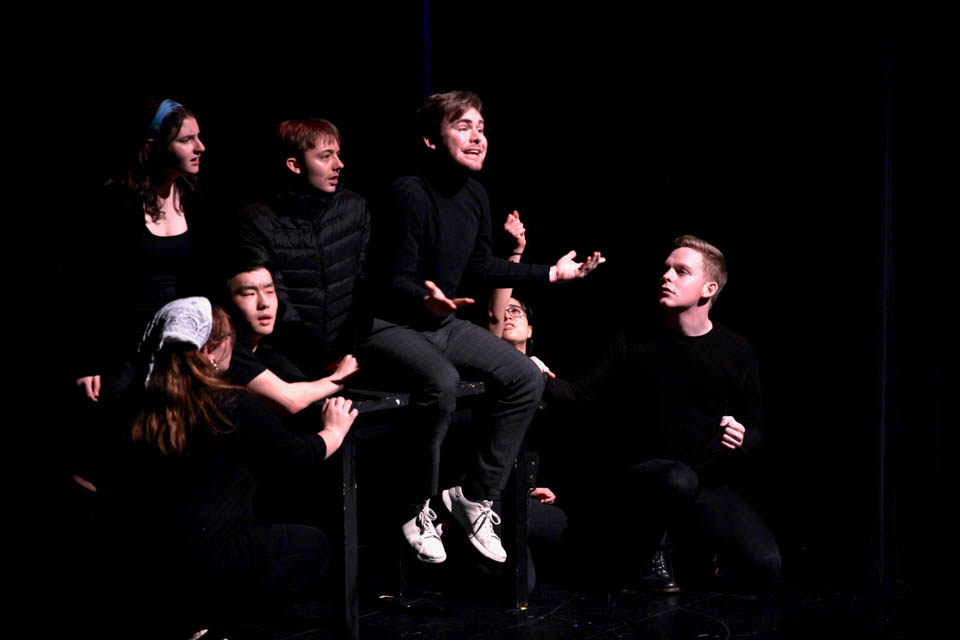 As the University weighs whether to restart in-person classes in the fall, performing arts groups on campus are struggling to plan for the future.

Following the move to virtual learning and the cancellation of activities on campus in March, student theater groups were forced to cancel or postpone their productions to the following semester. But as the number of confirmed COVID-19 cases rises to nearly 170,000 in New York and the University weighs whether to restart in-person classes in the fall, performing arts groups on campus are struggling to plan for the future.

Prior to the announcement, Columbia University Players was putting the final touches on its production of “The House on Mango Street.” Shortly after the move to online classes, the board members scheduled a meeting to discuss their future plans, which include producing the play as part of the fall season.

“Typically for the fall, we take on two full-length shows. We’re going to take on one and we’re going to keep ‘House On Mango Street’ on our roster. It’ll be directed by different students, but otherwise, we are going to try to maintain as much of the original production team and production elements as we can,” CU Players President David Ehmcke, CC ʼ20, said.

Fortunately, the majority of the cast and crew is made up of underclassmen, so many of the same students will return to honor the play’s mission to highlight narratives of those affected by domestic violence, sexual harassment, and racism onstage. They will also keep the vision of the original director, Nicole Leon Elvir, CC ’20, in mind.

NOMADS, which stands for New and Original Material Authored and Directed by Students, had also planned to perform their play “Ad Nauseum,” written by Raefah Wahid, BC ’20, after spring break. They were about two weeks away from tech week when the announcement to cancel in-person classes was released. Now, team members are weighing their options, which include potentially putting up the show in the fall, but are currently unsure how to proceed.

“I know we have graduating seniors involved. We really don’t have any answers. We’re taking it day by day right now,” director Evan Smolin, CC ʼ23, said.

Similarly, the Columbia Musical Theatre Society had planned to perform “Fame” the week after spring break. Their production was preparing for tech week with actors off book and the crew familiar with their cues. After learning that students would not be returning to campus following the break, the board brainstormed alternative plans to share their work on “Fame” with the Columbia community, although they will probably not put up a full-fledged production of the show in the future.

“We were thinking about potentially putting on a concert version of some of the musical in the fall. We think it would likely have to be absent costumes or character work or choreography, and more just a solely vocal experience,” Fame producer Elena Cole Messinger, CC ʼ22, said.

Messinger added that the uncertainties around booking a performance space in the fall are another hurdle that makes it difficult for the board to make plans.

“Which spaces on campus are available is also what we are navigating, so it’s really dependent on what the timeline looks like for the fall,” she said.

Among the many productions originally scheduled this spring, the 126th Annual Varsity Show—scheduled to open this weekend—will be postponed until the upcoming fall as of right now. Seniors in the Varsity Show, including co-producer Antara Agarwal, CC ʼ20, plan to be as involved as possible in the fall version of the show, whether virtually or physically.

“At the time [of the announcement] we were pretty sure there would be a fall semester. Now, of course, that’s also up in the air, but I think that’s pretty much been our plan. In light of that, we’ve gone on writing and editing our show in the hopes that we get to perform sometime in the future,” Agarwal said.

Co-producer Nakiri Gallagher-Cave, CC ʼ21, noted that the show’s finances are also in question in light of the move off campus.

"We’ve submitted our allocation packets like we do every year, but it’s uncertain how much money they’ll be dealing with to give to us, so I think that's our biggest concern,” Gallagher-Cave said.

Considering these unprecedented circumstances, the Varsity Show is giving all previously involved students the option to either remain involved or opt out of the future production.

“We believe that it’s a story that deserves to be on stage, now more than ever. The Varsity Show is something that I think a lot of Columbia students can unite around. It’s something that is very representative of the graduating class,” Gallagher-Cave said.

While students are not physically interacting with the theater community on campus, these student groups have been taking advantage of social media and Zoom to stay connected. CMTS choreographers Sophie Visscher-Lubinizki, BC/JTS ’21; Lydia Paris, BC ’21; and Andrea Patella, BC ’21, taught popular musical dance numbers—“Who’s Got the Pain?,“ “Carrying the Banner,“ and “I Hope I Get It,” respectively—on the CMTS Instagram Live.

NOMADS has been hosting weekly “Playwriting Bake-Offs,” open to both current students and alumni. Each Monday, students are given a list of “ingredients” or elements that must be included in their plays. They then have about a week to craft an original play before reading their work over Zoom the following Sunday.

“We’ll give you the ingredients, you’ll cook up a short play!” they wrote on their Instagram page.