Black in ballet: Dance Theatre of Harlem highlights the role of Black dancers in a historically white art form

Black in ballet: Dance Theatre of Harlem highlights the role of Black dancers in a historically white art form 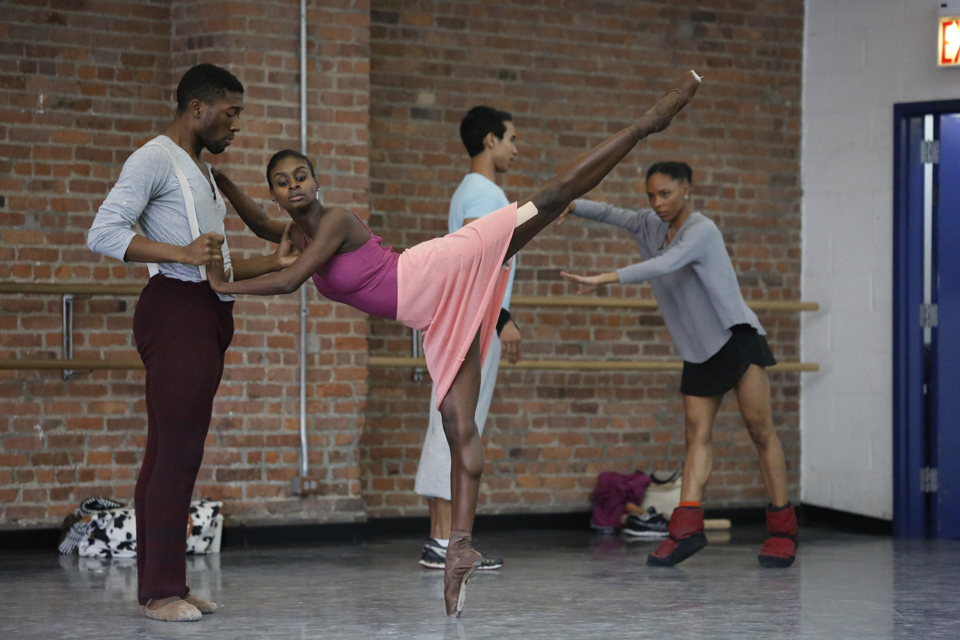 Dance Theatre of Harlem challenges the narrative that whiteness is essential to the aesthetics of ballet.

“Swan Lake” is a white ballet.

In the ballet community, the term “white ballet” describes a work featuring scenes with snowy or ghostly backgrounds and dancers in white tutus so pale they appear grayish-blue in the light. It fits the aesthetic of the classic work.

But the whiteness of "Swan Lake" extends beyond the show's aesthetic—ballet has historically been eurocentric, originating during the Italian Renaissance in the 15th century. Even today, most ballet companies around the world are almost entirely composed of white dancers.

Dance Theatre of Harlem was founded to combat the narrative that whiteness is essential to the aesthetics of ballet. To Anthony Santos, a company artist with DTH, being able to perform in such classic and historically white works as “Swan Lake” provides a sense of hope and progress.

“We have to show people that this is the future when you go to see ‘Swan Lake,’” Santos said. “‘Swan Lake’ should be so colorful on stage. You should not only see one Black person on that stage.”

The United States is currently confronting its racial inequality, specifically anti-Blackness. Santos feels that within the world of ballet, there is a push to demonstrate a previously unseen appreciation for Black dancers.

“I find that a lot of companies actually want to showcase their Black dancers now,” Santos said. “For the first time in history, being Black is important.”

Juliana DeVaan, CC ’19, came to research DTH and its founder Arthur Mitchell in 2017. As an intern at the New York Public Library for the Performing Arts at Lincoln Center, DeVaan had access to Mitchell’s newly donated archives, which were being featured in an exhibition.She wrote her thesis about Mr. Mitchell’s personal history and experiences as they relate to DTH.

DeVaan began dancing at the age of three, but was greatly influenced by artistic director Donald Byrd and the Spectrum Dance Theatre in Seattle, Washington, where she learned the value of using art to speak on social issues.

“That informed the way I see dance as something that goes beyond just performing or movement, or just something that reflects culture,” DeVaan said. “It actually generates culture.”

DeVaan sees Black companies such as DTH as integral to the growing conversation regarding Blackness in ballet, and dance at large.

“There’s so much dialogue about, ‘How do we do decolonial, anti-racist dance pedagogy,’” DeVaan said. “So many departments are set up to teach ballet as the ‘foundation,’ and that’s not the case.”

Devaan’s belief that Black dance should be at the forefront of the conversation when teaching inspired her to double major in dance and race and ethnic studies in her freshman fall semester.

“Otherwise, I wouldn’t have had that realization and belief that this gift we all love, that’s circulating on TikTok and music videos, that’s Black dance,” DeVaan said.

While there is much work to be done, DeVaan has noticed a recent change. While the color of shoes might not seem like a major issue, many Black dancers identify with the narrative that the default ballerina should be pale enough to match the color of the pink shoe. DTH has been letting their company costumers dye dancers’ shoes for many years as another symbol of their commitment to diversity within the artform.

“I feel like it was during this heartening, revolutionary round of protests that pointe shoe companies committed to making not just ballet pink shoes,” DeVaan said. “That was a huge DTH thing, that you were actually allowed to have lines that extended your body versus cut it off.”

Santos, who has been with the company for three years, is taking note of these changes and hopes that the effects of this social justice movement will be long lasting in the dance world.

“We’re getting more attention because of what’s going on in the world, which is fine,” Santos said. “But keep that same energy when we get to a happier place, when things are better, when our justice system is wiped clean and built the right way again. When we create a safe space for everyone.”

While there has recently been a push to showcase Black art and Black voices, Santos notes that this is nothing new for DTH.

“We’ve been fighting this good fight for years,” Santos said. “This is nothing new to us. This may be new to you, but welcome to our life.”