Rankine’s “Citizen: An American Lyric” is added to the Literature Humanities syllabus

Rankine’s “Citizen: An American Lyric” is added to the Literature Humanities syllabus 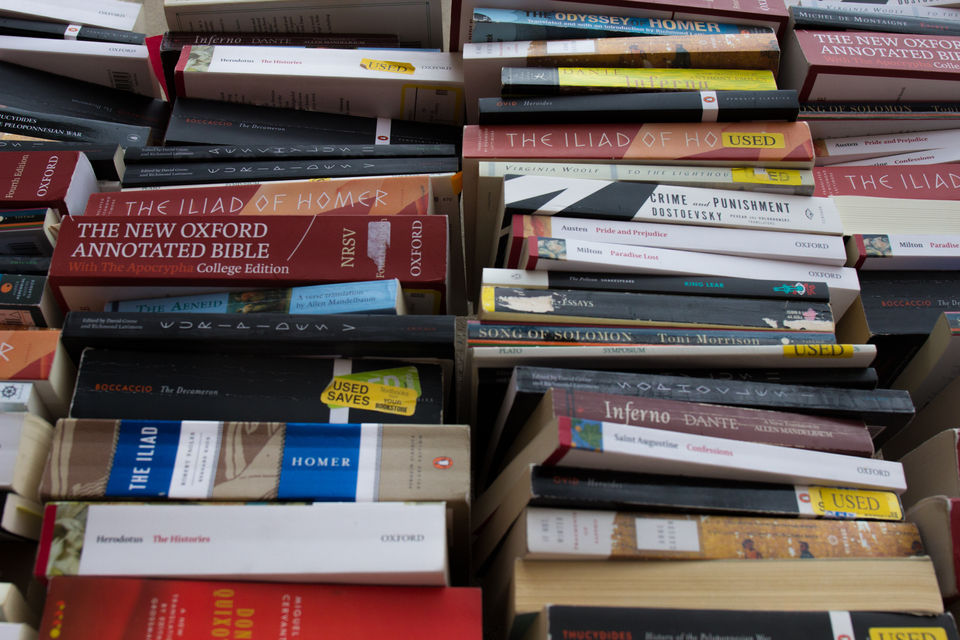 The decision to open the Literature Humanities course with “Citizen” instead of the “Iliad” is a response to the Black Lives Matter movement.

Amid this year of many changes, another was announced to Columbia’s undergraduate class of 2024: “Citizen: An American Lyric,” by Claudia Rankine, SoA ’93, has been added to the Literature Humanities summer reading list.

The decision to open Lit Hum with “Citizen” instead of the “Iliad” is a response to the recent surge of the Black Lives Matter movement, according to Joanna Stalnaker, the Paul Brooke program chair for Literature Humanities.

“We will read other works through Rankine. There’s something about that positionality of the first work that really sets the dialogue and sets the tone for future discussions,” Stalnaker said.

“Citizen” provides a detailed look into the Black experience and engages in conversations about racial injustice and microaggressions. Stalnaker noted how Rankine builds upon, yet also challenges, the tradition of lyric poetry established by Sappho. The experimental nature of “Citizen”—a combination of poems, essays, videos, commentary, and art—also “stretches the definition of what literature is and what literature can do,” according to Stalnaker.

Stalnaker said that “Citizen” explores addressing a person through different pronouns—and how language can be hurtful through the ways we address each other.

“[Rankine writes that] the amount of power that the ‘I’ has is just ‘insane,’” Stalnaker said. “Who has occupied the ‘I’ traditionally? What does it take to be able to occupy the ‘I'? When a person is enslaved and denied their personhood, to what extent are they denied access to that [power of the ‘I']?”

Rankine’s “Citizen” is the most recent in a series of additions made to diversify the Lit Hum syllabus, beginning with Toni Morrison’s “Song of Solomon,” which was added in 2015. The last two years have seen a surge in faculty’s discussions about the lack of authors of color within the Core after Julian von Abele, CC ’21, harassed a group of Black students outside Butler Library in a white supremacist tirade in December 2018. The “Contemporary Core” component of the Lit Hum fall syllabus was first introduced last year when Suzan-Lori Parks’ trilogy of plays “Father Comes Home from the Wars” was added to the syllabus.

Stalnaker emphasized the importance of framing Lit Hum with “Citizen” to prepare students for discourse on Morrison and race in the second semester, as well as to encourage students to debate the western canon’s value and exclusions.

Roberta Hannah, CC ’24, said that her high school’s reading lists were not inclusive of minority voices, save for the occasional work by Morrison.

“It felt as though the curriculum didn’t reflect the students that are a part of it, which in a way sends the message that our identities aren’t a priority,” Hannah said.

However, she looks forward to discussing “Citizen” in Lit Hum, which she described as a text that diversifies the curriculum.

“Seeing a level of diversity within the texts, within subject matters, and within the authors broadens how you can really interact with the text and who is interacting with the text.”

It is Stalnaker’s hope that “Citizen” can act as a venue through which students can talk and learn about the everyday forms of racism and microaggressions that are present on college campuses.

Having read “Citizen” in his high school American literature class, Alex Zhang, GS ’24, said that since Columbia is much more diverse than his high school, he is excited to reread the text with students from different backgrounds.

“I look forward to all those interesting opinions, perspectives, [and] experiences,” Zhang said.