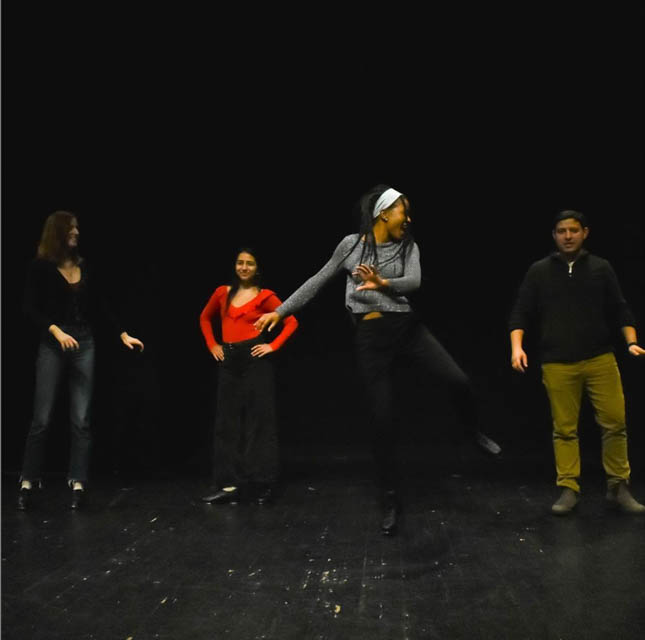 In light of the recent events related to the Black Lives Matter movement, UnTapped is highlighting something that is often overlooked in tap dancing: its Black heritage.

Tap dancers speak their own secret language—and they speak with their feet.

“That’s sort of [tap dancing’s] foundation,” Andrea Patella, BC ’21, the vice president of Columbia’s tap-dance group UnTapped, said. “If you’re in a jam circle and people are going one at a time, what they’re saying with their feet … can tell a story.”

Founded in 2015, UnTapped traditionally brings tap dancers of all levels together through dance lessons, fully-choreographed sets, semesterly showcases, and improvisational “jam circles.” More recently, in light of the recent events related to the Black Lives Matter movement, UnTapped is also highlighting something that is often overlooked in tap dancing: its Black heritage.

“Tap dance is rooted in Irish jig and African tribal dance,” Patella explained. “Specifically, when slaves were not allowed to communicate with each other, they would use rhythms and the sounds of their feet to communicate.”

Tap dance spread throughout the United States during the 19th century through minstrel shows, but eventually made its way to Broadway and even Hollywood due to its popularity in Vaudeville performances. Despite their role in shaping the entertainment industry, Black tap dancers often received little recognition.

The Black dance form’s history was brought to the dance community’s attention over the summer. In an open letter to Barnard Provost Linda Bell and dance department chair Paul Scolieri—which has since been deleted—former adjunct lecturer Margaret Morrison, BC ’83, said that Barnard had decided to cut all tap dance courses, including history and performance courses that are crucial to understanding the legacy of Blackness in dance.

“The [tap] history course is one of the few in the department to teach the legacy of minstrelsy and anti-Black stereotypes and to address complex issues of race, gender, resistance, and stylistic innovation in American popular performance history,” Morrison wrote.

While Morrison’s teaching contract was not renewed, the department said tap courses will still be offered in her absence. However, there are no tap dance courses listed in the Columbia class directory for the fall 2020 semester.

The letter received support from Barnard and Columbia students as well as dance professionals from outside the University community, and it reminded UnTapped members that tap dance has been regarded differently from other types of dance at Barnard.

“It has a very different history than ballet, modern, contemporary, and all the other genres that [Barnard is] pretty much favoring,” UnTapped president Olivia Hussey, CC ’22, said. “Other genres have multiple teachers … but for tap, we had one teacher [Morrison] doing everything.”

Since the start of the school year, UnTapped has taken to its Instagram page to highlight the Black legacy of tap dancing, researching and sharing information about influential dancers and their achievements. Additionally, they plan to host tap film nights to encourage open discussion about its history.

“As tap dancers, it’s important for us to know the history of our own art form and also to push for anti-racism in the dance industry,” Patella said.

Editor’s note: Head copy editor Sarah Braka is the treasurer of UnTapped. She was not involved in the editing of this article.