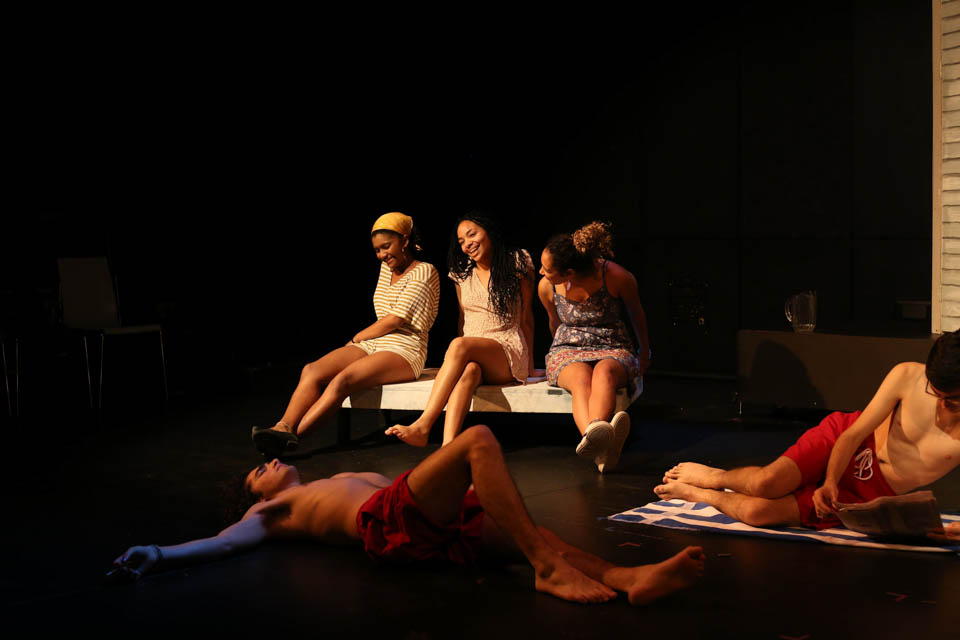 Student theater groups that had planned to bring their shows to life after spring break or present them in the fall were forced to confront uncertainty. Now, they are facing the certain challenges of an all-virtual season.

While the curtains remain closed, stage lights off, and plush seats empty, Columbia’s theater groups will not stay silent this fall. Through an array of festivals, cabaret performances, mainstage productions, and even a radio show, performance groups are coming together virtually to bring theater to the Columbia community from across the world.

Following the cancellation of all in-person classes and transition to online learning last spring, many student organizations canceled, postponed, or adapted their events to a virtual setting. Among them, student theater groups that had initially planned to bring their shows to life after spring break or present them in the fall were forced to confront uncertainty. Now, they are facing the certain challenges of an all-virtual season.

Much like a traditional semester’s offerings, the Columbia University Players will be producing a mainstage production of Liza Birkenmeier’s play “Radio Island,” in addition to a one-acts festival. Similarly, NOMADS, or New and Original Material Authored and Directed by Students, is presenting “Lily Kepler and the Graveyard Shift” by Sara Bell, CC ’21, a story about protecting your loved ones, letting go, and realizing that sometimes the Earth just needs to shatter. The group is also presenting its usual Wordplay Festival, which includes five student-written works, and a radio play titled “Murder Between the Lines,” written by Evan Smolin, CC ’23. The 1930s murder mystery play involves riddles, ulterior motives, and, of course, some bone-chilling killing.

After postponing its spring semester productions, NOMADS began to hold weekly Playwriting Bake-Offs that invited students to use a given list of “ingredients” or story elements to write a play, which would later be read over Zoom. These playful events will continue this semester.

“I really think a lot of people are feeling Zoom fatigue and don’t necessarily want to be involved with a full show, but still want to do something theater-y that is not super serious,” NOMADS President Kalina Ko, BC ’21, said.

The Black Theatre Ensemble generates community through theater driven by a mission: to showcase work by and for the Black community.

“It’s just genuinely one of the few spaces on campus where I feel like I can be myself and not have to perform, despite us being a performing arts group,” BTE treasurer and producer, Emily Ndiokho, BC ’22, said. “I think [our work] allows for a certain kind of vulnerability that isn’t always accepted or appreciated on campus.”

This semester, BTE will explore students' homes as performative spaces through a mainstage production of an original work by Kambi Gathesha, GS ’14; a staged reading of “Sons of Liberty” by Cris Eli Blak; and the 23-hour musical “Puma Girls,” a spin off of Disney’s “Cheetah Girls” franchise.

BTE co-president Madison Hatchett, BC ’22, explained how her approach to theater-making has shifted in the virtual world.

“I took Directing II last spring and we had gone from being in-person to being virtual, and the shift of how you have to think about other people’s faces is really interesting. I’m excited to work with actors and make it an even more intimate process for them as we are kind of injecting ourselves into their lives and what they have available [at home],” Hatchett said.

BTE serves not only to highlight the voices of the Black community, but also to educate and start conversations around Black representation in theater. Ndiokho hopes that audiences will consider the types of roles that Black actors are given and examine racial disparities in representation, onstage and off.

“Hopefully, we will inspire folks who haven’t been involved in BTE or really seen us as a valued theater group on campus to understand why we exist and why we do what we do,” Ndiokho said.

While students cannot come together physically, Columbia’s oldest performing arts tradition will bring us together virtually. For the first time ever, the school year will see not one but two Varsity Shows. Much of the creative team and cast wanted to bring last spring’s show to life virtually in the fall, according to producer Nakiri Gallagher-Cave, CC ’21.

“It’s a whole semester of a commitment that none of us really signed up for, but everyone was really excited to keep working,” Gallagher-Cave said. “For a hot second, we toyed with waiting until the spring [of 2021], but it really seemed like we would just be postponing a virtual production anyway.”

Unlike previous Varsity Shows, this semester’s show will be produced and distributed to the Columbia community as a film, likely by winter break.

“We’re sort of making a movie, which makes it feel a bit less like a substitution,” Gallagher-Cave said. “We wanted to do something that was completely different than the original plan because we didn’t want it to feel like we were trying to create a show in Roone [Arledge Auditorium] that was not going to be in Roone.”

Additionally, the Columbia Musical Theatre Society is hosting two cabaret-style performances, and the King’s Crown Shakespeare Troupe is producing two showcases of scenes from Shakespeare’s works, as well as an adaptation festival. Latenite Theatre will be producing some “experimental and funky” content throughout the semester. Closing out the fall performance season, Columbia’s secular, student-written musical XMAS! will be exploring what the holiday season will look like in a virtual format.

“[Theater is] something that we want to give to the Columbia community that will hopefully be something fun in this weird semester,” Gallagher-Cave said.