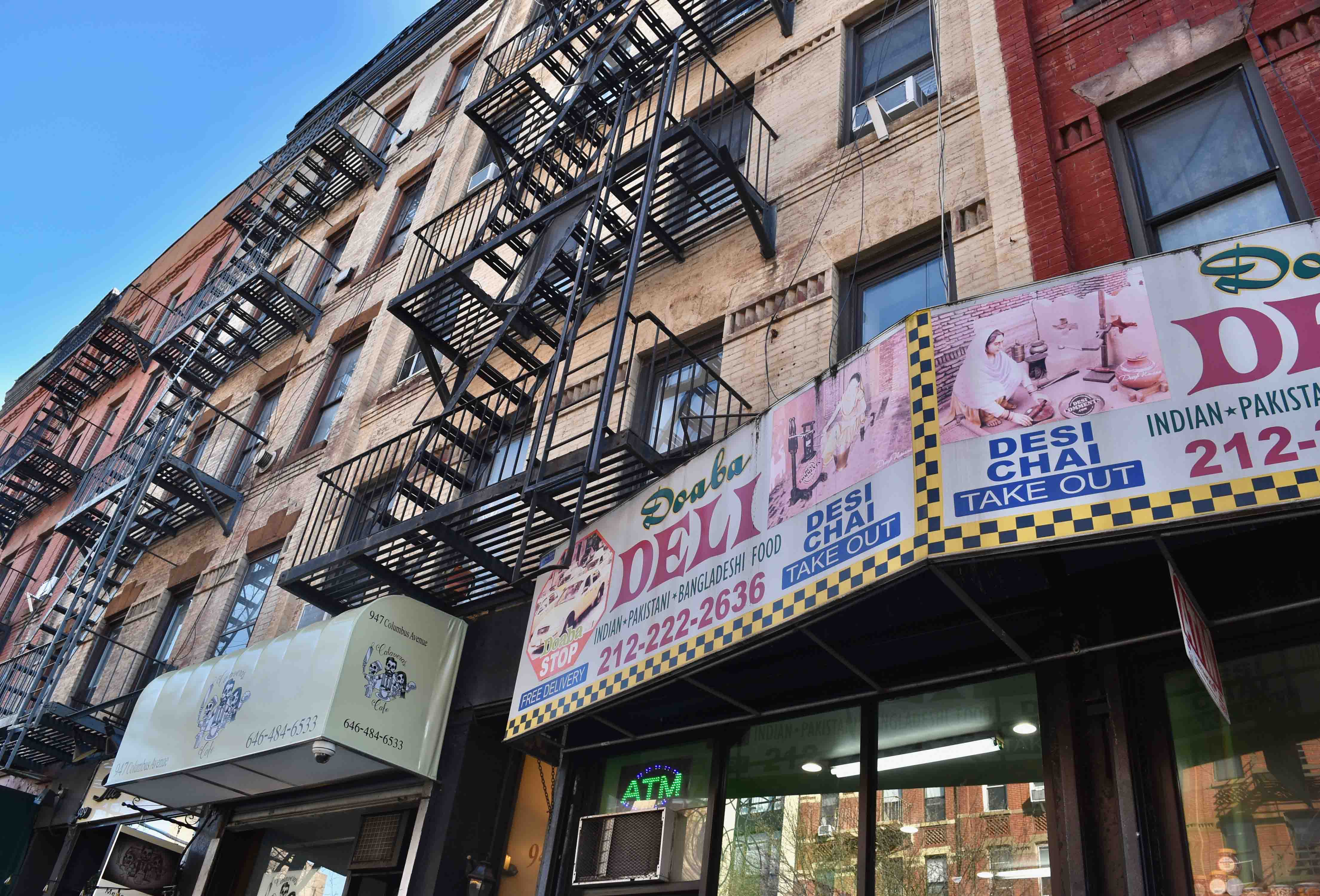 In an area that many locals deem Little Dominican Republic, Indian flavors also have a bold presence. While Indian eatery Roasted Masala on Columbus Avenue closed during the pandemic, many Indian restaurants in Morningside Heights have quickly adapted to outdoor-and indoor-dining models to keep the spices and flavors of Indian cuisine alive. Eight Indian restaurants, from hole-in-the-wall North Indian vegetarian eateries to elegant Indian-Nepali fusion restaurants, find their homes within walking distance from Columbia.

This hole-in-the-wall eatery features vegetarian dishes from the Indian state of Punjab. Held tightly in the hearts of Columbia students, Doaba Deli is known for its cheap prices and flavorful food. The restaurant’s small interior normally seats only a few diners, but its proximity to Central Park makes takeout an opportunity for a cheap picnic with friends.

With naan costing a mere $1.50 and entrees ranging from $5 to $7, students can feast without emptying their wallets. Customers return time and time again for the great service—employees are always ready to give helpful recommendations. Crowd favorites include shahi paneer, a tomato cheese dish, and aloo paratha, a popular bread dish from the Punjab region. In addition, various juices and milkshakes going for as cheap as $1.95 can satisfy any craving.

Moving away from the vegetarian Indian scene, Himalayan Curry House serves proteins like shrimp, chicken, lamb, and goat alongside vegetable dishes. The restaurant specializes in both Indian and Nepalese cuisines. Nepalese cuisine is more similar to Chinese and Tibetan food in that it focuses more heavily on dumplings than Indian food. The restaurant’s Himalayan Kitchen options feature Tibetan dishes such as momo, a South Asian-style dumpling filled with vegetables or chicken and other spices like cilantro, garlic, and ginger.

To accompany the entrees, Himalayan Curry House also features three types of pav bhaji, an Indian specialty consisting of curry and a side of soft bread. Biryani, an Indian rice dish prepared with spices like saffron, is also prominent on their menu, served with vegetables, shrimp, chicken, lamb, or goat.

With such an extensive menu, the delivery and takeout deal is a great way to try many of the eatery’s dishes. For $16, customers can indulge in basmati rice, naan, cucumber raita, tamarind chutney, mint chutney, rice pudding, and their choice of an appetizer and entree. Customers can also find casual seating outdoors and indoors if they desire.

For dinner on a special occasion, Aangan is the place to go. Dishes prepared with proteins like chicken, lamb, and goat are served alongside a diverse assortment of raitas like cucumber and boondi, chutneys like tomato and eggplant and garlic, and pickles that make their meals stand out.

Aangan features a takeout deal that rivals that of Himalayan Curry House. For $17.95, customers can order their choice of an entree and appetizer along with basmati rice, naan, cucumber raita, mango chutney, and red and green chutney. Although the prices cannot compete with those of Doaba Deli, this deal allows diners on a budget to taste many of the flavorful dishes at Aangan.

Aangan has outdoor and indoor seating overlooking the busy intersection of 103rd Street and Broadway. A cozy yet dressy interior complements the warm, spicy flavors of the food.

Additionally, the menu features various chicken, vegetarian, lamb, goat, and seafood options, often prepared in specialty sauces like yogurt, cashew nut, and vindaloo spices. Many of these options can be found in their lunch box specials which include an entree, vegetable of the day, dal, rice, and naan or roti. Prices for the boxes range between $10.95 and $13.95.

Manhattan Valley also features a number of Indian-style cocktails which cannot be found at any other restaurant within walking distance of Columbia. Such drinks include Jassi Ki Lassi, a mango juice based drink with strong flavors of vodka and yogurt, and Madras Mango Mojito, which features mango, lime juice, and brandy. Among non-alcoholic beverages available on the menu is the classic mango lassi, a slightly sweet drink made with mango pulp and homemade yogurt. Manhattan Valley is open for takeout, delivery, and outdoor and indoor dining.

Aamber is Morningside Heights’s resident vegan Indian restaurant. As stated on its menu, “Vegans are happiest when they know for sure that Paneer is unheard of and tofu rules supreme in this vegan kitchen!”

Chapati House, an eatery in Manhattanville that resembles the setup of Chipotle, is notable for its “choose your meal” deal. Customers begin by choosing either a chapati roll, rice bowl, or salad bowl. After choosing this base, customers can add basmati or brown rice, an entree, toppings, and spices. The prices of these meals range from $9.50 to $11.75. Entrees include chickpeas and spinach, chicken tikka masala, and lamb bhuna, which is lamb with onion flavors. Their spices, which include tangy tamarind and yogurt coriander, complement the strong flavors in the entrees.

Customers who wander into this vibrant blue Amsterdam Avenue joint will be greeted by the infatuating smells of Indian spices that have seeped into the eatery’s walls since it opened in 2005. There, they can enjoy 14 variations of the Bombay frankie, which can also be found on Chapati House’s menu.

Roti Roll is known for its low prices and expertise in the art of the frankie. The most expensive frankie at $8  is the shrimp methi malai, which is shrimp cooked with sour cream and spices such as cumin and coriander. However, for hungry students wanting a cheap and filling meal, popular options include the aloo masala frankie, which is loaded with spiced potatoes and sweet peas for $4.50.

Roti Roll also sells finger foods including hot aloo fries, samosas, and chicken lollipops that can be enjoyed nearby at Central Park or Riverside Park because outdoor seating is limited.

Curry King claims one of the largest, most diverse Indian menus in the area. Open for takeout and outdoor seating, the restaurant features all of the options available before the pandemic. In addition to Indian cuisine, Curry King also serves Chinese, Pakistani, and Bangladeshi cuisines.

The menu boasts a large selection of naan and rice options to accompany entrees, such as  fresh mint naan and Chinese vegetable rice. The Chinese vegetable rice is just one example  of how the chefs have combined different cuisines: The basmati rice provides an Indian twist to a classic Chinese dish. Other culinary fusions include beef chilli and sesame cheese naan. Curry King also serves the usual suspects of seafood, chicken, lamb, goat, and vegetarian entrees, but includes beef entrees found at no other Indian restaurants nearby, such as beef paya and beef chili. However, the most monumental item on the menu is a full leg of lamb weighing three pounds that requires 24 hour notice before pickup. An Indian specialty, this $80 meal for four is ideal for a socially distanced gathering.