A spicy serving of Chinese cooking in Morningside Heights

A spicy serving of Chinese cooking in Morningside Heights 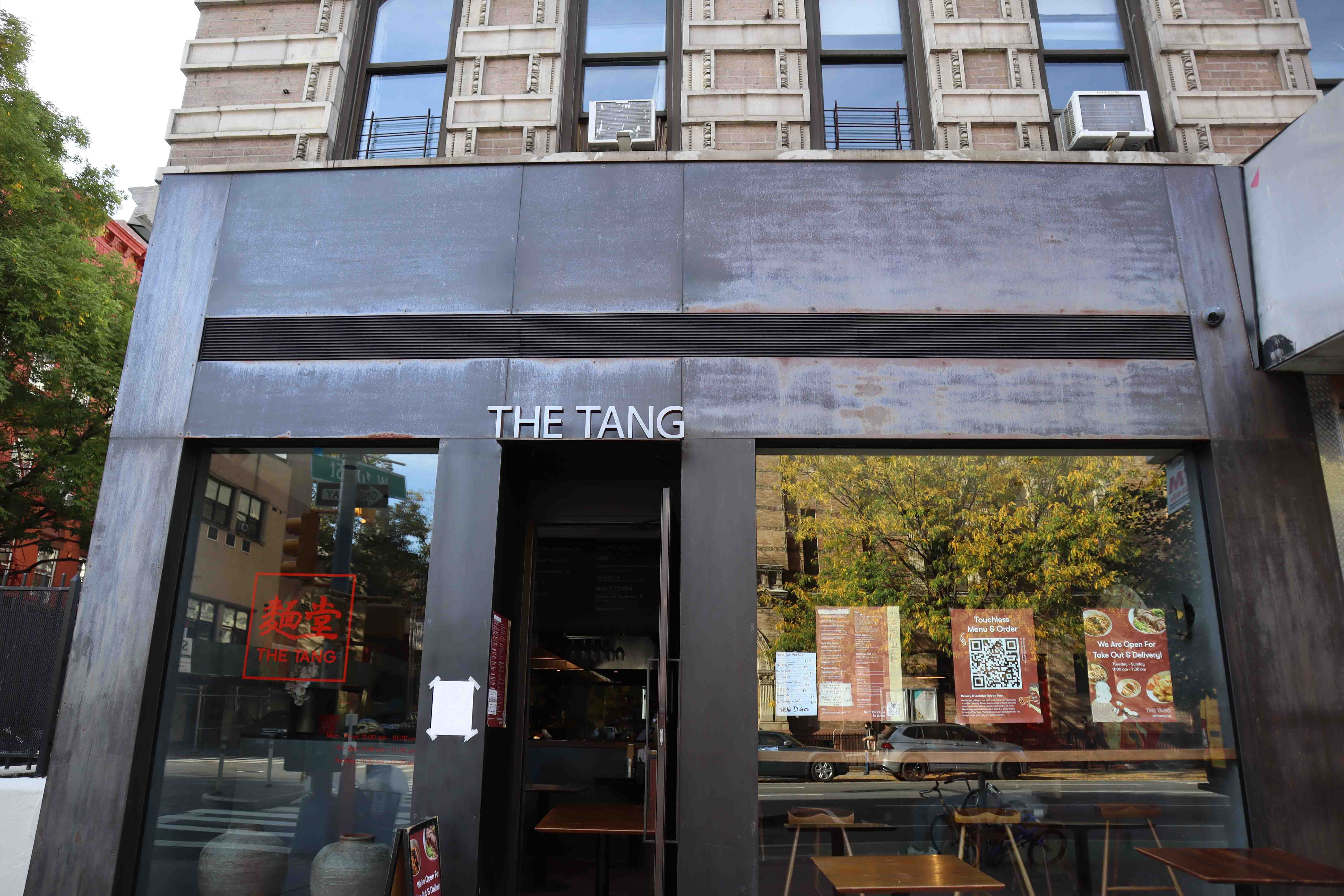 Chinese restaurants in Morningside Heights mostly bounced back over the summer, with many now offering outdoor and indoor dining. In total, 10 Chinese restaurants within walking distance of Columbia continue to provide Chinese food spanning the country’s many regions, from Uyghur cooking to Cantonese dim sum.

New York City is home to the largest Chinese population outside of Asia, with over 100,000 Chinese residents in Manhattan. Although Morningside Heights has never been considered one of New York’s nine recognized Chinatowns, it houses over a dozen Chinese restaurants specializing mainly in Sichuanese and Hunan cuisines.

Due to factors like unsafe conditions for commuting to work, closed food suppliers, and xenophobia, many Chinese restaurants in Manhattan have been shuttered since the city’s lockdown back in March. Some, like Uncle Luoyang, have permanently closed, while others like Szechuan Garden are temporarily shuttered. During the pandemic’s peak in mid-April, 59 percent of independent Chinese restaurants nationwide had stopped accepting debit and credit card transactions, indicating they had shut their doors.

Chinese restaurants in Morningside Heights mostly bounced back over the summer, with many offering outdoor and indoor dining. While Yu Kitchen has been serving up spicy Northwest Chinese fare, Flor de Mayo has continued offering its signature Chinese-Peruvian fusion cuisine. 10 Chinese restaurants within walking distance of Columbia continue to provide Chinese food spanning the country’s many regions, from Uyghur cooking to Cantonese dim sum.

After being closed from April through early September, The Tang has returned to serving contemporary Chinese comfort food. The restaurant attempts to break away from the traditional while maintaining its authenticity, serving modern interpretations of spicy and fragrant Sichuan and Beijing dishes. The restaurant’s menu blends regional cuisines with a focus on Northeast and Central China and mimics China’s street food scene.

The restaurant will remain open for outdoor seating, takeout, and delivery, but will not resume indoor dining until at least next month. Outdoor diners eat from single-use containers for sanitation purposes.

Cold dishes range from Xinjiang-style chili pepper chicken to sour and spicy fern root noodles to shredded potato in chili sauce. Homemade dumplings include cabbage and pork, lamb and carrot, and Xi’an beef dumplings in a sour and spicy soup. The restaurant draws from Chongqing, Xi’an, and Uyghur cuisines, which are reflected in dishes like Wulong steamed pork with sticky rice, cumin lamb, Lanzhong beef noodles, and Sichuan pork feet in a house special sauce.

Also popular at Yu Kitchen is malatang, a common type of Chinese street food described as “spicy numbing hot soup.” Often referred to as hot pot, the dish comes with choices like beef, lamb, pork, and seafood accompanied by a selection of vegetables cooked in the sizzling broth. The dish can also be requested “dry,” or without broth, ranging from not spicy to extra spicy.

Similarly to Yu Kitchen, Grain House brings the numbing spices of Sichuan province to Morningside Heights. Grain House was opened in 2018 by Beichen Hu after he graduated from Stony Brook University, where he ran a takeout restaurant for Chinese students. With outdoor seating along Amsterdam Avenue, Grain House has attracted many Chinese students around Columbia, but has also brought in locals and tourists looking to try some of the most authentic Sichuan fare in the area.

Capturing the soul of Sichuan, specialty dishes include pig intestines with hot pepper, fish in a numbing peppercorn sauce, Chinese bacon with garlic sprout, and the ominous “burning noodles” in a fiery chili sauce.

Atlas Kitchen is an inventive, contemporary Chinese restaurant that fuses many regional cuisines into an elevated pan-Chinese menu. Owned by Haocheng Sun and Dong Chen, Atlas Kitchen focuses heavily on Sichuan and Hunan styles with some influences from Shanghai. Chef Kaiyuan Li has crafted a menu emphasizing sour, spicy, and tangy flavors, drawing from his previous work at Hunan Manor downtown.

Many of Atlas Kitchen’s dishes feature innovative plating, such as the sliced pork belly which is draped over a wooden rack and served with a spicy garlic sauce. Other elegant starters include slow-fried ribbonfish, deep-fried squid with spiced salt, and Taiwanese-style stinky tofu. Soups at Atlas Kitchen are mostly entree-sized portions and include stewed blue crab with ginger soup and turtle soup with safflower, which is hard to find in the city.

Happy Hot Hunan specializes in cuisine from Hunan province in South Central China. Hunan cuisine is known for its hot and spicy flavors accented by dried red chiles, as well as black and white peppercorns. Even with limited outdoor seating, Happy Hot Hunan continues to serve an extensive array of colorful and hearty dishes at reasonable prices.

Happy Hot Hunan offers a selection of dim sum options like pork soup dumplings, steamed mini buns, and shrimp dumplings, which might be enjoyed alongside spicy cucumber salad or the pungent thousand-year egg salad. Hand-pulled noodles are the star of dishes like noodle soup with pickled beans and ground pork as well as spicy and herbal Hunan noodle soups. The restaurant also features a spread of casseroles like Chinese duck casserole with beer and an eggplant and minced pork casserole with garlic sauce.

Meat entrees include lamb with hot pepper and onion, shredded pork with bamboo shoots, and ma po tofu with minced pork. Many of their Hunan specialties have a chili symbol next to them on the menu to indicate spiciness, such as Chairman Mao’s red braised pork, minced pork and pickled beans with jelly noodles, duck stew with hot green pepper, and old godmother fish fillet. For a palette cleanser after a spicy meal, diners can order the pumpkin pancakes or rice balls in a light wine sauce.

Dun Huang also serves Northwestern Chinese fare, specializing in eight types of noodles. The restaurant focuses on food from cities like Chongqing and Lanzhou, known for thin noodles, lamb and mutton, and fragrant and spicy dishes.

Notable starters on their menu include black agaric salad, prepared using a type of fungus with chili sauce, and thin mung bean noodles with vegetables. Street-style options include spicy wide noodles and pita burgers, a staple of Xi’an, with spicy cumin lamb or stewed pork. Noodles range in size from extra thin to extra wide—described by the restaurant as belt-like—and feature in dishes like Lanzhou beef noodles and Chongqing spicy and hot noodles.

Now with outdoor and indoor seating, 108 Food Dried Hot Pot serves cuisine from Sichuan Province and Chongqing. Opened in 2017, the restaurant has become a hit among college students and dry hot pot enthusiasts looking for a spicy yet balanced meal.

The eatery offers 16 different styles of hot pot, ranging from clam to oyster mushroom to shrimp ball. Hot pots are accented with options like winter melon, lotus root, tofu, wood ear, and glass noodles. 108 Food also offers a grilled fish special with many of the same ingredients as the hot pot at five levels of spice.

In addition to hot pot options, 108 Food offers a few standard appetizers like pig ear with scallion as well as a spicy beef tendon dish. Meat and seafood entrees include fish in hot chili oil with bean sprouts and bean curd, double cooked pork, and shredded beef with enoki mushroom.

Ollie’s Noodle Shop and Grille is one of the oldest Chinese restaurants in the area, serving up Sichuan, Cantonese, and American Chinese fare since 1989. With locations in Hell’s Kitchen, the Upper West Side, and the Upper East Side, Ollie’s features one of the largest menus of any Chinese restaurant near Columbia with a modern ambience.

Sichuan cold appetizers resemble those of other Sichuan eateries in the area, with a few standout options like jellyfish and “saliva chicken” in a fiery chili sauce. Sichuan specialties— most of which are marked “spicy” on the menu—consist of favorites like roasted chili braised beef with napa cabbage, cumin fish fillet, and tea smoked duck.

A well-known Chinese eatery in the area, La Salle Dumpling Room is an upscale Chinese spot that fuses specialties from regions like Sichuan and Shanghai. Known for its colorful metal chairs and decorative gray walls, La Salle has a relatively small and slightly pricey menu with some creative interpretations of traditional fare.

Entrees include typical Chinese-American options like General Tso’s chicken as well as authentic Sichuan dishes like shredded beef with hot pepper and hot and spicy diced chicken. Other notable entrees include their “double treasure” with chicken and shrimp in a kongpao sauce and shrimp with tofu sheets.

Flor de Mayo is one of a handful of Manhattan eateries serving Chinese-Latin American fusion. As Chinese people migrated to countries like Cuba and Peru, cuisines meshed and evolved as Chinese workers imported and edited their hometown recipes. Flor de Mayo serves a mix of Chinese and Peruvian cuisine, with a handful of Puerto Rican and Cuban dishes rounding out the menu.

Appetizers include fried wontons and egg rolls on the Chinese side and papas Arequipena, a potato casserole, on the Peruvian side. Wonton and hot and sour soups might be accompanied by fried plantain and yucca, while Peruvian roasted chicken might pair with Chinese fried rice. Flor de Mayo also offers a number of Chinese specials such as shrimp with ginger and scallions, squid fried rice, and rib steak with peppers and onions. Mofongo, a Puerto Rican dish of mashed fried plantains; lomo saltado, a sirloin stir fry with french fries and rice; and tallarin verde, or Peruvian-style pesto spaghetti, are Latin American specialties.

Correction: A previous version of this article indicated that Szechuan Garden had permanently closed. It has only temporarily shut its doors and plans to reopen later this month. Spectator regrets the error.