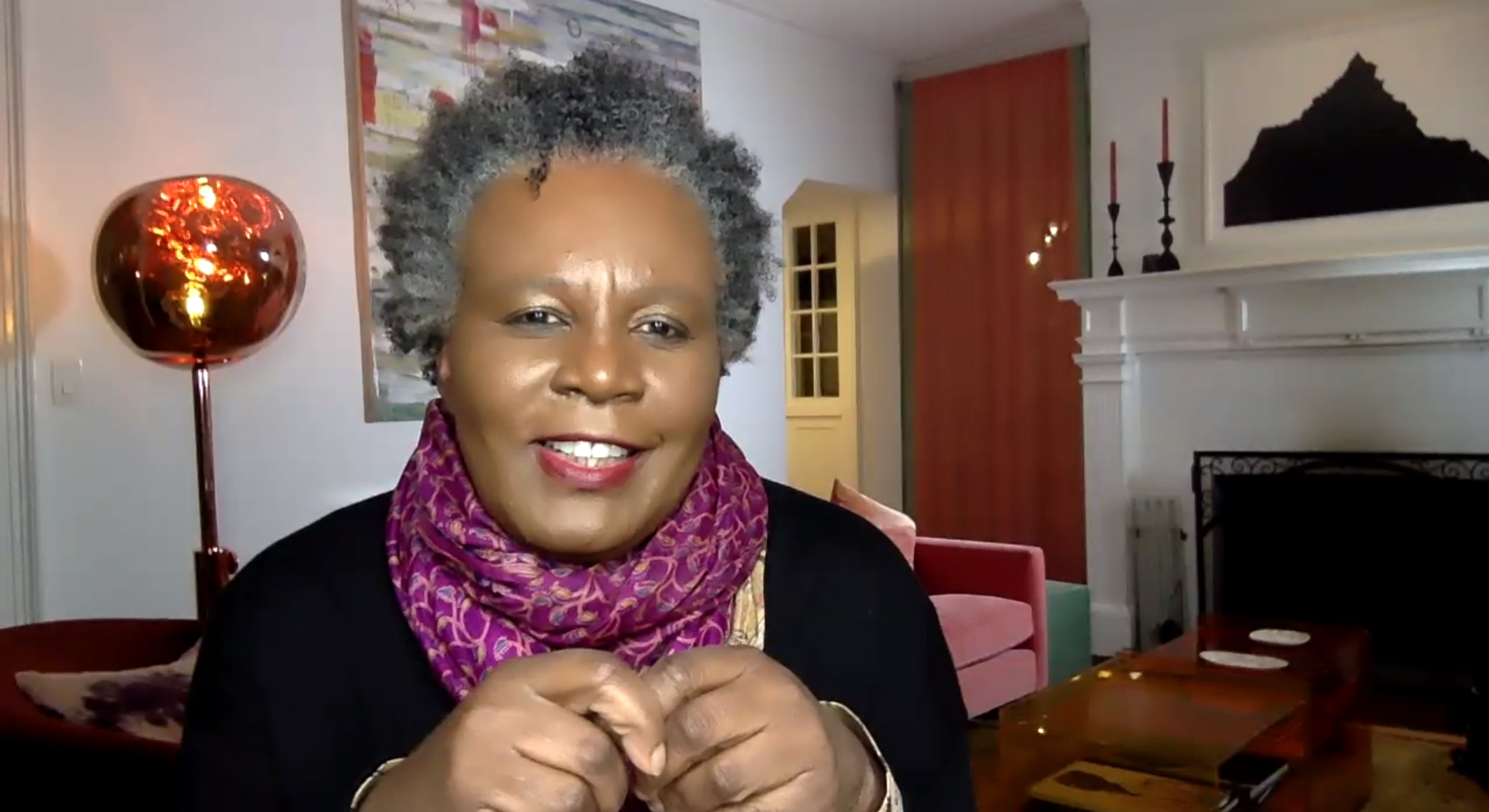 Claudia Rankine, SoA ’93, explained the inspiration behind the photos of “Citizen: An American Lyric." A recent addition to the Lit Hum syllabus, "Citizen" is a collage of poetry, images, and lyric essays detailing the lived experience of anti-Black racism and violence in America.

She imagines her mind like a hallway. Boxes line the floor, filled with all of the poetry and artwork she has ever studied. James Baldwin and W.B. Yeats are there, talking to her in David Hammons' blue light.

On Tuesday evening, poet, essayist, and MacArthur Fellow Claudia Rankine, SoA ’93, discussed the making of her bestselling work “Citizen: An American Lyric” as part of the AlumniTALKS lecture series, with Joanna Stalnaker, chair of Literature Humanities, moderating the event. A recent addition to the Literature Humanities syllabus, “Citizen” is a collage of poetry, images, and lyric essays detailing her lived experience with anti-Black racism and violence in America.

In “Citizen,” Rankine does not explain her choice of imagery: a “Jim Crow” street-sign on a suburban cul-de-sac; a taxidermy deer with a human face; J.M.W. Turner’s painting “The Slave Ship.” She calls them “silent collaborators,” each providing another layer of interpretation.

“I love engaging other senses while you’re reading so that you are brought into the text full-body,” Rankine said. “I love the freedom that is created when the text and the image are in juxtaposition—that it creates a kind of associative field that I can’t control.”

In her lecture, however, Rankine gave us a glimpse into her own associations. She began with the cover-photo: a hood torn from a gray sweatshirt, suspended over a white space. The work is called “In the Hood,” a small sculpture created in 1993 by conceptual artist David Hammons.

“What’s interesting to me about this image is it’s mounted much like a trophy of a murdered animal. And it has resonances both of a kind of lynching with those strings, and the reverse of a KKK hoodie. So it does this thing of moving around our history in really interesting ways,” Rankine said.

Hammons' sculpture is a statement on racial profiling, created in the aftermath of the beating of Rodney King by the LAPD. Rankine explained how video evidence helped incite the uprising, as well as the larger power of imagery to propel a movement.

“Prior to the King video, we had Emmett Till’s body shown at his funeral by his mother as evidence of the vile treatment that he had gone under. And that photograph was considered the fire under the civil rights movement—her willingness to share that image with the world,” she said.

Today, social media enables the mass-circulation of these violent images. Rankine explained that while they have been useful in igniting social movements, such as in the ongoing George Floyd protests, they are also harmful.

“How do you represent, as in present again, recirculate, images of violence against Black people without re-traumatizing Black people? When can we get the reality of the situation across without exploiting Black death?” Rankine asked.

Toward the end of “Citizen,” there is a dedication. “In memory” repeats down the page, listing dozens of victims of anti-Black violence, until the ink fades. Rankine said that with each edition, the publishing house will print more names.