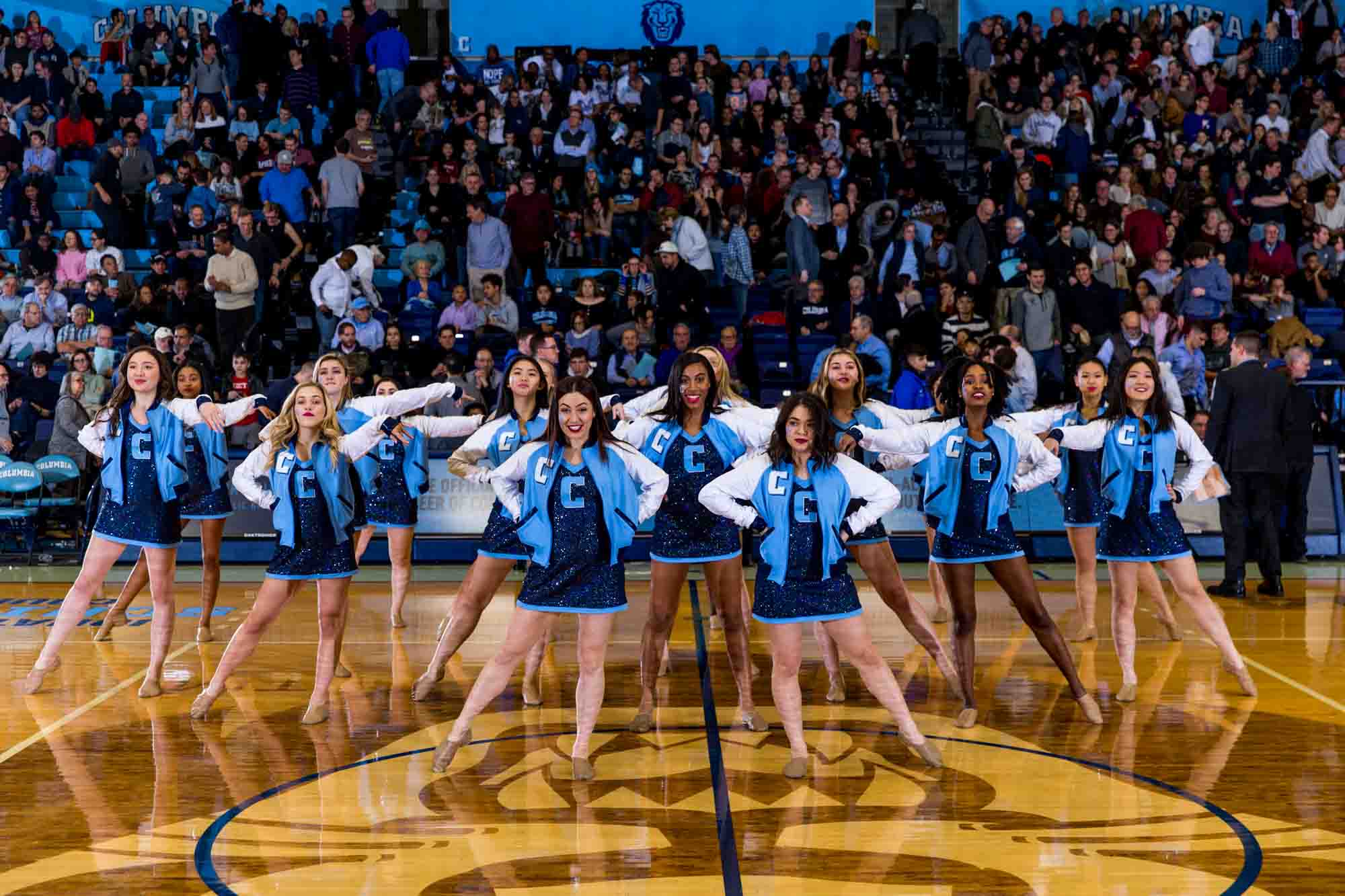 Not only has COVID-19 prevented groups like the dance team from practicing, but it has also led to an athletics-wide budget freeze.

With their hairspray in cabinets, fake eyelashes in containers, and poms abandoned in dance bags, members of the Columbia University Dance Team are no longer performing jazz, hip hop, and pom routines for Columbia basketball and football enthusiasts and local sports fans. The team has paused regular practices and events, becoming another source of diminished community at Columbia.

Prior to the pandemic, Columbia’s dance team performed at all Columbia home football and basketball games. Whether cheering alongside Columbia University cheerleaders or dancing their hearts out during their halftime routines, the dancers were a visual representation of school spirit at sporting events.

Jim Engles, head coach of the men’s basketball team, said that his players appreciate a packed game, but the pandemic calls this setup into question.

“Having the cheerleaders, the dance team, and fans in the stands certainly is a huge motivation for our guys. We have very good crowds, and we have very good attendance at our game, which for us is important. But going through this pandemic, things are going to change,” Engles said.

Columbia’s dance team has transitioned significantly in response to the ongoing pandemic. The team only meets once a month over Zoom for an exercise class and team bonding. With the dancers strewn across the globe, team morale threatens to decline as health restrictions prevent them from creating impactful routines.

“We had a Zoom painting class and then we did some workout Zoom meetings together, but unfortunately, we haven’t really been able to dance together,” team member Nicole Hinz, BC ’21, said.

Not only has COVID-19 prevented groups like the dance team from practicing, but it has also led to an athletics-wide budget freeze. Even if sports teams return to a regularly scheduled season and the budget is restored, it is likely that the players and staff will be the only people allowed on the court, leaving the future of the team uncertain in the semesters to come.

Currently, Columbia’s community finds itself convening on Zoom calls, separated by states and countries. But the sense of community at a Columbia basketball game and the excitement surrounding the dance team cannot be replicated online.

Alumni return time and time again to see not only their favorite teams but the dancers too.   Dance team captain Karolina Kaczmarczyk, CC ’21, said that regular game attendees have remarked on the dance team’s growth.

“There are a few individuals who come consistently to every basketball game since my freshman year, and they say that this is so amazing that I am still on a team and that the team is just flourishing,” Kaczmarczyk said.

Beyond just putting on their uniforms and makeup to energize Columbia’s student body, Yonkovich said that for the team members, dancing is also about self-empowerment.

“I definitely want to make them feel and look good when they’re performing,” Yonkovich said.

This passion begins even before they step on the court. Yonkovich coaches the team with the intention that the dancers arrive at practice prepared for both work and fun. In this environment, dancers bond over not only their passion for dance but also the stress that comes with being a student-athlete.

“We would literally not only come to the games only to perform or come to practice only to practice,” Kaczmarczyk said. “We came because we liked spending time with each other outside of practice and outside of the games. And I think that’s something we cultivate as a dance team.”