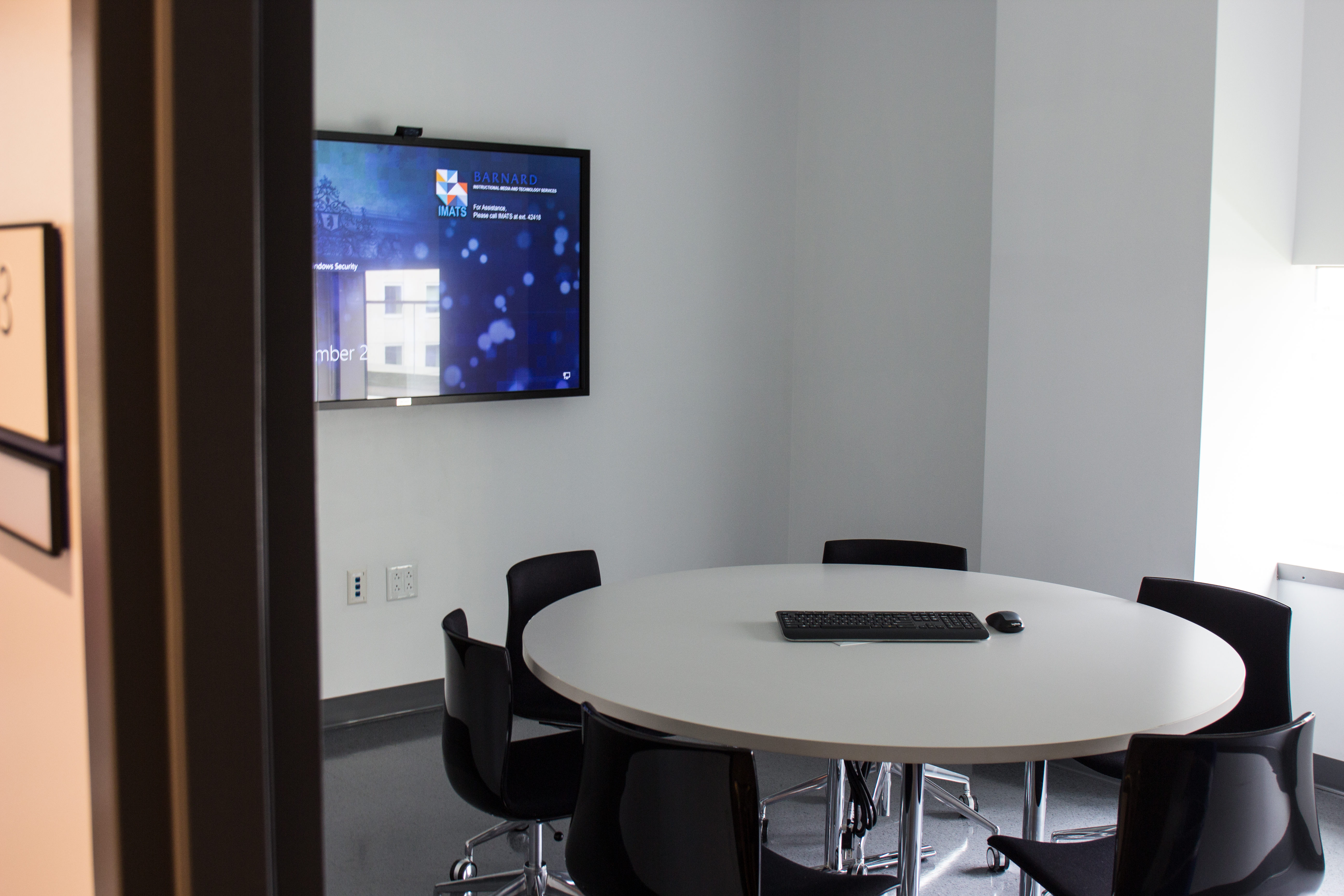 Despite restrictions on their in-person operations, IMATS and the Sloate Media Center continue to support the University’s filmmaking community.

In the wake of the coronavirus pandemic, many of IMATS' programs and services have been shut down with most of Columbia’s in-person programs. Normally, IMATS provides University students with direct access to film equipment such as cameras, tripods, and projectors, as well as spaces to shoot and produce content. The organization also supports all academic technologies, which include Canvas,  Zoom, and the Audio Visual team at Barnard.

Currently, its equipment and media production rooms are closed, and its student-run variety show, “The 1 Train is Delayed,” and Emerging Filmmaker Mentorship Program are on hold. Despite these restrictions on its operations, IMATS continues to support the University’s filmmaking community. It has been hosting one-on-one consultations with students and working in conjunction with numerous Barnard courses to provide student participants with video production and podcasting equipment and access to workshops on technical and software skills.

One course in particular that has benefited from IMATS resources this semester was Margaret McLagan’s Non-Fiction Digital Video Production class. Members of the class were mailed production kits containing camcorders, tripods, and SD cards to use to make documentary films. Aurora De Jesus, BC ’22, an instructional media technologist for IMATS, said that working from home forced students to find subjects for their films that they knew on a more personal and intimate level, which was beneficial to the final products.

“Some people focused on their friends' lives and others focused on the pandemic and how it has affected art,” De Jesus said. “Everyone made really great films in spite of the pandemic, and that just goes to show how creative student filmmakers and artists are.”

Though IMATS' operations have been limited this semester, the organization has benefited in other ways. With the move to fully online courses, more resources have been dedicated to academic technologies at Barnard. The AV team has also led significant contracting and capital project upgrades to all instructional spaces in preparation for future hybrid learning initiatives. Following the new upgrades, over 40 of Barnard’s instructional spaces, ranging from typical seminar rooms to science labs and dance studios, have been equipped with the necessary tools for teachers to record lessons directly onto Canvas. When classes resume in-person instruction, these new investments will allow for greater accessibility to course materials and class lectures.

IMATS' work this semester is being supplemented by that of the Barnard Sloate Media Center, home to Barnard’s production studio, audio recording booth, and post-production computer lab. So far, the center has held four virtual workshops, with one more on theater direction over Zoom scheduled for Nov. 20. Topics for these workshops have ranged from DIY documentary post-production to micro-podcasting, with a focus on projects that can be pursued from home.

“They are gearing their programming toward people who want to stay creative and mentally active during this really difficult time but also want to stay safe,” De Jesus said.

Every semester, the center chooses a theme to guide the workshops it conducts, with this semester’s theme being Resilience and Resistance. In choosing to focus its workshops through this lens, the Sloate Media Center hopes to help students learn more about how they can use media to promote social justice initiatives and improve the world around them.

“The theme really speaks to the moment that we are in, particularly in light of the global pandemic and, most recently, the social justice and racial justice issues that have come to the forefront in the national conversation,” Hibbert said

Tiffany Cheng, BC ’21, spoke about the impact the Resilience and Resistance theme played in the center’s DIY Documentary Post-Production workshop she attended. In particular, she was moved by the documentary “Crip Camp: A Disability Revolution” which was discussed in the workshop.

“The visual manifestation of the speaker’s dialogue [on screen] and the words' physical proximity to the speaker’s mouth brought a sense of sacred urgency to the utterances,” she said. “What impact do words have in expressing our truths? How would we like to be seen and heard? I ask myself these questions because they are given poignant new pertinence as we contend with issues of yesterday, today, and the future.”

Despite campus being closed, IMATS and the Sloate Media Center have continued to serve as resources for student filmmakers and those interested in learning more about media production and the art of film. For students like Cheng, who had never had the time to pursue film before the pandemic, these past few months have provided an opportunity to learn and get creative.

“I was in the midst of writing a screenplay for a short film when I discovered the Media Center,” Cheng said. “As a nascent filmmaker, I have been drawn to the Media Center’s striking panoply of resources and opportunities for personalized engagement. Wherever you find yourself in your creative endeavours, there will always be a cozy seat at their table for one more.”