Through her lens: Filmmaker Mariah Barrera, CC ’24, brings her personal stories to the forefront

Through her lens: Filmmaker Mariah Barrera, CC ’24, brings her personal stories to the forefront 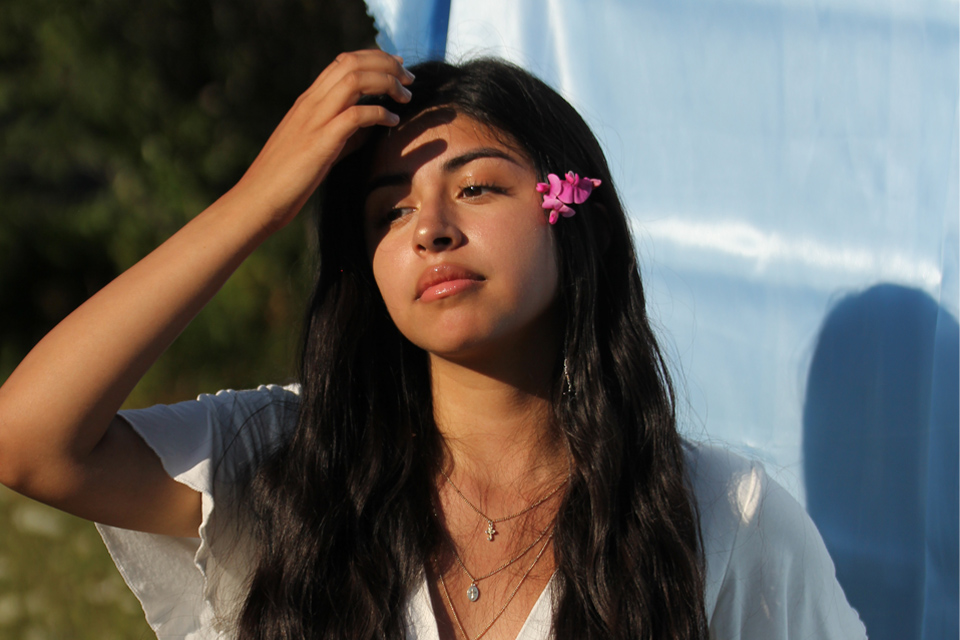 Just like her, the films Mariah Barrera, CC ’24, creates cannot be pigeonholed.

Director, writer, editor, photographer, first-generation college student, music lover, Instagrammer, daughter, storyteller. Just like her, the films Mariah Barrera, CC ’24, creates cannot be pigeonholed. They explore everything from the devastation of incarceration to the lighthearted simplicity of teenage joy.

Barrera’s relationship with film began over 10 years ago in the small town of Saginaw, Michigan. While Barrera now lives in Grand Rapids, Michigan, her experiences growing up in Saginaw were especially formative as she began thinking at a young age about the issues affecting her community and ways she can portray life around her.

“I moved to Grand Rapids when I was nine years old, but a lot of the experiences I had in Saginaw shaped who I am more,” Barrera said. “[Saginaw] had a lot of issues with violence and stuff when I was growing up there. I think that ties into the things that my family was caught up in. … It’s a very small city with not a lot to do.”

At age four, Barrera picked up the family’s video camera and began “The Mariah Show.” She spent hours interviewing family members, friends, and just about anyone she could find. Today, the desire to tell the stories of those around her still drives her work.

“I’ve always had the motivation in me, or the desire, to make films,” Barrera said. “It’s really always been there. But I think as I’ve gotten older, and kind of had new experiences, I’ve really honed in on it.”

In high school, Barrera had the opportunity to develop her filmmaking skills through the Mosaic Film Experience, a nonprofit organization providing Grand Rapids students with the tools to explore storytelling through digital media. Through this program, she was able to connect with mentors and work on larger-scale projects that affirmed her passion for capturing life around her, such as a public service announcement for a citywide greening initiative.

One of these projects involved creating a film about neighborhoods in Grand Rapids. During a meeting for the proposal, Barrera said that she was not interested in catering to the typical narrative of her city as an idyllic town. Instead, her film, A Southside Journey, depicts her neighbors’ fraught experiences with gentrification. The film follows a young girl as she spends a day exploring her rapidly changing neighborhood, only to be greeted by an eviction notice on her front door when she returns home.

“I very blatantly told them, ‘I don’t really want to make a tourist video. I feel like we have enough pro-Grand Rapids tourism videos. I want to make a film about my neighborhood and its problem with gentrification,’” Barrera said. “I think that confirmed a lot of things for me—that I can tell these uncomfortable stories and still get my point across and have people be moved by them.”

Barrera’s diverse interests and talents are at the center of all her work, due in large part to her family. Barrera is one of seven children in a family of artists, with multiple of her siblings also pursuing creative work. As a result, she never felt pressure from her family to leave filmmaking behind for a more traditional career path, although she sometimes puts that pressure on herself.

“It’s especially difficult in my circumstances because I’m a first-[generation] low-income student, and choosing a creative career path is a very difficult thing in general,” Barrera said. “I have so many responsibilities on my back to try and change the tide of my family dynamics moving forward. … It’s more my internal struggle of being like, ‘Should I go for this?’”

Barrera continued to create artwork throughout high school, from small compilations of shots from her daily life and a music video for her sister’s song to fully developed films. Throughout this period, she began developing her own style, which leans heavily on singular narration rather than dialogue, to further add to the intimacy between the artist and the viewer.

Despite the connection she attempts to create between herself and the audience, Barerra acknowledged that she feared vulnerability. This anxiety comes through especially when she promotes her films on social media, typically Instagram.

Barrera gained confidence to be open with her work from artists like Tyler, the Creator and Brockhampton, who she said do not fear making others uncomfortable. 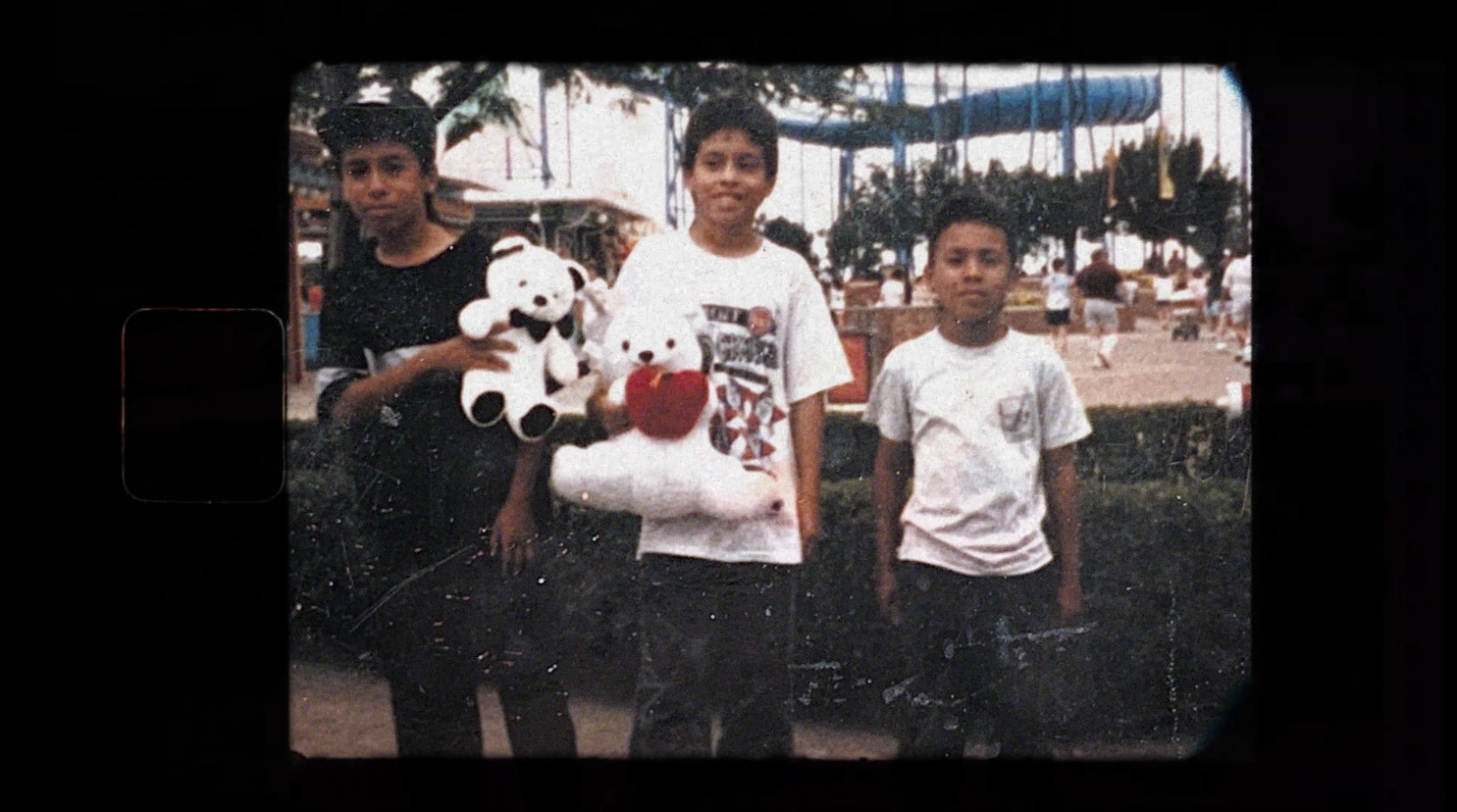 Courtesy Of
A still from Barrera's film "My Brother's Keeper."

“I agree with the sentiment, but sometimes it feels like it’s gotten a bit trivialized,” Barrera said. “I’ll be on Depop and see earrings that say ‘Abolish Prisons.’ That’s not radical. It’s things [that] people have to deal with.”

Barrera began interviewing her father about his experiences with incarceration. She recorded snippets from conversations and gathered photos of her father and uncles’ childhoods. The end result was My Brother’s Keeper, which tells the story of Barrera’s family history of incarceration. Her father narrates the film as pictures from his childhood with his two brothers fill up the screen, tracing their growth from scrawny young boys to weathered men. Like the generation before them, Barrera’s uncles filed in and out of detention centers; in the film, her father details the pain that the prison system inflicted upon the family.

“You see, the ugly truth is that incarceration steals, kills, and destroys, steals boys before they have the chance to become men, kills futures before they can even take flight, destroys families like it almost did to mine,” her father says in the film. “See, incarceration taught me to fear the world.”

To finish the project, Barrera moved back to Saginaw to stay with her sister for two weeks before screening the completed film to her parents.

“I gave them my laptop, my mom and my dad in their room, and I walked out. … I came back in the room and both of them had tears on their faces. That was my confirmation,” Barrera said.

Her parents’ reactions neatly illustrate the power of her work. Holding tightly to her own experiences and her family history, Barrera aims to continue telling stories that inspire and empower those whose voices are not often heard.

“I just want to be an artist. I want to continue making work. I want to empower people and continue to uplift narratives and voices that traditionally aren’t getting the platforms they deserve. That’s how I feel change is incited.”