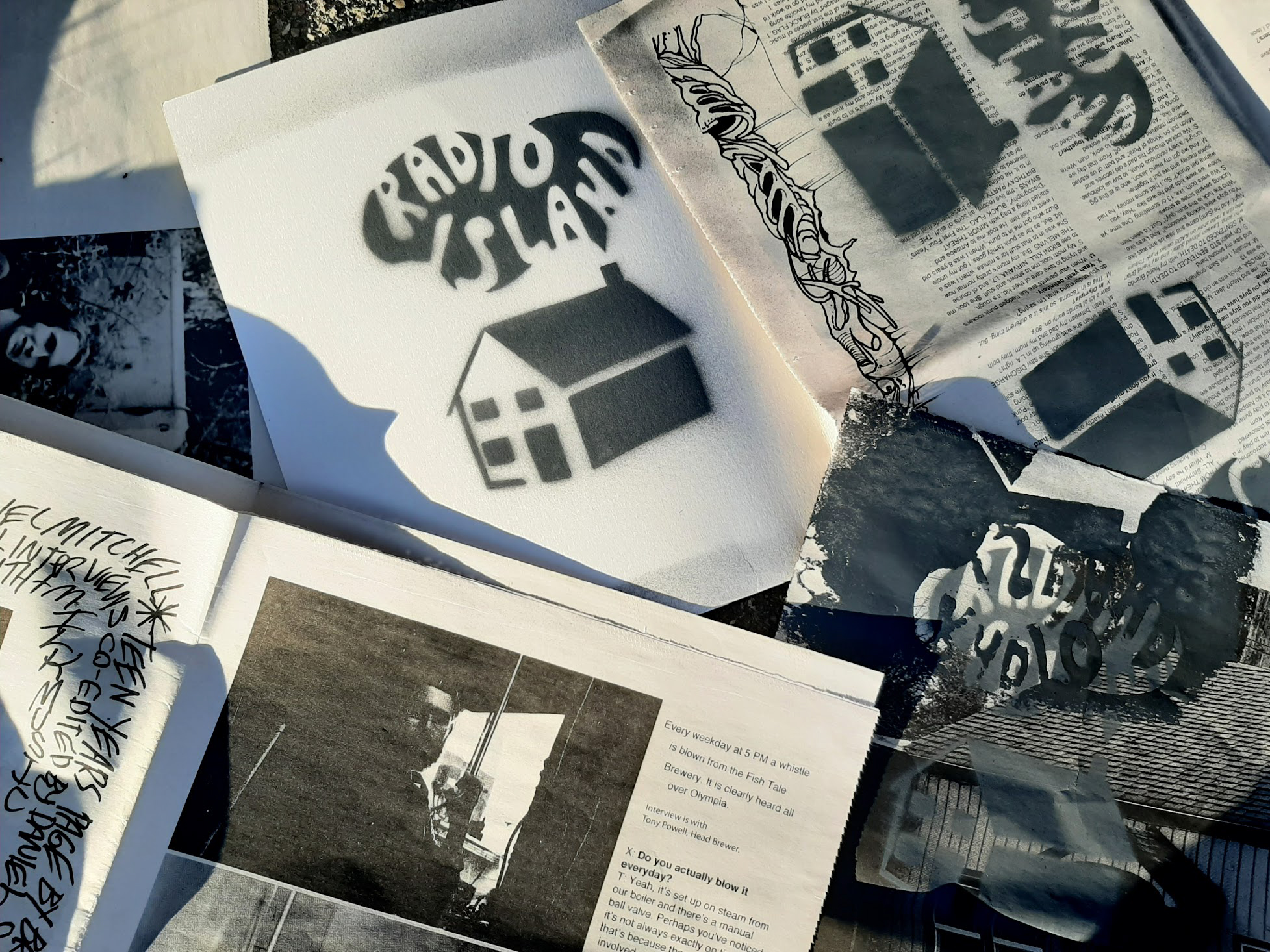 The Columbia University Players presented a two-part performance of “Radio Island,” written by Liza Birkenmeier, and streamed live on YouTube.

Imagine a gothic thriller written with microscopic attention to detail. In the world of that story, fear is measured in millimeters of pupil dilation, and you can hear the forest hum. This is the world of “Radio Island.”

This weekend, the Columbia University Players presented a two-part performance of “Radio Island,” written by Liza Birkenmeier, and streamed live on YouTube. The play’s locations straddle thousands of miles, from an old house in the Appalachian forest to an oil tanker in the Gulf of Aden.

“Radio Island’' is an anxious, strangely literary play. Billed as “the operator,” Emily Zhang, CC ’21, narrates the action of the play in terms of heart rates and body temperatures. She builds atmosphere on an atomic scale: the precise pitch of a whirring refrigerator, the exact number of lumens emitted by car headlights. She speaks to us coolly from her seat in the upper left-hand corner of the screen, tucked in a cramped office lit by Christmas lights. The operator drinks from a coffee mug and monitors the characters, probably gazing at some sort of multi-camera security system. The feeling of being physically and digitally watched is central to the play—and central to why “Radio Island’' works so well as an online production.

Ellen, portrayed by MoniQue Rangell-Onwuegbuzia, CC ’22, is a young veteran of the war in Afghanistan and a freelance hostage crisis negotiator. She has come home to Appalachia to care for her mother, Paula, who is recovering from severe injuries after falling down the stairs. Rangell-Onwuegbuzia delivers a thought-provoking, mesmerizing performance. She is constantly, almost imperceptibly, building suspense—like the ambient drip of a faucet or a ticking clock. The play’s tension—bolstered by a suite of eerie domestic noises arranged by sound designer Alli Salwen, BC ’21—is literally audible.

In her director’s note, Emma Gometz, CC ’21, described “Radio Island” as a story of isolation. The source of the characters’ fear is invisible, lurking somewhere beyond the house. Their fear soon morphs into an immobilizing paranoia.

“The only things we see are the faces of the people being terrorized and what they say to each other in-between,” Gometz wrote.

Every conversation hovers on the edge of crisis. Each character is a hostage—to fear, to isolation, or to each other. We never meet the central antagonist, Ellen’s abusive father. We only sense that he’s there, watching us.

We first meet Paula trying to cut off her hospital wristband with a nine-inch knife. Portrayed by Sydney Gerlach, BC ’24, she seems violent and hostile toward her daughter as she offers to help. On Friday, Paula was the show’s only visible antagonist—a dramatic, passive-aggressive villain. But on Saturday, in the second act of the show, we learn about the details of her accident and about the terrorizing presence of her husband, and Paula becomes fragile.

In a gut-wrenching monologue, Gerlach holds the audience with her gaze until it is painful to watch. She and Rangell-Onwuegbuzia are both transfixing in their vulnerability; together, they turn the play from a thriller into a tragedy.

No one seems to be in control in “Radio Island.” Ellen and Paula try to find comfort amid crises, but the terror surrounding their family never dissipates. By the end, all we know is that they are beginning to trust one another, and while their house will never be safe, that trust will become its own refuge. In an era of invisible monsters, they remind us that we are all we have.