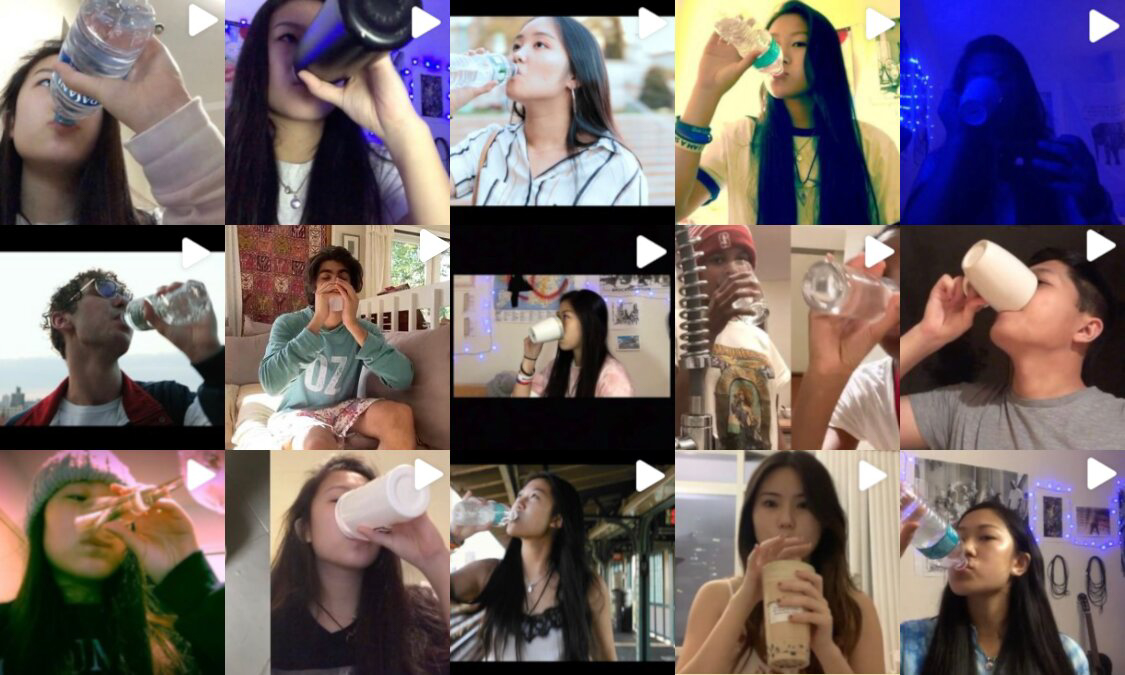 When COVID-19 hit and students were moved off campus, Hui started finding her voice as a producer and audio mixer by sharing her bite-size music videos on Instagram.

A hammock swinging in the wind. Slides from a computer science lecture. A pair of mangoes. All are scenes that Gloria Hui, CC ’23, features in her bite-size Instagram music videos, as she layers footage of daily life on top of her singing, both covers and original songs.

Hui has a background in classical music, but she first became interested in music production while recording songs alongside her high school band, a pop music trio. As she began writing beats for other artists’ songs, she did not feel that she held creative ownership of the song after the vocalist wrote over it, and she did not pursue music seriously.

Though Hui now aspires to become a mixing engineer, music did not start off as her career aspiration. After a critical injury dashed her hopes of becoming a tennis player, her relationship with music changed.

“When I injured my ankle, that really put me out of tennis. I turned toward music more,” she said. “I was going through a tough time as well, and so music really helped me.”

When COVID-19 hit and students were moved off campus, Hui started finding her voice by producing tracks and creating music videos for them.

“My first reaction was, ‘I’m gonna be by myself for a long time, and I usually make tracks for other people, so I should probably learn to record myself,’” she said. “That started me making a video every week. I also really wanted to stay active and not go down a slump of doing nothing.”

Hui made good on that promise, producing over 20 videos during the pandemic. Visually, her videos capture scenes from daily life. The video for her cover of Chong the Nomad’s song “Go Away” features ordinary objects like Post-it notes in front of her microphone, in addition to shots of her friends listening to lectures and practicing their instruments.

“I want my videos to seem almost mundane,” she said. “I’m just finding random footage and I piece it together.”

Instagram has allowed Hui to easily share her visual and audio productions, racking up hundreds of views. Her work has even been reposted by artists she covered, some of whom have amassed millions of Spotify streams, like Young Franco or fellow Columbia musician Maude Latour, CC ’22.

Though Instagram is her primary platform for sharing music, Hui often deletes the app entirely, reinstalling it weeks after she posts in order to maintain space from social media platforms. While Hui shares her videos to keep in touch with her friends, she is aware of her wider audience on social media and has used the platform to explore different genres and experiment with her style.

“I just became really bold. I don’t think I would have been able to do this last year,” Hui said. “It’s being more removed from social interaction … you forget that other people are watching you or judging you, so you kind of just do what you want to do.”

In isolation, Hui developed her own style as both a songwriter and mixer. In her original songs “Amnesia” and “Lyrics R Boutter,” she uses songwriting as a tool for self-therapy, writing lyrics to clear her mind of day-to-day problems. As a mixer and producer, Hui has learned how to replicate sounds characteristic of many different genres, from pop to electronic music. She hopes to work in the space between pop and hip-hop, as her work is influenced by artists with a similar sound, like Billie Eilish and Brockhampton.

Prior to the COVID-19 pandemic, Hui knew she wanted to produce, but it was only during the quarantine that she realized how much mixing affects music. Mixing specifically involves combining different audio tracks into a single track, different from producing or mastering.

“I started realizing that my music wasn’t sounding as good as professionally-mixed songs,”  Hui said. “I realized there was so much more to make a song sound good.”

Hui sought out online resources to learn how to mix and experimented with her own style. As the sound engineer for a Columbia Musical Theatre Society production, she found that mixing has become increasingly important to virtual music-making as singers send in tracks that must be layered and mixed with instrumentals to create a finished song.

After experimenting as both a singer-songwriter and as a mixer, Hui determined that she wants to collaborate with other artists rather than become a singer herself. Though her covers allow her to practice mixing and express herself, she hopes to release a collaborative EP in the coming weeks to start seriously pursuing her craft.

“I want to start becoming more involved with real original songs and other artists,” Hui said. “I think it’s important to practice, but it’s also important to apply it.”