Christina Li, CC ’24, pulls the ‘Strings’ on her debut EP

Christina Li, CC ’24, pulls the ‘Strings’ on her debut EP 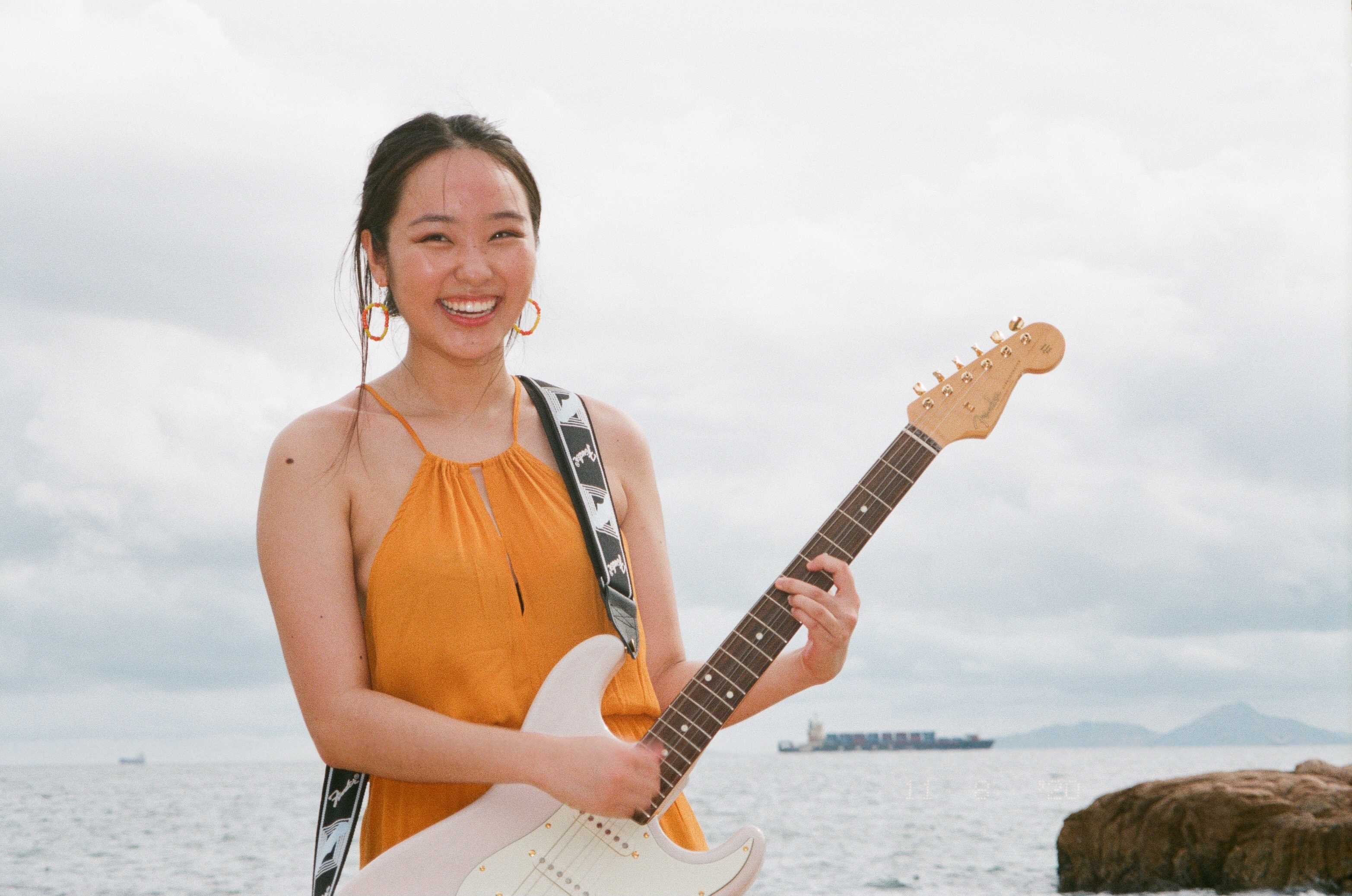 In seven songs, “Strings” portrays Li's journey through high school from beginning to end, with a focus on the relationships she forged along the way.

What started as a group of disparate songs in voice memos and dog-eared notebook pages collecting dust was masterfully strung together by Christina Li, CC ’24, culminating in her debut EP, “Strings,” released on August 22. Li was originally inspired by the pressures of the college application process. However, as the pandemic set in and brought with it the abrupt end to her senior year, Li needed to change course.

“After four years of such incredible growth and learning as a musician and overall person of this world, ‘Strings’ is my sense of closure,” Li said.

Li considers herself a third culture kid; she grew up in Hong Kong, Beijing, and the United States—never feeling like she had a strong grounding in any one particular identity. Her musical style reflects this, mixing American pop with inspiration from different genres, such as K-Pop, American R&B, and indie-pop.

What the EP lacks in a cohesive musical style, it makes up for in its storytelling. “Strings” is largely inspired by Li’s own personal growth and experiences. In seven songs, “Strings” portrays her journey through high school from beginning to end, with a focus on the relationships she forged along the way.

The EP opens with “Young and Reckless,” an upbeat song about happiness and first love. She masterfully juxtaposes the lighthearted tone with softer and more pensive interludes, particularly toward the end, that highlight the fragility of love. Its lyrics reflect the innocence of romance—how easy everything seems at the beginning and how quickly it can fall apart.

Drawing the most from classic pop, the next song, “Stay Foolish,” is incredibly engaging. Its mixture of guitar and trumpet sounds gives it a catchy melody with a nice, light timbre. It’s the perfect song to dance to, tapping into the fun of hanging out and partying with friends. At the same time, it reflects on the ignorance of youth, of living in the moment without caring for what might come in the future, with lyrics like “Skating ‘long the streets / You got police sirens sounding down / Sunset boulevard / You got fancy cars / I got a hopeless heart.”

“Strings” then unexpectedly segues into “If You Care,” a more personal and dramatic story focusing on Li’s relationship with her family. It begins with a melodic combination of the guitar and string quartet that builds along with Li’s soft voice throughout the song. With every chord, Li’s raw emotions come through as she sings, “All that I ask of you is to listen.”

Returning to the tone of earlier songs, “Truth” is all about Li’s relationship to music and her musician friends. Her most popular and collaborative song, “Truth” begins by layering the voices of Li and her friends over gentle guitar chords. The music then picks up in tempo even as Li becomes introspective, asking herself, “Where did the time go?”

“Pretty Girl” is the lone song on the album that incorporates rap, which at first felt jarring, making the song seem slightly out of place on the album. However, the rap segments came together by the end, particularly when Li and ÈMIR’s vocals harmonized together. The song is about connecting with a lover on a deeper and more intimate level, with openhearted lyrics like, “It’s all about you, I wanna / Show you all the ways you make me feel / Tell you all the words, I need to speak aloud.”

While most of the EP’s songs started as a tune, “When I Let You Go” started out as a poem. It starts simply with Li’s stripped voice and as it continues, steadily builds to a strong piano harmony with multiple tracks of Li’s voice layered on top of each other. The lyrics mirror the sonic palette, beginning with Li’s intricate observations on love which become shorter and more repetitive as the song progresses. The result is a piece that is both haunting and chilling, while paradoxically imparting a sense of comfort.

On the closing track, “Golden,” Li re-emerges wiser than she was at the beginning, but still struggling to find her place. Her lyrics paint beautiful images of a gilded world, highlighting her feelings of wonder as her voice echoes across the track. While the song was written with the intention of ending the EP, the questions it asks of “Who am I?” and “Why am I?” remain unanswered, signifying that “Strings” isn’t the end. It’s just the beginning, both for Li’s music career and her personal journey.

“To me, music is a deeply personal experience,” said Li. “All I hope to do with my music is to leave a mark, whether that manifests itself in someone dancing around their room, tears streaming down someone’s face, or merely in a small smile and an add to a playlist.”

Each song on “Strings” has its own sonic characteristics, supporting Li’s detailed and heartfelt lyrics. At the same time, “Strings” is more than just a random collection of songs loosely strung together; despite its musical variety, it is one cohesive emotional journey, with the lyrics of each song building upon Li’s understanding of love. Through its experimentation with various musical genres, “Strings” spans the highs and lows of Li’s life, with her distinctive voice being the common thread throughout the journey.