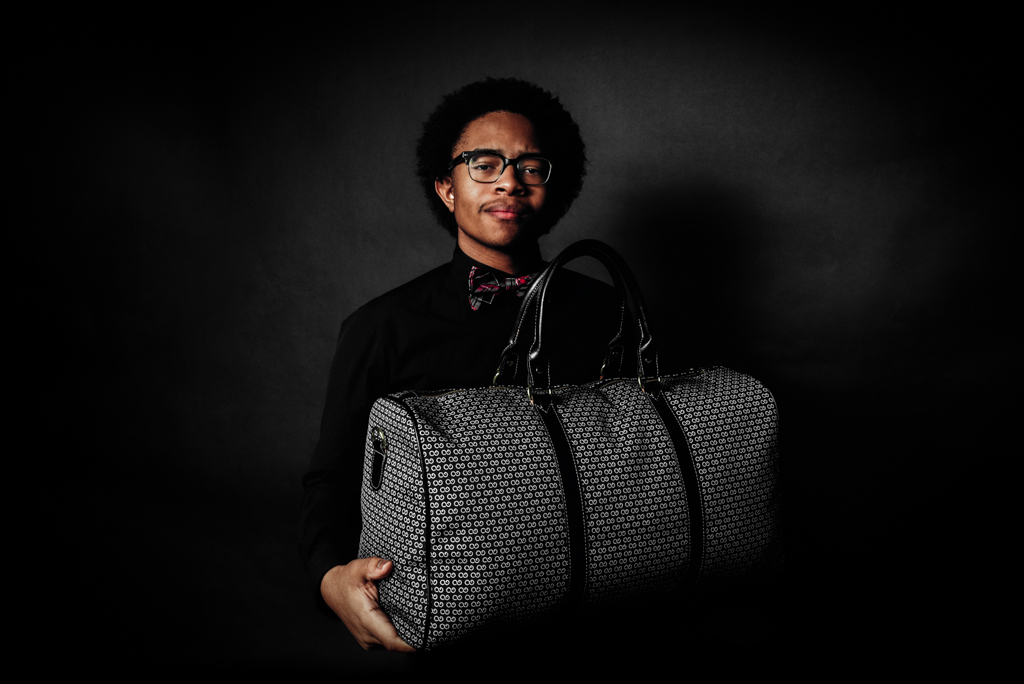 Guerin wants to use his platform as a Black designer to spread a message to anyone facing adversity.

Scrolling through Guerin’s selection of luxury apparel and bags, you will find a logo on many of the products that looks simultaneously like an infinity sign, an ampersand, and the letters “CG.” All three of these interpretations are valid and intentional, as Chase Guerin, CC ’23, works to redefine the luxury goods industry by bringing symbolism and storytelling into his luxury lifestyle brand, Guerin.

As a senior in high school, Guerin wanted to find a way to be creative, tell stories, and make the luxury goods industry more inclusive of different backgrounds. At the time, Guerin saw few Black designers running their own luxury companies, so he founded his own in 2018 to fill this gap.

“You have Gucci, you have Prada. You never really see a Black brand, like a Black luxury brand,” Guerin said. “There was Virgil Abloh, he did Off-White. There was Kanye West, he did Yeezy, but I didn’t really see any other luxury Black brand, so I wanted to set a standard for that.”

On their own, luxury goods can often seem overpriced or inaccessible—especially in 2020, when the work-from-home lifestyle has transformed people’s shopping habits and their everyday wardrobes. In this climate, the attention to luxury may seem frivolous or misplaced. However, for Guerin, “luxury” does not mean exorbitantly expensive products but rather luxurious experience and design.

“Luxury as in the message being told, luxury in how the products are photographed, luxury as in how I hand-package everything, the story: That’s my definition of luxury,” Guerin said.

Guerin could be described as a self-starter—he had no experience designing clothes or working with manufacturers before launching his brand, but with the help of instructional YouTube videos, he taught himself how to use Photoshop, find manufacturers, and design products.

Guerin’s first official product launch was a hoodie in 2018, and since then, he has incorporated shirts, totes, backpacks, duffel bags, and more into his collection. He has also introduced a custom Guerin travel bag that customers can personalize with Guerin’s help. 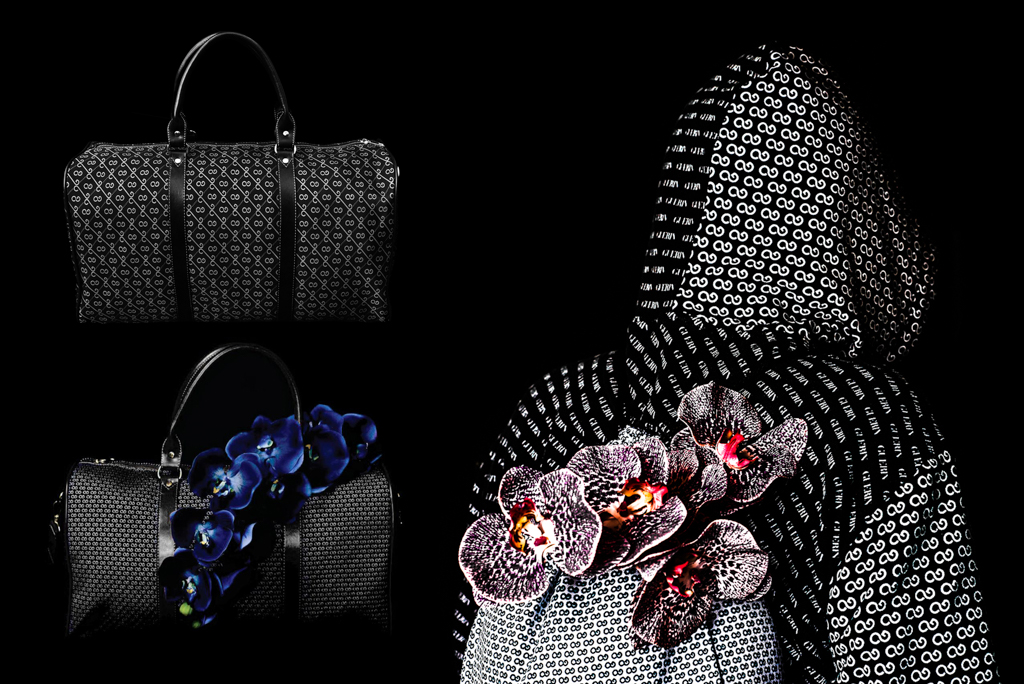 Courtesy Of
Guerin aims to redefine luxury with his products.

Guerin wanted to use his platform as a Black designer to spread a message to anyone facing adversity. The brand’s logo functions simultaneously as an ampersand and an infinity sign to represent infinite possibilities, and it also can be the letters “CG,” for both Guerin’s initials and a call to “chase greatness.”

“The logo really represents for all Black people to ‘chase greatness,’ to go beyond their limit and pursue something that they’re passionate about, and defy all the stereotypes associated with them,” Guerin explained. “It’s also a way for people outside of my culture to dream of something in their mind and physically place it in the real world.”

Since the brand’s message is so important to Guerin, he wanted to incorporate it into his photography style as well. Drawing inspiration from his baby sister, Zara, whose name means flower in Arabic, Guerin photographs many of his products with bright, colorful flowers that contrast with their static, black background. 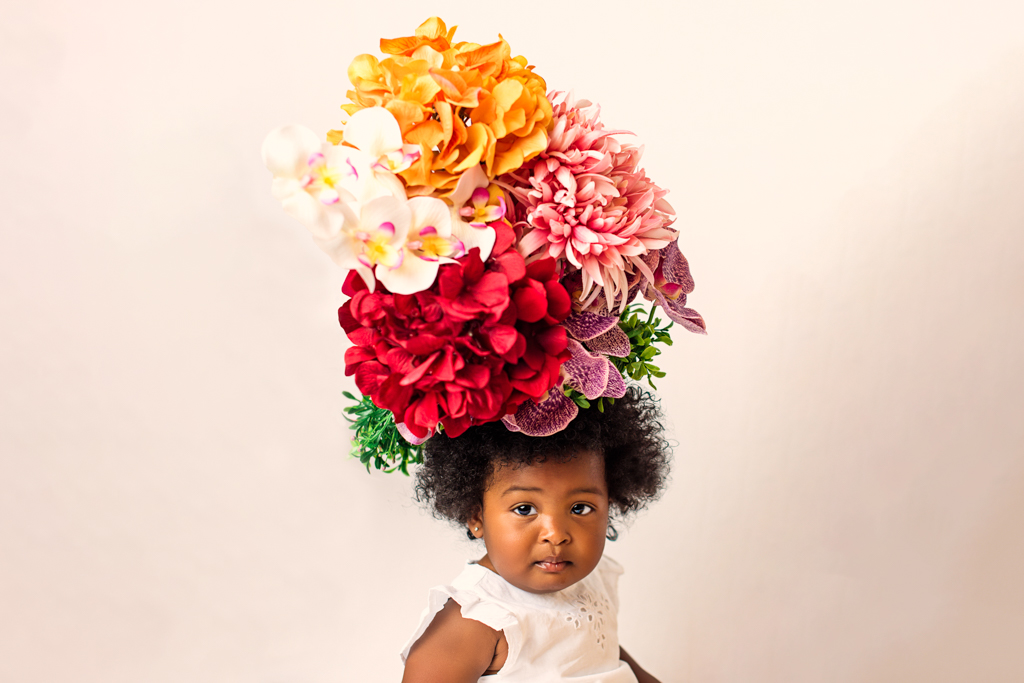 Courtesy Of
Guerin draws inspiration from his baby sister Zara.

In the wake of this summer’s protests against police brutality and racial injustice, Guerin was not sure of the space he could, or should, occupy as a Black luxury designer. He struggled to determine what new stories he could tell and how to tell them.

He decided to make “Guerin Play,” a video featuring clips of his sister Zara, his products, and people “playing” within the New York City landscape. These clips and images are shown while songs by Nas and Jay-Z, both East Coast rappers, play in the background. Guerin wanted Nas’ refrain in “The World is Yours” to remind Zara that she is enough in a society that he believes may tell her otherwise.

In the future, Guerin hopes to merge his computer science knowledge with his passion for design to create innovative products that alter fashion’s traditional functionality, like a tote bag that doubles as an overnight bag and backpack, a bag that adjusts to the size of its contents, or a bag with a fingerprint lock.

Even though Guerin has shifted most of his attention to school for a few months, he hopes that his brand will continue to inspire people to chase greatness.

“People are generally going to doubt you. They’re going to tell you that you can’t do anything or that you’re not capable,” Guerin said. “But it’s a reminder to my sister, and to the general public, that the world is yours and you will carry on a legacy.”