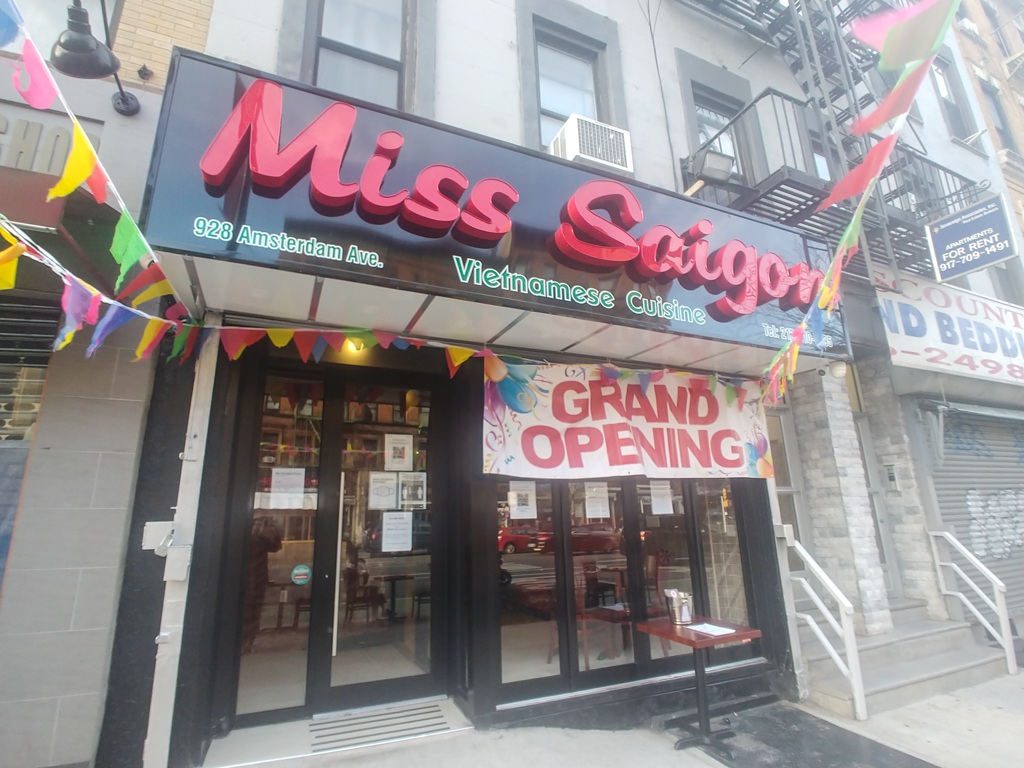 While the restaurant is primarily Vietnamese, Miss Saigon also offers dishes influenced by the cuisine of other Southeast Asian countries like Malaysia, Singapore, and Thailand.

Over the past few months, nearly 20 restaurants in Morningside Heights have temporarily or permanently shut down as a result of the pandemic. While outdoor and indoor dining have given restaurants avenues for revenue, indoor dining has been put on hold starting Monday, Dec. 14. Despite these hardships, two new restaurants along Amsterdam Avenue have recently opened.

Located at 933 Amsterdam Ave., the former home of the NY Brat Factory, Anār, which opened in October, has brought modern yet authentic Indian cuisine to the Upper West Side. Anār, which translates to pomegranate in many languages from the Indian subcontinent, takes inspiration from the fruit and its numerous health benefits for its menu and guiding philosophy.

Anār’s menu features Indian staples from the subcontinent, including curries, breads, and biryani. The restaurant’s tandoor dishes, cooked in a clay oven, include favorites such as chicken marinated in ginger, garlic, Kashmiri chilies, Tellicherry peppercorns, and yogurt. Other options include chicken, seafood, lamb, or vegetarian dishes like vindaloo, a spicy dish from Goa and Kerala cooked with cumin, garlic, and Guntur red chilies, and korma, whose ingredients are braised in yogurt alongside saffron and cashew nuts.

Fluffy, leavened naan, flaky paratha, and stuffed leavened kulcha breads can be ordered to accompany the meal, alongside classic beverages such as lassi, a sweet mango and yogurt drink, and pomegranate juice.

Anār’s classic menu reflects its commitment to focusing on simple and authentic dishes as opposed to modern, fusion-style dishes. The owners use freshly ground spices and reject using inedible garnishes, which do not add to the flavor of each dish.

Chana masala, for instance, is a popular chickpea curry often cooked with spices such as garlic, ginger, and turmeric. Anār’s version adds pomegranate seeds to the dish—a fitting addition for a restaurant named after the fruit. Anār also features pomegranate in its dish bhindi anar, made with baby okra, sauteed onions, and ginger. 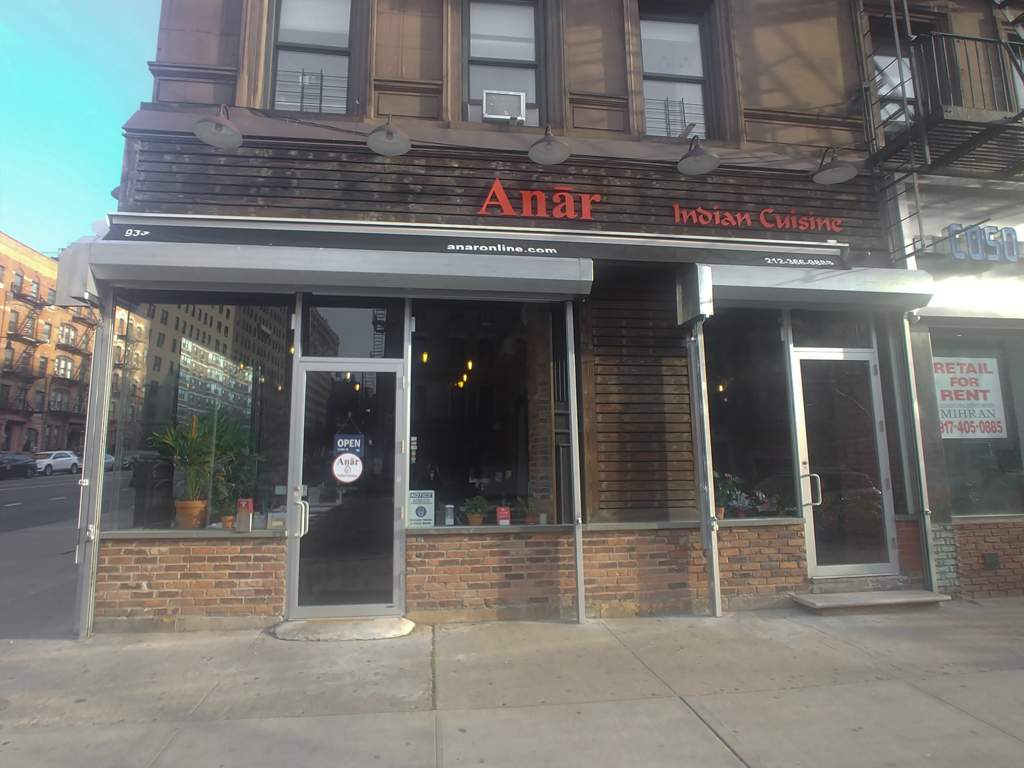 Noah Sheidlower
Anār, which opened in October, has brought modern yet authentic Indian cuisine to the Upper West Side.

Another new restaurant located just across the street on Amsterdam Avenue is Miss Saigon, which opened in November and replaces Uncle Luoyang at 928 Amsterdam Ave. While the restaurant is primarily Vietnamese, Miss Saigon also offers dishes influenced by the cuisine of other Southeast Asian countries like Malaysia, Singapore, and Thailand.

Phở, Vietnam’s national dish, is served with chicken or beef alongside thin rice noodles in slow-cooked beef broth, garnished with bean sprouts, basil, and other herbs. Its bánh mì sandwiches consist of crispy baguettes filled with pickled vegetables and grilled meat. Gỏi cuốn, or spring rolls, are also a popular dish, prepared with rice paper rolled with ingredients such as lettuce, herbs, and shrimp, and served with peanut sauce. Miss Saigon also offers beef, chicken, and seafood stir-fries and curries with staple Vietnamese herbs, such as lemongrass and Thai basil.

In addition to Vietnamese staples, the restaurant serves its own unique or hard-to-find dishes, referred to as “Saigon’s New Creations.” The Saigon Spicy Shrimp, for instance, features prawns that are battered in water chestnut flour and sautéed with ginger, garlic, scallions, peppers, and shallots. In bánh hỏi bò lụì, thin, angel-hair noodles are served with grilled lemongrass beef, as well as roasted peanuts, scallions, fried shallots, and garlic.

Miss Saigon does not limit itself to Vietnamese dishes—a variety of Southeast Asian dishes round out its menu. The restaurant’s new creations include cà ri gà, chicken served in a Singaporean-style curry, as well as càri bò, Malaysian-style beef cooked in red curry and coconut milk. There are also numerous Thai dishes, such as pad thai, pad see ew, and spicy drunken noodles.

Though Miss Saigon offers takeout, it styles itself primarily as a “casual fine dining Vietnamese restaurant.” The eatery features a few tables of outdoor dining, while its seating area is full of sleek red couches and booths alongside wooden chairs and tables.