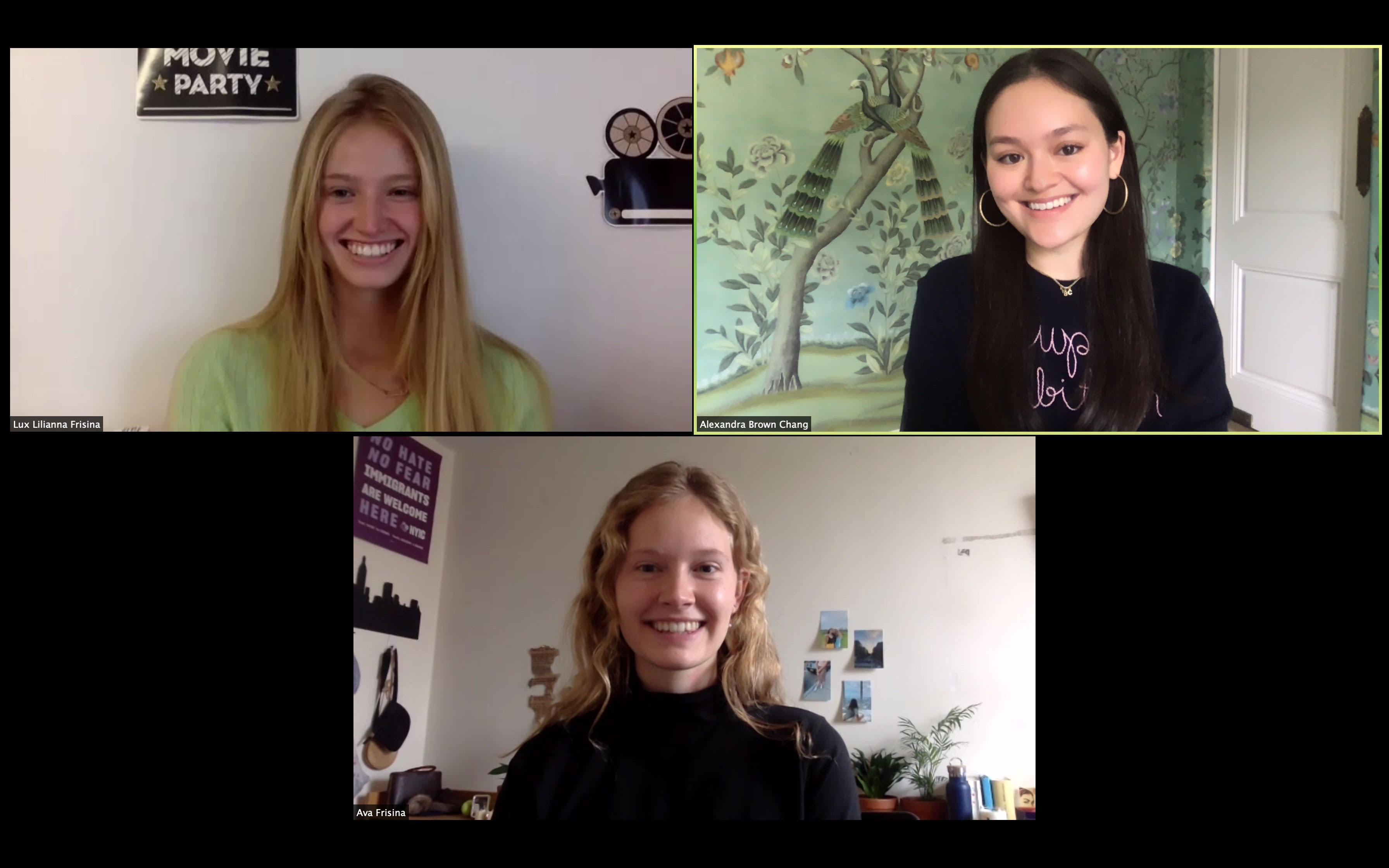 Courtesy of / Ready in 5 Production

The iconic Hollywood sign is more than a strange group of letters that overlook Los Angeles; this sign represents all the glamour, fame, and industry the city has to offer as a titan of American film. Yet those stark white letters reveal a truth about Hollywood’s exclusivity—often of marginalized groups.

Ready in Five Productions is transforming those rigid letters into greater opportunities for the next generation, one Instagram post at a time. Founded in 2020 by sisters Ava Frisina, CC ’24, and Lux Frisina, CC ’22, along with longtime friend Alexandra Brown Chang, Ready in Five strives to empower the diverse voices of Generation Z.

“On my side, there was a bit of frustration of just wanting to make things that wouldn’t normally be made … and I just think we all felt like, ‘Why can’t we just do it ourselves? Why can’t we do it together? Why can’t we make this happen?’” Lux Frisina said.

The trio’s passion for storytelling stems from how the appeal of film was never far away from their childhoods in Los Angeles. Chang cites a production of the musical “Chitty Chitty Bang Bang” as her realization of stories’ true emotional power, while the Frisina sisters point to a DVD of Michael Jackson music videos.

“[We were] always just filming each other, editing on iMovie,” Ava Frisina said. “Making our own little movies, watching movies together, has just been part of our bond. … My interest in film has definitely been ingrained in our relationship.”

The Frisina sisters and Chang actively undertook opportunities to break into the industry. Lux Frisina and Chang met as interns on the Australian film set of “Aquaman,” where their shared love for film grew into a pursuable reality that could allow them to work together professionally

Once the COVID-19 pandemic forced Chang and the Frisina sisters to return home, physical isolation increased the frequency of their FaceTime calls, eventually leading to the birth of Ready in Five. They immediately created an Instagram to cultivate their new community.

“We should have had a few [fears], but there was really no hesitation,” Chang stated. “We don’t really feel like you have to be an expert in a field to go and start something. We feel like you can learn along the way, which is what we’re doing.”

Although the pandemic has drastically affected the film industry with many productions being halted due to health guidelines, Chang and the Frisina sisters took advantage of their time at home to appeal to their younger audience.

“We started it at the right time, because people are looking for a way to connect and it’s primarily digital, and we’re running this over social media,” Ava Frisina said. “So the response that we got from our posts was amplified because so many people are on social media, that’s their primary way of connecting right now.”

A glance at the company’s Instagram account reveals its engagement with its audience through colorful posts spotlighting prominent women in film and statistics about representation of women and people of color  in film and television, along with film reviews.

“Oftentimes, an excuse that big production companies give for not hiring more women or minorities and marginalized peoples is because they say there aren’t enough of them,” Lux Frisina said. “That’s false. I think being able to scroll through our Instagram … you can see there are lots of people who are there to work and want to work.”

This summer, acclaimed director Ava DuVernay supported the account by commenting and reposting a spotlight biography on her Instagram story. Amassing over 1,000 followers to date, the account has grown into a platform on which diverse film lovers can bond.

“I’m really proud of the community that we’ve created, the people it has attracted have been really exciting,” Lux Frisina said. “I’m just understanding that there is a void in the film industry, a gap that we are targeting. It’s about creating a community for people who don’t feel like there’s a voice for them in film.”

Ready in Five currently features a team of four writers and aims to release a few productions over this upcoming summer.

“So far, we’ve had a larger amount than we expected of people reaching out to us,” Ava Frisina said. “Hopping on a Zoom call with them, offering support, bouncing ideas off of each other, and just making a creative environment has been great.”

Amid the growth and excitement of a burgeoning production company, Ready in Five is determined to keep its values at the core of every project, painting the Hollywood sign with the color of a new era.

“We see film as more than just an art medium; we see it as an educational tool that can really impact how people think and act,” Chang said. “We’re hopeful with all the change that’s been going on socially, politically, health-wise in 2020, that the content coming out in Hollywood will start to change and be more inclusive. We’re hopeful that people can learn from that, including us. We’re learning every day along the way, too.”