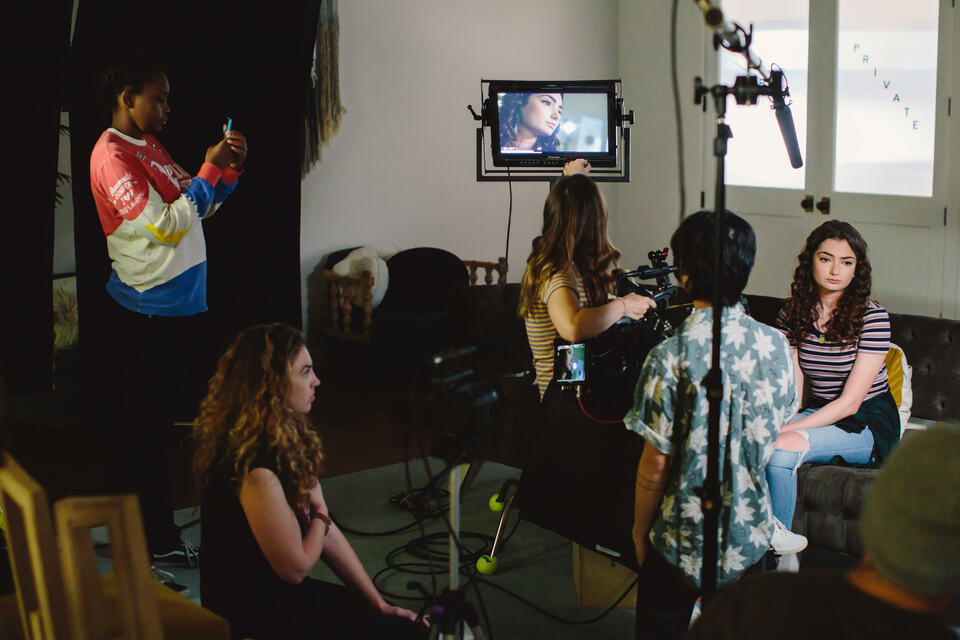 At the beginning of the short film “Oleander,” the spirited teenager Oleander Jones kisses her boyfriend in the back of his pickup truck, proudly declaring, “I believe in the power of love. And by love, I mean sex, and by sex, I mean that sexual fulfillment is a fundamental right.” In a country where sexual education—particularly the continued emphasis on abstinence-only sexual education—is an increasingly contentious subject, Oleander’s unabashedly pro-sex attitude shatters norms of female sexuality.

Kate Hackett was inspired by her experiences with sex education while attending Catholic school, where she often engaged in discourse with her own sex-ed teacher. Her film was selected for this year’s virtual Athena Film Festival, which will take place in March.

On February 4, Athena Film Festival announced its lineup of narrative, documentary, and short film programming that will run throughout the entirety of March. “Oleander” is one of 15 short films selected, which focus on everything from the diversity of Latin women to pollution spikes.

“I wanted to tackle this culture [of abstinence] … and see how it relates to larger forces that work in our country like the media, social media, and personal space [in which] we might be dealing with that culture,” Hackett said.

Hackett was inspired to create Oleander’s character by the dearth of coming-of-age stories featuring a young woman confident in her identity throughout the film. “Oleander” reverses the classic coming-of-age formula by depicting a teenager defending her own beliefs rather than gradually discovering identity and purpose.

From her declaration at the beginning of the film to her advocacy of teenage sexual fulfillment as a “thing of beauty” on her channel, Oleander’s boldness forms the bedrock of the film.

“[Oleander] has agency. She’s exploring her own sexuality in the way that she sees fit, and she’s extremely engaged with being able to articulate [herself],” Hackett said. “I wanted to write a character who was deeply intellectually engaged and can rhetorically take on a really smart adult.”

For Oleander, social media is a source of power, allowing her to reach vulnerable or struggling teenagers like herself. However, the film also explores social media’s destructive power through the character of Kim, who, Hackett says, many people find even more dangerous than the pro-abstinence advocate.

As Oleander challenges Alissa’s pro-sex views, she is consistently framed through the lens of Kim’s camera, where her actions are taken out of context and misrepresented. Ultimately, Oleander is transformed from the narrator and primary driver of her story to the subject of Kim’s pro-abstinence videography, losing control of her own narrative in the process.

It is a phenomenon with which Hackett is particularly familiar. As a documentary film editor with experience in reality TV, she is intimately aware of how easily a subject’s words or actions can be manipulated in the editing room—a process that is especially magnified on the internet.

“Somebody’s identity … could be manipulated against them by people who re-edit things,” Hackett said. “The power you wield with the media can also be turned on you at a moment’s notice.”

Fittingly, Hackett avoids depicting the central conflict of the film through a single lens. She pushes back against stereotypical generational clashes between conservative adults and progressive teenagers. Instead, she focused on crafting a cast of complex, female characters, allowing the ideological debate to flow from their individual beliefs and motives.

Hackett was particularly drawn to Alissa, a powerful, older female character who is as passionate about advocating her beliefs as Oleander is advocating for hers. Hackett uses Alissa to demonstrate the side of the sexual education debate that believes it is dangerous for young women to be sexually active.

“I wanted to think from the perspective of people who really do believe in this culture of abstinence,” Hackett said, “to create the best argument for that perspective so that I could understand it.”

Robinson, too, saw how the script fostered empathy for many characters, rather than focus on the perspective of only one character.

“I think that that’s why the movie hit me so hard when reading the script initially. Because everyone does have a reason, even if there are really sinister results,” Robinson said.

However, both Hackett and Robinson are acutely aware of the significant real-world stakes of the sex education debate and the drawbacks to abstinence-only sex education, such as a lack of knowledge about STDs, pregnancy, and consent. In an era of increasingly-polarized discourse, finding common ground on important issues has become measurably more difficult. “I don’t think you can engage with so much of the hate in this current climate,” Robinson said. With social media, in particular, she said that “you can’t engage with someone who is not in your reality.”

Even within a film, where empathy and understanding are emphasized, the dangers of misrepresentation are constantly present. As a filmmaker, Hackett is particularly aware of the need for ethical depictions of subjects within media.

“We’re creating this media, and it can be without any sense of moral responsibility to our subjects, or to the people we affect,” Hackett said. “So I was very concerned with the responsibility of the media-maker generation toward what they generate.”