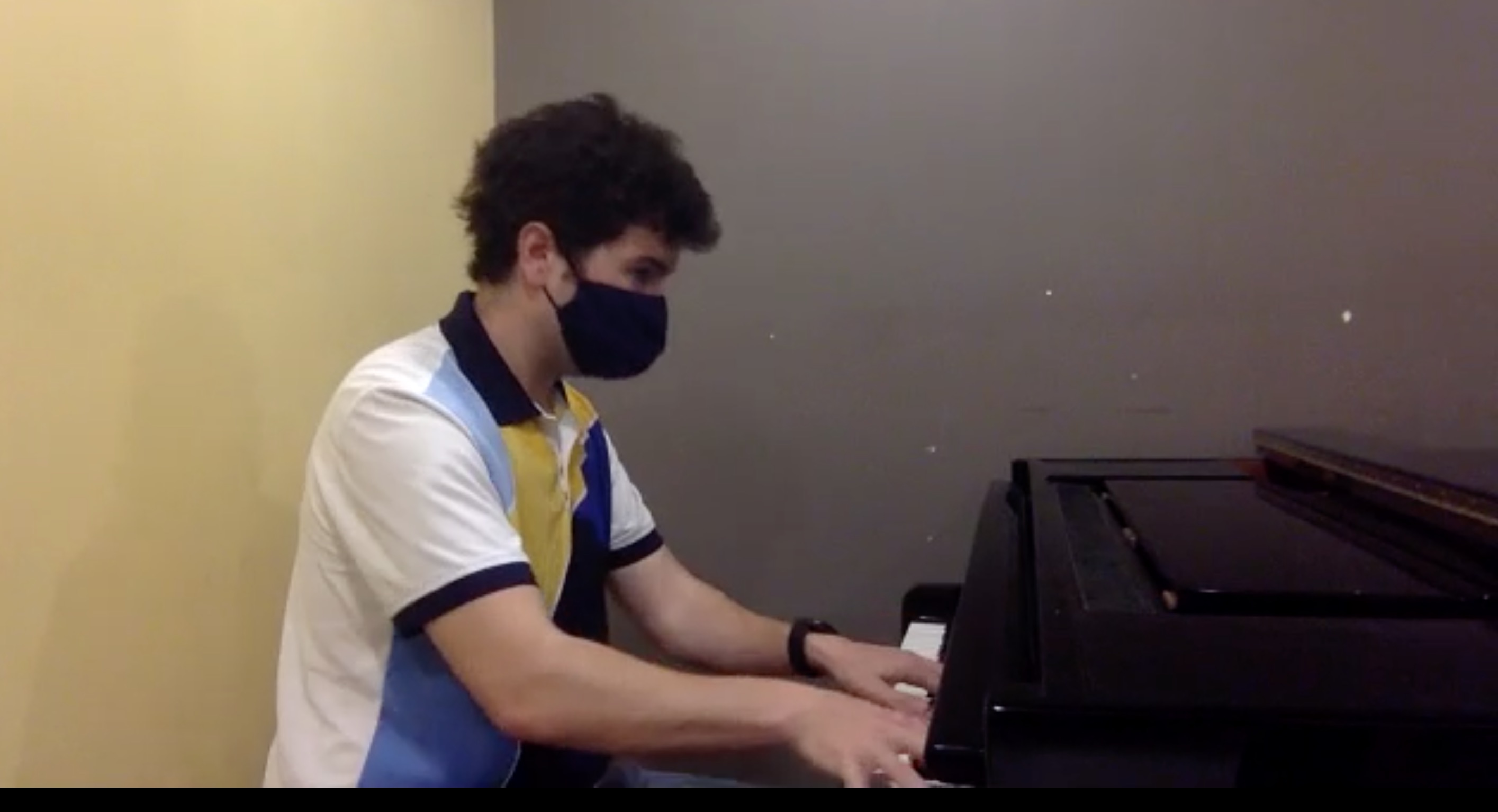 An assortment of medical machines beeps with monotonous consistency. Doctors and nurses in blue hospital scrubs shuffle between rooms. Amid the nonstop sounds of the hospital, however, the sound of live, relaxing music provides much-needed relief for patients.

This live music is played by Columbia students, as incorporating music into patient care has gained popularity among palliative care doctors and in the medical field overall. Although the performances are not officially music therapy—professional music therapists must have a bachelor’s degree in music therapy and complete 1,200 hours of clinical training—patients still reap the many benefits of hearing relaxing music.

Columbia has a particularly close connection to music therapy, as the University offered the first music therapy class in history in 1919. Originally theorized as a healing methodology in the late 18th century, the idea of using music therapeutically quickly gained steam within the medical community as its mental and physical health benefits were reified by scientific studies. For example, studies have shown that calming music can decrease blood pressure and increase the quality of life for sick patients.

Members of Columbia student group Music at Bedside have performed live music for patients in the neurosurgery and cardiac medicine units at NewYork-Presbyterian Hospital since their group’s creation in 2017. Before the COVID-19 pandemic, students would visit patients’ rooms and perform directly for those patients. Although the pandemic has deprived many performers and listeners of traditional live music, Music at Bedside has found silver linings in pandemic restrictions.

Lachlan Brennan, VP&S ’24, a current student leader of Music at Bedside, emphasized that while music performances occur on Zoom, the performances are live, and the program has been able to broaden its scope. Currently, performers meet each week and play a variety of relaxing music for patients in the rehab ward at the hospital.

“[COVID-19] has been able to make the process more inclusive than ever before,” Brennan said. “In some ways, we would wish to have that more close human interaction and be physically there, but we’ve had to transition to other ways to make that happen. And it’s been a fairly smooth transition so far.”

Brennan said that Music at Bedside, while representing a nontraditional facet of medicine, provides patients with a way to connect to performers and the world outside the hospital.

“I group medicine in three different categories: the physical side of medicine … and then you have the emotional and the spiritual sides,” Brennan said. “Music at Bedside … touches on these other areas of medicine—alleviating pain, entertaining a connection with somebody.”

Craig Blinderman, GSAS ’98, director of the Adult Palliative Medicine Service at the medical center and a faculty mentor for Music at Bedside, said that incorporating music into care can be an important means of mitigating pain and anxiety in patients with serious or life-threatening illnesses. Beyond direct medical care, Blinderman also stressed that music can become a crucial source of pleasure for patients facing grim ailments alone in the hospital.

“Even if you can’t quantify the extent to which it may mitigate physical or emotional suffering, [listening to music] just feels good,” Blinderman said. “Just the act of listening and being moved by music while you’re in the hospital is a very powerful experience.”

Vincent Le, CC ’21, has also organized music performances for sick patients. Le began his forays into musical care at the Terence Cardinal Cooke Health Care Center as a first-year working in both the HIV and Huntington’s Disease units. A Columbia student in Le’s research cluster who used art to assist patients at the Center recognized the therapeutic potential of Le’s interest in music and took him along with her when she visited the hospital. Eventually, Le began performing in hospital lounges for visitors and patients. He believes that music’s capability to connect performers and listeners without the need for conversation makes it unique among other forms of performance.

“I think [music] transcends beyond the normal boundaries of speech in language,” Le said.

During his sophomore year, Le began taking personal initiative in his music ventures. He reached out to fellow members of campus a cappella group Columbia Kingsmen and contacted the head of the classical and jazz music programs at Columbia. He and the students who volunteered gave performances at TCC and at Mary Manning Walsh Nursing Home, a separate facility nearby.

For some patients, Le’s music has been a source of not only comfort but companionship. Amid isolation, the patients have found a source of camaraderie in Le.

Because of pandemic restrictions, Le cannot visit the hospital to give informal piano concerts anymore. However, he has continued to perform, playing classical music for patients over Zoom. For Le, music ability to communicate with patients beyond language and physical presence is an invaluable gift.

“Most of the time when you’re playing with adult patients, it’s not just playing. You’re also providing companionship, you’re providing repertoire, and you ask them about their day and how they’re doing,” Le said.

Through the efforts of students in Music at Bedside and performers like Le, music can continue to alleviate some of the strains hospitalized patients endure, especially in an era defined by widespread isolation.

“I think we’ve learned so much during this past year in terms of how much we’re all connected and vulnerable and how much we all suffer,” Blinderman said. “The extent to which music and other interventions can be helpful in healing and providing some sense of connection to something bigger than ourselves is a very powerful thing for us to hold on to and prioritize in different ways.”

Editor’s note: The original article mentioned that Columbia students performed music therapy for patients. Music therapy is a field of medicine that is only practiced by certified licensed professionals. Spectator regrets this error.