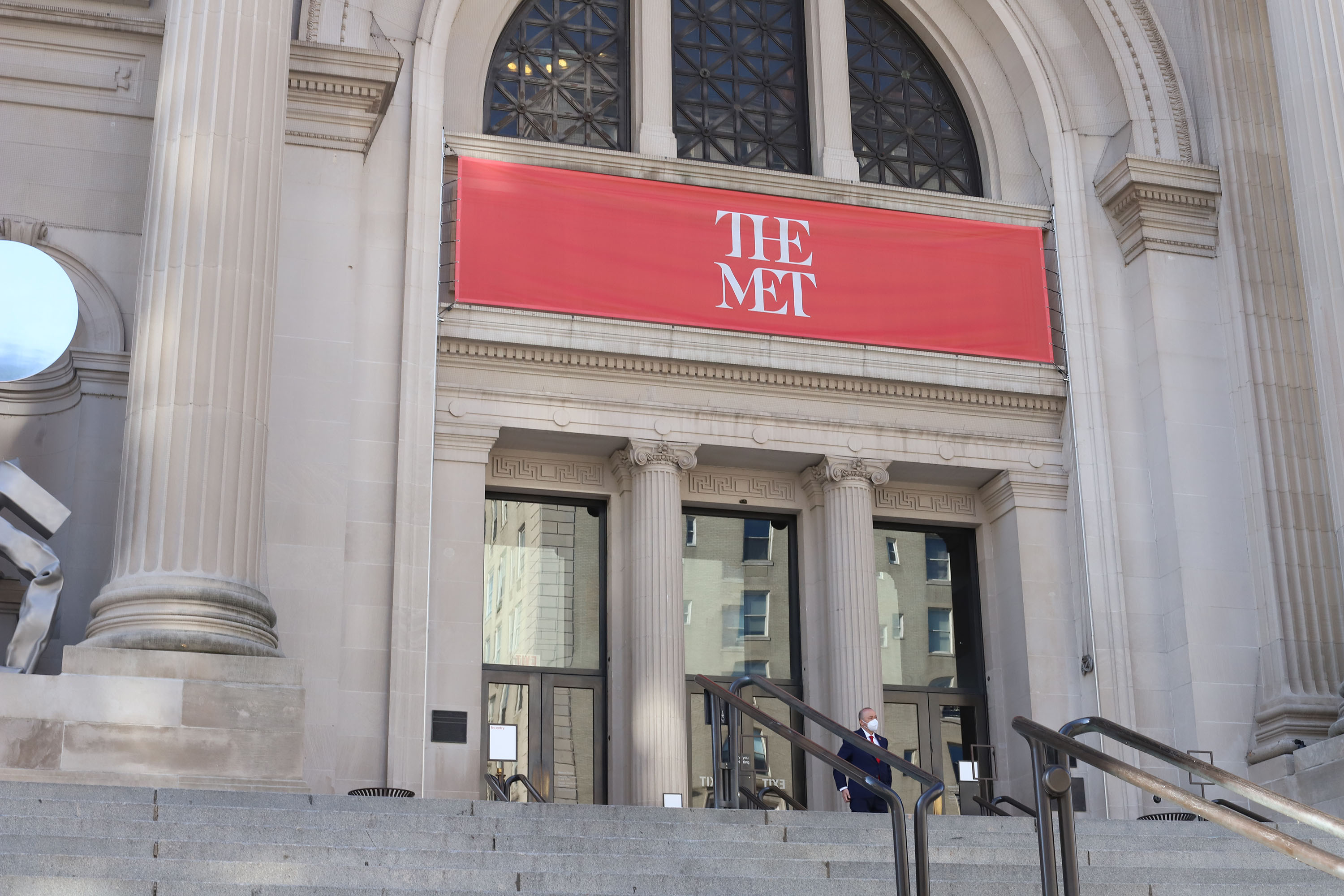 Amid COVID-19 restrictions and reopenings, the Metropolitan Museum of Art currently operates with limited capacity and recommends booking reservations before visiting. These protocols have also led to the reconceptualization of the museum’s internship programs. While the pandemic has made some internships entirely remote and other assignments within certain departments impossible due to their in-person nature, the Met has made immense strides in developing an inclusive internship program.

In August 2020, the Met announced that American business leader and philanthropist Adrienne Arsht had pledged $5 million to the museum, dedicated to funding the museum’s MetLiveArts series and the newly announced Adrienne Arsht intern cohort. The inaugural cohort is a group of paid interns that will gain professional experience within the 40 different departments of the museum’s operations over the course of 10 weeks. The departmental placements range from curatorial and archival work to maintaining the museum’s relationship with the local and federal government and overseeing its finances.

The decision to fully fund the program reflects the Met’s effort to break down economic and racial barriers in the arts and create accessible experiences for future museum professionals. Consequently, the cohort reflects a diverse range of backgrounds, and the program received a 200 percent increase in applications from the previous year.

“I am thrilled at the number of applications that were submitted for the first semester of Adrienne Arsht interns. It confirms that paid internships are an important step in advancing one’s career,” Arsht said in a press release. “Paid internships create a more level playing field, allowing more opportunities and enabling greater inclusivity for all.”

Among a class of 28 accepted positions, Elina Arbo, CC ’22; Miguel Alonso Moya, CC ’21; and Rory Slattery, CC ’20, were selected in the first cohort of spring interns. This program is the first fully paid internship program offered at the Met—an investment the museum hoped would attract a wide pool of applicants, especially in light of the ongoing pandemic and subsequent economic crisis.

Moya discussed his excitement toward the opportunity to work alongside other interns and museum professionals. He is currently working under the education department within its family and teens program.

“Getting to speak to these people just gives me a lot of perspective I don’t really have access to on a regular basis because I don’t have a background in the arts,” Moya said. “I’ve only taken a couple of art history classes. So it’s just nice to get to interact with these people and learn from them.”

In his position, Moya oversees and works closely with high school interns within the education department to further their professional development. At Columbia, Moya is pursuing his B.A. in philosophy and is involved with Sabor and the Columbia QuestBridge Scholars program. After graduation, he will be teaching social studies to low-income middle and high school students in Miami, Florida with Teach for America. He also hopes to later pursue a master’s degree in education.

As a low-income student and person of color, Moya noted that he would have looked elsewhere for a position had the program not offered payment.

“I find it that people like me are not too interested in the arts from a young age, or at least don’t get that exposure. So I would like to learn as much as I can [from] being in a museum so that I can communicate the value of the arts to people like me,” Moya said.

Moya, who credits the Core Curriculum’s Masterpieces of Western Art course as his first encounter with art history, hopes to deepen his knowledge on the subject and ultimately use these insights as a way to further art’s accessibility.

“I hope to, at some point, use art in my lessons, or art history, to be able to communicate what was happening [in] a society at a given point, giving cultural context, historical, political, economic context through the arts because I think there’s a lot of wisdom in that,” Moya said. “That kind of wisdom is not as accessible to minorities, at least not a lot of times, because they just don’t get that exposure. So I would like to be the person who brings that exposure to those types of people.”

Amid barriers to entry into the art world, the Adrienne Arsht cohort makes the Met the largest museum in the country to offer paid internship opportunities. The program’s mission to promote accessibility and diversity within the industry is a step toward removing exclusivity and elitism from the art world.

“I look forward to welcoming these remarkable interns to the Museum,” Max Hollein, director of the Met, said. “They represent our future and the next generation of museum professionals.”