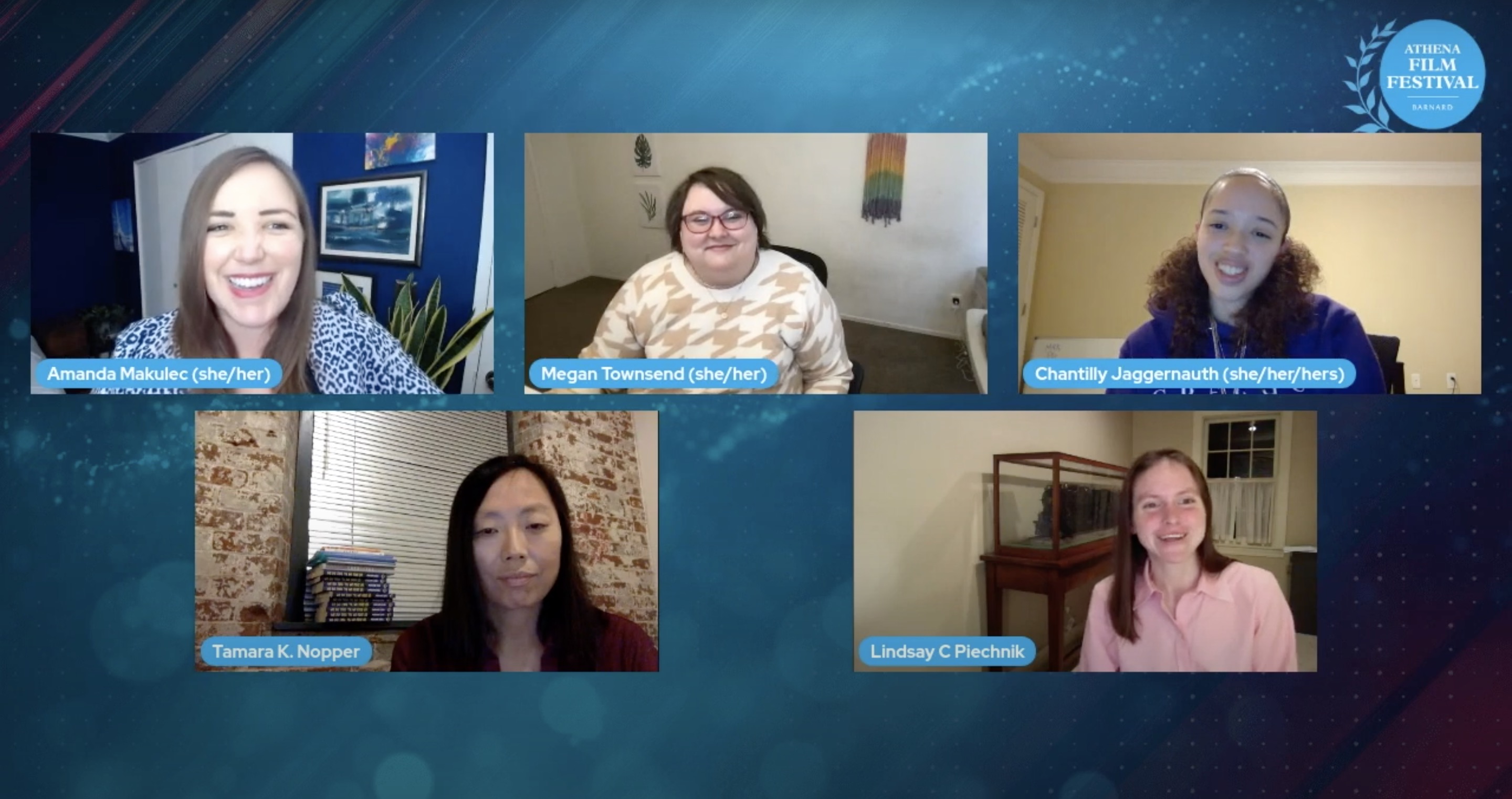 We live in a data-driven society where everything can be broken down into numbers: Columbia’s 265,000 followers on Instagram, a 66.7 percent voter turnout in the 2020 U.S. presidential election, 4,667 for a Columbia Housing lottery number. Often, numbers can overwhelm us.

As part of the “Making It Happen: Women in STEM” program, the Athena Film Festival recently hosted a panel titled “Understanding Numeracy: Breaking Down Numbers to Break Up Oppression,” which explores the role of data in people’s daily lives and how humans interpret and engage with numbers. Moderated by Amanda Makulec, the executive director for the Data Visualization Society, the panel narrowed in on the intersections between data literacy with political discourse and the current public health crisis.

Lindsay Piechnik, a professor of mathematics at Barnard, spoke of the difficulties in conceptualizing big data and how data can be manipulative. She characterizes the general public’s relationship to numeracy as one riddled with fear and anxiety, a perspective rooted in her experience with her students.

“A larger-than-some-other-disciplines percentage of the students walk into the room feeling alienated by the subject from day one,” Piechnik said.

Megan Townsend, an activist at GLAAD, the world’s largest LGBTQ media advocacy organization, agreed that the ability to extract meaning from data sets without feeling alienated is critical to data literacy.

“[I try to] figure out what is the story, how is this personal?” Townsend said. “How can I make you understand this in a way that … means something more to you than just a number that you’re going to forget 20 minutes after you see me present on it?”

Tamara Nopper, a data artist and sociology professor, also pointed out the difficulty in using sources appropriately, even if one is data-literate. She reflected on a recent time when she compiled and tweeted data about COVID-19 from the Centers for Disease Control and Prevention, but later felt like she may have potentially misinterpreted the numbers as a result of her biases.

“I was an example of somebody who, even as somebody who is trained in data work, … was contributing confusion to the conversation,” she said. “I let my concern about racism and the way that I was watching the conversation about Asian people being responsible for COVID [get in the way]. But also I used my own hubris. … I’m not a public health expert.”

Nopper also argued that data literacy enables access to politics and prevents data weaponization against marginalized communities, noting that all data is political.

“Part of data literacy is for us to think critically about the politics and political economy of data collection, data dissemination, and also the uses of data both from above but also from oppressed communities,” Nopper said.

According to Nopper, data literacy is empowering and a discipline that should be demystified for the sake of transparency.

“How do we encourage more and more people to see it within their political interest to have data literacy so that they can participate in decision-making processes, participate in things that have high political stakes for the quality of their lives?” Nopper said.

The panelists responded to the importance of understanding data with regard to issues in America’s political climate: how a data scientist in Florida was pushed to manipulate COVID-19 data to encourage restaurant reopenings; how organizers of the “defund the police” movement are questioning politicians on budgets; and how awareness of the statistics regarding violence against queer women in television shows has helped start conversations with showrunners and writers.

In discussing barriers to data literacy, Chantilly Jaggernauth, CEO and founder of the nonprofit Millennials and Data, mentioned a “shame” culture in which data professionals may criticize people for making mistakes in data visualization instead of educating them, which ends up causing more alienation.

“The thing that I found with breaking that barrier, to helping somebody new to data understand it, is making it relatable,” she said. “How can you relate it to them?”

The nuances of interactions with a “data marketplace” were also teased out. When met with numbers, it is important to question who is sponsoring the data, who is funding it, how has it been fact-checked, and what are the ideological beliefs or intentions of these data entrepreneurs—especially in an age where information is collected nonstop.

“I’m thinking about how much easier it is to become your own data miner now than it would have been previously,” Piechnik said. “Because what came to my head was Ida B. Wells. The fact that she collected information on lynchings was so profound in and of itself because the data didn’t exist.”

The panelists left viewers with words of advice, many of which touched on the value of connection. They encouraged people to look for ways to find personal relevance within numbers while keeping in mind the contexts of how the data was collected and presented.

“I hope everyone’s leaving feeling a little bit inspired to be a little bit more critical the next time you’re reading a chart or a graph,” Makulec said. “We hope that you’ll continue these conversations with your own friends and colleagues because this is a conversation that’s worth having, I think, across disciplines and across domains of expertise.”