Initiatives have been created to amplify women in the restaurant industry, but the disparity in senior-level positions remains prevalent

Initiatives have been created to amplify women in the restaurant industry, but the disparity in senior-level positions remains prevalent 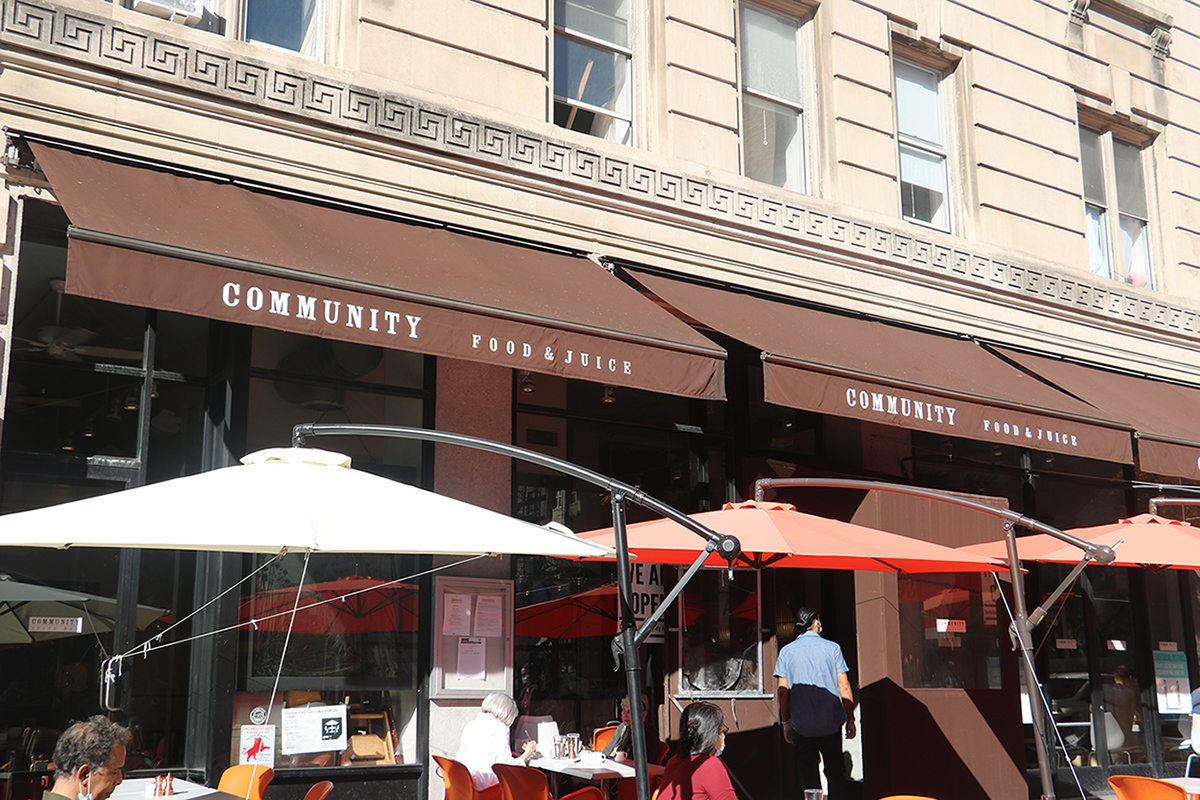 Women today continue to make their mark in the food and restaurant industry, even as they face obstacles to assert their place.

Now more than ever, women are beginning to make their mark as chefs and restaurant owners across the country. Still, in comparison to their male counterparts, they remain underrepresented in higher-level positions of power.

In the Harlem and Morningside Heights neighborhoods, there is a long history of a matriarchal cooking heritage. Lilian Harris Dean, who was known as Pig Foot Mary, gained fame as one of Harlem’s first female culinary entrepreneurs. Dean sold boiled pigs’ feet out of a repurposed baby carriage on 135th Street to displaced Southerners who settled in Harlem.

Later came restaurants such as Sylvia’s and Amy Ruth’s, led by female trailblazers in the industry. More recently, restaurants such as The Edge Harlem and Belle Harlem have become  successful businesses, and the progress these restaurants and others have made continues to pave the way for up-and-coming female chefs and restaurateurs hoping to break in.

In New York City at large, according to the Center for an Urban Future, women-owned accommodation and food services businesses grew by 45 percent between 2011 and 2016. Ranking fifth in growth for women among 15 other industries in the city—about 4,000 new women-owned food businesses opened up during this period.

In 2019, in the United States, the distribution of women working in entry-level and managerial positions in food and beverage manufacturing was 50 percent and 37 percent respectively––with this closely mirroring the number of women in these types of positions in all industries.

The disparity between male and female representation in the food industry is largely a result of women overall being less likely to be employed in higher-level positions. In senior vice president and C-suite executive food and beverage manufacturing positions, the gap grows wider with women filling these positions at a rate of 22 percent and 16 percent respectively compared to 26 percent and 21 percent in all industries.

Dede Lahman, the former co-owner of Community Food & Juice, said that the way to fight this trend was to promote more women to higher-level positions. “This is the way we do it, because when you have a woman in power then she might choose another woman of power, like me, and that’s what I do.”

According to the U.S. Labor Department, while more than half of graduates from the Culinary Institute of America are women, less than 20 percent of working chefs are women. In looking at higher leadership roles, the numbers are even lower, with only 7 percent of head chefs and restaurant owners across the country being women. Undeniably, the presence of women is still lacking in higher-level positions such as senior managing director, vice president, or C-suite executive. Instead, female presence lies most strongly in roles including servers or bartenders.

“There are plenty of women who are doing things in the food industry, [but] they don’t get the same recognition as their male counterparts to get paid the same amount,” Justine Masters, co-owner of The Edge Harlem, said. “They’re more seen as anomalies because they’re women. [as] most people when they think [chef] they equate that with men.”

The difficulties many women face in raising enough money to open their business is an important factor explaining the lower presence of women in higher-level positions. Something which many did not anticipate would be an issue.

“I think of myself as smart, intuitive, and I know what I’m doing, so the idea that I would face any sort of discrimination or any sort of barrier because [I was] a woman didn’t cross my mind going into this,” Juliet Masters, co-owner of The Edge Harlem, said.

According to the Urban Institute, less than a quarter of conventional small-business loans are awarded to women-only businesses, which equates to women receiving around 4.4 percent of the total dollar value for all small-business loans. Given that nationwide, 33 percent of businesses are majority-owned by women, this discrepancy puts women-only businesses at a disadvantage compared to their male counterparts.

Still, with specific plans in place to financially support women in the industry, women’s representation has continued to increase over the years. Initiatives such as the Women’s Business Ownership Act of 1998 specifically work to help improve the success of women entrepreneurs, helping them procure the finances they need to make their ideas viable.

According to the National Restaurant Association, women-owned businesses grew three times faster than the overall restaurant industry, increasing by 40 percent from 2007 to 2012. In the wake of the COVID-19 pandemic, on March 11, the American Rescue Plan Act of 2021 was signed into law, allocating $28.6 billion to the Restaurant Revitalization Fund, which in its initial weeks prioritized funding for small businesses owned and controlled by women, among other groups such as veterans.

“So you’re starting to see that the culture at large is prioritizing women in business with finances, and that’s when you’re going to start to see more big bad women business owners in the restaurant industry,” Lahman said.

Another factor that might explain the lower presence of women in top positions is due to attrition as they go on to begin their families––yet in practice, this is not the case. Men and women express similar loyalty to their companies by not moving to other companies—67 percent for women and 70 percent for men. When they do plan to leave their company, their plans are also comparable, with 65 percent of both men and women having plans to continue working. The problem lies in the barriers women face in obtaining their first promotion, which would set them up for success for the remainder of their careers.

The 2019 Women in the Workplace study found that while one in three women surveyed reported seeing biased behavior toward women in the workplace, only one in 10 men said the same. Looking at the effects of this statistically in 2017, 20 percent fewer women than men were found to achieve the first promotion to manager, a number that drops even further when comparing women of color to white males at all levels. This difference puts women at a disadvantage when entering positions of power.

“When you’re in it, you’re like, ‘Oh, they don’t listen to me the same way they would probably listen to me if I was a strong man,’” Juliet Masters said.

“[It’s important to increase] awareness of what possibilities there are,” Burnett said. “[To show women] that you can go into an industry that, you know, is white male-dominated and still make your mark and find a way to make it different and unique.”

Documentaries such as “Her Name is Chef”—set to be released March 26 and which stars Juliet Masters, among others—look at groundbreaking heroes in the kitchen who broke down the barriers set before them to become well-respected and successful chefs. Organizations such as the nonprofit La Cocina, which works to help women, immigrants, and people of color in restaurant and food business ownership, and the LEE Initiative’s Women Culinary and Spirit’s Program, which brings qualified women into the kitchen, directly help women navigate the industry.

“If you see more women and people of color in those positions, then it’s more motivating to say.  ‘Hey, this is something I can do,’” Burnett said.

In the end, although strides are being made to bring more women into the food and restaurant industry, this process remains unfinished. Even with the progress women have made to move into higher positions, their presence still has the potential to grow larger. Encouraging and supporting more women socially and financially in their restaurant ownership and culinary endeavors remains vital to ensuring they continue to become powerful figures within the industry.