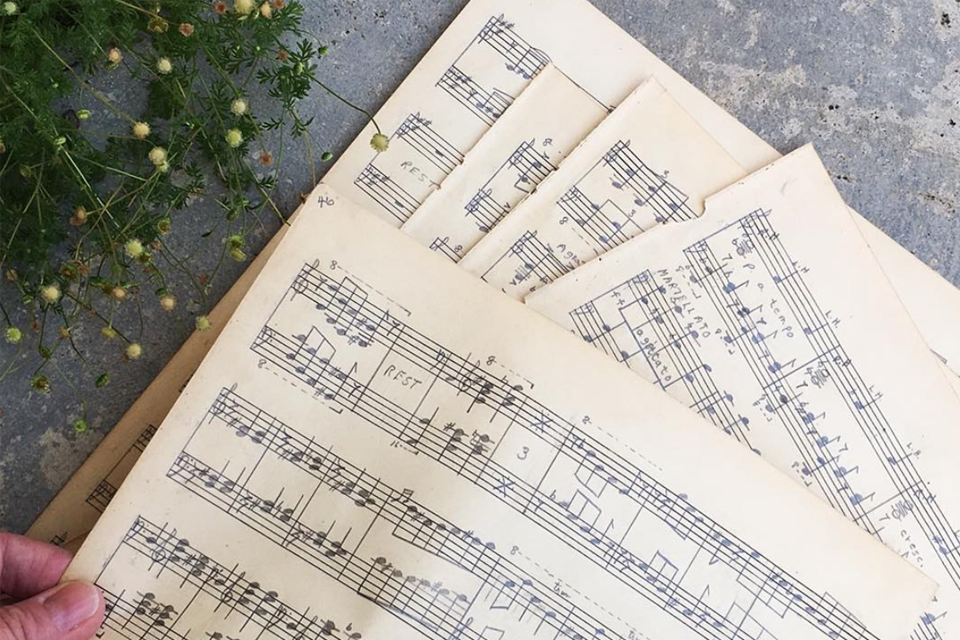 The fast swing rhythm moves along with Nina Simone as she expresses her exhaustion over the wait for racial equality in her piece, “Mississippi Goddamn.” Richie Havens strums his guitar as he draws upon the spiritual song “Motherless Child” to improvise his first performance of “Freedom.” Charles Mingus, Eric Dolphy, and Dannie Richmond protest against then-Arkansas Gov. Orval Faubus through dialogue sung between and over rich jazz sounds in “Fables of Faubus.” These works of music are all from Black performers and composers only recently added to the Core Curriculum.

Critiques of the Core Curriculum’s treatment of diversity and inclusion have been a long-standing campus conversation and have been accompanied by various curriculum changes. Syllabi have changed to reflect student concerns, such as the inclusion of Literature Humanities’ first female author, Jane Austen, in 1985, two years after Columbia first allowed women into Columbia College.

Following this pattern of increased diversity, the Music Humanities curriculum has been changed recently. In 2018, after the course’s first three-year syllabus review, more female and Black composers were added to the syllabus. Music of the Civil Rights era was even added this year before the required syllabus review, in response to the racial justice reckoning in 2020. This change included the addition of pieces like Billie Holiday’s “Strange Fruit’' and Nina Simone’s “Mississippi Goddamn.”

The Music Hum curriculum already features women throughout periods of music history, starting with Hildegard von Bingen, a prolific female composer from the medieval period. Beatriz de Dia, another female medieval composer, is also included, but then there is a gap of over 600 years until the next female composer––Clara Schumann, who lived during the Romantic era. It is not until the 20th century that there is a greater presence of women musicians and performers, such as Ruth Seeger and Hildegard Westerkamp. The 20th century is also the first time the work of Black composers is brought in, focusing on early and later jazz movements, as well as William Grant Still’s “Afro-American Symphony.”

“You see the people who, because of their barriers to entry that they faced, might not have had the chance to influence the next generations,” Sisman said. “Many of the Black composers and musicians who went into jazz had been classically trained, or they grew up in the house with a piano, their talent was recognized early, and then they couldn’t get into a conservatory.”

Though Sisman, inspired by the critical work of jazz scholar Mark Tucker, was an advocate for incorporating jazz into the syllabus in the ’90s, faculty at the time voted the proposition down. Later, in 2004, jazz was incorporated into the curriculum with the help of professor Christopher Washburne, founder of the Louis Armstrong Jazz Performance Program.

Sisman explained that the addition of Civil Rights music this year places that music in conversation with the work of jazz musicians. She mentioned that one way to teach jazz is as its own classical tradition, connected to earlier musical periods through the use of improvisation. However, later jazz can be taught as part of the modernist movement, with Black musicians wishing to be treated as serious musicians and not simply entertainment for white people.

“If you came into jazz innovators of the ’40s and ’50s as modernists, then you would have a kind of different narrative, and then you could do music of civil rights as being part of that [history],” Sisman said.

The Civil Rights music added this year includes a number of 20th-century Black women musicians. Susan Boynton, former chair of Music Hum, expressed that women can be discussed as important figures in music history even during the earlier parts of the course. She believes that understanding the contributions of women performers and patrons, rather than only women composers, helps to expand opportunities to discuss the role of women in Music Hum.

“Women are involved in music throughout history, as composers, … as performers, as singers, and as patrons. What people are starting to realize is that the role of, say, a singer is actually much closer to the role of a composer than we might realize in something like opera,” Boynton said. She explained that female opera singers have always used creative license in their performance, and in that skilled performance have acted similarly to composers.

Though women and composers of color continue to be added to the curriculum, earlier demands for standardization of the Core have reduced instructor ability to add non-canonical material to their class syllabi. Tina Frühauf, an adjunct lecturer for Music Hum, appreciates that standardization creates a common student experience, but regrets that it has come at the cost of some important conversations, such as tackling the question of how the “Western” canon comes to be by looking at how other regions influence canonical works.

“I took some liberties, for example, a session on Argentine Tango kind of problematized the question of Western music,” Frühauf said. “I really enjoyed that flexibility because I also know that certain pieces that I teach them I could bring in contemporary issues much more easily.”

Some students also find the goals of inclusion and diversity on the syllabus somewhat troubling due to the possibility of tokenization. Arielle Yacker, GS/JTS ’21, said that although starting the course with Hildegard von Bingen is an interesting choice, she wonders if including more women would fail to deal seriously with their work and contributions.

“That first week I thought that was really, really interesting. And then I just, I fear now are we putting in a woman for women’s sake,” Yacker said.

“The movement tends to be toward diversity, and I think it’s not even just in the music that we look at but in the perspectives that we look at it with. … But I think, again, at a certain point, one would really need to from the ground up reconceptualize what Music Humanities is if we wanted it to be significantly more diverse in terms of the interest of at least the identities of the people creating the music,” Brook said.

Boynton is also in favor of increased diversity within the department, but she believes that any additional changes to the course have to come with increased institutional support. Boynton’s concerns echo other long-standing concerns about pressures on the music department, such as issues with classroom spaces and requirements to schedule Music Hum classes.

“I don’t see it expanding unless it expanded to two semesters, and we can’t. The undergraduate requirements are already a lot,” she said. “We have very, very few classrooms. We have thousands of students in the classrooms because of Music Humanities.”

Boynton also cites other factors, such as the University’s current hiring freeze, as further obstacles to changing or adding courses in the future.

“You can’t develop a whole new course when you’re already fully signed up for courses, and you can’t introduce a significant new curriculum when there’s no money to hire faculty. … I’m all in favor of new ideas, but I’m not in favor of what seems to typically be the Columbia approach, which is to come up with new ideas and then make a proposal and spend a lot of time on it, and then we’ll tell you there’s no money for it,” Boynton said.

Despite echoing concerns about institutional support of Music Hum, Sisman still believes there are strong opportunities to continue including non-canonical material into the conversation.

“It’s not like I think we should find every great composer and find a place for every great composer because you can’t possibly do that. … It’s not like you’re picking an alternative path, because there aren’t stepping stones from one composer of color, or female composer, or something like that to another,” Sisman said. “But there are voices that, I think, work beautifully together with the more analytical voices. And so I’d like to bring more of them in.”