‘Emerging at Your Own Pace: Different Pathways in Film’ redefines success and emergence

‘Emerging at Your Own Pace: Different Pathways in Film’ redefines success and emergence 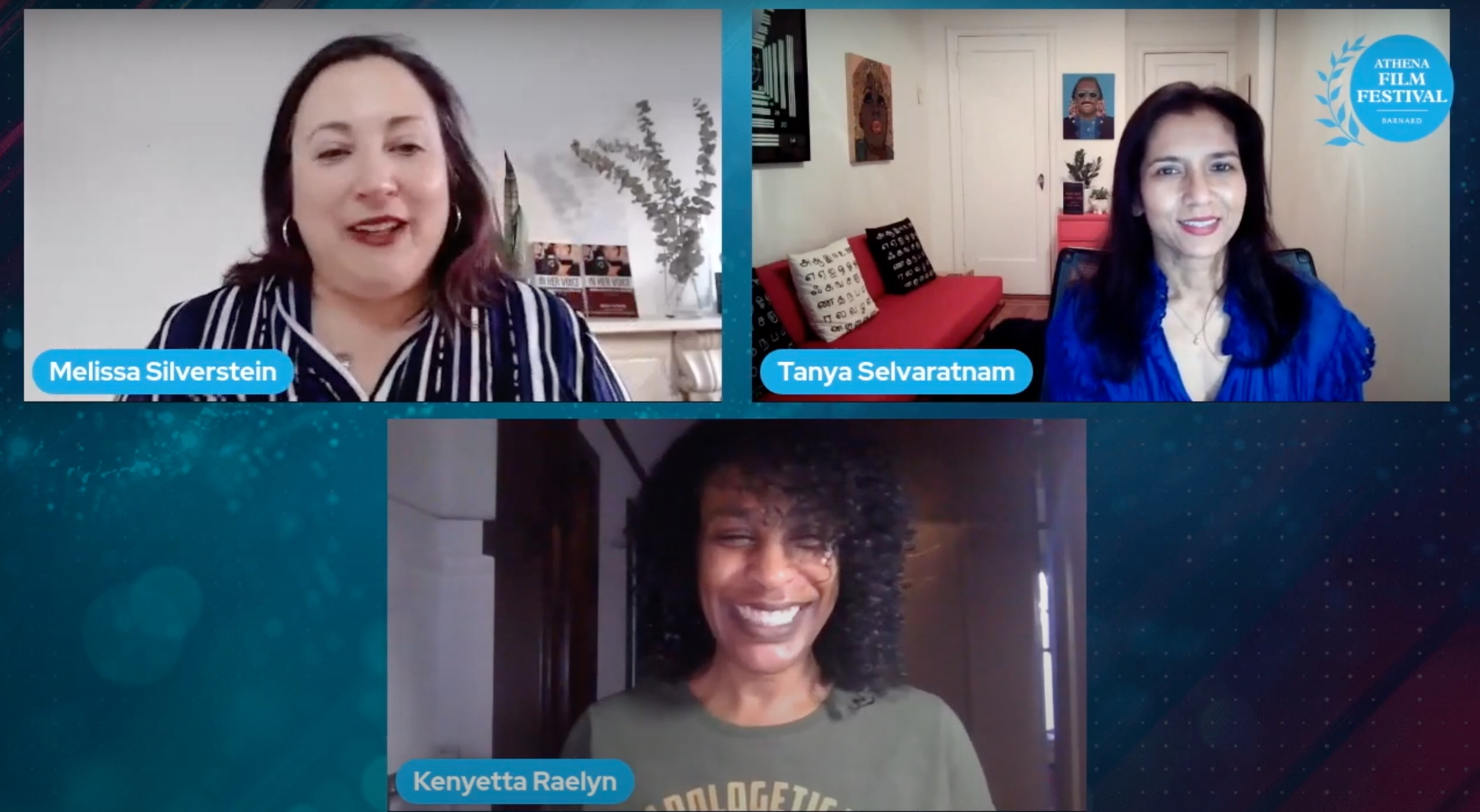 At the 11th annual Athena Film Festival, the “Emerging at Your Own Pace: Different Pathways in Film” panel assured the film industry that emergence is constant and that success is not black and white.

In the film industry, the adjective “emerging” typically has a negative connotation. However, this need not be the case, as the process of emerging is never-ending—the process of reinvention is constant in a world where success is not easily defined. To emerge in the film world, one must grow and evolve into a successful individual.

At the 11th annual Athena Film Festival, the panel “Emerging at Your Own Pace: Different Pathways in Film” gave voice to women in the film industry who rose to fame in unconventional ways. Part of the “Resilience Through Uncertainty” program area, the panel features screenwriter and filmmaker Kenyetta Raelyn and artist, writer, and Emmy-nominated producer Tanya Selvaratnam, who shared how they emerged to success at their own paces. Melissa Silverstein, the founder of the blog Women and Hollywood, moderated the panel.

The panel began by showcasing the lessons Raelyn and Selvaratnam have learned throughout their careers. Whereas Raelyn emphasized the value of focus, Selvaratnam said one must be open; curious; good at listening; and mindful of colleagues, projects, and goals.

The panelists and host wondered if emerging was a constant state, like growth: Although emergence is typically associated with youth, the women agreed that their older colleagues are constantly growing and reinventing themselves. Everyone emerges at different stages and at different speeds.

“When I think of emerging, emerging can be this cocoon that you come out of,” Raelyn said. “What I realize about life is that the cycle repeats itself. So, it’s not one time that you emerge, you’re really reinventing yourself and sometimes you have to pivot or go back in the cocoon.”

The word “emerging” has a negative connotation and ignores the different successes that members of the film industry experience. However, there are programs created in the industry with the purpose of opening pathways for people to expedite their breakthrough processes and find success.

As they progressed from the topic of emerging, the women dove into the topic of barriers in the industry. The first problem stated was that women are seen as catering to niche audiences. Movies starring women often cater only to women. As this should not be the case, producers should create work starring women with the intention of drawing a diverse audience.

“With the right promotion of a project, we have seen time and again how movies pop,” Selvaratnam said. “So making the film is the hard part. Making sure that people see it is the harder part.”

Filmmaking is moving into a world in which authentic stories are rewarded. As such, filmmakers must invest in unconventional narratives that are not usually featured in the film world. According to Selvaratnam, some change has happened recently due to significant social movements, like Black Lives Matter and #MeToo, but the real change will occur once those who control the conventional narratives either step down from power or change the narratives they promote.

“It shouldn’t take that for people to have to cede power,” Selvaratnam said. “So there has to be more of a deep reflection on the part of companies about who’s at the decision-making tables and who is greenlighting projects.”

They then dissected how film festivals approach programming in terms of which films they feature and place in the festival. The committees, advisory teams, and programming teams must be formed in order to curate better programming with intentionality. These teams will confront the pipeline problem and put a more diverse group of people through it.

Next came tackling the definitions of success and art. According to Selvaratnam, the broader definition of success can be calculated in many different ways. One can choose to relate it to how many people view the film, the revenue generated by the film, or what type of impact the film has on the world. Similarly, the definition of art is broad, but what was agreed upon is that art holds power.

“Art is in the eye of the beholder. The experience of art is a subjective one and it is fascinating to me how two people, even like-minded people, can react very differently to a work of art,” Selvaratnam said.

As the panel closed, Silverstein asked Selvaratnam if she would consider herself a resilient person. Although Selvaratnam claims to be resilient, she believes this should not have to be the case.

“There are two sides to that coin of resilience,” Selvaratnam said. “I am also tired of people having to be resilient. We should stop trying to overcome; we should stop having to pick ourselves off the ground and rise again.”

Selvaratnam concluded with a call to all aspiring filmmakers: to keep pushing against the narrative and emerge into the spotlight at your own pace, for there is plenty of room for those who want to make their marks in the film industry.