‘Belly of the Beast’ exposes forced sterilization in the U.S. justice system

‘Belly of the Beast’ exposes forced sterilization in the U.S. justice system 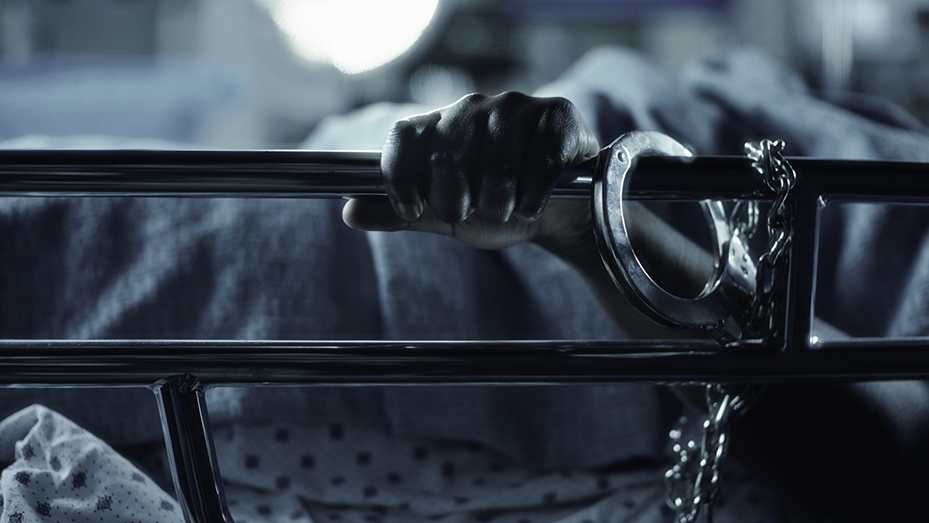 “Belly of the Beast,” directed by Erika Cohn, features Kelli Dillon and Cynthia Collins’s fight against forced sterilization in California.

When activist group Justice Now distributed surveys about a bill banning forced sterilization to inmates in the Central California Women’s Facility, they received an overwhelming response. Women recalled being kept in the dark about their medical status and lied to about having ovarian cancer or other severe diseases. They were forced to sign surgical consent forms that they were not given sufficient time to read and recounted the negative health effects of sterilization procedures they did not know they had undergone. In the midst of these recounted experiences, there was enormous support for legislation that would finally give women recourse for the abuses committed against them.

Director Erika Cohn’s revealing documentary “Belly of the Beast,” shown at this year’s Athena Film Festival, exposes California’s complicity in what Cohn essentially amounted to a modern-day eugenics program in California, as well as the legal and bureaucratic barriers obfuscating those abuses from the public. Shot over the course of seven years, the documentary follows Justice Now and Kelli Dillon, a former inmate at the Central California Women’s Facility, as they attempt to uncover the extent of the sterilizations and win reparations for the victims.

“It goes even deeper than we who’ve been working on this for a decade now,” Justice Now Communications Director Courtney Hooks said.

After Dillon awoke from what should have been a routine gynecological examination, she immediately felt something was wrong. Over the next nine months, her period stopped. She lost over 100 pounds. Her concerns over her health were dismissed by the doctor at the prison, who told her that she should be glad to have lost weight.

Disturbed, Dillon wrote a letter to Justice Now, an activist organization co-founded by human rights lawyer Cynthia Chandler that investigates the extensive medical abuses in the California prison system. Chandler’s investigation uncovered a terrifying revelation: Dillon had been forcefully and secretly sterilized against her will. Before the operation, Dillon had only given permission for a hysterectomy in the case that cancer cells were found in her ovaries. But the symptoms Dillon had experienced all corresponded to surgical menopause, a medical procedure she had not approved.

“I feel like I was robbed of the fullness that could have been given to me had this not happened,” Dillon said in the film.

Dillon soon discovered, however, that she was not alone. After speaking to more women in the prison, she was alarmed by numerous stories frighteningly similar to hers: pap smears given at medical center visits for unrelated health problems, a sudden increase in women’s reproductive problems, and reports of surgeries—just like the one Dillon received—after “abnormal cells” were supposedly found in the women’s bodies.

Her case, she realized, was part of a greater trend of sterilization in California’s prisons. She began carrying around a briefcase filled with forms to help affected prisoners contact Justice Now, helping provide crucial information to Collins’ team of investigators on the outside.

Finding justice and transparency in the United States’ legal system, however, has been difficult. The team hit barrier after barrier starting from the very beginnings of their legal actions in 2006 when Dillon became the first inmate to sue the California Department of Corrections and Rehabilitation for damages. Because forced sterilization was explicitly illegal under federal law, Dillon’s lawyers believed her case should be a transparently open-and-shut victory. Despite this, the majority-white jury believed the prison doctor’s version of events, eventually dismissing the case on the basis that its statute of limitations had expired. The loss was devastating for Dillon.

“I was looking at these documents that [were] confirming that as a Black woman, my life wasn’t shit,” Dillon said as she recounted the trial. “It didn’t mean anything. It had no purpose.”

Further investigation into the sterilization of prisoners became even more difficult by the prison system’s culture of silence and control. The lopsided power dynamics of the prison meant women were entirely subjected to state control with little opportunity for recourse. This environment made it difficult for women to give informed consent legally required for hysterectomies and other sterilization procedures. It was also difficult for women to find recourse as figures who spoke up faced retaliation through additional years added to their sentences.

Regardless, the team at Justice Now, with the help of investigative reporter Corey Johnson and an anonymous whistleblower within the Centers for Disease Control and Prevention, pieced together the facts related to the abuses occurring behind bars. Tubal ligation, a procedure that results in sterilization, was reclassified as a medical necessity that could be financially reimbursed by the state. Over half of pregnant women were forced to undergo Caesarian sections for “security purposes,” a procedure that allowed doctors to easily sterilize women through tubal ligation. The publication of these facts in an expose by Johnson triggered public controversy and the introduction of a bill banning forced sterilization in California prisons.

Potentially the most chilling part of the documentary is the point at which it touches on the underlying rationale of the procedures. The film features the case of OB-GYN doctor James Heinrich, who made numerous judgment calls for women to be sterilized. In a particularly revealing moment, Johnson recalls confronting Heinrich with information that the state had, at his behest, spent over $100,000 in taxpayer money on a supposedly banned procedure. The doctor’s response was blunt:

“That’s cheaper than welfare,” he said.

Here, Cohn situated the film within the historical context of the United States’ extensive propagation of eugenics. Heinrich’s attitude, as University of Pennsylvania Law professor Dorothy Roberts notes, mirrors the rationale of the leaders of California’s eugenics movement who justified sterilizing disabled and minority women with the rhetoric of cost efficiency and taxpayer savings. At the peak of the United States’ eugenics movement in the early 20th century, California led all other states in sterilization; German scientists even came to study California’s program as a model for the Nazis’ later eugenics system. After eugenics itself became taboo after the defeat of the Axis powers in World War II, population control policies continued to target women of color.

“Heinrich was part of a legacy,” Roberts said. “If you just stop and make him the face of it, do you really get at the problem?”

Indeed, the problem extends well beyond Heinrich. A state document leaked by the whistleblower—signed by the Federal Receiver appointed to enforce federal laws governing the ethical medical treatment of prisoners—echoes Heinrich’s justification for sterilizing women during labor and delivery: cost-efficiency.

The film focuses on the root cause of the problem: state policy that continues to dehumanize Black and Latina women, targeting them as criminals who must be stopped from reproducing for the good of society. It recognizes that Justice Now’s advocacy is a small microcosm of a systemic problem across the nation. A title card at the end of the film notes that the true extent of sterilization programs across the country remains unknown.

Ultimately, through Dillon and Collins’ work with Justice Now, the bill banning the forced sterilization of prisoners was passed into law. Despite this victory, however, the film refuses to offer neat resolutions. Justice Now is still working on uncovering information on sterilization programs in other states, and even today, Collins and Dillon still fight for justice for the victims of sterilization who have still not received reparations from the state.

“We have yet to get an apology. We have yet to be acknowledged. We have to crack this thing wide open. CDC has to be made accountable,” Dillon said. “This is just the beginning.”

Staff Writer Julia Tong can be contacted at julia.tong@columbiaspectator.com.