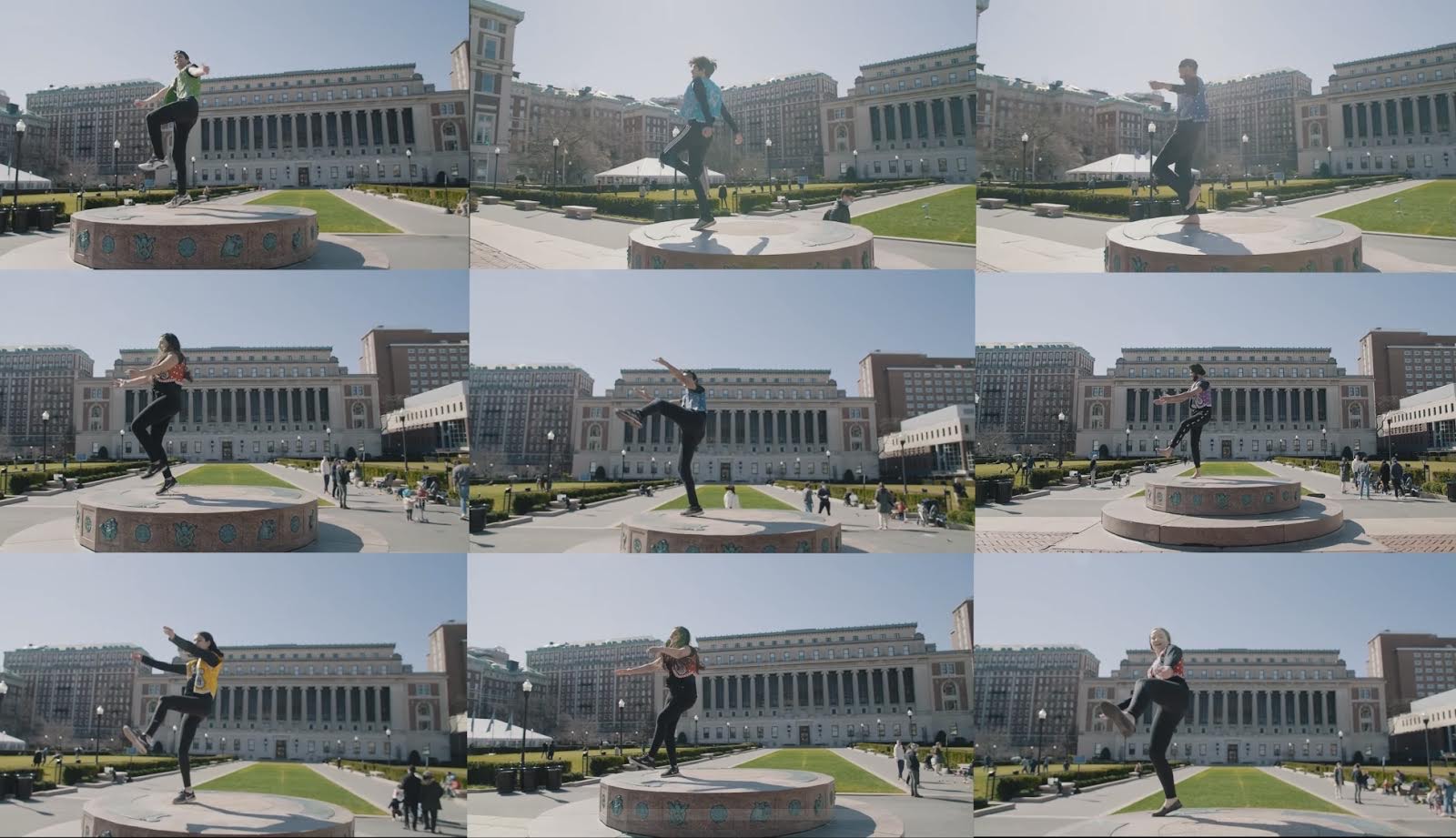 Over 100 viewers anxiously waited for the music to begin on their screens. Even without a live audience, one still felt the same suspense before the stage opened. Each audience member sat on the edge of their seat, eagerly waiting for the curtain to part—or in this case, for the streaming to begin. A brightly lit cover image read, “Bhangra Without Borders,” as comments vivaciously flooded the live chat. Then, the screen faded to an introduction.

This year, Columbia Bhangra’s annual “Bhangra in the Heights” showcase took on a new medium. Typically, this event invites teams from across the country to perform at Columbia and display their talents. With performances moved to an online format, however, Columbia Bhangra took the initiative to transform its in-person showcase into “E-Heights,” maintaining a platform for university Bhangra groups across the country to perform.

Bhangra is a type of Punjabi folk dance featuring numerous bends, kicks, and jumps traditionally performed to Punjabi music and often uses several props including sapps, an accordion-like prop that the dancer contracts and expands as they dance, and daangs—a cane-like prop that often contains multicolored tassels at each end. Columbia Bhangra takes its own adaptation to this dance style, frequently performing to rap and hip-hop songs whose beats match the rhythm of the dance moves.

Columbia Bhangra was founded in 2002 as the only Columbia club dedicated to Bhangra dance and Punjabi culture. Its show “Bhangra in the Heights” first premiered in 2007 and has continued annually since as a showcase—rather than a competition—of Bhangra talent nationwide. According to the organization’s Facebook page, this event is considered the largest Bhangra showcase in the tri-state area.

Co-captain of Columbia Bhangra Gauri Talwar, BC ’21, said that in a typical year, this event draws in Bhangra teams from across the United States. Similarly, this year “E-Heights” also included numerous collegiate Bhangra teams, including those from Yale University, Rice University, and Cornell University, despite the fact that this year, it would be in a virtual format.

Opening the event, masters of ceremonies Erik Larsson, CC ’23, and Ananya Chakravarthy, CC ’22, carried their energy and excitement across the screen, praising the upcoming performances. Right from the start, dancers displayed immense support for one another through words of excitement in the live chat, which only grew throughout the night. Beyond showcasing Bhangra performances, this event aimed to raise $3,000 for the Human Development Foundation. As the performance went on, a meter measuring donations continued to rise as viewers supported this cause.

This event and fundraiser received an outpouring of support from all viewers, but especially from a group of Columbia Bhangra alumni who made a guest performance in the showcase. These alumni from all across the United States and even Singapore ranged from working professionals who graduated years ago to 2020 graduates who missed out on their last Bhangra performances. Performing in groups or alone, these alumni demonstrated the long-lasting bond created between Bhangra team members and proved that they still know how to get down.

Rice University’s Bhangra performance captured the remarkable versatility of the dance style. During the introduction, the audience saw a ballet dancer perform a brise across a carpeted floor, a cheerleader jump into a toe touch, the two captains dance Bhangra moves across from each other, and the rest of the team perform TikTok dances in a lighthearted manner. These dancers were able to show that Bhangra dance can encapsulate all of these diverse dance styles and much more.

In an effort to provide other Columbia dance organizations with a platform to showcase their performances, “E-Heights” featured several dance clubs including Latin dance club Sabor and hip-hop dance crews CUGen and Raw Elementz.

“We wanted to make [Bhangra in the Heights] as open and accessible to any Columbia team so that it’s not only a Bhangra showcase, but it’s also more of a showcase of the talent that’s at Columbia itself,” Devansh Taori, CC ’22, said.

In total, the night featured performances from 15 different groups, some rehearsing and performing together in a socially distanced manner with others filming entirely over Zoom. Regardless of each group’s capability to perform together physically, each group was synchronous in musicality and movement, hitting each step precisely and boldly in unison.

After performances by many Bhangra groups from across the country, the showcase drew to a close and broadcasted a closing image. Yet many viewers remained. The chat filled with messages of people wondering whether Columbia Bhangra itself would even be making an appearance.

Right as many started to worry, the screen cut back to the emcees who could not help but laugh at their playful trick before streaming Columbia Bhangra’s performance for the excited audience. In a rendition of Nicki Minaj’s “Chun-Li,” dancers stood powerfully holding Columbia flags at Alma Mater before erupting into Bhangra dance.

Dancers flashed in and out of the shot as the camera seamlessly transitioned between the same steps performed in front of Butler Library. As the beat dropped, a dancer back-handspringed across the lawn while more props were introduced into the dancing including sapps and daangs.

In their final performance, all 15 dancers of Columbia Bhangra performed the same choreography in unison from differing locations, most located on or near Columbia’s campus. Featuring a combination of both Bhangra music and viral American songs including the famous TikTok song “Mood” by 24kGoldn, one could not resist but dance along as they watched.

Beyond providing entertainment and fundraising for charity, the “E-Heights” showcase unified dancers and viewers from all over the world with the purpose of celebrating dance and Punjabi culture.

“As long as everyone on [the] team watches it [and] had a good experience building up to ‘E-Heights’, [and] all the other teams performing as well, I think we would consider it to be a successful Bhangra in the Heights,” Talwar said.