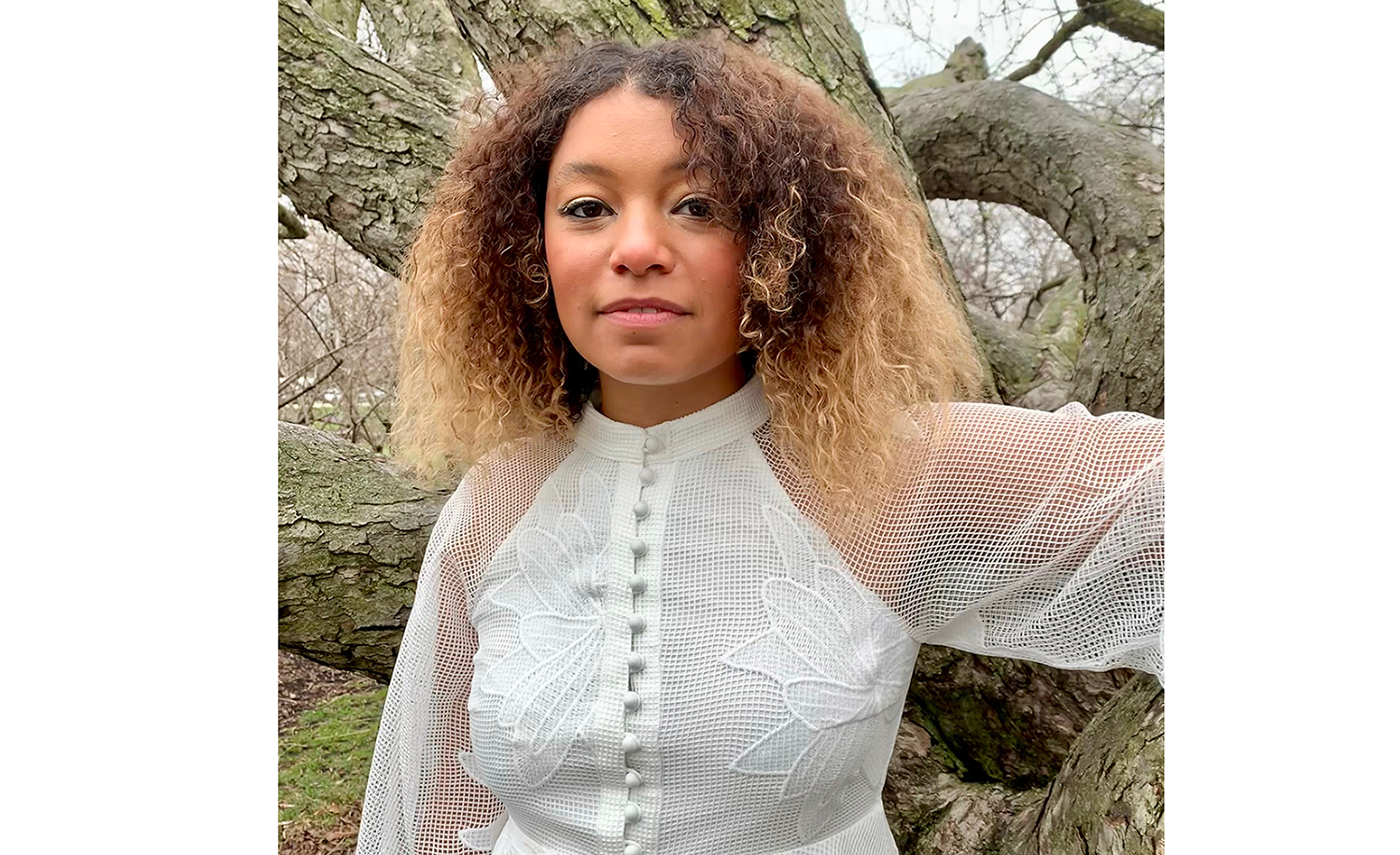 Asha Futterman, BC ’21, looks back on four years of in-person and digital theater productions, collaborating with celebrated activist Mariame Kaba, and visiting her beloved Lake Michigan between online classes.

This summer, Asha Futterman, BC ’21, plans to set off on a cross-country roadtrip. After she camps with friends in the Grand Canyon and visits family in Little Rock, Arkansas, Futterman will settle down in Missouri, where she will spend the next two years pursuing her Masters of Fine Arts in poetry at Washington University in St. Louis.

“Getting an MFA in poetry has been a dream of mine for so long,” Futterman said. “I’m interested in how that will transform my daily life—just to be able to focus on writing poetry in a really serious way.”

Since her senior year of high school, Futterman has been publishing poetry in magazines like The Pinch, Anomaly, and Sixty Inches from Center. In the spring of her sophomore year at Barnard, she won Quarto Magazine’s annual Chapbook Contest with the poem “How to be a House Negro at Columbia University.” She cites her soon-to-be professor Carl Phillips and poet Lucille Clifton as her chief sources of inspiration, particularly the way Clifton transforms everyday language and “makes it shimmer.” Futterman’s own language shines in a piece she shared with Barnard’s new literary initiative, the Pandemic Poets Society, entitled “this is a creation myth.” Her words are vivid and airy, shifting delicately between voices and landscapes.

Her love of writing goes hand in hand with her love of acting, which she describes as a kind of “body poetry.” Futterman began acting in community theater at just nine years old, and in the last four years, she has hopped from production to production, portraying lead roles like Daisy in “The Great Gatsby,” Anna in “Spring Awakening,” and the titular heroine in Sophocles’ “Electra.” Reflecting on her life-long fascination with the stage, Futterman explained how theater can “push back on rigid categories of being a human.”

“Acting is like an exercise in showing that all these constructions that are so destructive are pretty frivolous—because you can just pretend they’re not real,” Futterman said. “If I’m walking down the street, I can’t ever pretend not to be Black. That’s just a construction that has deadly consequences and always will unless the entire world is burned down. But if I’m acting, it’s a small, tiny space in the world where you can really just explore how ridiculous all of that shit is.”

Between mainstage productions and poetry slams, Futterman worked as an investigative researcher at the Invisible Institute in her hometown of Chicago. There, Futterman met Andrea Ritchie, researcher-in-residence at the Barnard Center for Research on Women, with whom she helped uncover sexual violence perpetrated by local law enforcement.

Futterman described her first meeting with revered activist Mariame Kaba as a coincidence. The summer after her first year, Futterman attended the Allied Media Conference in Detroit, where she saw Kaba’s presentation “Lifting as They Climbed: A Tour of Chicago Black Women Histories.” Sharing her newly published walking tour of Chicago, Kaba traced the histories of the Black women who helped build the city. After the presentation, Futterman asked Kaba if she could be her research assistant at BCRW; within a year, they had created the “Radical Black Women of Harlem: A Walking Tour.”

“When I was working on the walking tour, I just felt so transported into a different world,” she said. “Everything changed around me because I was reading all the biographies of the women on the tour we were featuring and also reading a lot about Harlem during [its] Renaissance. It was a really wonderful time because I was so excited about everything that was existing around me, and feeling like I was a part of this big history.”

Looking back on the past year, Futterman describes her gratitude for the support and safety of her family back home. Between her research at BCRW and acting remotely in both “Electra” and Charly Evon Simpson’s new play, “On Loop,” Futterman says she will remember vibrant weekends, like her karaoke-filled Passover, and countless trips to Lake Michigan to gaze out at the water before class.