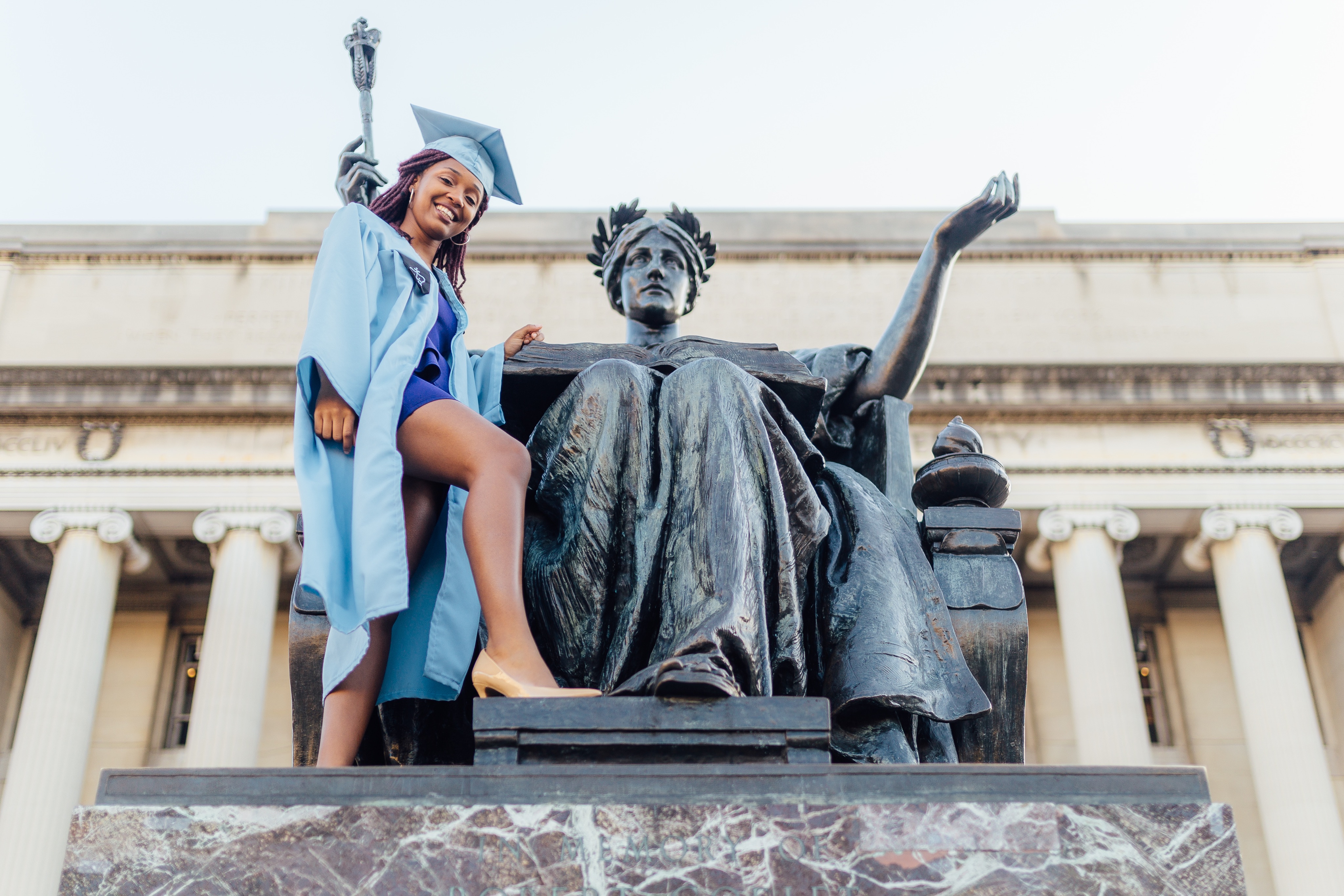 Khepra will remember the close-knit, supportive community that she had found.

When Nza-Ari Khepra, CC ’18, initially applied to Columbia College, she wasn’t fully aware of the prestigious reputation of Columbia; she had just applied because her father suggested it.

“My father was pretty much like, ‘You should apply here. I think it’s really cool.’ And I was like, ‘OK, I’ll do it.’” Khepra laughed. “He knew about it because it was an Ivy. I probably should have known that too.”

Khepra had spent her time at high school working on a structural level to decrease gun violence in her hometown of Chicago. She aimed to trace the causes of gun violence and aided in creating systemic solutions.

Khepra’s campaign against gun violence began after her friend, Hadiya Pendleton, was shot and killed by gunmen in a drive-by shooting in January 2013, just days after she had performed at then-President Obama’s second inauguration.

A few months after the shooting, Khepra and her friends founded Project Orange Tree, which describes itself as “an awareness campaign that focuses on educating youth about violence and its roots.”

Not only was her application to Columbia informed by her history as an activist, but her four years here were also shaped by her passion. Before her first year, Khepra participated in Columbia Urban Experience, a pre-orientation program centered around local activism and service. She enjoyed her experience so much that she served as a counselor for the program for the following three years. Khepra also joined 180 Degrees Consulting, a social justice consultancy created by a former CUE member, during her time at Columbia.

Columbia, and more broadly New York, has served as a base for activists, which has benefitted Khepra greatly in her work as a gun control activist. She has been able to reach out to groups all over the country that are based in New York. The issue is an intersectional one and relates to domestic abuse activism and suicide prevention activism.

“Having this space and this hub, it gave us the ability to collaborate but also to talk to companies like Viacom and MTV. They’re all here,” she said. “You’re able to meet and talk. I don’t know if I would [have] been able to speak at March for Our Lives if I wasn’t here.”

However, Khepra said the highlight of her Columbia experience was joining the Bacchanal committee, first as concert co-chair her sophomore and junior years, and then as president this year.

“Bacchanal is like my favorite thing,” Khepra said. “It really gives people an outlet. This type or form of outlet really isn’t as present. ... Bringing artists to this school [is an] outside source of excitement and creates a sense of community,”

Ultimately, Khepra felt that her favorite part of the club was the close-knit, supportive community that she had found.

“It’s just been a ball,” Khepra said. “They’re like my second family. That’s been a great experience to have.”

Khepra will begin consulting at McKinsey & Company in Chicago in August after reengaging with local activism over the summer.

“Hopefully in the long, long term, I can take all these efforts and make it my full-time passions and merge them. Some type of mixture of things,” Khepra said.