Academics
By Lanbo Zhang, Lanbo Zhang, Jelani Harvey, Derek Turner, David Helfand, and Christia Mercer
"I love Lit Hum. I just wished that after seeing Dante in hell and going to the lighthouse with James Ramsay, I could have rafted down the Mississippi with Huck Finn as well."
—Lanbo Zhang, CC '14, associate editorial page editor

"Cheating breaks the bonds and taints the openness that is essential to Lit Hum and to an honest dialogue among equals. It's a kind of violence against all of us."
—Christia Mercer, Gustave M. Berne Professor of Philosophy and the chair of Literature Humanities.

"As regulations about which graduate students can teach increase, there are bound to be larger classes and, consequently, less involved discussion in class ... we need to strenuously reassert the importance of a Core Curriculum defined by intimate class sizes and over-qualified professors."
—Derek Turner, CC '12, opinion columnist

Raising the bar on institutional activism
By Derek Turner
The first question is this: Should Columbia, as an institution, concern itself with the world beyond its gates? If not, the question of political statements is irrelevant—the Columbia community can live in oblivion, cherishing its academic agnosticism and avoiding controversy.
...

The pink flier problem
By Derek Turner
In Joseph Heller's satirical masterpiece "Catch-22," soldiers on an army base find themselves forced to say a "loyalty oath" to the United States and against communism in order to do the most basic things—get food in the cafeteria, acquire their parachutes, even go to bed. In a competition to see who can elicit the most "loyalty," the ranking officers escalate this trend to the point where oaths must be said before sitting down at the dining table, asking for the salt, or getting seconds.

Eventually, the formidable and taciturn Major " " de Coverley returns to the base and does away with the practice and all of its ridiculousness. He recognizes that the young men risking their lives every day are loyal enough to their country—they don't need to reaffirm their loyalty dozens of times per hour.

Last week, Columbia undergraduates found fluorescent pink fliers on their doorsteps. We were told by Everyone Allied Against Homophobia and by opinion columnists of Spectator that, in order to take a proactive stand against violence toward the LGBT community, we must affix the papers to our windows. In the words of Neil FitzPatrick, there are "no excuses" for not putting up the flier, at least if you aren't a closet homophobe.

As more and more of these 8.5-by-11 symbols of activism show up in windows around campus, I am struck by the parallels between the scenario in "Catch-22" and our situation. Much like Pianosa (where "Catch-22" is set), Columbia is a place with a rather self-selected populace. The people who apply to Columbia and gain admission are intelligent, hard-working, and (most pertinently) not prone to violence. It would be very safe to say that the vast majority of students would condemn outright an act of violence (physical or verbal) against any community on campus.

Regardless of this fact, we still face the issue of the pink fliers. By placing the fliers on our doorsteps, EAAH has forced us to choose between two options—affix them to our panes and make a redundant statement of support, or discard them, risking the accusation of abandoning, perhaps even discriminating against, the gay community.

Despite appearances, there is a way out. We can be our own Major de Coverleys and make a statement that, just as a continual stream of loyalty oaths is redundant in a group of American troops, the "pledge of support" that EAAH requests of Columbia students approaches the level of asserting truisms.

Beyond simple redundancy, this program evokes a questionable trend that our concept of jurisprudence attempts to prevent. In stressing the importance of these fliers, the organizers of the program are asking us to prove that we are not, in fact, homophobes. The presence of the flier in the window asserts innocence of such an accusation. Given that an empty window reflects the decision not to post the flier, the implication is that the resident is part of an unsupportive group.

In law enforcement, we strictly hold on to the belief that it is not the citizen who must prove his innocence. Instead, we place the burden of proof of guilt on the authorities. Thus, we rarely need to prove that we are not lawbreakers. Instead, the police must complete the due diligence to prove any instance of lawbreaking.

In the same vein, I believe that the purpose of EAAH and clubs like it is to root out anti-gay violence and discrimination where it occurs. It should not be the responsibility of the students to prove their innocence of the scourge of discrimination.

As many opponents of laws like Arizona's SB 1070 will tell you, there are some things that people need not and should not be required to prove constantly. Just as a standing requirement to prove one's citizenship violates our right to live unperturbed by the government, it seems to me that the Safe Space flier program provokes us through equal parts of peer pressure and witch-hunt mentality into reasserting what is a given.

Columbia is home to barely any proponents of active discrimination against homosexuals—if there are any at all. For the very few that there may be, it is up to campus organizations and the administration to find them, furnish proof of wrongdoing, and take swift action. In light of the heartbreaking series of student suicides around the country, this task has never been more critical. However, the business of compelling the entire student body to assert their rejection of discrimination is not only excessive, it is un-Columbian.

Derek Turner is a Columbia College junior majoring in anthropology and political science. He is director of intergroup affairs for the Columbia University College Republicans. Opening Remarks runs alternate Mondays.
... 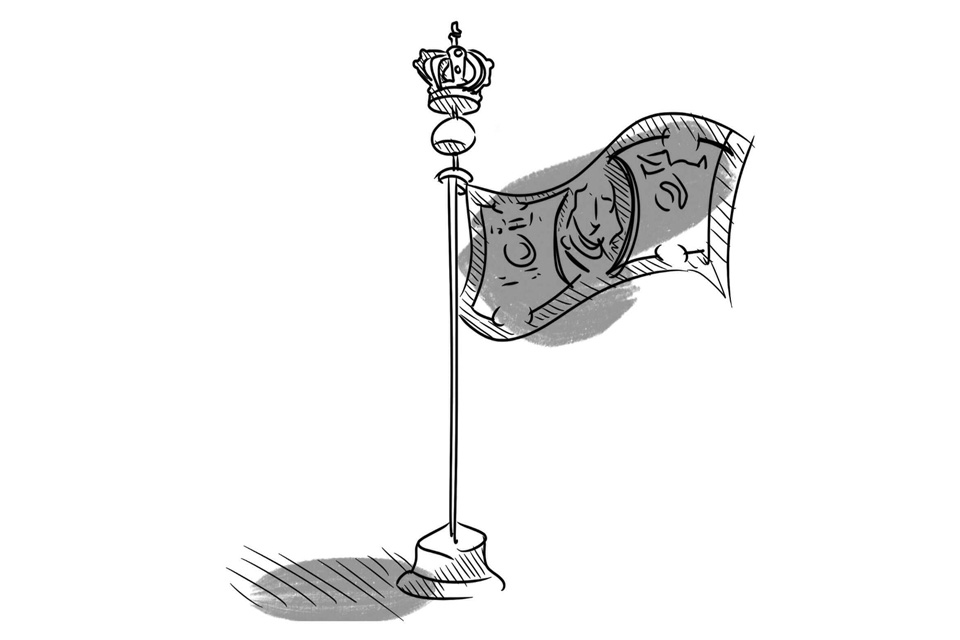 Political investment
By Esfandyar Batmanghelidj, Ben Rashkovich, Bruce Robbins, and Derek Turner
Should the University make any political statements? Should the endowment be used to make a political statement? Should students care about where or how Columbia distributes its funds externally, and should they have a say in those decisions?
... 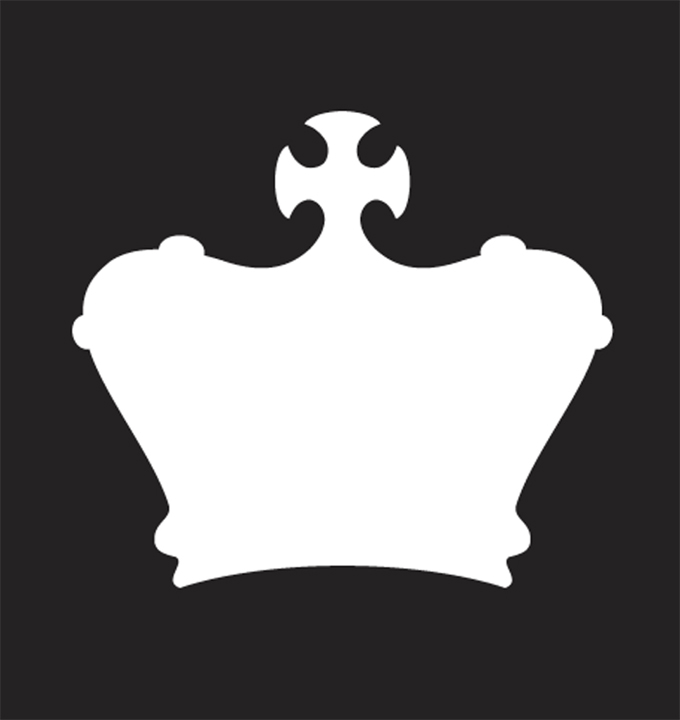 Crossing boundaries real and imaginary with Spec by Jessica Hills
Making a personal impact by Madina Toure
Confidence to take on chaos by Amber Tunnell
Us versus 'us versus them' by Derek Turner
... 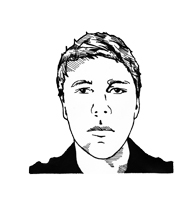 Conservatives at Columbia: Don't tap on the glass
By Derek Turner
Sometimes I feel like the object of some sort of campus-wide "Show and Tell." As one of the few conservatives on campus willing to bear my colors publicly, I tend to attract the same mixture of curiosity, disgust, and apprehension that some sort of strange animal might receive during "Show and Tell" time in a third-grade classroom. People are interested and approach cautiously, wary of some unknown threat that the beast poses. After taking a good look, they prefer to limit further interaction—lest they contract a foreign malady from whatever freakish land the beast comes. moreDespite this strange and compulsory publicity that my beliefs elicit, I try not to run out of the metaphorical shoebox that is my diorama/display case. Instead, I bear my alien curiosities of conviction for every uneasy observer to question, criticize, and (hopefully) contemplate. Though this sometimes results in rather unpleasant ends, like a salamander gasping for breath after too much handling, it all proves worthwhile because I know that I am not the only one. That's right—there are more of us. It may come as a shock to some Columbians, but there is a rather large population of conservatives in our midst. The only problem is that they're "closeted." I can't tell you how many times a fellow student has come up to me after I revealed my beliefs, and told me, in hushed tones, that he/she is in fact a conservative. Once, a stranger from the College Democrats intimated to me that she was, despite the appearances, a fiscal conservative. So that's why I'm writing today. Not as a unique specimen to prod and examine, but as a representative of one of the most censored student populations on campus. I may not always do them justice, but I will try to present conservative ideals in a thoughtful light for Columbians to critique and consider. To the conservatives out there: Hang tight. We may not have a voice yet, but we will someday. Until then, feel free to join me—there's enough room in this shoebox for all of us.
... 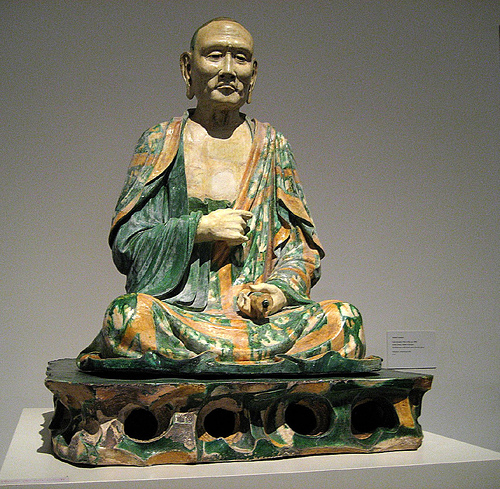 The case for a restricted Global Core
By Derek Turner 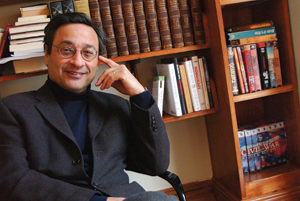 Delbanco for Dean
By Derek Turner 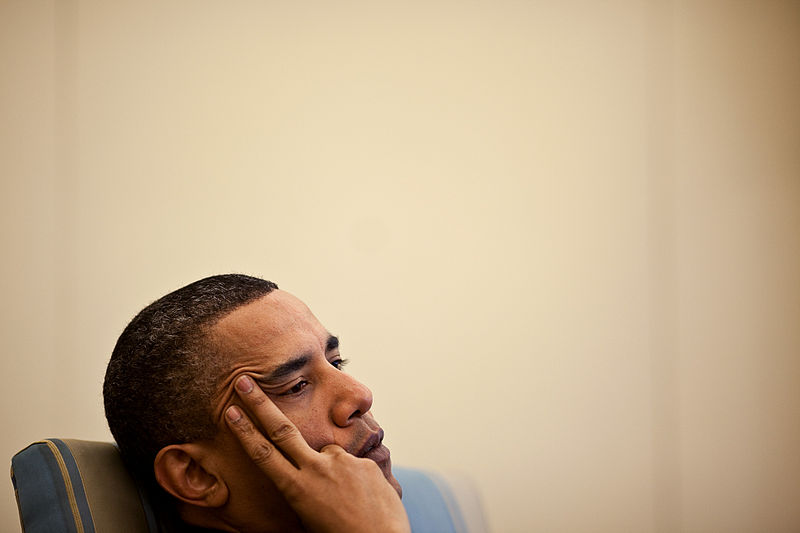 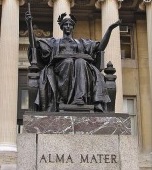 Not so fast, PrezBo
By Derek Turner
Next
ADVERTISEMENT