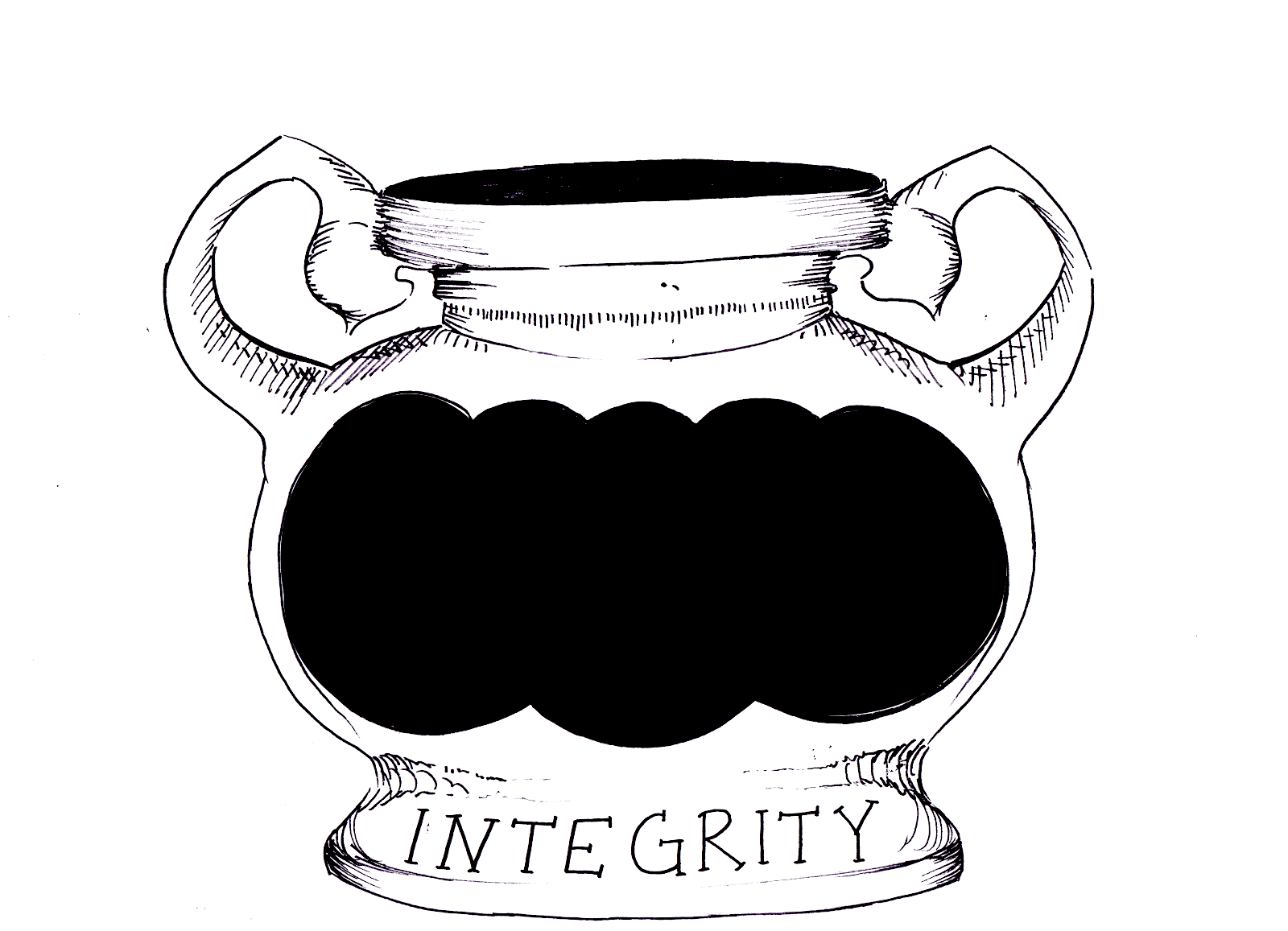 Ideals and integrity
By Lingzi Zhuang
She was not exactly right. Her college was among the first modern universities in China to have its own anthem. Written by a Confucian scholar and set to music by the country's first western music scholar, the song fuses vivid moral inspiration into a dignified, almost otherworldly musical texture, all with the grace and concision of classical Chinese. The lyrics begin,
... 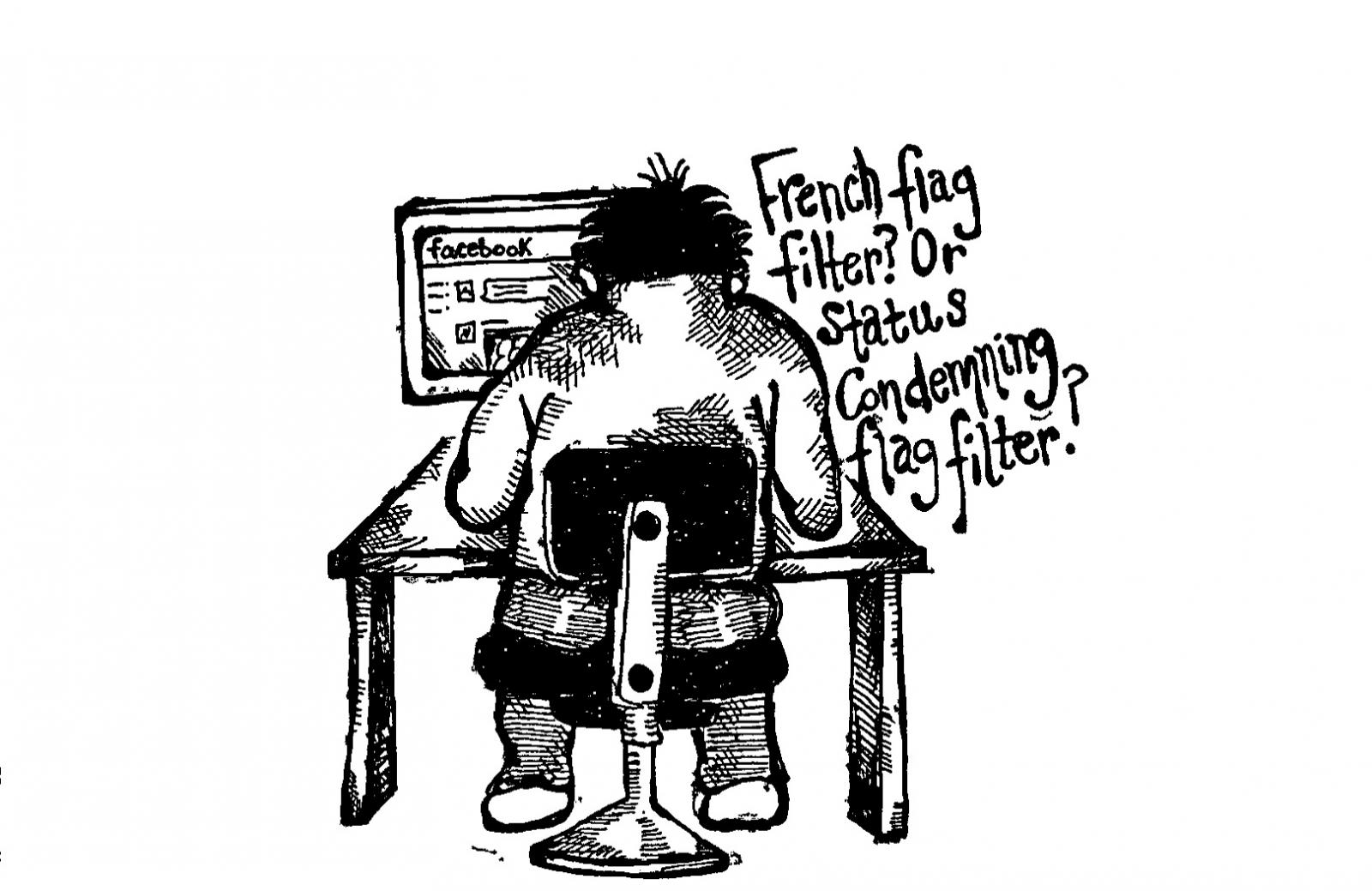 A caveat to solidarity
By Lingzi Zhuang
Many of us were quick to include Lebanon in our prayers, which was a commendable gesture. However, I witnessed another, less commendable discussion over in the Facebook Sinosphere. Concurring with Mr. Arnett, a significant number of Chinese users has posted statuses accusing "the Westerners" of partialism, hypocrisy, even Sinophobia, contrasting this wave of public mourning for the West with the politicized skepticism with which Western media portrayed the terrorist attack in front of the train station in Kunming, southwestern China. The narrative according to these Chinese users is, "When it's about Paris, profile pictures are changed. When it's about China, suddenly, quotation marks must be added around the word 'terrorist' and mention must be made of Xinjiang's (the predominantly Muslim part of northwestern China where the attackers were from) richness of resources."
... 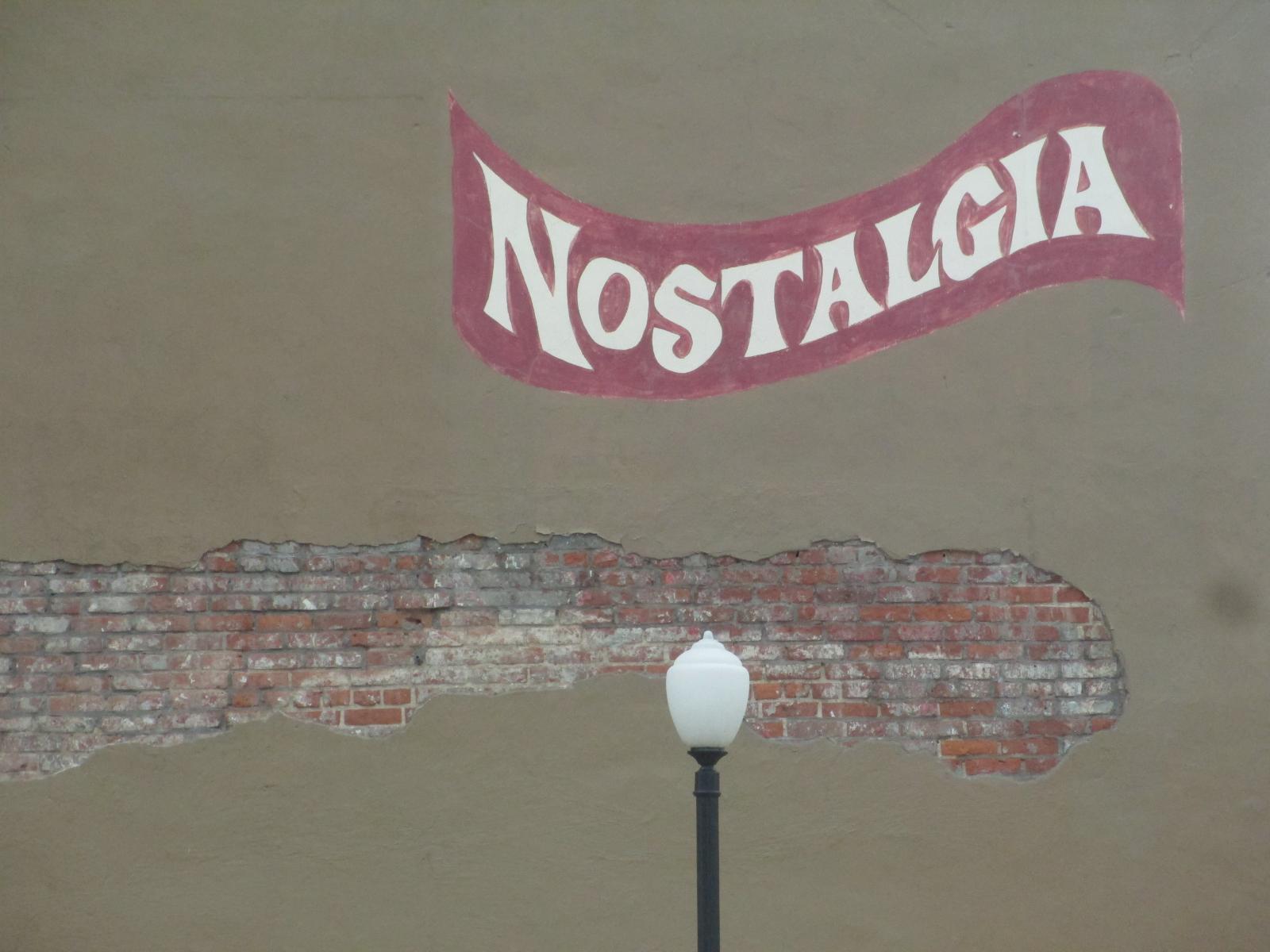 Reflection and hope
By Lingzi Zhuang
It was not until well into senior year that I realized how much the focus of my life had shifted away from the community around me. Of course, a large part of senior year is inevitably dedicated to post-graduation planning, filled with information sessions, interview dates, and application deadlines. But when this resolutely forward-looking drive for personal success predominates, we risk going blind to the immediate present in which we still dwell. We risk losing sight of the relationships and communities in which we are still embedded. When the future demands all of our attention, we are prone to lose the present.
... 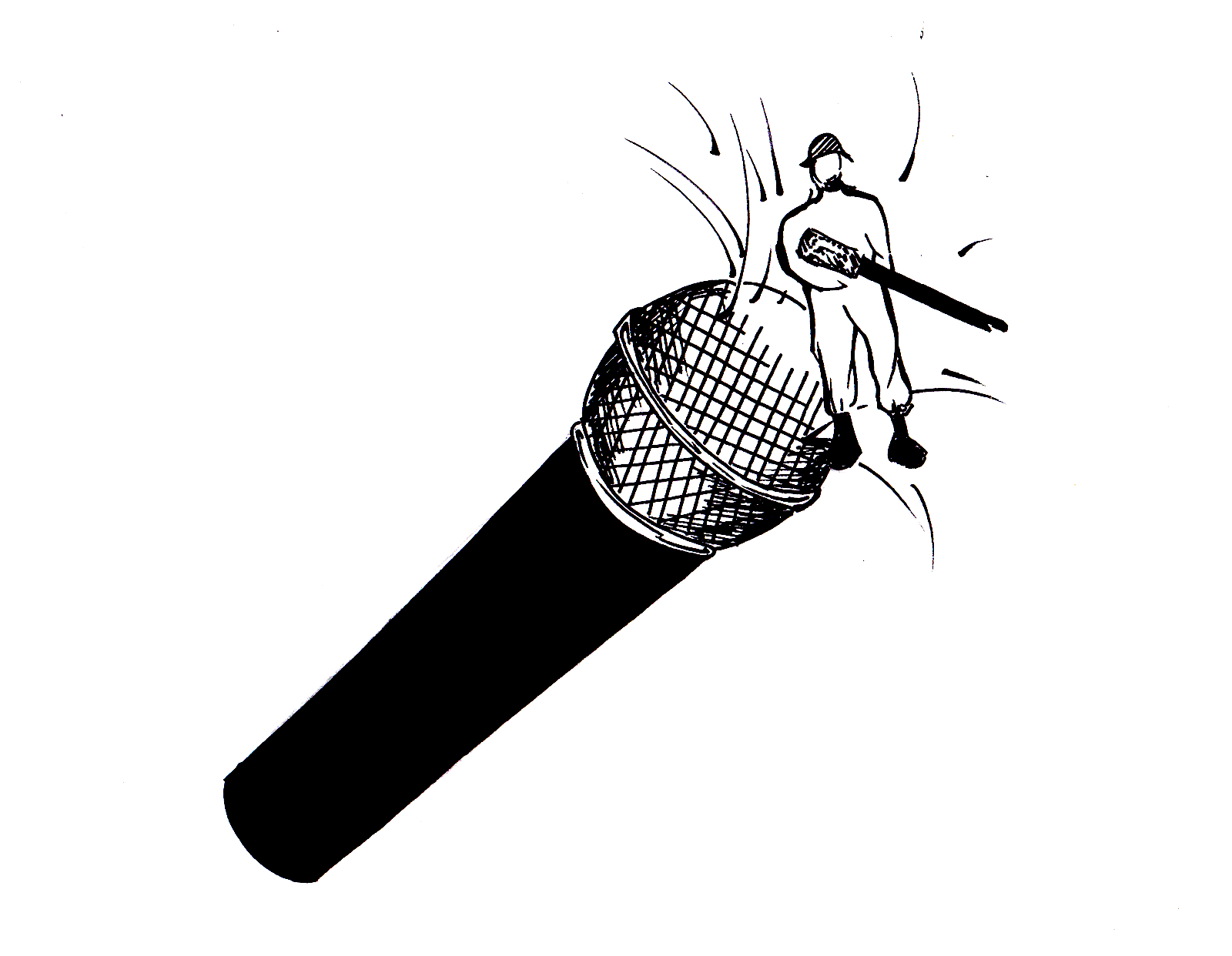 The storyteller
By Lingzi Zhuang
He does. In front of a microphone hooked to a recorder, he told us about everything from his impression of the Niagara Falls, to how to make potato curry, to the legendary Gurung wild honey-hunters dangling on a single rope ladder scraping off nests on the perilous precipices of the Himalayas. And I would sit by the same desk and—knowing that language is the most natural when fluid and uninterrupted—listen to him describe this and that with the ease and affection of his mother tongue, and at the same time, try to pick up an occasional word or two.
... 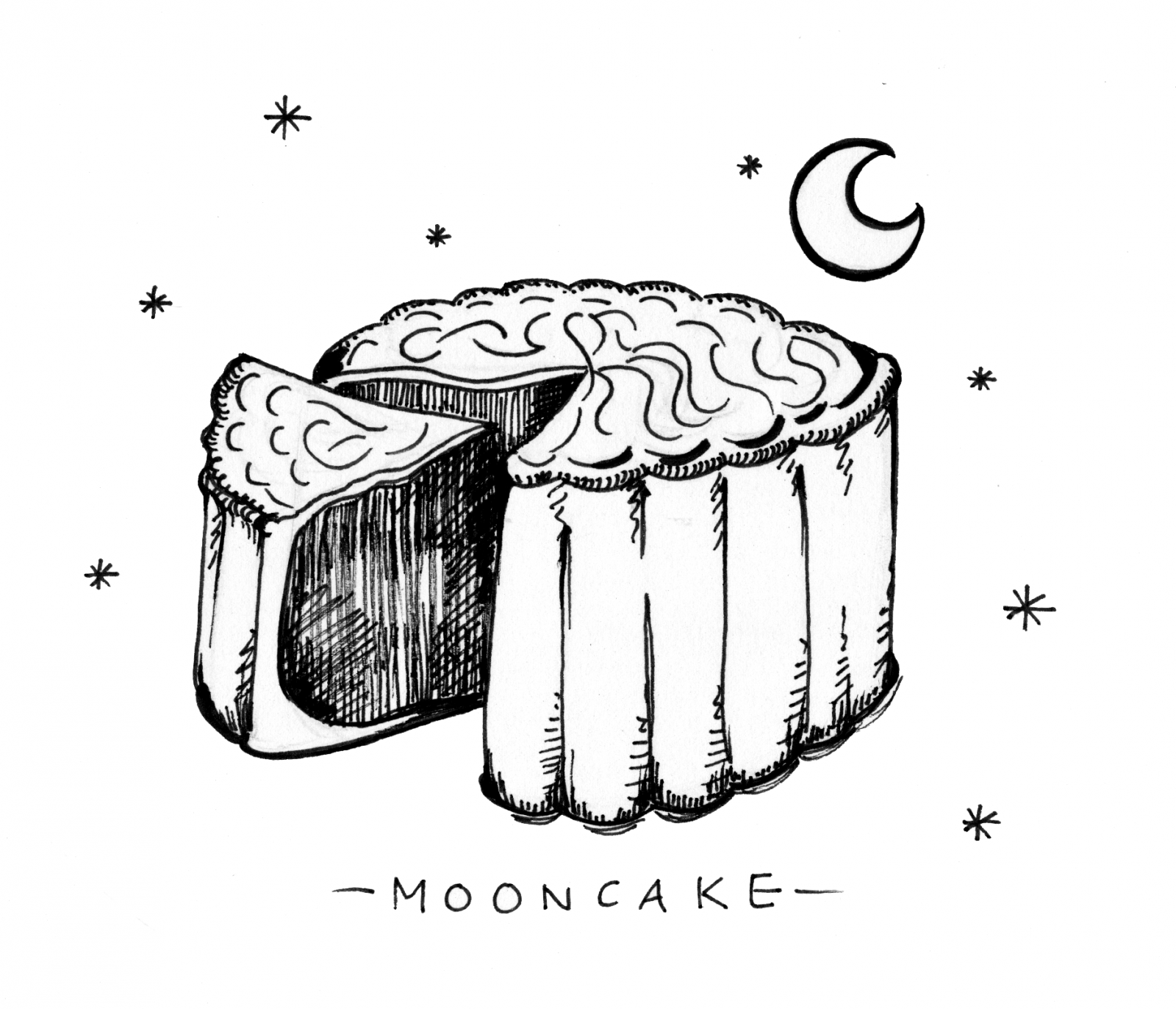 Home and away
By Lingzi Zhuang
Last Sunday, a full lunar eclipse coincided with the Mid-Autumn Festival, an East Asian holiday celebrated with moon-watching, mooncake-eating, and past-reminiscing.
... 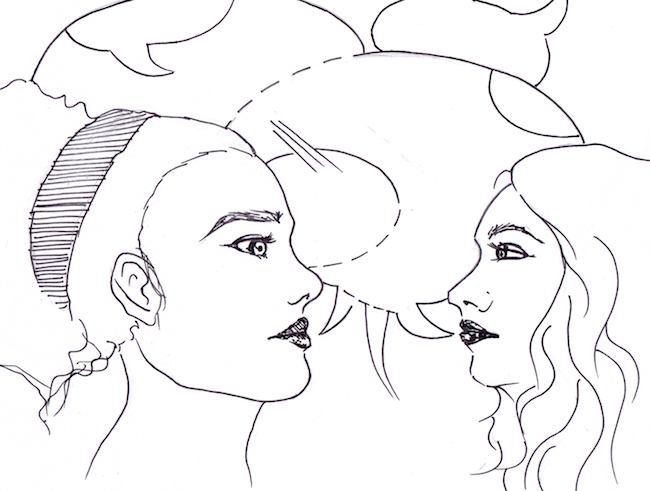 Diversity and the university
By Lingzi Zhuang
New York is diverse. Columbia is diverse. We are diverse—and diversity is good. These maxims comprised both a major theme of and a crucial takeaway from NSOP. But, of course, differences can cause misunderstandings. And so awareness must be raised. Awareness is key.
... 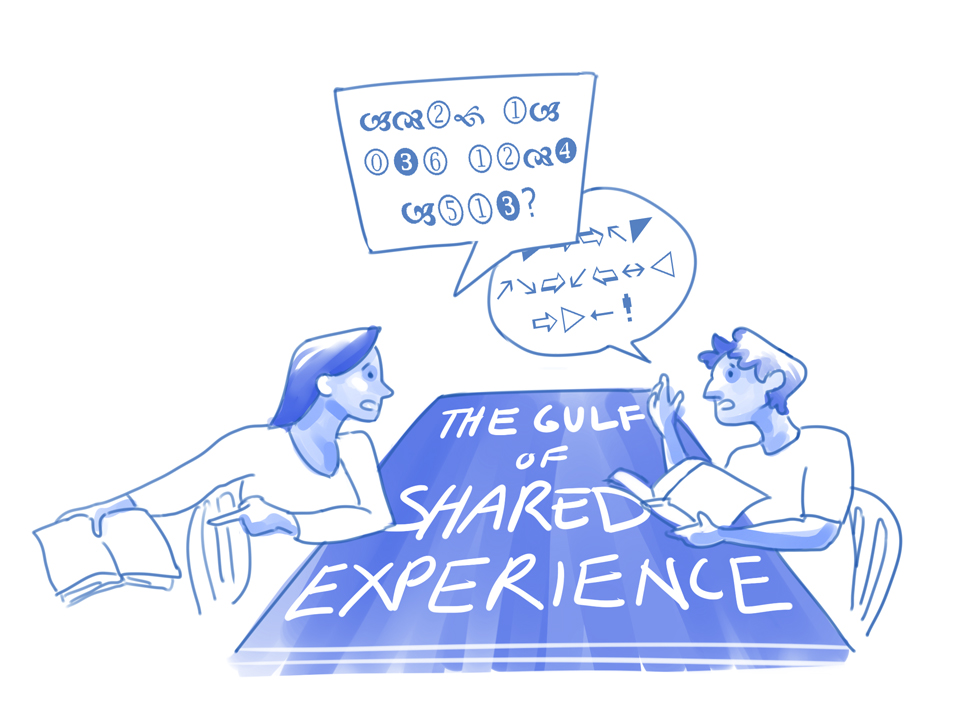 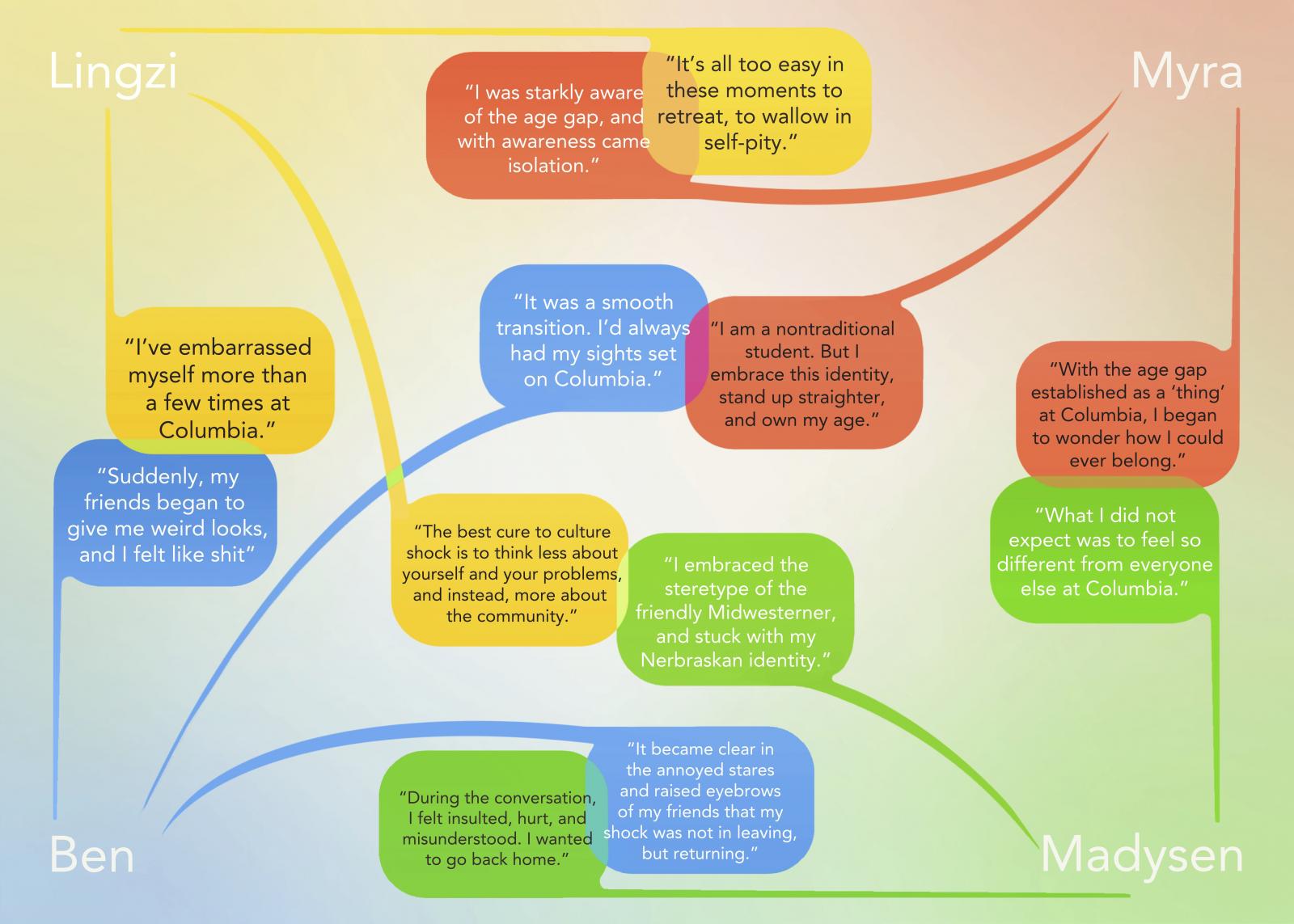 The aftershocks of culture shock
By Lingzi Zhuang
You might be interested to know (or studious enough to have known) that some major languages in the world don't differentiate between "he" and "she." I grew up speaking one of them. Thanks to this, I've embarrassed myself more than a few times at Columbia. During the worst of these,  I repeatedly referred to a female classmate as "he" in front of a respected professor.
... 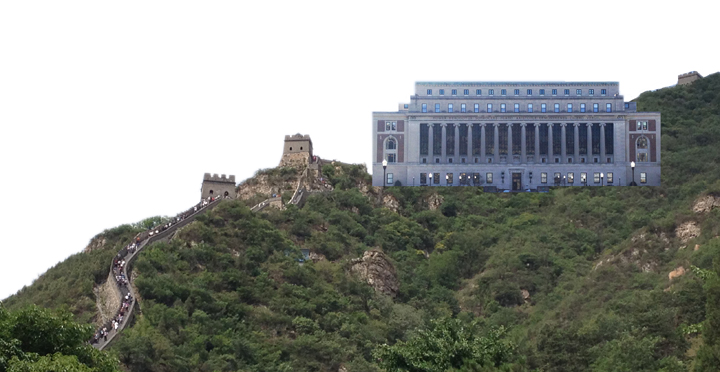 What's up
By Shen Qiu and Lingzi Zhuang
There we were, ensconced in a not-so-cozy corner of Butler library, sipping on a Blue Java coffee, when a friend of ours stumbled upon us.

Indeed, it was 2 in the morning. Just another Sunday night at Columbia, saturated with the rigors of combo Lit Hum and UWriting due dates and a time-killing programming assignment. Not the most agreeable situation, but don't we all manage?

"Not much," we replied. "Just got some serious loads to kill."

There had been plenty to get used to—the food, the laundry dryers, names of places, half a dozen tips on staying safe and oriented on the subway. It wasn't so many strained Sundays ago that all of this seemed like life on another continent to us. In fact, it literally was. We are among the restless believers of a different and meaningful education, crossing over from "the other side" of "the other, larger pond" in pursuit of our vast and varied dreams at Columbia. From the moment we passed the poker-faced immigration officer, who languidly stapled a (crucially important) funny white card into our passports, we were henceforth labelled as "international students from China."

We have the surrealist reality of living a drastically different life than we would have had back home.

However, as latecomers to the United States, the biggest challenges were not rolled out as macro-level dissimilarities but rather ambushed in matters of absolute triviality. The encounter in Butler was vividly reminiscent of many an NSOP scene, like when we met a new friend in an elevator conversation—and who we were sure would have already forgotten our tongue-twisting names.
"What's up, guys?" he greeted us with a grin.

We stumbled. It is mundane things like this interaction that our education back home in China did not prepare us for. Hailing from a place where a simple smile and nod would suffice as a greeting, this whole new courtesy paradigm frequently catches us off guard. It's as if every greeting is a brain teaser of some sort, and for quite a while, we have to think outside the box to say, "Not much, just hangin' around. What've you been up to?"

Nonetheless, we try, despite the initial unnerving encounter. Hanging out shouldn't, after all, be an intimidating enterprise. But sometimes, as hard as we try to contribute to a conversation, we feel ill at ease when bombarded with things we know direly little about. In our world, there is "The Big Bang Theory" and "Gossip Girl," there's NBA playoffs and Wimbledon and soccer, but not much in common with this world otherwise. Every casual conversation is an adventure, an empirical lesson on U.S. college life trivia. Both of us have enjoyed this second-culture acquisition that our best American buddies make possible. We have nevertheless lived through moments where the initial meet-and-greet excitement (tacked, perhaps, with awkward loss of words when it comes to "what's up") gradually fades into unintentional estrangement.

It's hard on both sides. Special attention would be unfair, as it merely proposes an understanding on the surface, a deferral to misunderstanding. The two of us, then, resolved to ourselves that we shall always take the initiative in active engagement in the larger community. Just like any other Columbians, we—and other Chinese fellows aplenty—aspire to attain what lies far beyond classes and exams and GPA. Among us are Model U.N. leaders and mathematicians, writers and researchers, Christians and coders, literateurs and linguists, individuals and interesting persons. But most of all, we are just like all Columbians, with diversified backgrounds, a common belief in mutual inspiration, and a multitude of dreams and visions.

This has been a morphing experience. It gives us agency to assimilate the West while all along musing on what we stand for as Chinese international students. What is certain is that we do not see ourselves as merely a dazzling diversity statistic on a Pantone blue admission brochure. The inevitable difficulty for us to blend in at first made us all the more missioned to foster mutual understanding between the 2,254 of us and the rest of Columbia.

Despite all the alienation of employment ineligibility, of our alma mater's need-sensitive admission process, of being at the center of the debated game of playing politics with international students, we would like to propose the contrary. What is to be played should not be a miniature U.S.-China rivalry, or a contention on whether Columbia should better serve its nation by letting fewer of us in—but an embodiment of trust, genuine interest, personal connection, or perhaps even just a few more "what's up"s. And all we ask is a bit of extra patience—especially if that "not much" happens to take more than a second to come along.

To respond to this op-ed, or to submit an op-ed, contact opinion@columbiaspectator.com
... 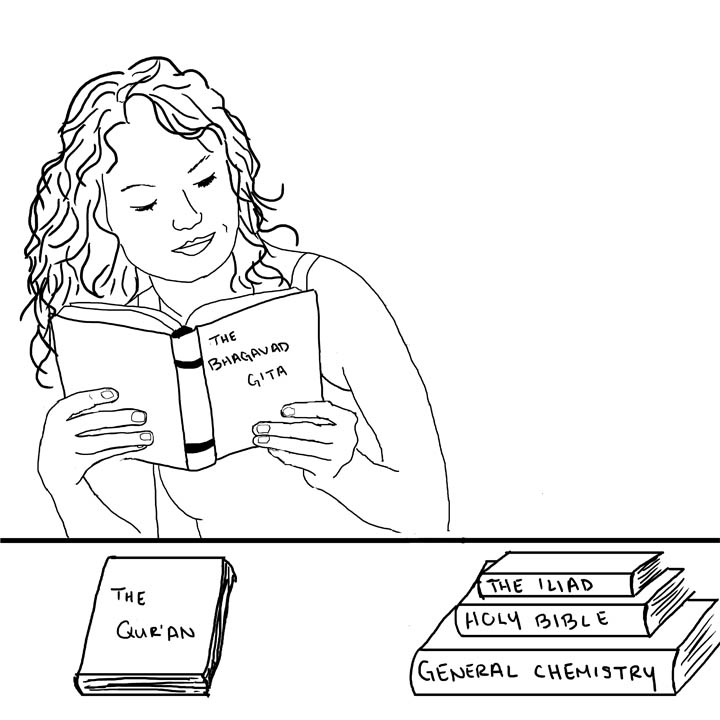 Religion and Columbia
By Hannah Spellman, Mandeep Singh, Luke Foster, Lingzi Zhuang, Jackson Giuricich, Dan Margulies, and Anonymous
We come to Columbia expecting to change the way we see the world. For students who consider themselves religious, their beliefs add another layer of complexity to a stage of life that already leaves most of us questioning, at least on occasion, how to define ourselves.