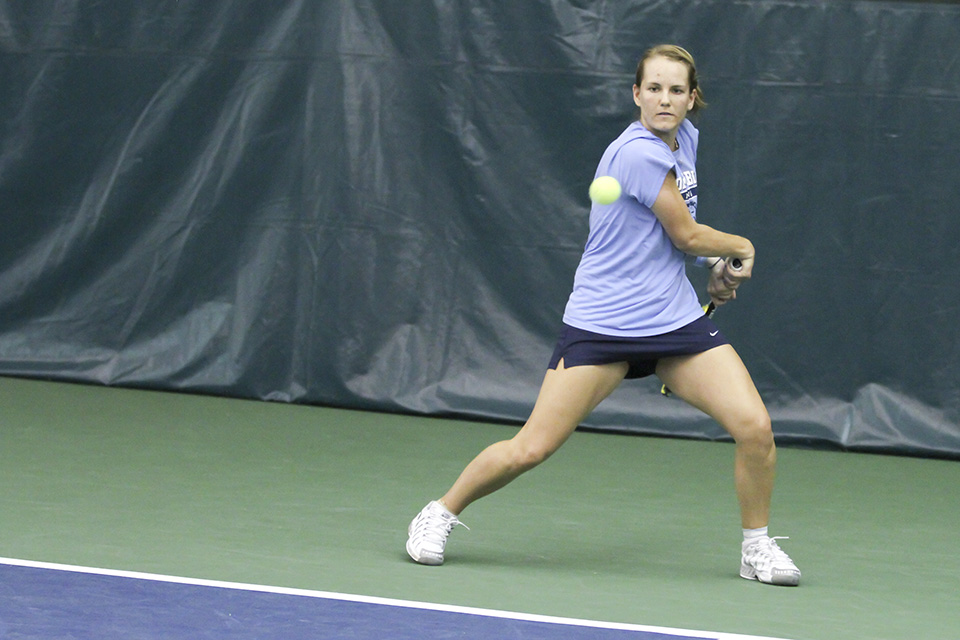 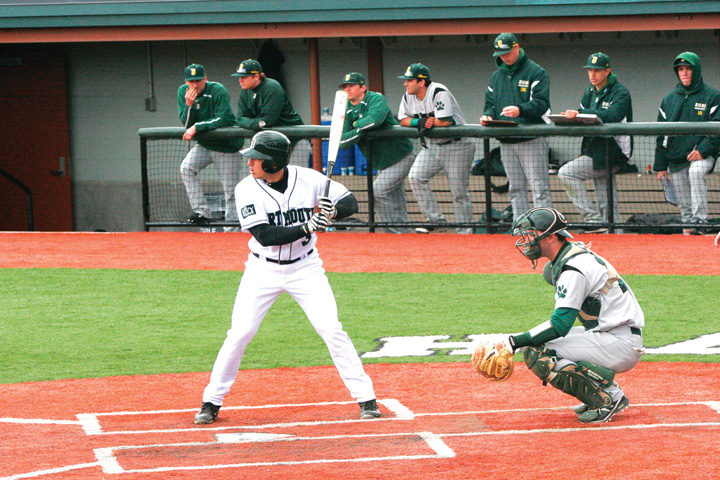 Dartmouth and Columbia both top respective divisions
By Rachel Turner
Seven must be a lucky number for Princeton. The Tigers won three out of four games against Penn this weekend scoring seven runs in each game. Yale and Harvard split their four games, remaining tied for second in the Red Rolfe Division, while Brown struggled and lost all four of its games against a dominant Dartmouth. Cornell was only able to take one of four from Columbia.
... 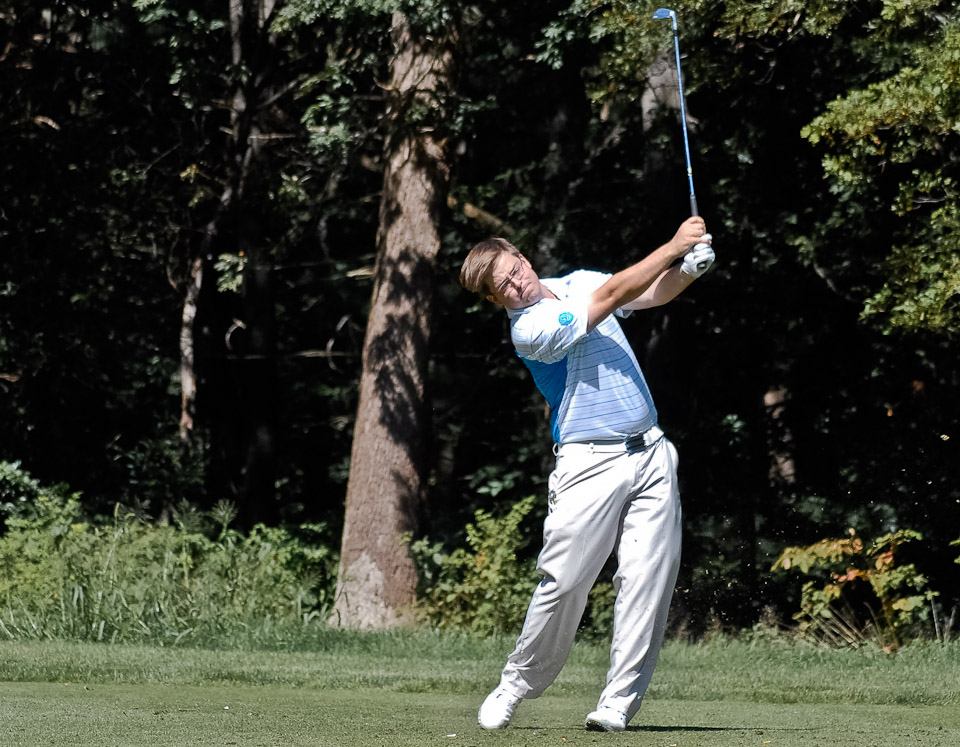 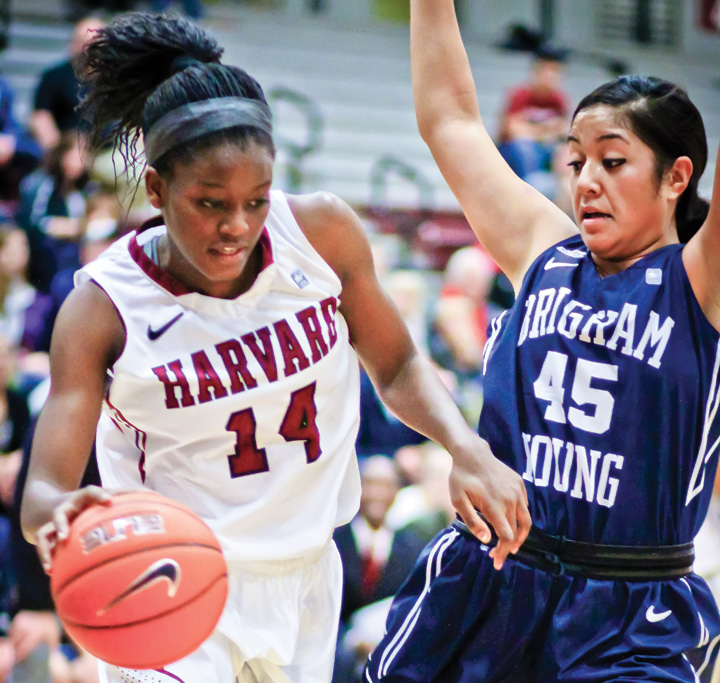 Princeton still undefeated, Harvard and Dartmouth close behind
By Rachel Turner
As Ivy play picked up for women's basketball, it was a bad weekend to be a home team—the host lost in all eight contests. Yale was unable to come back from first-half deficits, while Dartmouth emerged as a contender in the conference, alongside still-dominant Harvard. Undefeated Princeton and struggling Penn handed Cornell its first two Ivy losses.

Dartmouth at Brown, 49-41
Strong bench play from Dartmouth (5-13, 3-1 Ivy) was key in this low-scoring victory over Brown (7-11, 1-3 Ivy). Dartmouth started the game strong with a 9-0 run and was ahead at the half, but Brown was able to gain a seven-point lead after the intermission. Lauren Clarke's game-high 20 points was not enough to overcome Dartmouth's bench, which outscored the Bears 16-5. With six minutes left, the score was tied 38-38, but a 12-3 run gave the Big Green the win.

Harvard at Yale, 67-54
A slow start for Yale (6-12, 1-3 Ivy) doomed the Bulldogs in this game against rival Harvard (12-6, 3-1 Ivy). Crimson forward Temi Fagbenle, who had a career-high 20 points, started Harvard off with an 8-5 lead, and the visitors ended the first with a 32-20 lead. Yale came to life in the second half, coming as close as just four points behind. But an 18-6 run toward the end of the game sealed Harvard's dominant victory.

Princeton at Cornell, 77-46
In a matchup of the two remaining undefeated teams in the conference, Princeton (12-5, 3-0 Ivy) dominated Cornell (10-8, 2-2 Ivy) in its fifth-straight win. The Tigers opened the game with an 8-2 run, and Cornell was never able to catch up. The Big Red had a 9-0 run to threaten Princeton early in the first half, but Princeton guard Blake Dietrick—in the midst of a career night of 17 points—stopped Cornell's momentum with consecutive scores. Another Princeton guard, Niveen Rasheed, scored 21 points, which, along with her 15-point performance in the Tigers' 87-41 thumping of Columbia, earned her Ivy Player of the Week.

Dartmouth at Yale, 63-48
After struggling early in the season, Dartmouth picked up a third-straight Ivy win over the Bulldogs. Dartmouth had three starters with double-digit points, including a game-high 19 from Faziah Steen and a double-double from Tia Dawson. At the half, Yale trailed 30-15, but Sarah Halejian, scoring all 15 of her points in the second half, brought the Bulldogs close to a comeback. After Yale cut its deficit to three, the Big Green took off on a 10-2 run and never looked back.

Harvard at Brown, 68-58
Brown gave up a first-half lead to give Harvard another Ivy win. While Harvard started ahead early, Brown's Caroline King responded with consecutive scores, grabbing a lead that the Bears would hold on to for most of the first half. Brown led by as much as 11 points in the first period, but Harvard tied up the score at 33 minutes before the intermission. While Brown added one more point to lead 35-33 at the half, it didn't last long, as the Crimson dominated the second half. Harvard's defense was a significant factor in the change of tone in the second half, keeping Brown scoreless for more than six minutes and forcing 14 turnovers.

Penn at Cornell, 65-56
Cornell started strong with an eight-point lead, but Penn dominated the second half to hand the Big Red another Ivy defeat. Cornell had four players score double digits, while Penn depended on Kara Bonenberger's career-high 22 points. The teams traded leads in the first half, with Penn holding a 25-24 advantage at the half. The second period was a different story, with the Quakers outscoring Cornell 19-6 right off the break. Bonenberger combined with Keiera Ray for 30 points in the second half. 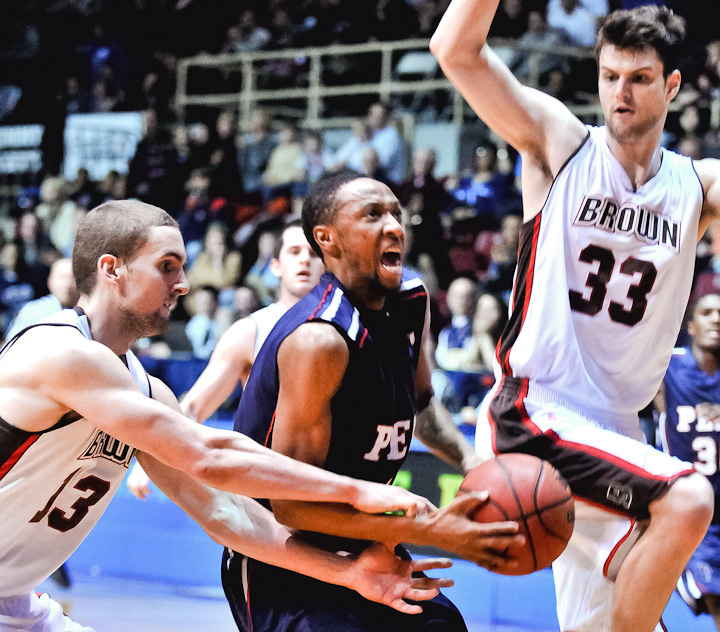 Harvard and Princeton pick up first Ivy losses
By Rachel Turner
The Harvard and Princeton men's basketball teams picked up their first conference losses this week while Yale made a statement with two consecutive wins. Penn and Cornell split their games this week, but Cornell looked like a league contender in its thorough domination of Dartmouth while Penn's win came over still-struggling Brown.

Harvard at Cornell, 67-65
Traveling to Ithaca, Harvard (13-7, 5-1 Ivy) picked up its fourth win in a row, holding off a comeback attempt by Cornell (11-12, 3-3). Siyani Chambers led the team to victory with his second straight double-double, which included a career-high 11 assists. The Crimson slowly built up a lead over the course of the first half and led by as much as 21 points in the second half. The Big Red's Errick Peck added 17 points and led Cornell within two points from its 21-point deficit. Cornell outscored Harvard both off the bench and off of turnovers, but it was not enough to complete the comeback bid.

Brown at Princeton, 46-63
Struggling Brown (8-12, 2-4 Ivy) was unable to be competitive against the Princeton Tigers (11-8, 4-1 Ivy). Brown's Rafael Maia had a game-high 19 points, but his contribution couldn't make up for a 13-minute drought where Princeton's defense held Brown to just three points. Princeton had three players scoring double-digits, including Denton Koon, who had 17 points with a career-high three three-pointers.

Yale at Penn, 68-59
In a foul-filled contest, the Yale Bulldogs (9-14, 3-3 Ivy) secured their victory over Penn (5-17, 2-3 Ivy) with strong plays on both sides of the ball. Penn had the lead early, but Yale's Armani Cotton immediately responded with a 9-0 run. The lead shifted back and forth for most of the first half, with Penn up 32-29 at the half. Yale dominated with offensive boards, scoring 19 second chance points compared to Penn's seven. Both of Penn's top scorers, Henry Brooks and Tony Hicks, fouled out of the game, giving Yale an opening to secure its victory.

Brown at Penn, 48-71
Brown continued to stumble in Ivy play, picking up its third straight loss against Penn. Brown's Sean McGonagill became the 25th Brown player in history to surpass 1,000 career points, but this was the only cause for celebration for the Bears in their double-digit loss. Penn's Miles Cartwright, with a career-high 28 points, was decisive in changing the momentum of the game for the Quakers. The game was close through the beginning of the second half, but Penn took off and almost outscored Brown by two-to-one in the second half, finalizing this convincing victory.

Yale at Princeton, 69-65
Yale managed to unseat Princeton from its undefeated status in the conference while simultaneously earning two consecutive wins for the first time this season. Yale had a strong first half, offensively shooting 65 percent from the field while defensively confounding the Tigers. Princeton outscored Yale in the second half, but it wasn't enough. The score was 67-65 with fewer than 10 seconds to go, but Yale deflected a pass attempt while earning two free-throws to bring the final score to 69-65.

Dartmouth at Cornell, 56-79
From start to finish, Cornell dominated Dartmouth with its superior speed. The Big Red had 18 easy fast-break points compared to just two by Dartmouth. Cornell also took advantage of turnovers with 24 points off 18 turnovers, 15 of which Cornell's feisty defense stole. After a 10-2 run at the beginning of the game, the Big Red continued its domination with a balanced offensive attack and four players notching double-digit points. In the second half, the closest Dartmouth came was within 18 points, despite its advantage on boards throughout the game. 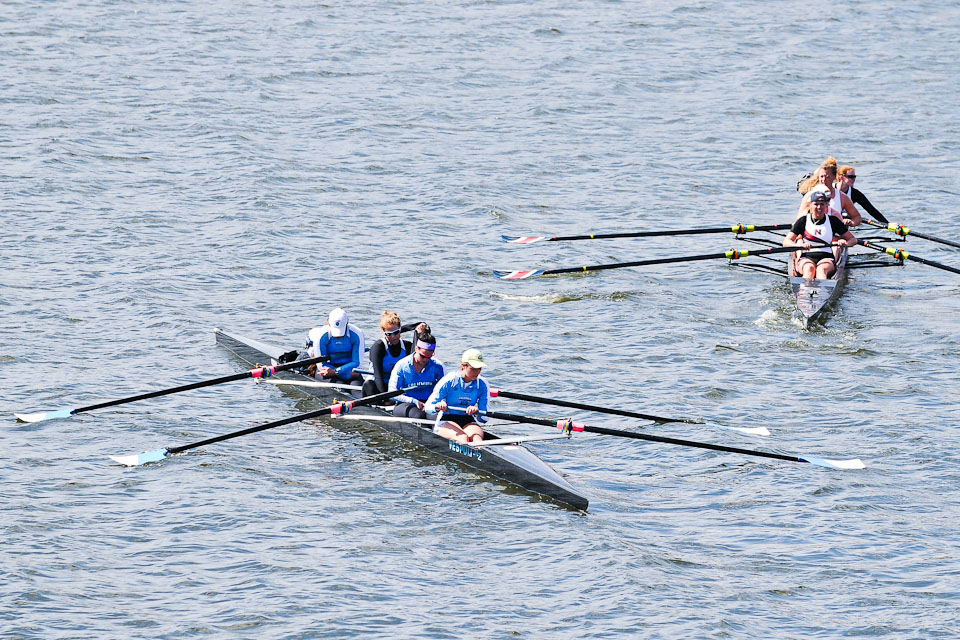 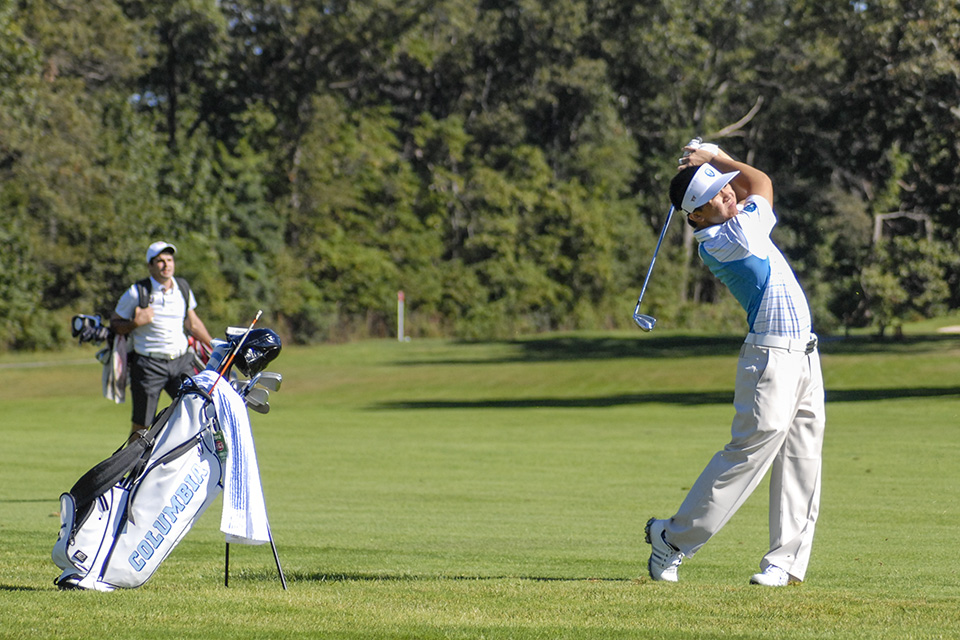 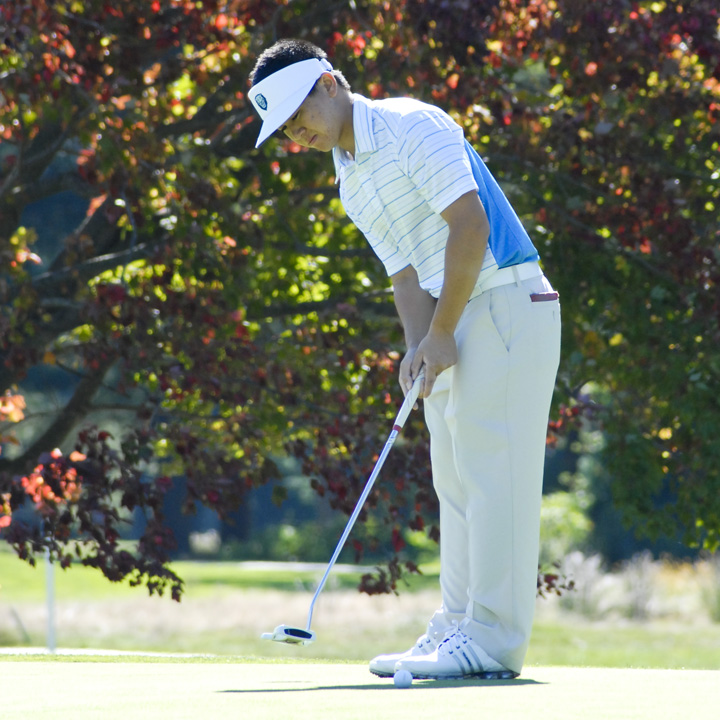 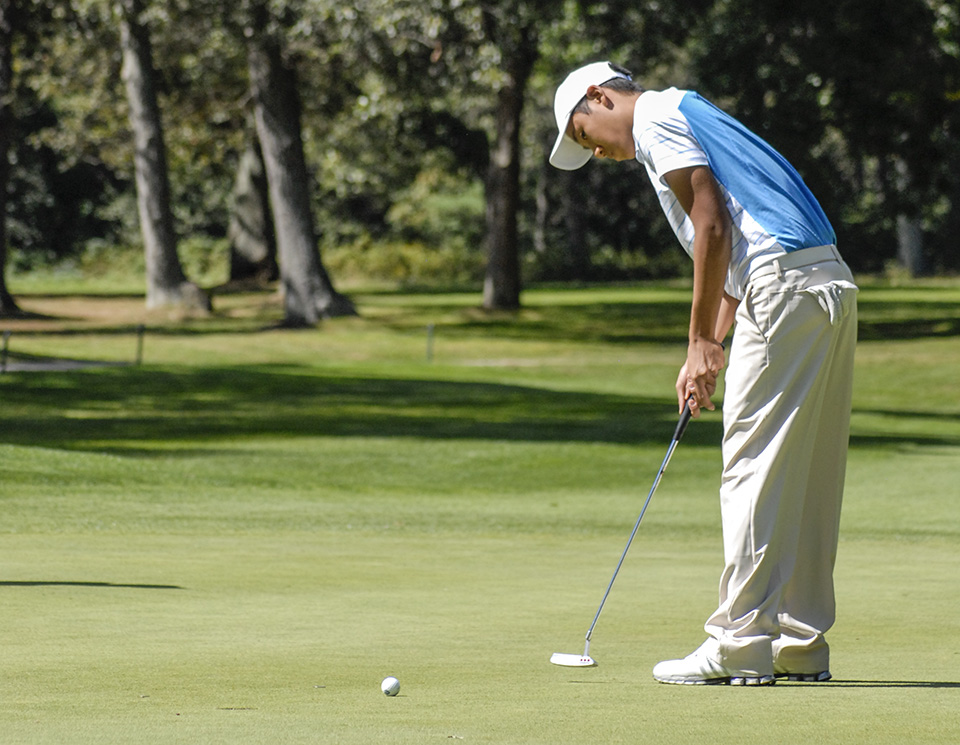