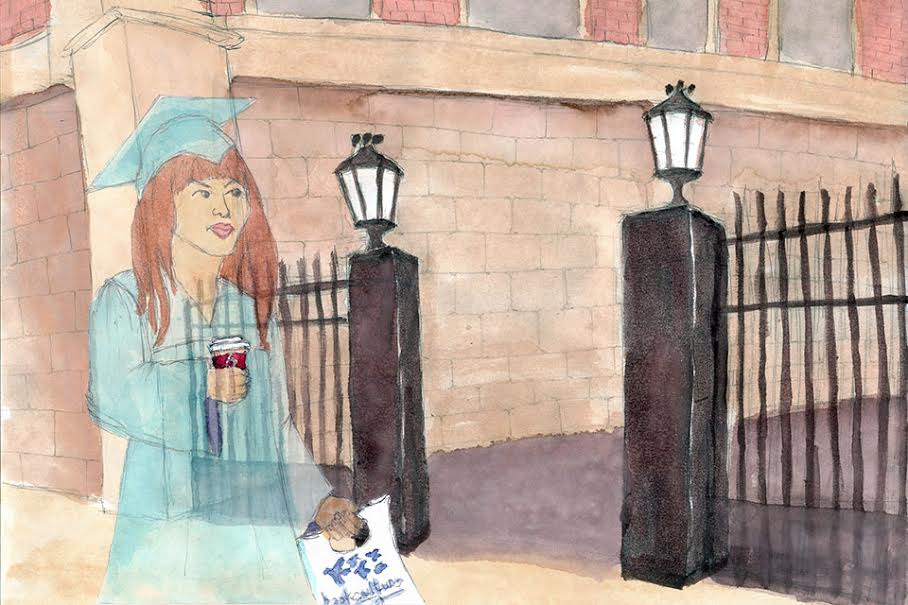 The imagined Columbia
By Sarah Durham
It's a feeling of walking around, a feeling that I can still learn the names of all the people I know by sight, people I nonsensically remember from the first NSOP coffeehouse or from a discussion section freshman year. That I can get the email addresses of everyone I've ogled in class, from whom it would be weird to expect friendship but who still seemed really cool in passing. That even with my closest friends there's still time to find our dive—which we haven't found yet—to get drunk together enough times to make up for the fact that we never really hung out regularly.
... 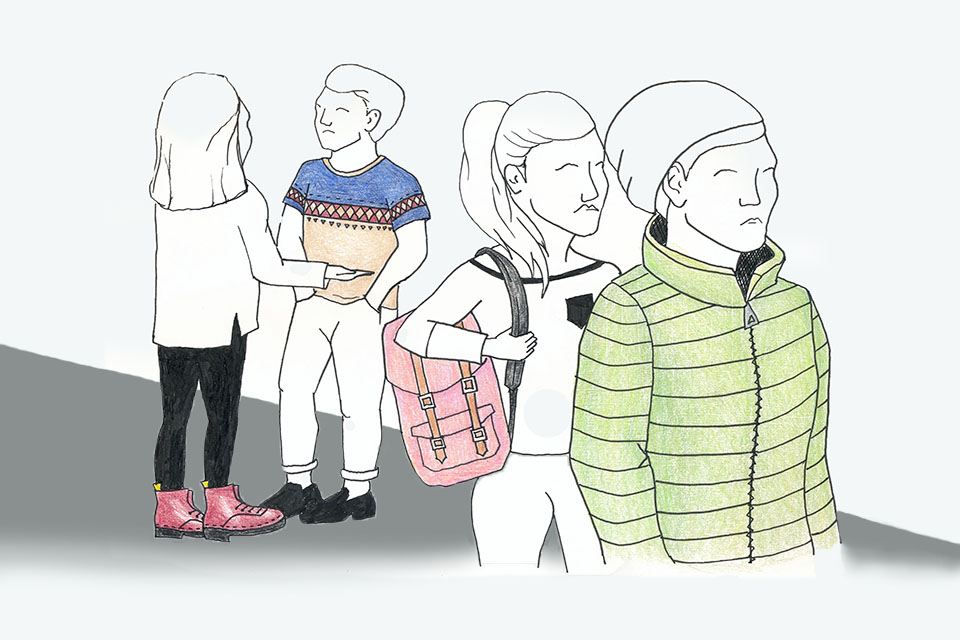 Only 90s kids will...
By Sarah Durham
Headlines never used to be anything but exciting. I remember coming into homeroom with that one teacher who was slightly "hipper" than the others, and who would probably open class that week with a joke about Leo getting an Oscar. Even the intercom moments of silence during local or national tragedies and the NPR headlines in the kitchen when we got home were completely guiltless moments of confirmation because for the first time in our lives, we were realizing what it was to be young. And as long as getting older meant realizing this more, the passage of time meant nothing, like the crackling static before the return of scheduled programming. There was always still senior year.
... 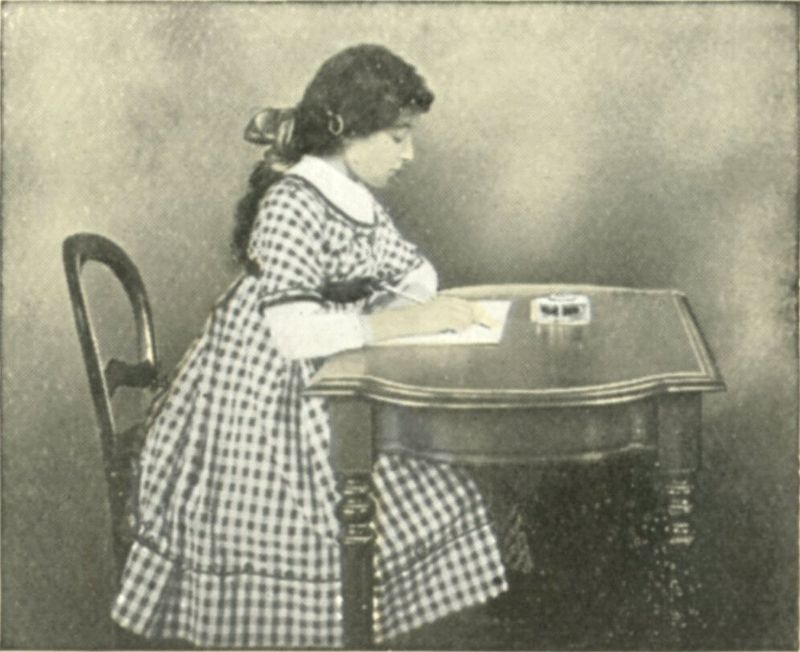 The things worth writing down
By Sarah Durham
I don't know if the things I've noticed about Columbia are worth writing down. These are parts of our lives that we silently absorb, but don't expect to be addressed: carrying our dinner back to our dorms in plastic bags, opening packages on Lerner's fourth floor benches, picking from our plates as we do the Ferris walk-around. When 5:25 classes get out during the springtime, there's an intravenous rush from the evening, people on the steps, sitting everywhere on the stone fixtures and calling their moms.
... 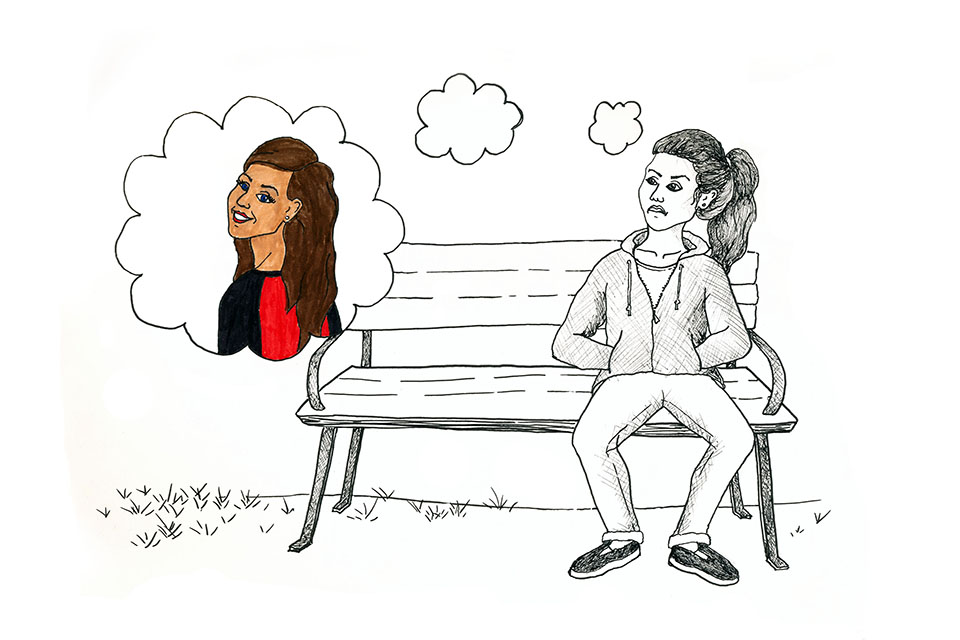 Requiem for lost time
By Sarah Durham
The closer we get to some final, crowning moment of self-actualization, like graduation, the more reality fails to support our view of ourselves. Instead of remembering what we want to, we're reminded of what life was like before we made the conscious decision to develop it.
... 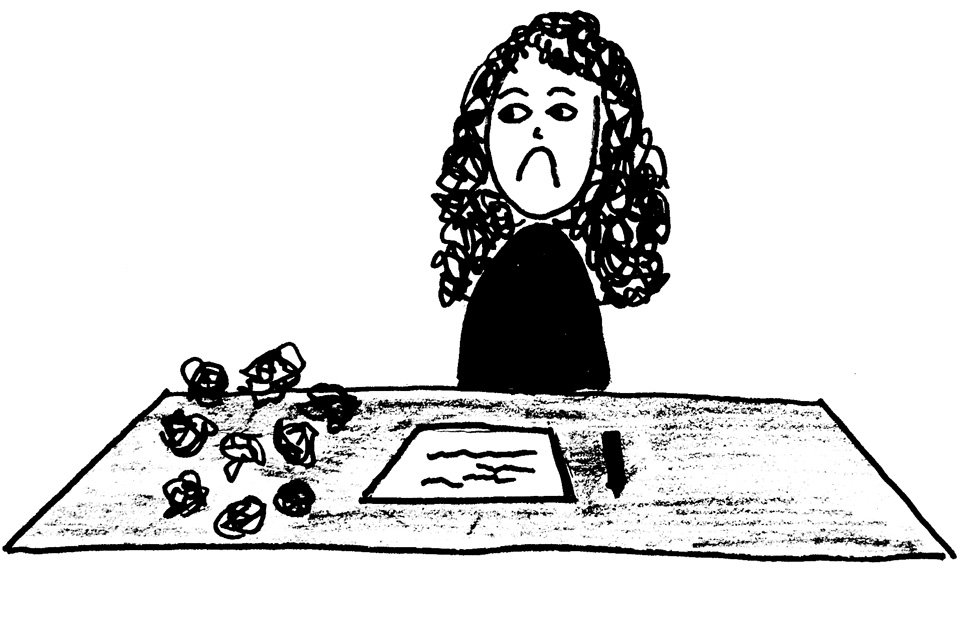 The choices we didn't make
By Sarah Durham
It has recently become popular and progressive to criticize the large number of Ivy League graduates in finance and consulting.

Choosing to fail
By Sarah Durham
It's at this point in the semester when we realize how badly our plans for it have failed. 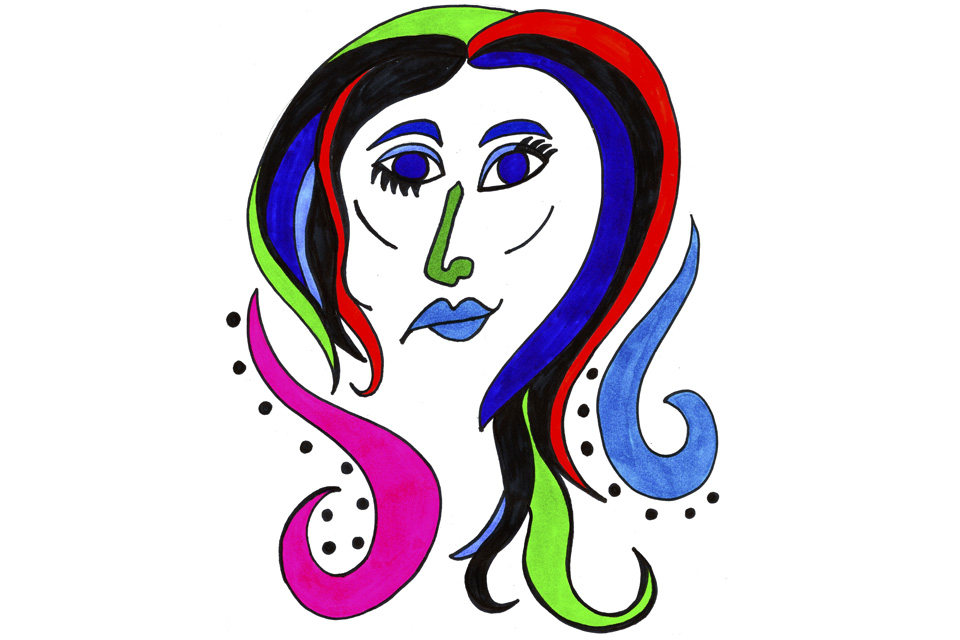 An impossible existence
By Sarah Durham
Perhaps it's hit you, walking home in the sallow glare of the streetlamps or twisting over for the last time before sleep, how much you loathe who you've become here. It's more than the social cycle of boom-and-bust, of feeling sheepish after a party. It's shame and a sense of waste, that so much effort has gone into an overheated persona that's no longer useful to you.

It was done, like so much done on this campus, for other people: for the glances through restaurant windows, for when you'd stand up from chairs and your clothing would be noticed. You joined clubs for crushes and took too many classes.

It was done for people you wished to impress. We love so easily here, outside the labels of boyfriend and girlfriend. I see guys and girls deep in conversation in dorm lounges and wonder how unevenly the affection is split.

It was done for that person you dropped everything for—timeslots, movie references, literary allusions. You spent your first year in late-night hallways, giving your emotions to someone you didn't yet realize was playing you.

Now your inbox is empty, your iPhone screen dark: no one was watching, though you did it all for them.

It's a new, adult sadness to feel like an inconsistent character in your own story, that you're not even substantial enough to encounter people, that you're just a shell, molded by their presence.

The city quiets our youth. There are people living real lives here—ones that are complicated, regretted, and indelible. We live through the interstices as if in kindergarten, with that standard stick figure lineup of Dad, Mom, brother, you, dog.

You will continue to feel characterless until you realize it's impossible to be genuine here. Not that you're not genuine, period—but you are not able to show people who you really are.

We're far too knowing for childish conformism. Now, in college, the best way to be cool is to seem genuine. This breeds our worry about self-actualization, that by the end of our college experience we'll not have "built a soul." Through gauging others' reactions, we've been taught what to keep from ourselves. We've swallowed believing that what we're known for on campus and in friend groups—those superficial tags people come up with—constitutes an identity.

If this is merely getting older, it answers a question I've often feared: whether growing up means no longer performing for others' recognition, or doing exclusively that.

But even if it is, even as we age, who we are is not what people see. That night you went three hours on the treadmill because of a body-image problem, when you put David Foster Wallace on its reading stand in a fit of self-righteous intellectualism, when you felt yourself stirred for the first time in ages by something that independently moved you—alone, 3:00 in the morning—that was you.

When, after scrolling through your News Feed for hours, your brain waterlogged with other people's watchability, you felt like you were the only one whom college had changed. You, who were now so servilely responsive to the buzzes and blips of the Gchat icon.

As you laid in your bed, all of your social extensions shrunk back and chafed raw, in this hurt—safe with yourself—you recouped and you ramified. People could either loathe you or not know you; you finally didn't care.

Sarah Durham is a Columbia College junior majoring in history with a concentration in philosophy. She is a board member for the Veritas Forum and a staff editor for the Columbia Crown and Cross. The Imperfectionist runs alternate Wednesdays.
... 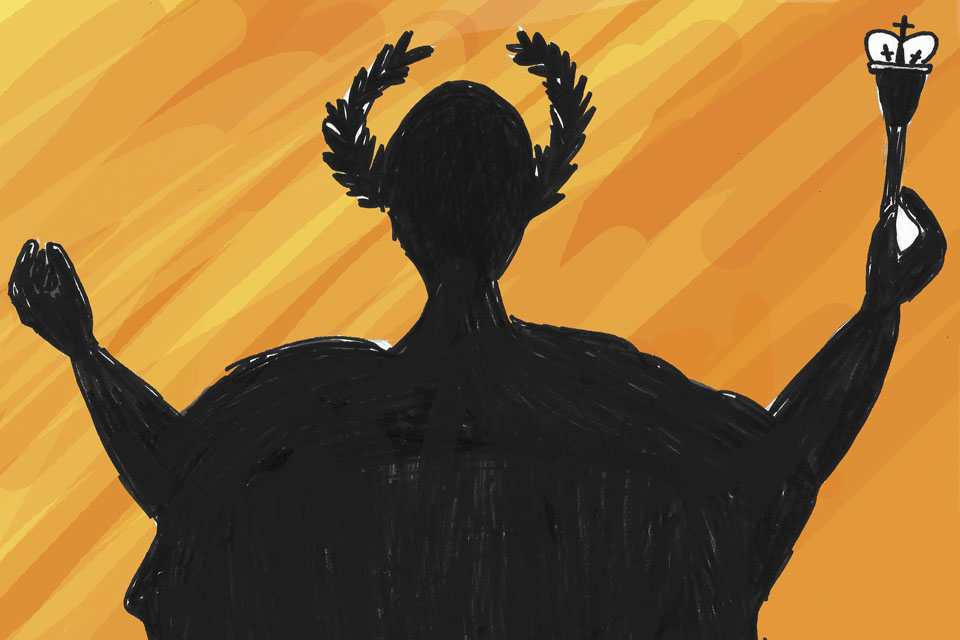 What will be lost?
By Sarah Durham
For the first time about a week and a half ago, I realized I would miss here. 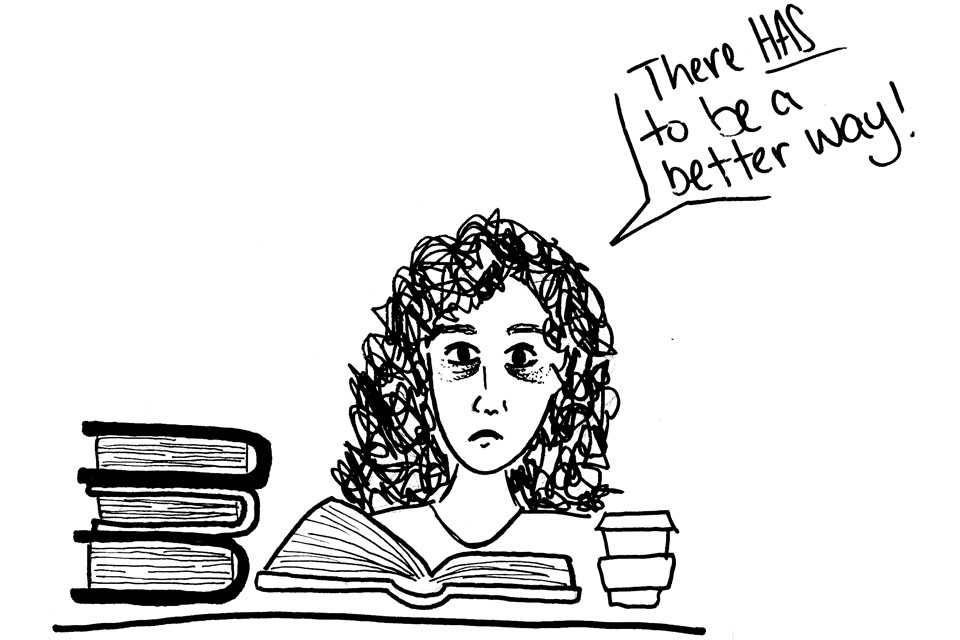 As my ambition lay dying
By Sarah Durham
Two weeks ago from the sixth floor of Kent, I saw you, Columbia, a mass of bobbing people particles making your way to classrooms you had never seen. You looked sharp. You looked up, at buildings that will seem bland only when your route through campus becomes routine.
... 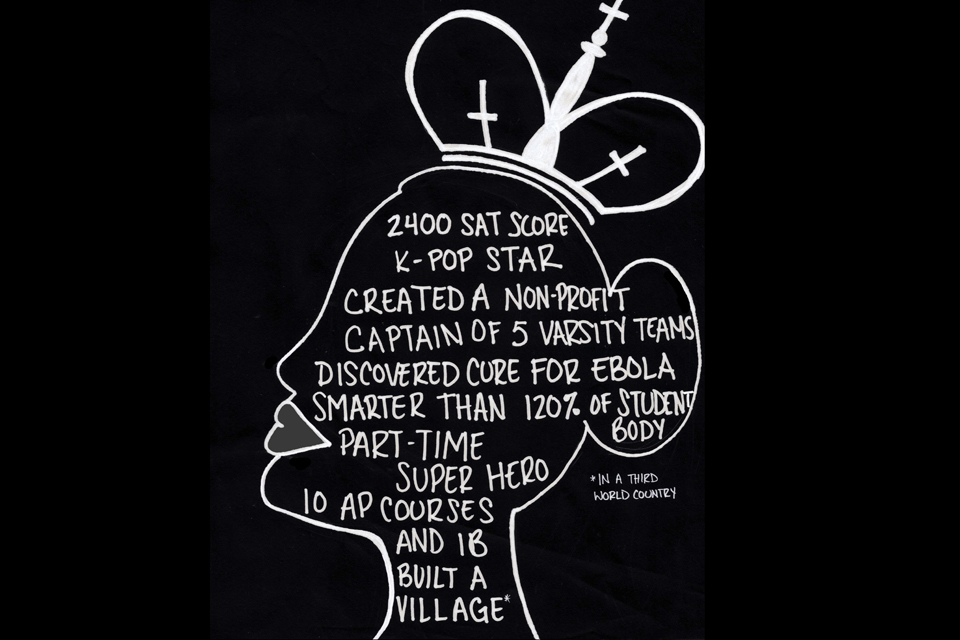 Failing admirably
By Sarah Durham
To the class of 2018:
...
Next
ADVERTISEMENT