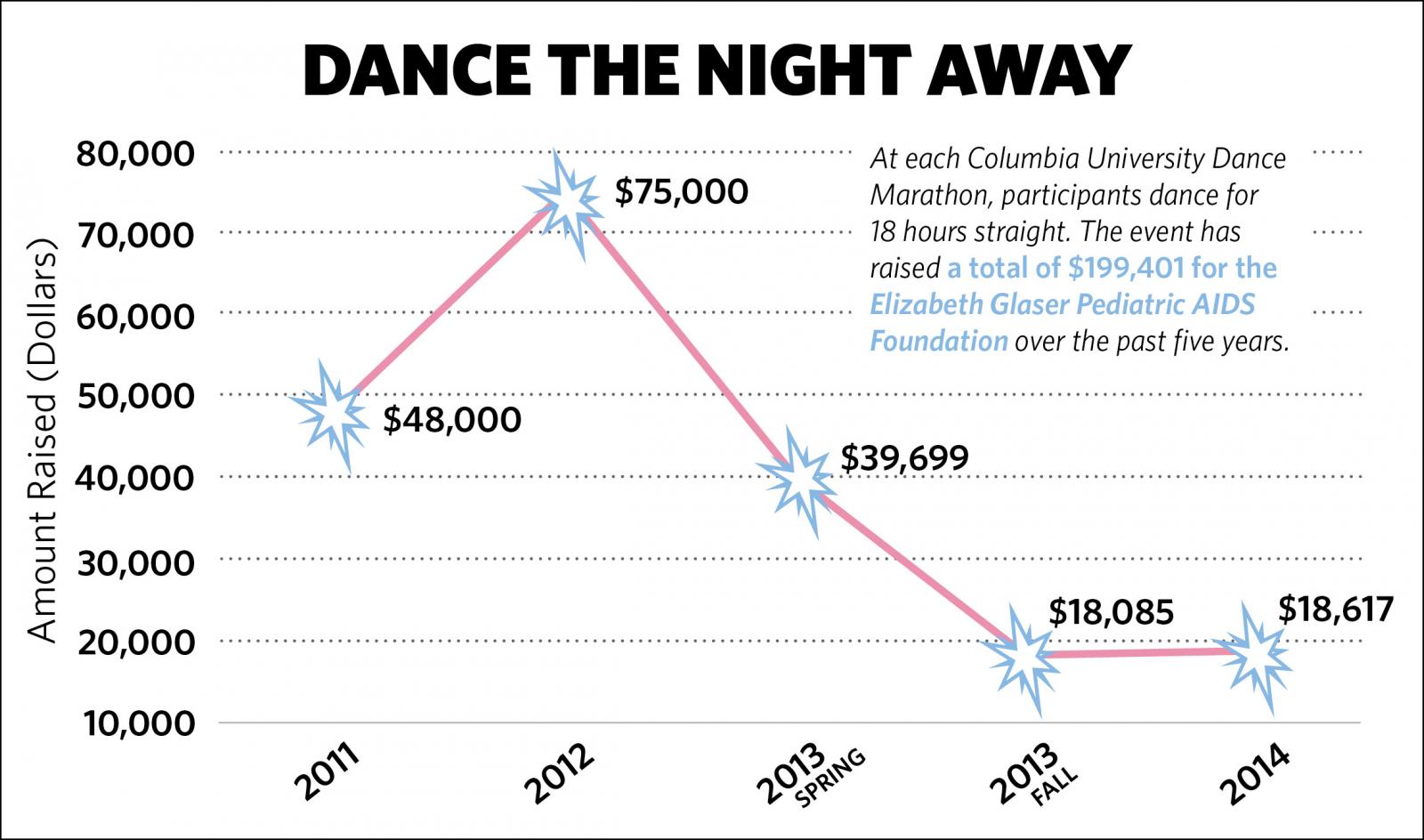 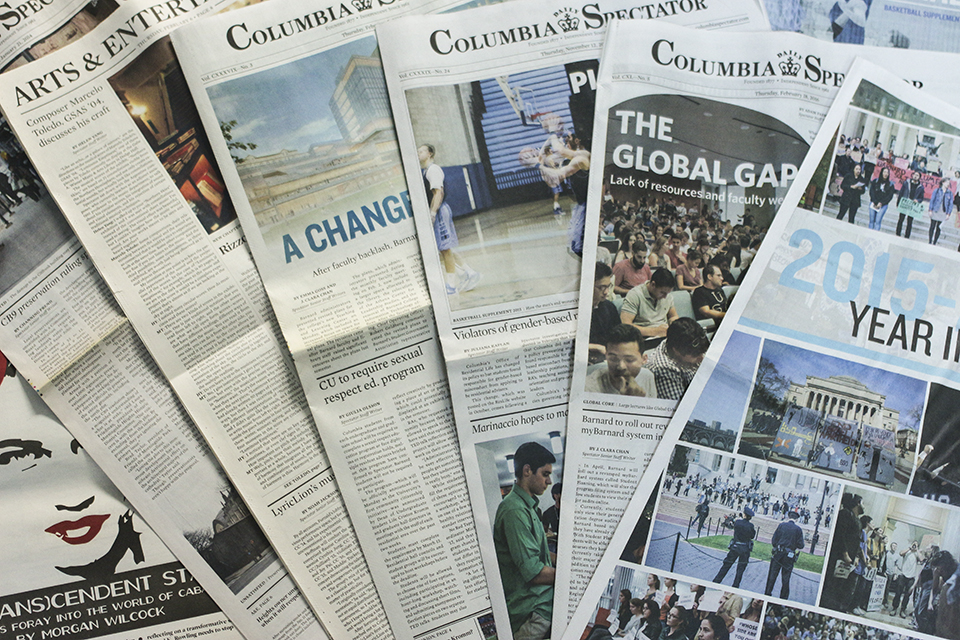 Falling in love with Spectator
By Sarah Roth
I had been a Columbia student for all of two days when I first visited 2875 Broadway to placate my brother, who had been begging me to join Spectator. Ever the Columbia student, I was reluctant to do what I was told, but I did take a picture of the banner strung up between the Arts and Entertainment office and the Panopticon as proof I had come by.
... 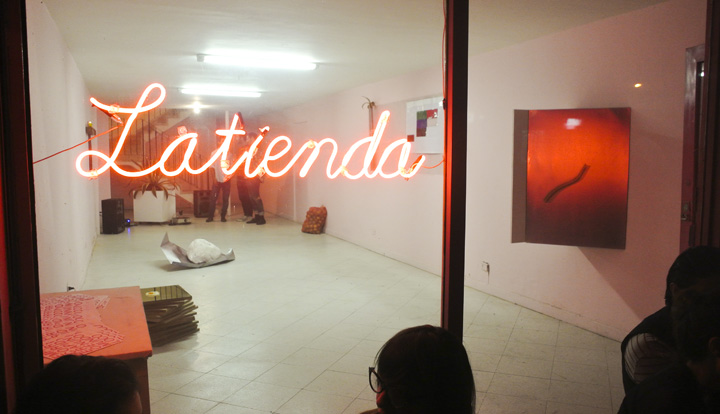 Columbia students, alums started gallery in Colombia
By Sarah Roth
In Colombia, a piece of blank paper can speak volumes, and simple galleries can encourage grassroots artistic movements. For the five curators of La Tienda Medellín, a trip to South America and a passion for contemporary art turned college students into gallery owners.

The concept of La Tienda Medellín was born last winter, when four Columbia students and one Yale student visited a friend in Medellín, Colombia, a city with a long history of government corruption and drug trafficking.

"After we got back, we sort of came up with this idea of starting a gallery, a sort of public exhibition space," Thomas Bettridge, CC '12, said.

With Alfredo Andonie, CC '13, Nick Murphy, Yale '12, Rian Rooney, CC '12, and Alejando Uribe, SEAS '13, Bettridge decided to open a pop-up gallery in Medellín on July 26, featuring only the work of local artists. The gallery is meant to be a place for the artistic community to exchange works and ideas not only with each other, but with the larger community.

The group spent the summer in Medellín "sussing everything out," doing research, and deciding where to set up shop—quite literally, Bettridge said. La Tienda Medellín translates to "The Medellín Shop."

"A store is a place that people go on a pretty regular basis, so the idea was that we were trying to present art in a way that makes it accessible to the expanded public," Bettridge said. "It was all done in a very DIY way. We didn't have plaques on the walls with people's names. Things were dirty. We didn't want it to be a slick, commercial place."

"Art people in Colombia are in some ways way more radical than they are in America," Bettridge said. "The people who are counterculture are really counterculture, and they were pretty skeptical of us."

But the group soon became a fixture in the neighborhood, the five young Americans who always traveled together becoming a self-described "boy band" in the area. The gallery soon developed a public following, particularly among college students in the area, who learned of it through Facebook posts, concerts sponsored by the gallery, and parties following its shows.

La Tienda Medellín held its first show late last summer, with seven additional shows in a six-month period before the group closed the gallery on Jan. 26 and returned to the United States. The gallery's content came from specially invited artists or else from public pitches, with the gallery accepting work from anyone who submitted a piece. The exhibit "Lo Que Sea" featured artwork produced exclusively from standard printing paper and word processors.

"Letter, legal, double-letter, half-letter ... we had an open call for submissions," Bettridge said. "It was open to anyone who had access to a scanner or a computer, who could email us something."

In a continual effort not only to make visual art a public resource but also to democratize the means of distribution, the group made about a thousand photo copies of each piece of art, mounting a stack of papers to the wall that visitors of the gallery could take home.

Even after the show, La Tienda continued its objective of distributing art to the public through whatever means available.

"In Medellín, there are a lot of street vendors," Bettridge said, "The carts are really cool because they have this speaker with a car battery mounted to them, so one guy walks around pushing the cart, and another guy talks into a mic over the loudspeaker about how much his fruit is, how good his fruit is."

La Tienda commandeered one of these carts for an afternoon, loading it up with extra copies of the artwork from "Lo Que Sea," and headed over to the commercial district, distributing the pieces to everyone who passed by. A stream of commentary about the gallery and the show accompanied the mobile art gallery.

While the gallery sought to bring art back to the public after decades of civil and political unrest, Bettridge saw a much broader movement underlying the gallery's presence.

"When I see contemporary art today, I see a really big missed opportunity, because it is such a ... globalized medium, which has the ability to communicate with so many people," Bettridge said.

At the moment, he noted, contemporary art's audience is limited to those who have the money to purchase pieces or else to the "hyper-intelligent, hyper-educated" curators who decide what should hang in a gallery.

By contrast, La Tienda Medellín attempted to make contemporary art relatable and accessible to the public by stripping the art form of its pretenses and allowing the public an intimate relationship with the art, both in the democratic means of production and submission, as well as in its bare-bones presentation.

Since La Tienda Medellín closed its doors in January, Bettridge has been hard at work. He is currently working on digitizing photos from the gallery's various exhibits to create an online catalogue of the art featured there, with the hopes of working with the members of La Tienda Medellín again.

"The plan is to work together, to go back to Colombia, get a grant up here, and have shows of Colombian artists up here," Bettridge said. 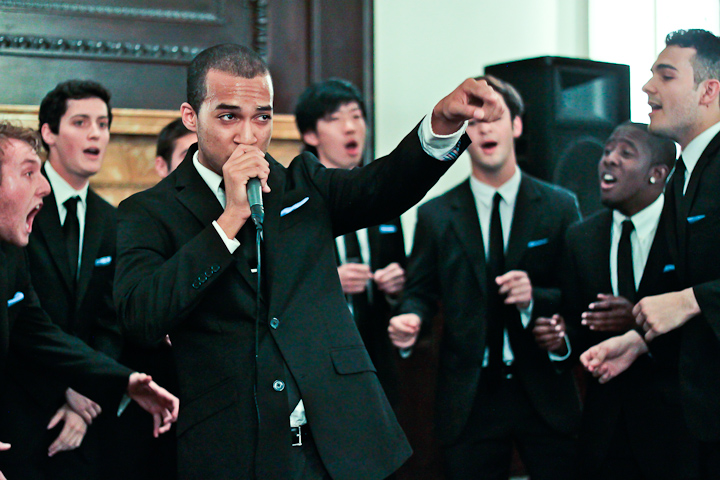 Get involved: Music and a cappella organizations
By Sarah Roth
If you're musically inclined, you've chosen the right school. Everyone knows the story of how four Columbia undergrads formed Vampire Weekend, and others are aware of composer Nico Muhly, CC '03, whose "Two Boys" debuted at the Metropolitan Opera last fall. There's also the story of famous dropout Alicia Keys. All of this is to say that Columbia is filled to bursting with musicians, and plenty of ways to express your musical inclinations.
... 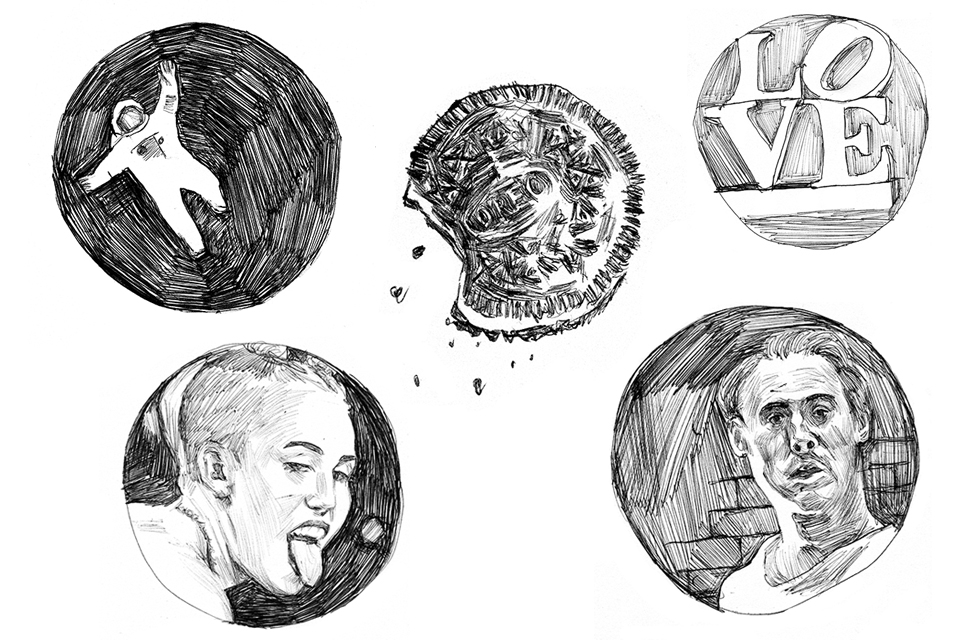 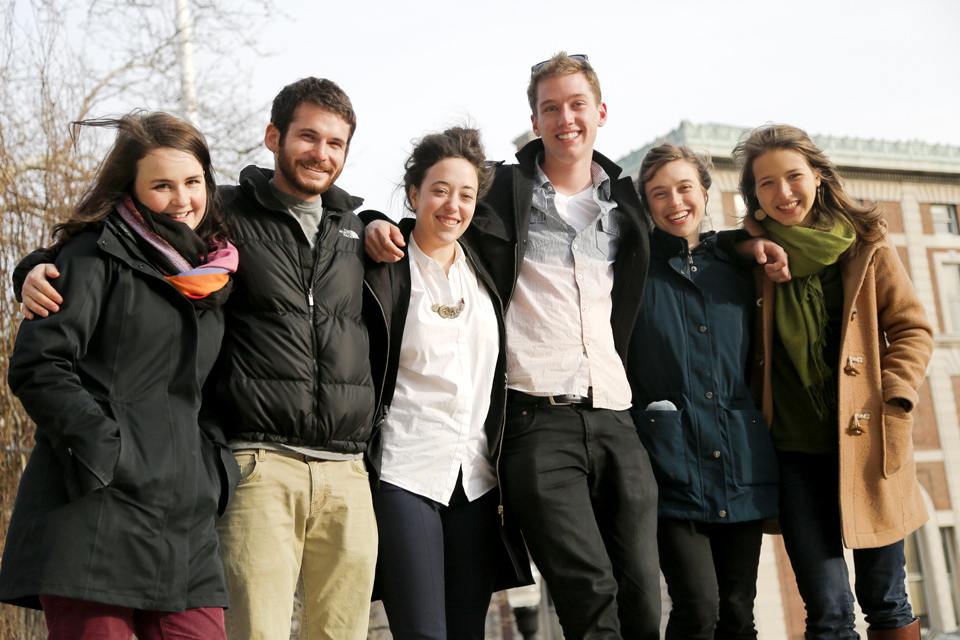 Students plan night of beer, learning with Raising the Bar
By Sarah Roth
If you're at a bar and your professor walks in, most times, you hide under the table. Next month, feel free to grab a drink with him and discuss the Higgs Boson.
... 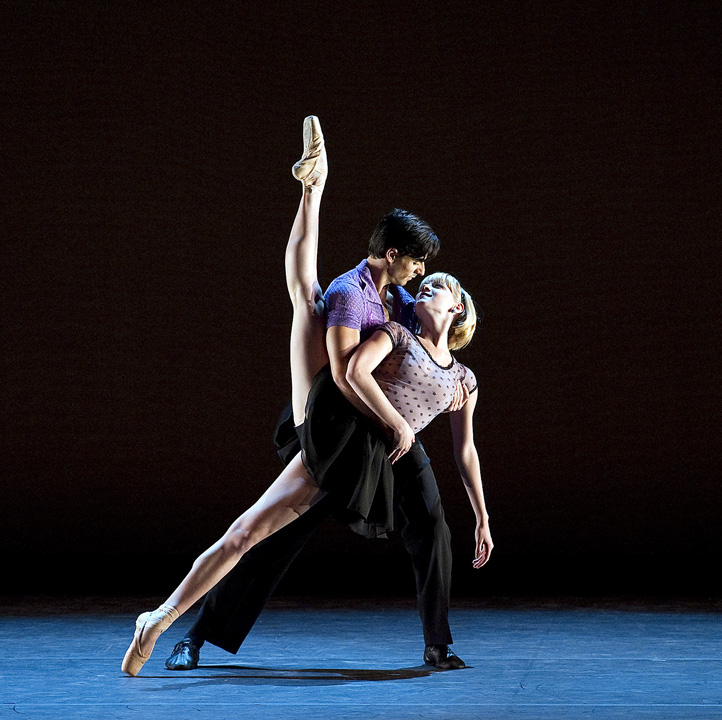 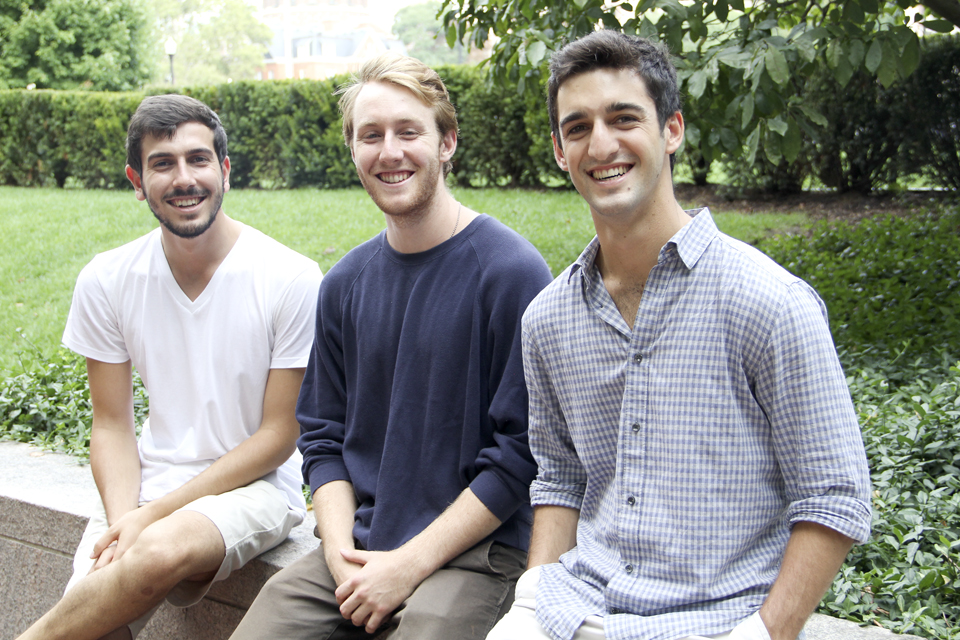 New play to put cast and crew's dreams center stage
By Sarah Roth
Dreams are by nature deeply personal and revealing—even more so when you see yours brought to life onstage. In the Columbia University Performing Arts League's upcoming one-act, "Dreamscape," the subconscious spills onto the stage as the dreams of cast and crew provide the inspiration for the play.
... 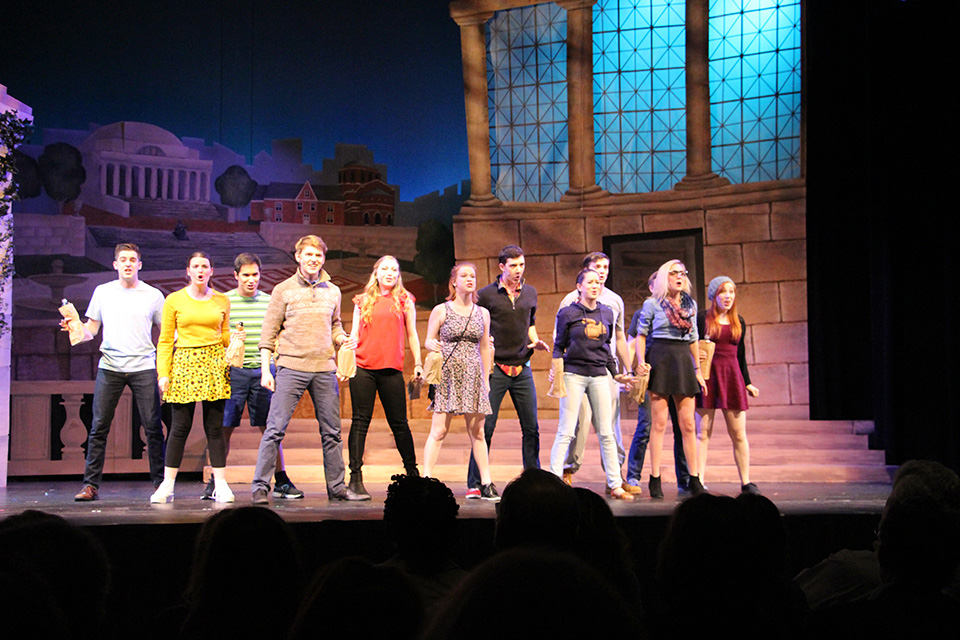 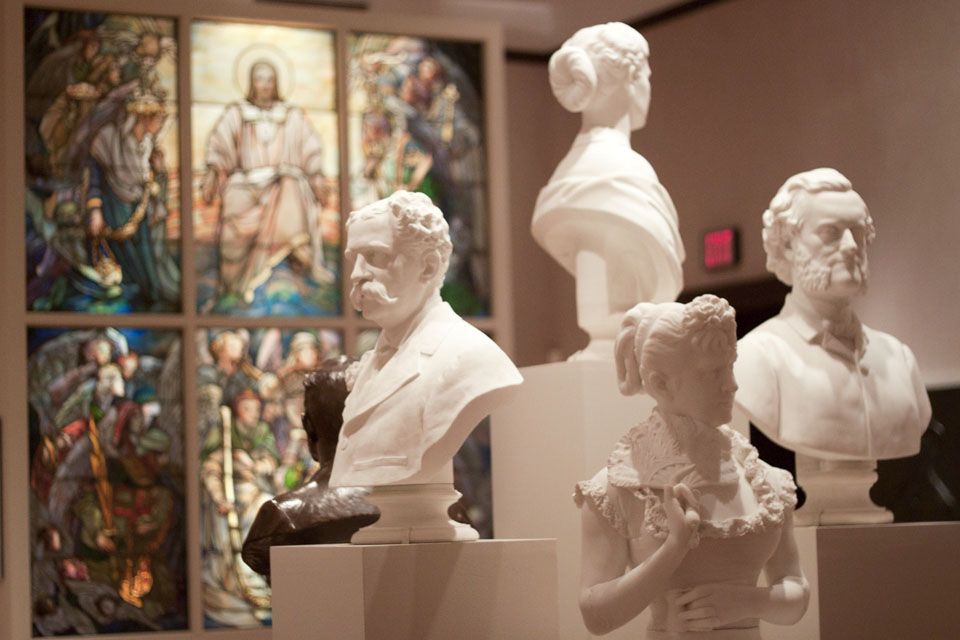 Woodlawn's history, art on display at Wallach Art Gallery
By Tracy Shen and Sarah Roth
A recently opened exhibit at the Miriam and Ira D. Wallach Art Gallery puts on display the University's collection of artifacts from Woodlawn Cemetery's lengthy history. "Sylvan Cemetery: Architecture, Art and Landscape at Woodlawn," which opened Sept. 3, coincides with the 150th anniversary celebration of the cemetery.
...
Next
ADVERTISEMENT