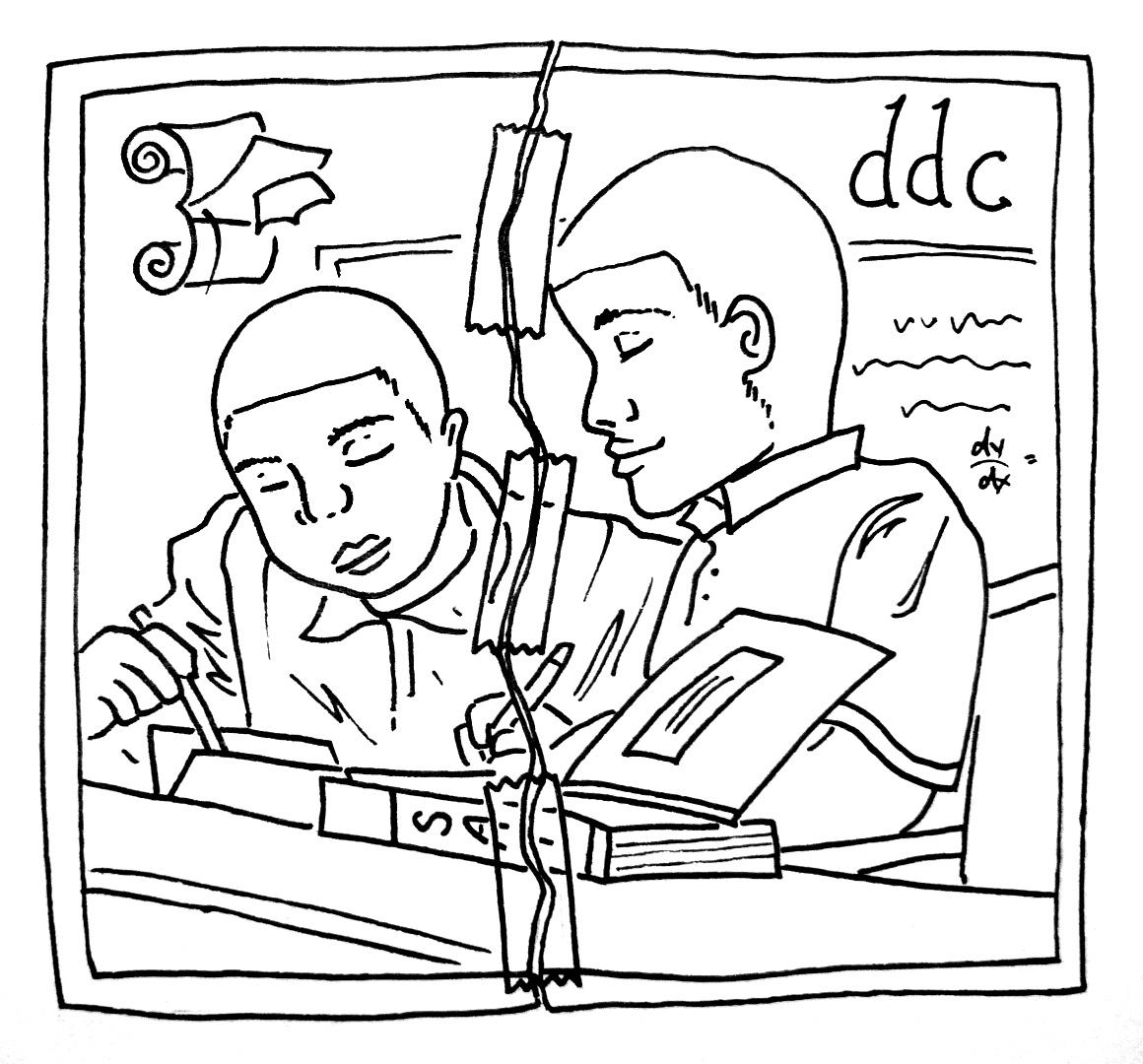 Struggling to save DDC
By Shaun Abreu
In the time since Spectator revealed the rocky transitional period under way at the Double Discovery Center, I've heard from a lot of people. Some were surprised, while many simply had their suspicions confirmed. Most had concerns about how best to move forward and initiate change, and a few labeled me a traitor for criticizing the organization that supported me in my journey to Columbia College.

I would like to take this moment to make myself perfectly clear: I have never and will never deny the power and importance of the Double Discovery Center in my life and in the lives of each of my peers. It is in fact my belief in DDC and everything for which DDC stands that has led me to address the potentially crippling changes to the Center that have occurred in the last year. I am not criticizing DDC. I am criticizing DDC's leadership.

As a federally funded, 45-year-old national organization with access to the virtually unlimited intellectual wealth of Columbia and New York City, the Double Discovery Center has a responsibility to deliver educational programming of the highest quality. And when I was a DDC student, the Center certainly met that responsibility. After a summer of studying German, I traveled with my peers to Berlin to apply what I had learned. A year later, I was studying ancient and modern philosophy with professors Roosevelt Montás, Casey Blake, Andrew Delbanco, Eric Foner, and Kathy Eden. And in between each summer, I had access to academic counselors of the highest caliber—all of whom are accomplished individuals who never permitted a single student to give up or settle for less than what they deserved.

Now, what little remains of the academic counseling staff hardly compares in quality or experience to the recently resigned staff. As for traveling abroad? This year's senior class hasn't seen so much as a college trip.

Why do I believe Executive Director Kevin Matthews should bear the blame for changes to the Center? Because his position makes him responsible for both financial growth and counseling standards. My personal conversations with Kevin Matthews over the course of the last year have, in my opinion, been marked by Matthews' indifference toward losses in staff positions and specific staff members, a casualness towards depleted funds, and an embarrassing unfamiliarity with the college application process (despite his readiness to hand out unsolicited advice to every senior in earshot). Despite all this, I believe Kevin Matthews is a good man with good intentions. However, I simply don't believe he is capable of fundraising, advising students, or setting high standards for the counselors he hires and advises.

All DDC students fantasize about the day they will enter college and become tutors and mentors to the next generation of DDC students. But in the current tumultuous and anti-academic environment, I cannot imagine returning as a volunteer.

In the spirit of forward thinking, however, I would like to provide my recommendations to Columbia College and the Double Discovery Board of Friends:

1. Re-hire a full-time development officer or grant writer. These positions pay for themselves and are essential for the long-term success of the Center.
2. Re-hire an outreach coordinator. The recruitment, training, and supervision of volunteers are at the heart of the Center. Re-hiring an outreach coordinator is an essential step towards fulfilling not only the obligation toward DDC students, but also toward CC student volunteers.
3. Replace Kevin Matthews with an executive director who possesses a better understanding of current educational standards and who reflects the level of educational attainment DDC seeks for its students.
4. Invite employees who have resigned to return. No one understands DDC, DDC students, or CC student volunteers like these dedicated and experienced staffers.

It is my sincere hope that changes will be made, that academic integrity will be restored, and that the students and volunteers of the Double Discovery Center will regain access to the financial and intellectual resources they deserve.

The author is a Columbia College first-year. He is a graduate of the Double Discovery Center.
...
ADVERTISEMENT