Why Don't We Dual It in the Road

Why Don't We Dual It in the Road 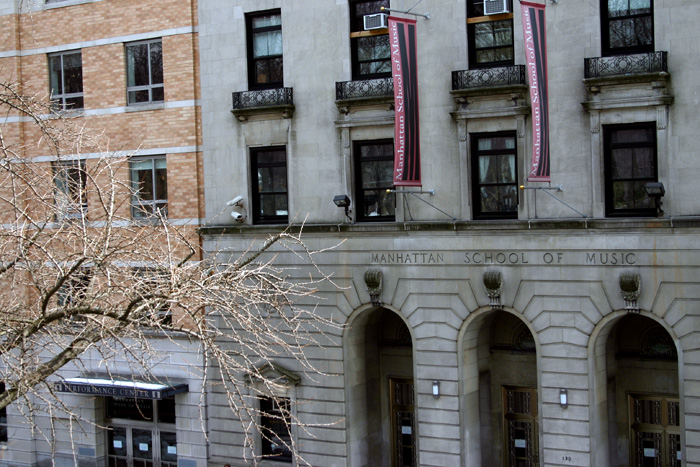 Among the no-man's-land of institutions above 120th Street, the Manhattan School of Music might be the most unsung. The 85-year-old MSM is a private music conservatory, and home to talented musicians and faculty in classical and jazz music. Yet Columbia students are, by and large, unaware of the formal affiliation between the University and the conservatory. As the school is only blocks away from the Columbia campus, it's reasonable to expect some overlap. Local bands, campus bands, and other musical groups affiliated with Columbia often include current or former MSM students who have created musical bonds with Columbia students. The MSM's pre-college program also funnels a decent number of students into the Columbia undergraduate colleges, perhaps because of the proximity. Given these connections—and the fact that the conservatory maintains a cross-registration system with Barnard—one might assume that Columbia College has a joint program with MSM. Surprisingly, it does not. It's easy to think of barriers to a joint program. Negotiating tuition and funding is difficult, and the challenge of accommodating part-time students could place serious stress on both institutions. The Barnard cross-registration program is limited and only allows students to take private lessons with faculty in specialized fields of study. A number of classes—including jazz voice, classical voice, jazz composition, organ, accompanying, and all classical contemporary lessons—are not available to Barnard students. This makes sense—making all MSM lessons accessible to Barnard students would detract from Barnard's own music program, and through association, Columbia's as well. This could be a major factor behind Columbia's hesitation to establish even a basic cross-registration program. The music department here plays a significant role in the community, and anxiety over maintaining its ability to sustain itself and thrive is entirely legitimate. However, this would only be a major problem if the joint program were fundamentally different from the cross-registration already in place. The Barnard-Manhattan School of Music program offers only music lessons. If a Columbia program followed this model, students would have the opportunity to train and further develop their music skills at the Manhattan School of Music and would still participate actively in the Columbia music department, where they would take classes. They would have the chance to hone their abilities at a prestigious music conservatory. No matter how rigorous the music program here may seem, the atmosphere at a conservatory built around the single purpose of teaching the art of music is incomparable. Cross-registration programs are created to address a fundamental truth for student musicians—a university will never be a conservatory, and vice versa. Jeff Picker, a junior in Columbia College, studied in the jazz program and played the double/electric bass at the Manhattan School of Music, but decided to transfer to Columbia after realizing he didn't want as rigorous a relationship with music as he had at the conservatory. "There probably should be [a Columbia cross-registration program], given the proximity and everything—it would make sense, especially since a lot of kids interested in a liberal arts education often give up intensive musical instruction to come to Columbia, and kids interested in a music education must give up a normal course of study to go there," Picker said. Some University students—a majority are part of the Barnard-Columbia-Juilliard joint program—claim that Columbia's music program is "more theory-based, rather than performance-based," which they say explains their desire to branch out from the music department here at the University. Currently, there seems to be little to no room for compromise for musicians who want to maintain both the academic and musical spheres of their undergraduate experience. Juilliard does offer a joint Columbia/Barnard program, and even a five-year accelerated master's degree program, but musicians who desire a less stressful program that still stimulates their musical needs have nowhere to turn. Also, the time it takes to get to Lincoln Center two to four times a week—while lugging an instrument—can seriously add up, and prevent students from fulfilling their primary duties as Columbia undergraduates. Columbia music students are only offered one musical outlet when they could potentially have the opportunity to obtain another, even more convenient one. Benjamin Grossman, a freshman in CC who attended the Manhattan School of Music pre-college program for grades 12 and under, currently works in that same program. When asked whether a joint program would be beneficial for Columbia undergraduates, he expressed enthusiasm. "True, Juilliard overshadows other music schools, but I feel as though the Manhattan School of Music provides an equal atmosphere for musical development and is a hidden jewel in some sense," Grossman said. "Not to mention, the MSM practice rooms are much better than the ones at Juilliard."