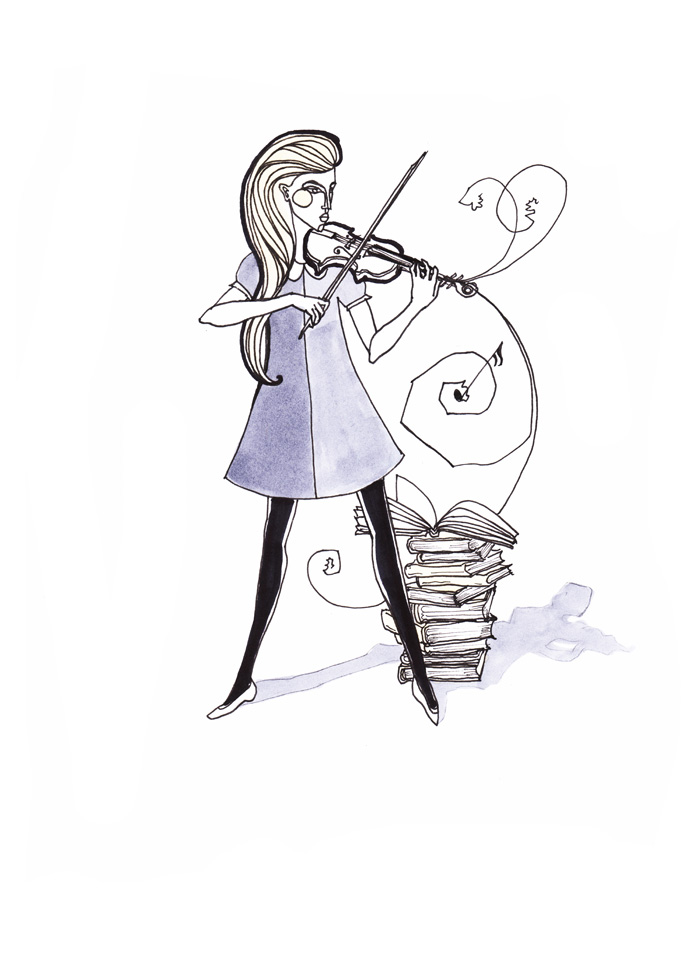 Getting into a top college is difficult, but getting into a top music school is almost impossible. In 2010, The Juilliard School boasted an acceptance rate of 8 percent, while the Curtis Institute of Music accepted only 5 percent of applicants, making it the most competitive school in the country. The merciless acceptance rates of top music schools are indicative of the competition present in the music world at large: Musicians can practice their entire lives without ever having a chance at playing with a top tier orchestra such as the New York Philharmonic. With this in mind, it makes sense that Columbia and Juilliard have teamed up to design the Columbia-Juilliard Exchange, where students can take music classes at Juilliard while simultaneously getting a degree from Columbia. It may seem like a back-up plan—if music didn't work out, then the student would have an economics or chemistry degree to fall back on—but a back-up plan is exactly what it is not. Tavi Ungerleider, a junior in CC, said that his reason for applying to the Columbia-Juilliard Exchange rather than just Juilliard was to be able to take more than one class at Columbia each semester. "I didn't just want to do music, that is for sure," he says. "I wanted to do what I did in high school; I could take classes and do the cello stuff primarily on my own." Ungerleider's list of accomplishments range from performing in Carnegie Hall, Symphony Hall, and international venues, to playing alongside Grammy Award-winner Béla Fleck, while also appearing multiple times on NPR. Ungerleider is also a full time student in CC majoring in statistics. Michelle Ross, CC '10, was in the exchange and is now pursuing a master's at Juilliard. "For me, it was amazing because I could really get the best of both worlds," she says. "I am a very serious musician and I have always wanted music to be my career, but I really believe on a deep level always challenge yourself at every level as an artist." Ross graduated with a degree in English and comparative literature. At Juilliard, Ross plays violin and is an active composer. Recently, the New York Arts Ensemble named her Emerging Composer. Such a list of accomplishments is not uncommon in the program. Eric Silberger, a senior in CC, will compete in the Michael Hill International Violin Competition in New Zealand only a week before he flies to Russia to perform as one of 27 violinists who have been chosen to compete in the International Tchaikovsky Competition. At the same time, Silberger is pursuing a major in political science from the College. Ross said that having a degree in English has helped her tremendously in her musicianship and compositions. "It completely enriched my musicianship," she says. "Everything that I write, I am drawing from different genres. Right now I am collaborating with my English background. It's just the way I like to look at things." While these students are doing it all and doing it successfully, it does come with a price. "I practice three or four hours," Ungerleider says. "Freshman year, I practiced five hours a day. I didn't feel like I was good enough so I tried to practice as much as possible. I went to Juilliard to practice and I was there five hours every day." He says that entering the program requires a sacrifice not usually made by undergrads. "I don't like to make sacrifices, but you have to," he says. "If you have midterms one week and you keep practicing five hours a day, you aren't going to know your stuff. Right before midterm week, all the students will stop practicing, but you just have to do it. Otherwise, you won't get your school work done." Ross feels similarly about the program. "It was the hardest thing in the world," she says. "Every aspect of it was challenging and overwhelming, but you sort of have to love that rhythm and if you do and you let it inspire, you get so much from it. I think it's a gift that I was able to do that." Ross doesn't see her degree from Columbia as a backup plan. "I got a degree in English," she laughs. "Some of my musician friends say, 'Oh, you have a degree from Columbia,' but it's just a degree. It's not going to change your life; it's not a career. If I quit music, I would still have to start from scratch. It was purely because I was searching for knowledge like everyone else in undergrad."