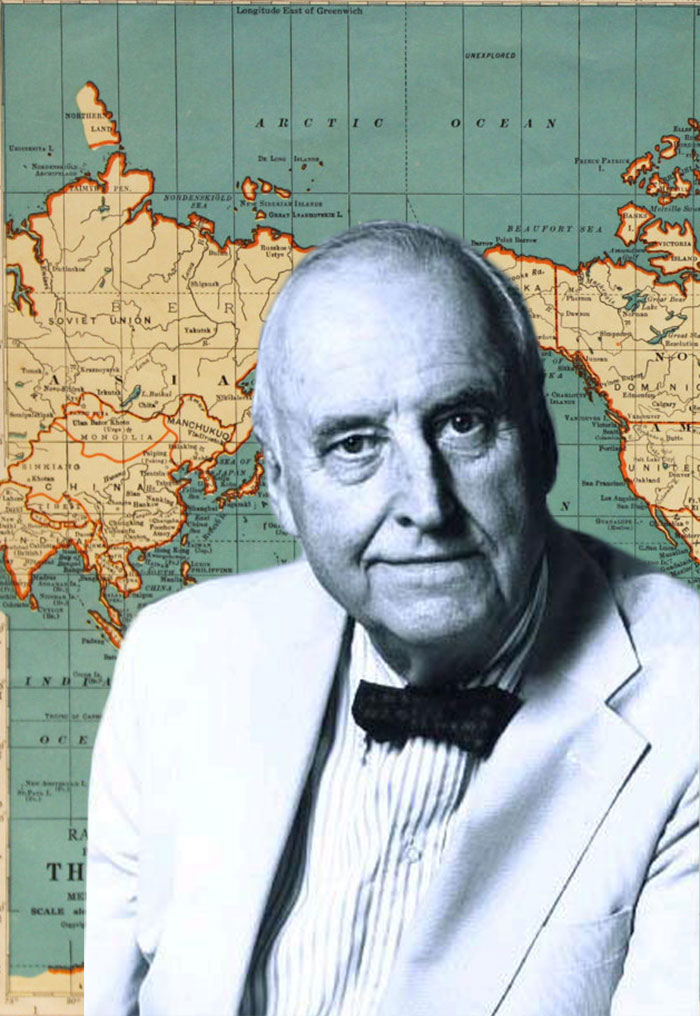 Professor William Theodore de Bary, the John Mitchell Mason professor of Asian humanities and provost emeritus of the University has been a presence at Columbia since his freshman year in the College in 1937. After serving in World War II, he came back to Columbia to earn his master's degree and Ph.D. in 1953. His lifelong dedication to conversations between Eastern and Western civilizations and his active advocacy of a Lit Hum-style East Asian core have won him enormous respect in the Columbia community and worldwide. CAMILLE PETERSON sat down with professor de Bary for a chance to hear some Columbia wisdom.

It started with the first class I had in Hamilton Hall, which was Contemporary Civilization taught by Harry Carman. At that first class, when I was sitting in the front row, he said, "Of course you know that CC is just civilization in the West. What we need is some young people to prepare themselves to include Asia in the process." Well, I didn't have any good idea what I wanted to do. That seemed like an appealing idea to me, so I started learning Chinese.

You've been an advocate for bringing non-Western thought into the Core for a while. What do you think makes the expansion of the Core imperative for a college education?

We're living in one world. And if we want to understand our world the way we think we can understand the West through CC and the humanities, we have to extend that same process. In my book, The Great Civilized Conversation, I consider the key word to be "conversation." This appears very early in the writings of former Columbia professors John Erskine and Mark Van Doren. What they were doing was picking up on the conversation with the great minds of the past. That is the best way for you to come to terms with your past—everybody has to do that. There isn't any fixed quantity or canon that can sum up your past, but you can get the best access to it by reading what the great minds said about the issues that were foremost in their minds.

Do you think there are significant conflicts between Eastern and Western philosophical tradition?

What do you think is the one essential thing that we need to learn from East Asian texts?

I don't think there is any one thing. You need to learn to read the texts. The process is very important. You read the texts and size them up for yourself. Then you get together with your peers and discuss to see what they think. Have they drawn the same conclusions? Have the classics spoken to them in the same way? Then, you have that check. Your first reaction is subjective, but once you articulate it, it becomes objective. It's out in the open. Then it can become the basis for conversation.

In your book, Nobility and Civility, you mention that Confucius focuses on the "true nature of leadership." What do you think world leaders today could learn from Confucius' teachings?

The key concept is trust. There has to be some common element that provides the basis for dealing with other people. They know that they can trust your word, that you will act according to your word, and that you can come together to deal with shared problems because you can, to some extent, count on somebody else to be a true human being. The importance of trust is true for all people, but it's especially important for the leader. You can recognize that when you look at our present Congress. To the extent that we have any hope of resolving the current problems in Congress, it depends on certain people in Congress being recognized as promoting genuine conversation and compromise.

Do you have any words of wisdom for current Columbia students regarding the Core?

The most important thing I could say to them given the conditions that exist now with respect to the Core requirements—they are not focused on a "core." You have a Global Core and what is, in effect, a distribution requirement that goes off in any direction you want. It doesn't bring people together on "core" issues. The only way I could suggest they do it is to take the courses we designed for the Core—Asian humanities and Asian civilization—and not the alternatives that have been proposed. If they take those classes, then they would make a start on a genuine world conversation. If they don't do that, then forget it. Their education is aborted after they take Lit Hum and CC. They don't progress in a normal way to expand that same process to a larger world.

The other thing I would tend to emphasize is that I don't think global centers contribute to the undergraduate learning process. Students go out to commercial centers in the rest of the world, and all they get exposed to is commercialism. They're not going to learn the culture of those countries—they'll take what's immediately available in the current culture. It's just academic tourism, and it doesn't add up to anything.

What do you think the most important impact of a global conversation would be?

Most important would be simply that they'd be able to talk together—and if they talk together, recognizing that they share certain things in common, they can appeal to those common values to deal with their differences. That would apply to any international problem.