Queer Eye for the Fashionable Guy

Queer Eye for the Fashionable Guy 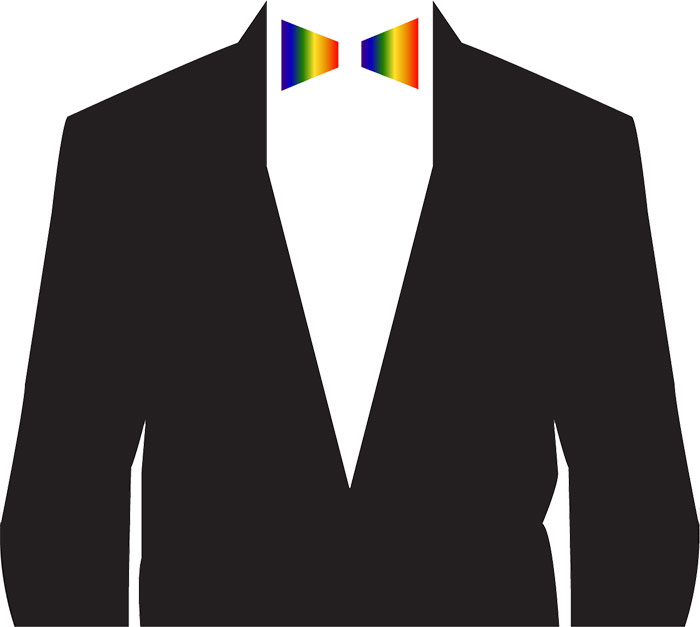 The exhibit, which opened in September and runs until January, is a big deal. It's the first major museum exhibit to explore the impact of LGBTQ individuals on fashion. This might seem surprising, given certain widespread perceptions regarding the fashion industry; as writer Michael Musto, a 1976 graduate of Columbia College, deadpans in his review of the exhibit for W Magazine, "Every designer on earth is gay, and every gay person on the planet is into fashion. End of story." But the fashion world, like the world in general, has a history of intense homophobia. "For many years," Valerie Steele explains in the exhibit's accompanying book, "gays and lesbians were hidden from history." Spanning 300 years and 100 outfits, this exhibit attempts to bring fashion "as a site of gay cultural production" to light (the exhibit's dim basement location not withstanding), and in doing so uncover an "alternative history of fashion."

An image of Oscar Wilde opens the exhibit, accompanied by replicas of ensembles worn by members of the first recorded gay subcultures that thrived in early 19th-century Europe. These first outfits—a silk, mint-green jacket with knee britches, a daring red cape—testify to the power of fashion to express identity, signifying difference and desire; wearing a green carnation in one's buttonhole in 19th-century England, as popularized by Wilde, signified "homosexual affiliations." It also documents the dangers of such expressions: Wilde was imprisoned and sentenced to hard labor for "gross indecency," and communities of gay men known as "mollies," who gathered at parties to cross-dress and perform mock weddings, faced police raids and execution. One 1726 raid, a placard flatly states, ended in the execution of three mollies for sodomy.

The rest of the exhibit spans the history of fashion from the 20th century to today. To pass through its double doors is to dive straight into a heady whirlwind of culture and politics, change and struggle, sex and death. The exhibit features a head-spinning heterogeneity of ensembles, ranging from styles associated with specific subcultures to couture fashions made by gay designers to styles worn today by cultural icons. The scope of the exhibit indicates just how integral the LGBTQ community has been to creating the fashions we know today.

It is clear from the exhibit that LGBTQ individuals aren't only part of clothing's aesthetics, but of its history and influences as well. The exhibit explores the clothing of bisexual actress Marlene Dietrich, who was described as the "best-dressed man in Hollywood" for her interest in menswear both off- and on- screen. Rather than just showing the importance of her style, which flattered her feminine form and signified power and masculinity, the exhibit traces her style's influence on designers. A few feet away, mannequins sport the iconic Le Smoking by Yves Saint Laurent, which presents form-flattering menswear for women. However, the exhibit also features mannequins sporting ultrafeminine evening ensembles by Dior, Balenciaga, and Madeleine Vionnet, as well as the unisex caftans designed by Rudi Gernreich, a designer who helped fund one of the earliest gay liberation societies.

The 1726 raid on the molly house finds a fitting sequel in the Stonewall riots, in which a police raid of a bar frequented by gay and trans* individuals triggered a series of riots, and the exhibit turns a literal corner at the AIDS epidemic, marked by a wall of activist T-shirts, hanging bodiless.

The exhibit's two-day symposium featured speakers such as Fran Lebowitz, famed as much for her witty cultural criticism as for her specially tailored suits, who discussed the appeal of leather ("Sex. That's it."). Writer Kevin Sessums discussed hooking his mother's brassiere in a surprisingly heartbreaking talk entitled "The World Was Safer Sitting Under My Grandmother's Singer Sewing Machine," and co-curator of the exhibit Fred Dennis's knees poked memorably and fearlessly out from a fetching red kilt. But on a more somber note, Simon Doonan, creative ambassador-at-large of the clothing store Barneys, recalled the desire of gay designers dying of AIDS in the '80s to be remembered. "People think Perry Ellis is a brand," he said. "Perry Ellis was a gay man who died of AIDS." Doonan spoke also of the "creative rage" he believes fueled the work of designers working in heavily homophobic world.

The exhibit pays homage to these designers, but it also gestures toward a rich present and future for queer fashion. According to Doonan and many others who spoke at the symposium, the exhibit marks a turning point. "It's true," Monica Miller, an English professor at Barnard who spoke at the exhibit's two-day symposium last month, said in an interview. "There couldn't have been that kind of exhibit when Versace and Alexander McQueen were designing. It just couldn't have happened ... but now it's happened and now there's going to be a kind of change."

In her talk entitled, "All Hail the Q.U.E.E.N.: Janelle Monáe and A Tale of the Tux," Miller showed clips from American R&B artist Janelle Monáe's music videos for her singles "Q.U.E.E.N." and "Tightrope" and discussed the significance of the artist's tuxedo, which Monáe (perhaps best known for role in Fun.'s "We Are Young") dons not only in her videos and performances but also in other public appearances. To see Janelle Monáe wear her suits is to see a daring act of subversion of gender norms and genre norms. Monáe is thus a modern-day analogue Marlene Dietrich and the black dandies. If the exhibit gestures toward rich and compelling sartorial histories, Monáe's living body, dancing and singing in the suit, brilliantly and thrillingly animates these narratives.

The last leg of the exhibit finds designers such as Versace and Jean Paul Gaultier gleefully subverting sex and gender stereotypes (hot pink sailor suits anyone?). Displayed are Gaultier's legendary cone-bra dress, a glamorous gown worn by performance artist Joey, and Versace's leather BDSM dresses. The curators reportedly tried to procure one of Lady Gaga's outfits, but the request was denied. And who can blame Lady Gaga? To have your clothing in a museum means you are over, part of history. To see, after emerging from the exhibit in the basement of FIT, Janelle Monáe dancing in her suit or the well-attired participants of the symposium speak, is to see queer fashion alive, moving fas