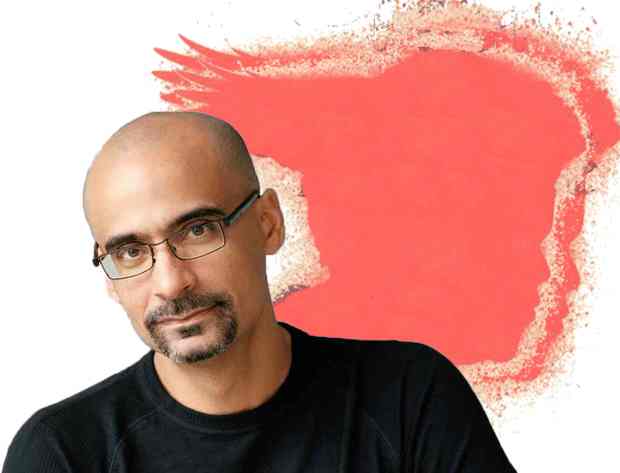 If the name Junot Díaz doesn't make your inner bookworm swoon, by now, it should at least be familiar. His novel The Brief Wondrous Life of Oscar Wao and collections of short stories Drown and This Is How You Lose Her have taken the literary world by storm. As if his achievements in literature weren't enough—he won the Pulitzer Prize for Fiction in 2008 and is a 2012 MacArthur Fellow—he's also a professor at MIT and fiction editor at the Boston Review. This week, he talked to Dunni Oduyemi about the immigrant experience, the relationship between fiction and history, and what he wishes he'd learned in college.

What made you decide to teach creative writing at MIT? Has being a professor changed your writing?

Frankly it was the best job I was offered at the time. This was before I had published Oscar Wao and for me Boston seemed like a huge leg up from Syracuse. I quickly found myself very much at home at MIT.

I enjoyed the students immensely—their creativity, practical skills, and hardcore drive makes for a wild time in the classroom. There's also an amazing Dominican community in the area which took me in and basically kept me from going batshit up in New England. I'm not sure the impact that teaching has had on my writing per se. I certainly have less time to do it. Writing was impossibly hard before I was a teacher and it's still impossibly hard now.

A lot of your writing has confronted the pain and confusion of immigration and diaspora. What is it about the idea of “becoming American” that begets such a complex experience both for immigrants and for writers?

The U.S. plays a hegemonic role both in terms of political power but also in our scripts about immigration and citizenship. The U.S. is a settler colony, formerslavepower,thathasbenefitedfantastically from immigrants—immigrants, as the national myth goes, made us. Yet given our present political moment you'd be hard-pressed to see any of this; we're currently a country whose political mainstream seems loath to recognize its debt to its immigrants—a country whose political mainstream in fact seems hell-bent on misunderstanding the how and why of immigrants and persecuting the very people who have fueled so much of its success. I'm a Dominican immigrant to the U.S. but one of the reasons there are so many Dominicans in, say NYC, is because the U.S. invaded the Dominican Republic, more than once! If you ain't going to talk about that then you've got a very distorted view of what's happening. As for the immigrant in all her complexity—losing one home and having to make a new home for yourself somewhere else—this is a nigh-universal experience—Exodus anyone? And yet for the immigrant it is a singular trauma that can't help but echo through the generations, that can't help but haunt. In a country like ours that spends so much time talking shit about its wealth, its power, and its providence, immigrant lives, like the lives of the poor and the racially hated, are the silence that speak truly—silences that can through witness and artistic craft be transformed into an indispensable counter-narrative to the delusional national cant.

You're one of the co-founders of Voices of Our Nations Arts, a program for writers of color. What makes this program so important?

Writers of color are our present and they are our future. Writers of color need safe spaces to learn, to grow, and to be. That's just a given , right? But if you look at the so-called Brooklyn literary scene, or at all the hip new literary institutions, or if you go to your average MFA program, or examine the stats on racial discrepancies in reviewing, what you will encounter is a whiteness that has no correlation to what the country is or what it is becoming. The U.S. is so stupendously diverse; the young people in the public schools are diverse beyond words but you wouldn't know it by looking at our literary institutions. Whiteness and white privilege is still a powerful force in these spaces. If you could hear some of the testimonies we receive from writers of colors in MFA and creative writing spaces, how they are belittled, othered, racialized, and made to feel unsafe... Anyway, it's something that the founder of Voices felt was more than needed, more than overdue, and an institution that does great work for our writers. For many of us it's the best part of our year. Voices is what a writing workshop, a writing culture, should look like for people of color. It's Utopian that way.

One of the most memorable aspects of Oscar Wao for me was your take on Trujillo, so I was wondering what your thoughts on the interplay between fiction and history are.

These are questions that have been wrestled with endlessly by great minds. What is at the heart of Toni Morrison and Leslie Marmon Silko and Maxine Hong Kingston's work if not that question? Isn't that the question that hovers over Maus? Fortunately I had a lot of brilliant antecedents on this topic. While writing Oscar Wao the central question was always: Where is the line between fiction and history for a people whose histories have been blown off the face of the earth by slavery, by genocide, by colonialism, by the horror regimes and the endless erasures and calumnies of modernity? What is history to those who live in the amnesiatic heart of that great trauma we now euphemistically call the New World? Edouard Glissant says it best—what I wrestled with when trying to answer that question for myself, “...the past, to which we were subjected, which has not yet emerged as history for us, is however, obsessively present. The duty of the writer is to explore this obsession, to show its relevance in a continuous fashion to the immediate present. This exploration . . . leads to the identification of a painful notion of time and its full projection forward into the future . . . That is what I call a prophetic vision of the past.”

As a novelist and a short story writer, do you have a preference for either one?

Is there anything that you wish that you had learned about writing while you were at college? Anything or anyone that you wish you'd been encouraged to read earlier?

I only wish I had more time to read when I was at university. I'm glad I only had a few writing workshops and was able to spend the majority of my time reading. But still I wish I had even more time to read. But you have to remember it was a different time in the early '90s. I had a full-time job to pay my way through school, but schools were cheaper back then too and there were also more resources for young people. My students these days have so much stress, so many corporate distractions, so little money, it's nuts.

The Heyman Center for the Humanities is hosting an evening with Junot Díaz in collaboration with its Writing Lives Series on Monday, April 7, at 7:15 PM in the International Affairs Building, Altschul Auditorium.