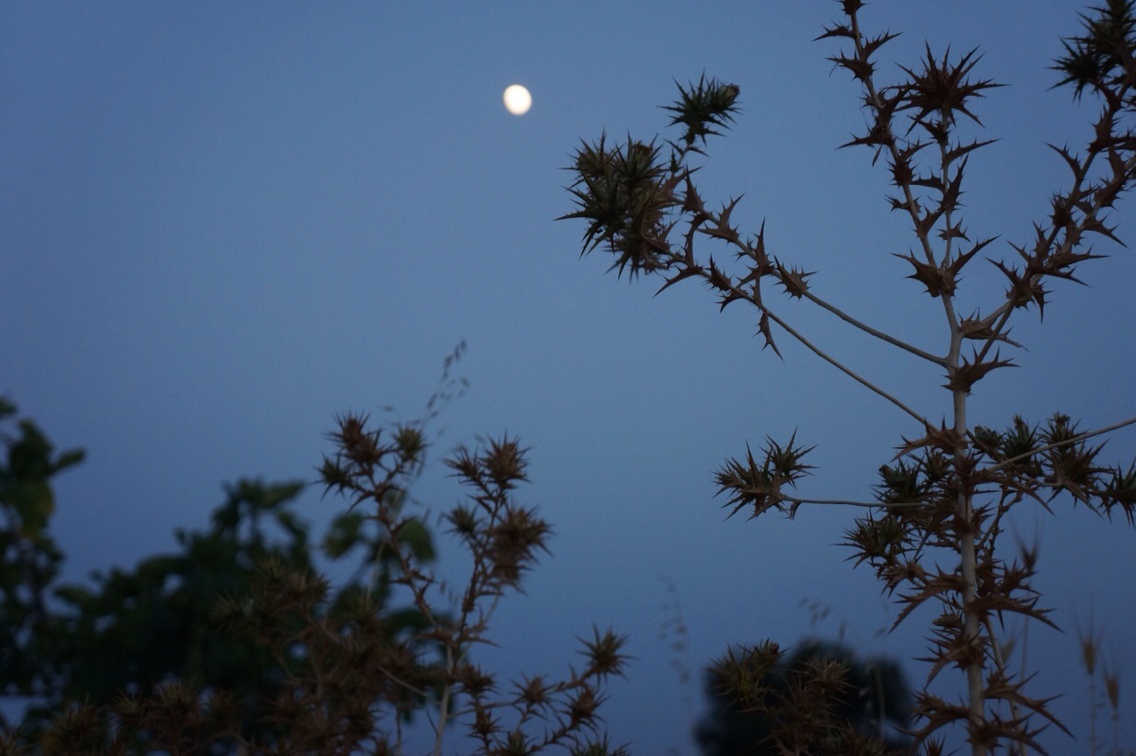 One summer's end, we watched the blue land crabs escape to the water. "There is no fun involved," you said. "When the moon is full and groundwater rises, the crabs march for the spawning waters, these roads dark and unknown at night. Mating season, for several days, passes in this way."

It's remembered how the tidal flushes sounded like clacking in those summer months, at such hours as late as these when everything is wet and hot and vacant. "Carnage and flat tires." My sister and I, like I said, were learning lessons, up at 5:00 am with the sickening sounds of the ancient creatures crunching beneath the tires of modern cars. The mangroves were punctuated with blue, an eerie skitter of shells scrambling across tennis courts, marinas, church driveways, white patios. Making out a case for the water, wherever it was.

And when we went down to collect the blue ceramics from the road there was a ranger at the bend, waist-deep in the sawgrass next to the patrol car, and the sadness of parents sleeping, and the curiosity of drapes billowing at the moon. Eyestalk-to-eye with suburbanites, the stinking slick of crushed blue carcasses is blue and red and blue in the lights, and orange for a time before the sun. "Though we could not identify their faces."

All I had was you and the pale blue-pocked burrows of those crabs in the white mangroves of Old Cutler Road. My sister would smoke drunkenly for all of us, giving us a contact high. It was a new school and spirituality so different from that of our parents. It was freedom but not salvation kicking shells in that gully, gnats stuck to our faces in dark sweat.

I was remembered, black at the knees in brackwater. I have seen the scavengers, their outsized fighting claws tearing into car tires like ruthless war. The park ranger's radio might have reached out in time, but he could not believe his eyes at the color of such a casualty.