Started from the Bottom

Started from the Bottom 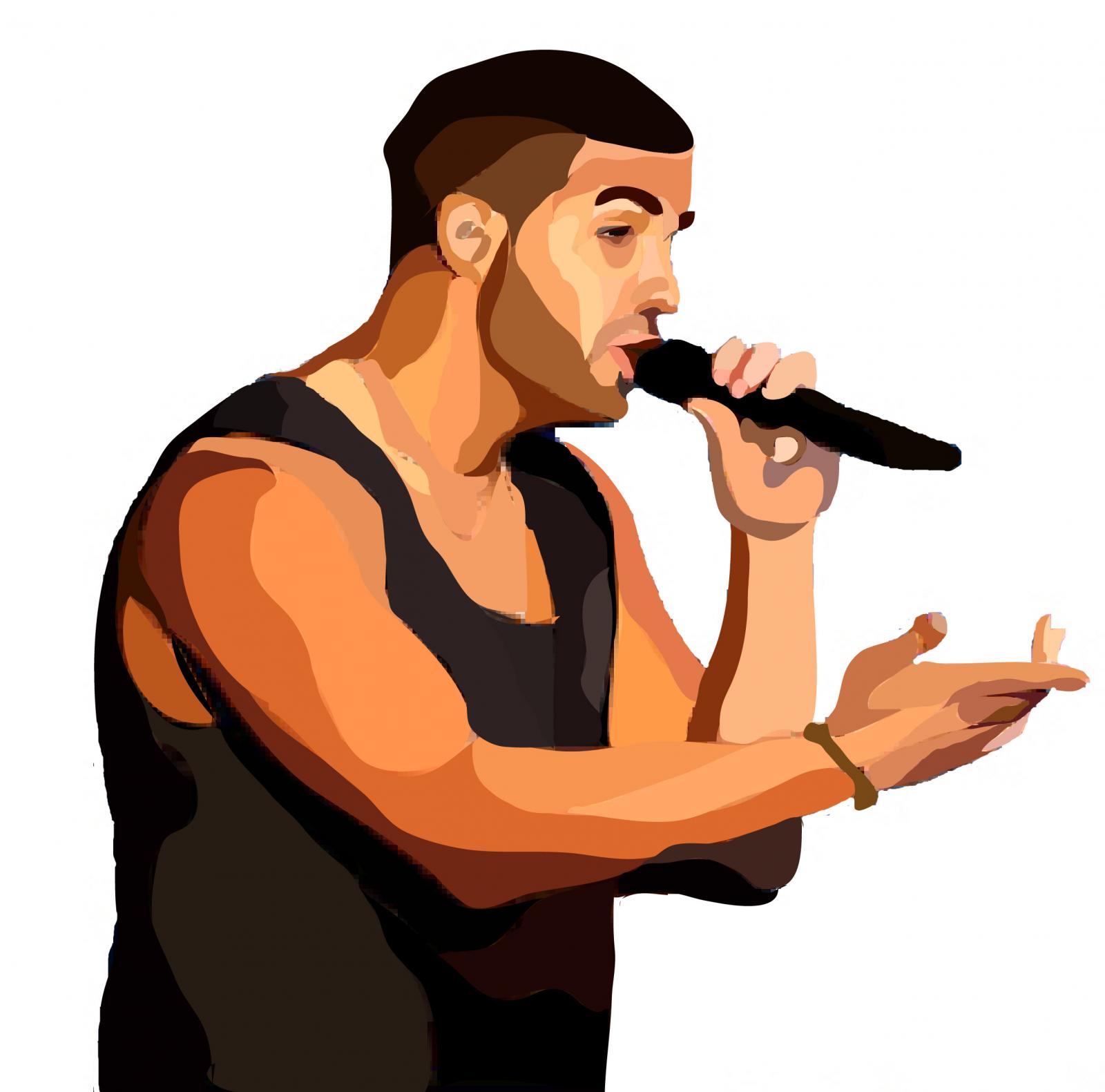 A programmer lies curled in a ball on the floor of a public bathroom, feverishly repeating, "I'm making the world a better place."

This is just a taste of the satire directed at startup culture in Mike Judge's new HBO show, Silicon Valley, which premiered on April 6. The show follows five geeky programmers as they try to build a startup. So far, the show has generated quite a bit of hype—it's already won an audience award at the 2014 South By Southwest film festival.

Evidently entertaining and close enough to reality to hit some nerves, Silicon Valley portrays a rising culture in America. Is this flurry of startup creation a revolution? A bubble? The question is a source of heated debate. Several factors have contributed to what we see today as an explosion of startups (a Cambrian moment, according to The Economist).

Professor Chris Wiggins, who teaches applied mathematics at Columbia, explains that in the past 15 years the barriers to creating a startup have decreased. As a result of advances in open-source software and cloud computing, "The requirements in terms of capital and software are so much less now that it's much more realistic for a young person to create a new company armed with nothing but their laptop and their credit card's worth of Amazon Web services."

In addition, 3-D printing is finally within financial reach of startups, making it easier than ever to take an idea and turn it into a functioning prototype. The advent of affordable microcontrollers and microcomputers (like the $30 Arduino and $35 Raspberry Pi) has revolutionized the electronics industry. Distribution and marketing are now facilitated by platforms like Apple's App Store and social media. Meanwhile, low interest rates make money easy to borrow or lend and savings more profitable to invest than keep in the bank.
Columbia students are among those taking advantage of these favorable conditions. In Wiggins' 13 years of teaching at Columbia, he has seen ideas presented by his students consistently become "big news or future directions in applied mathematics." This year, 140 student-run startups applied to compete in the annual #StartupColumbia Challenge hosted by the Columbia Organization of Rising Entrepreneurs.

Andrew Satz, a General Studies senior, is president of CORE. He was inspired by his experiences starting his own company, a music distribution platform called Track Ripple, to find ways to help other students with their entrepreneurial ventures as well. As president of CORE, he tries "to build a relationship with the University to pry up as many resources as I can for student entrepreneurs." Resources available to Columbia student entrepreneurs include advising professors, space, and $1,000 worth of free Amazon Web services. This support has led to a flourishing of startups on campus.

But why this attraction to startups?

This seemed to be the theme at the Startup Career Fair last month. Students milled around between rows of tables staffed by young and enthusiastic recruiters and covered in brochures with bold statements like "An internship that makes an impact," "A different kind of startup," and "Do work that matters." Young men—and a substantial number of women—nervously shuffled their résumés on the sidelines before jumping into the fray.

It was clearly not a one-sided courtship, as startups aggressively tried to recruit to students. Olivia Haas is a University Programs Specialist for the Palo Alto startup Medallia, a company that analyzes customer feedback in real time.

Her job is to strategize how best to reach a college audience. Haas explained, "At Medallia, we like to do things not just bread-and-butter and by the book. We like to mix things up and really get creative with how we interact with undergrad students. For example, at MIT, although they have a career fair, we're actually going to set up outside with professional masseuses."

Although no professional masseuses were to be found at Columbia's career fair, the trappings of "brogrammer" culture (the programmer's version of a "college bro" lifestyle) were pushed universally by the companies. Kegerators, fully stocked kitchens, themed happy hours, full-time coffee/smoothie baristas, and a hoverboard were just some of the perks offered.

And that's not all. All of these startups also boasted that joining their company creates—as a ZocDoc brochure put it—"a feeling of accomplishing something genuinely useful to humanity."

"It's weird—it's like it's not enough that they're making billions of dollars, they also have to be always talking about how they're making the world a better place," Judge comments in a Silicon Valley promo. And some startups incontestably are. But even the ones that aren't want to claim that they are saving the world. Why? Do startups, more than any other businesses, have an ethical responsibility to do good? What began as Google's unambitious motto—"Don't be evil"— seems to have spiraled into an exaggerated expectation.
But the phrase "improving the world" often loses its rhetorical power when followed by "of consumer marketing."

And skepticism of these hyperbolic claims seems prudent when 75 percent of all startups fail, according to a 2012 study by Shikhar Ghosh, a senior lecturer at Harvard Business School. It's important to think about where our best and brightest minds are spending their energy. It would be a shame to see our generation misdirect its time and energy into inconsequential startups that don't come to fruition.

Leron Kornreich, a 1995 Barnard College alumna and a 1996 Journalism School graduate, has worked as chief strategist at Silicon Valley Communications and currently does public relations for several startups in New York. She puts it bluntly: "Most startups fail. A lot of founders, this is their third, their fourth, their fifth—when they do succeed, it's not always their first attempt. And some people never succeed."

Microsoft is happy to remind potential interns of that. Their website offers a sobering alternative to the philanthropy-pushing propaganda of some startups, simply stating, "You don't want to waste your summer making a widget that will never see the light of day."

But this risk is a draw for some students. Outgoing CORE President Kevin Zhang, a Columbia College senior, works full-time at Fundera, a startup in TriBeCa that creates a marketplace for small-business financing. He sees educational opportunity in the instability of startups. "I wanted to know: What is it like to build a company from five people to 20 people? I think that's a very critical stage for my personal education if I want to start a business."

And this is experience that Zhang will need. Being technically proficient isn't all that is required to launch a startup, and for new entrepreneurs, "mistakes in general—well, there are a lot," says Davin Chew, chief technology officer and co-founder of New York startup SumAll.

"These are things that aren't necessarily glamorized, but there are a lot of aspects of building a company that isn't just being an awesome rock star programmer—instilling vision, organizational dynamics, raising money, how to make a deal, contracts."

Despite the stacked odds, "Every startup believes in itself, and you kind of have to," says Corey Breier, a UCSD student working at OnMyBlock, a startup that connects students searching for apartments with renters. "I like that—the passion in this industry, and the fact that everybody is actually doing something about it. It's not just talk."

Some are nervous that this startup boom is a bubble that will inevitably pop, like the dot-com crash of 1999. Stock prices are outpacing earnings, and startups without revenue are receiving eye-popping buyout offers. Others argue that the foundations of the tech sector are strong—the past 15 years have seen an influx of Internet users, creating a larger market, and many companies have robust revenue streams. They say that what we're seeing now isn't temporary—it's the fundamental realignment of the global economy.

But whether this startup flurry will end in success or failure, revolution or bubble burst, remains to be seen.