Fantastic Baes and Where to Find Them

Fantastic Baes and Where to Find Them 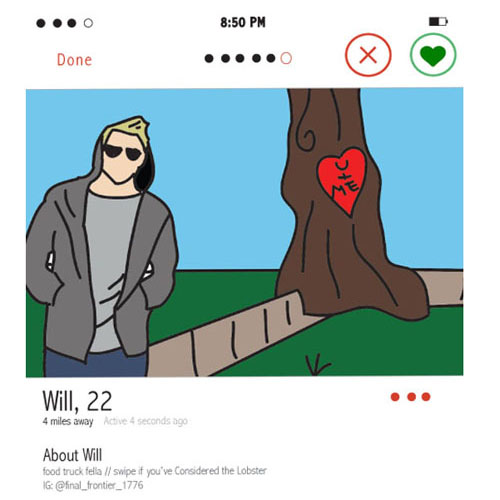 At Columbia, finalizing a perfect set of classes before the end of the add/drop period is an art, like crafting a personal pizza at the Diana Center or managing to get below a B- in a Core class. Some classes have waitlists so long you feel like you're trying to get into 1020 on a Saturday night, or waiting to get noticed at the Ferris Booth pasta station. Some lectures assign too much reading, and some seminars involve too much discussion; some professors spit as often as they breathe, and some professors can barely breathe at all.

But a few classes have a clear leg up on the competition—the seminars, lectures, and labs that, without a doubt, have more hotties per square foot than McBain has asbestos. If choosing a path to academic success is an art, then filling your schedule with the maximum amount of Columbia eye candy is a lifelong (four-year-long) passion. We won't judge you for prioritizing the cumulative hotness of a class roster over the syllabus and CULPA reviews. In fact, we're so supportive of this approach that we'll share some of our most superficial schedule suggestions.

A wise man once said, "I don't speak Spanish, Japanese, or French. But the way that body's talkin' definitely makes sense." Transcend linguistic boundaries with this hands-on exploration of classical Spanish dance. Pairs of neurotic Columbia students taking to the dance floor to manage their stress levels and meet the partners of their dreams? It's like Silver Linings Playbook role-play, but for credits!

American studies is the declared major of all future baes. Well, they actually haven't declared yet because they took a semester off to work at that Ramen Burger truck in Williamsburg, plus they haven't gotten around to emailing their adviser, and they're not technically sure that they're still enrolled at Columbia. But once they sort all of that out, it's American studies all the way. American studies majors make the perfect partners because their lack of academic rigor frees up their schedules for pampering their more productive counterparts. Dating an American studies hottie automatically makes you the Sheryl Sandberg to that random guy who Sheryl Sandberg is married to. You call the shots and bring home the bacon, and they can place all the states on the map and try and explain the frontier thesis. This seminar is the perfect place to scout out your most simpatico American studies stoner. Every person in this class is bound to have a beard, a Fjällräven, and a working knowledge of the delicate balance between state and federal power. Or at least some combination of the three. Plus, on the off chance that no one in this seminar wants to put a ring on it, you can spend as much class time as you want talking/fantasizing about the original crush-worthy sorority girl/Supreme Court pinup, Ruth Bader Ginsburg. It's a win-win! Plus, just by taking this one class, you've already earned an American studies concentration. Win-win-win!

Computer science is ***code*** for bespectacled hotties with a whole dearth of social graces and a whole lot of startup money. While you're at Columbia, it's imperative that you meet this fresh tech meat before Google gets its hands on them. While your beau illuminates the differences between Java and Python, you can show them all the physical beauty that the outside world has to offer, beyond the precise light patterns that fall diagonally across their NoCo cubicles. Your new partner's mastery of the 3-D printer means you'll never have to shell out your hard-earned cash for a plastic paperweight or working heart valve ever again. As an added bonus, all you basic bitches out there can use the knowledge you gain in this class to program your own study-abroad blogs! #LeanIn #GirlsWhoCode #CzechsandtheCity

Because someone would need a degree in psychology to truly understand you, you beautiful, complex snowflake, you. If you've ever felt the sneaking suspicion that you're a little too much to handle, now is the time to unleash all of that emotional baggage on someone who can help you medicate all that pesky neuroticism away. This lab is a great place to embark upon a blessed union that will pay off in extreme family dysfunction and limitless Adderall prescriptions for years to come. If you don't mind some emotional intensity and the occasional Schödinger's cat re-enactment, a psych major is your perfect match!

From the General Studies veteran to the president of the Columbia University College Republicans, poli-sci majors have been through some trying times and seen some scarring shit. With their craggy faces, deep-set, brown eyes, and perpetually completed Peace Corps applications, these political academics are more legit than Spectator's weekly print edition.

Halfway through introductions, you'll find yourself zoning out while that hottie shares their preferred gender pronoun, already wondering how you should ask for their number. As the professor launches into a 45-minute-long definition of "intersectionality," you'll begin to daydream about the dates the two of you will plan together: perusing toys and having open conversations about your sexual qualms and furtive fantasies at Babeland, chastising cisgender men for taking up an inordinate amount of space on the subway, and enjoying a romantic picnic passing baguettes and binoculars back and forth whilst hiding under the overgrown topiary outside of Judith Butler's town house.