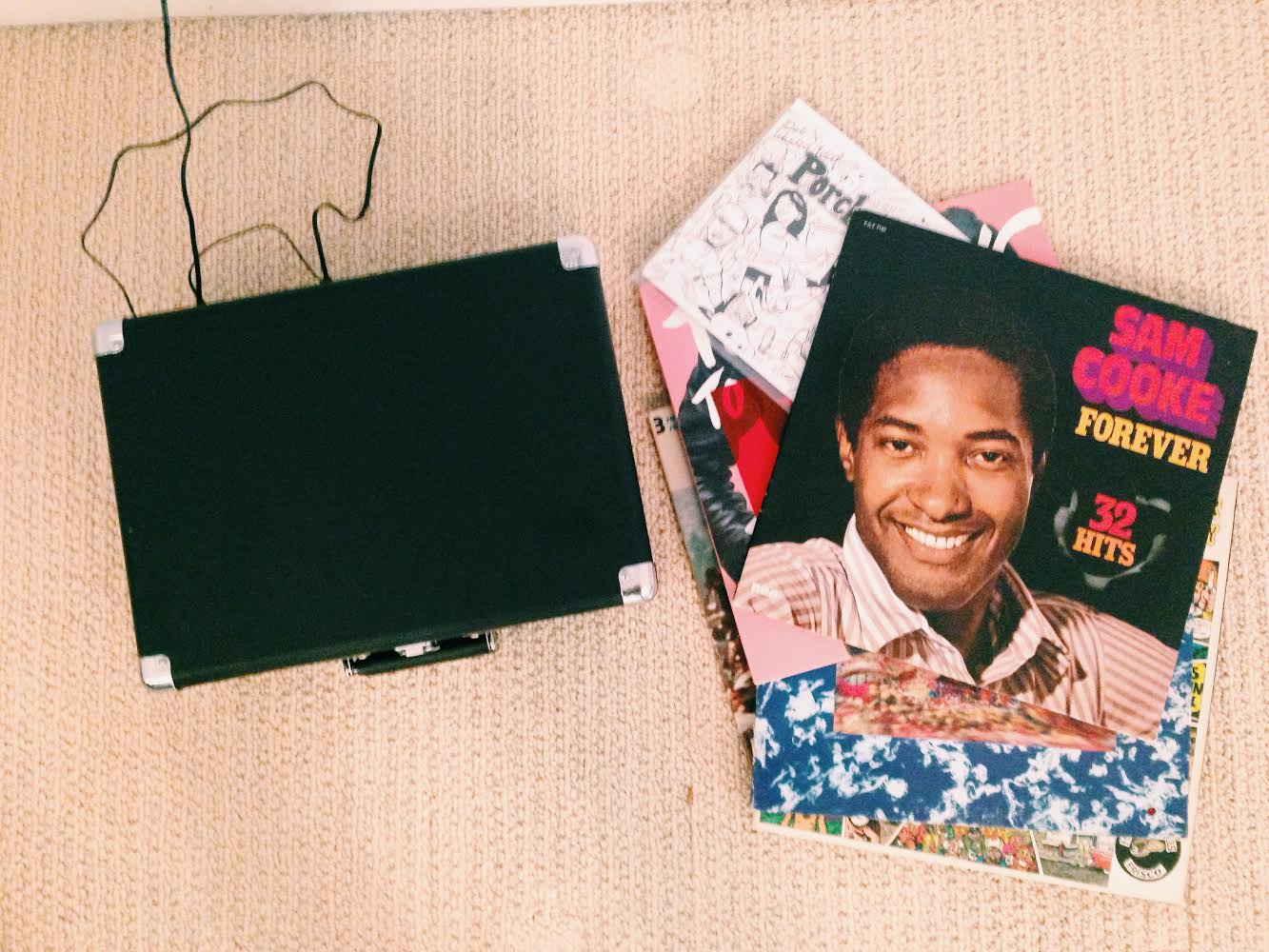 Only a couple of months ago I would have scoffed at the thought of owning a vinyl player. Such an item seems nonessential in the age of digital downloads and online streaming.

But as I write this, Visions, one of my favorite albums by Grimes, plays in the corner of my room. The needle grazes the ripples of the LP, as it emits a series of electronic blips and eerie coos in the process. The occasional skips are unique to my LP, offering a singular listening experience. Not too far off my copy of AM by the Arctic Monkeys lies tucked between Sky Ferreira's and Charli XCX's respective full-length debuts. How, in the space of two months, did I succumb to a faux hipster trend? Had I simply learned to appreciate the vinyl's inherent qualities, or had I plunged to the depths of hipsterdom for the sake of conforming?

While I'm still unsure how to answer these questions, I am not alone—many music enthusiasts have wholeheartedly embraced the return to a more archaic method of consuming and enjoying the art form. According to the Recording Industry Association of America's midyear report, total music sales came to around $3.2 billion in the first half of 2014, down slightly less than 5 percent from the same period in 2013. On the other hand, vinyl LP sales increased by 43 percent since 2013 to $146 million. Vinyl sales accounted for 4.6 percent of total music sales in the first half of the year, and it looks like the vinyl market could potentially counter the current movement towards online streaming.

Nowadays, buying a vinyl demonstrates a certain loyalty to a given artist, separating fans from more casual listeners. Artists may also use different methods to give their fans an incentive to purchase vinyls. "I was showing my coworker upstairs a record that a local punk band made. It's really cool because it comes with six double-sided posters inside that are all made by different artists. … Nowadays a lot of bands are trying to make people want to buy the record by selling them in nice packages, and artists will often include a download link," Jason Primavera, store manager of Generation Records in the Village, says.

Assistant professor of music at Columbia University Kevin Fellezs explains why he buys vinyl records. "A lot of the LPs that I have never made it to CD because they are so obscure—I collect those. I don't really collect ones that are easily available," he says. The same cannot be said of teenage and young adult consumers who mainly gravitate towards vinyls of up-and-coming indie bands and brooding electro-R&B sirens.

But does the sound of a vinyl compare to that of a CD or a digital file, and could the vinyl's unique sound account for its popularity? "You will hear many people talk about the 'warmth' of LPs, which some audiophiles say is simply a result of a less accurate bass, rendered that way though signal processing and simply by poorly calibrated and poor-quality turntables," says Deborah Bradley-Kramer, founder and pianist of the Moebius Ensemble and lecturer in music at Columbia.

"The music was designed to be continuously looped as a sound installation, with the purpose of defusing the tense, anxious, frantic atmosphere of an airport terminal. Eno sought to create music 'as ignorable as it is interesting.' Rather than enlivening the atmosphere as typical background music does, Music for Airports seeks to induce calm and a space to think. Music becomes a living part of the space," Bradley-Kramer continues. "On CD, the sounds are sharp, clean, and very much in the foreground. On vinyl, the sounds—music along with blips, low drones, hisses, and crackles—merge with both the listener's surrounding and become one with it."

If the quality of the sound produced by vinyls really is unique, can the criticism directed at the 18- to 30-year-old consumers, who for the most part never experienced vinyl as children, really be taken seriously? Fellezs says no. "Older LP buyers who argue that the vinyl is warmer will also criticize so-called hipsters for obsessing over a 180 gram virgin vinyl when they're really in the same camp," he says. "They're both interested in it as an object."

Zuwaina Ateig, a first-year in Columbia College, explains that she loves vinyls for their organic sound. "The sound is much more powerful and touching," she says. "It almost feels like the band is playing for you. The music seems more present." Unlike Ateig, many young consumers are enticed by the vinyl's "hipster" quality. Yet it is hard to imagine that someone would continue to buy vinyl without developing a greater appreciation for the distinct sound it produces. The desire to seem up-to-the-minute could give way to something more.

Judging by the recent boom in vinyl sales, it's hard to envision an end to the trend. But there will undoubtedly come a day when Urban Outfitters jumps off the vinyl bandwagon and presents its demographic with a hipper, more coveted musical accoutrement to the bohemian lifestyle. That is not to say that longtime collectors will ever stop buying vinyl. "I think that the reason we've stayed around is that people in the metal and punk communities have always been buying music and they probably won't ever stop. They're pretty loyal to the bands that they're into. You also have DJs," Primavera says.

Perhaps there is more to the recent vinyl trend than a desire to adhere to a certain lifestyle defined by all things retro. It is essential to consider the underlying philosophy of buying vinyl, and why vinyl records have resonated most with younger consumers in a day and age when music is so readily available online through downloads and streaming.

"In my opinion," Bradley-Kramer says, "vinyl presentations of some music invite more active listening, or more 'mindful listening' because the imperfections that enter the sonic experience ask to be processed." Perhaps the young are trying to distance themselves from the intangible nature of the technologies that shape our lives. Perhaps vinyl records can provide an escape from the virtual and a gateway to an idyllic version of reality.

So what will the next trend be? It is never too early to start speculating. In a case of another unlikely return to the retro, some bands have been releasing copies of their albums on cassette tapes, a cheaper method of distributing music to dedicated listeners.

But Bradley-Kramer predicts that the next change will be in listening environments rather than audio formats. "Listening is its own art, and listening today is not so much an art or ceremony, as a convenience. Some have endeavored to create more of a sacred space for the act of listening," she says.

"These places are appearing around the city—certain vinyl listening salons and some stores have set up listening stations where you can just sit and spin a turntable while reclining with your earphones on an overstuffed couch."

And if Bradley-Kramer's prediction is correct, the vinyl might just be here to stay—for the time being, at least.