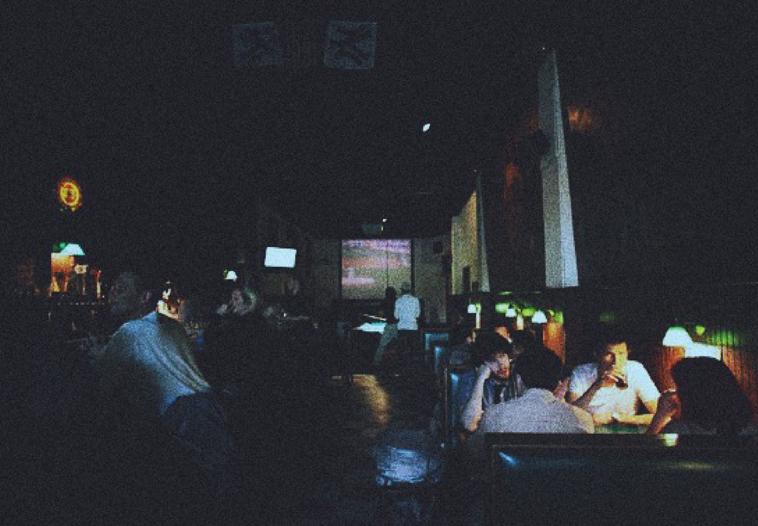 1020 is a place that you end up at when you have no specific plans, or when you are casually stalking someone, and have therefore strategically estimated that they have no specific plans and will most likely end up at 1020 too. A huge part of the bar's appeal is, if we're being honest, the total lack of competition. The Heights feels like scaling your way up an unnecessarily steep incline only to find yourself crawling backwards in time to NSOP 2k13, and Mel's has the rare ambiance of a half-full airport terminal that's dimming the lights and lowering the muzak in a last ditch effort to cut costs.

1020, with its hot bartenders who will never sleep with you and its wealth of games that never seem available for playing, is an exercise in boredom and dissatisfaction—two emotions that make Columbia students feel very much at home. The thing that you want to happen at 1020 will most likely never happen. The music will never get louder or more recognizable. The inexplicably explicit movie playing on the projector will never stop making you feel uncomfortable. The person you are stalking will never show up—or maybe they will, but so will their girlfriend, or their emotionally volatile ex. But while 1020 will never give you just what you want, it always gives you exactly what you need. I got in my first (and only) bar fight at 1020 my freshman year. While that experience was certainly not an example of me being my best or most sober self, it did grant me the #rare experience of having to ask a friend to "hold me back," and damn did that feel good.

1020 means finding love in hopeless places—an evacuated booth after spending half an hour awkwardly shifting your weight from one leg to another while holding your coat, a glimpse of a boy with a man bun who'd never had a man bun before, an interaction with another girl waiting for the bathroom, in which you complain about how much you both have to pee and then somehow feel less alone. 1020 is not a pretty bar, or a particularly cheap bar, or an especially fun one. 1020 is attractive like a boy with abandonment issues or a girl with a drinking problem—defective in a way that makes you feel strangely good about yourself for being the one in a million who loves them despite their obvious and glaring flaws.

Still, there's something so-familiar-it's-almost-beautiful about watching the internationals light each other's cigarettes through the windows, or closing your eyes for a second against the wood paneling as your friends and enemies and classmates and strangers talk on into the morning, already feeling strangely nostalgic for this moment, this warm Yuengling sweating between your fingers, these nights and nights, and the fellow bar patrons who have, by some weird twist of fate and algorithm of admissions, become the moving firmament of your compact little world.

Amy Zimmerman is humor editor for The Eye.