The 1 That Never Comes

The 1 That Never Comes 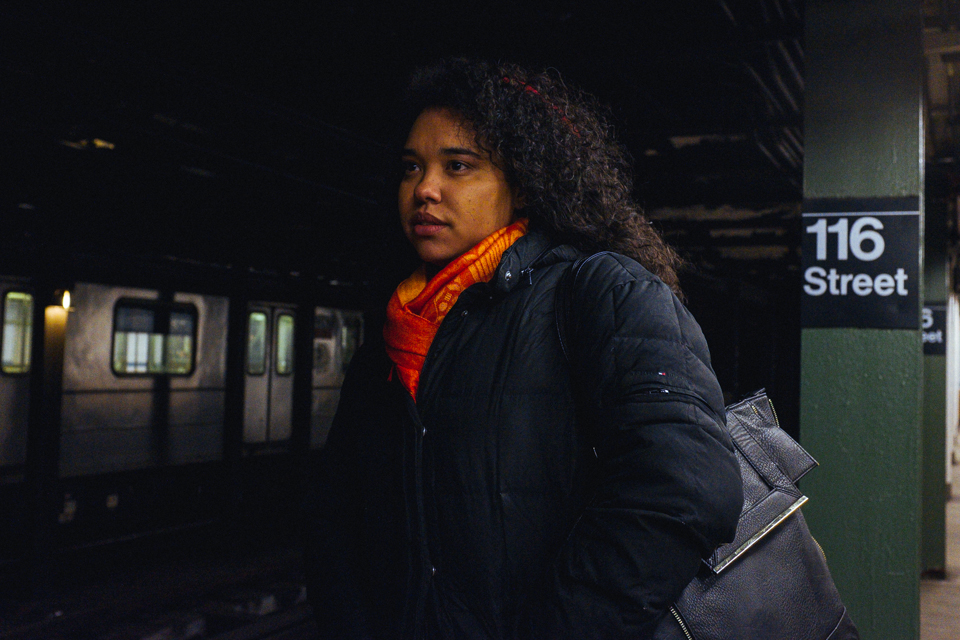 By now, Aria Geiser, a School of General Studies student, is used to traveling to campus from Brooklyn every day. "The commute isn't so bad," she says, "except for when buses or trains are late, and it's very cold outside." Other than the minor annoyance that comes in waiting for public transportation, Aria's daily one-hour-and-twenty-minute commute to campus is just a regular part of her life as a Columbia student.

Students relax in the commuter lounge, located on the first floor of the Diana Center. // Shao-Yu Liu for Columbia Spectator

For her first two years of school, Adriana Alter, a 2011 graduate of Barnard College, regularly commuted as well. Despite the expected inconveniences that came with living with family while going to school, she says, "It was nice to step off campus and remind myself there was a life outside of school."

During her time as a student, Adriana was on the board of Skip Stop, Barnard's student organization for commuters. Skip Stop was named after the now-defunct 9 train, which used to skip the stop at 116th Street and Broadway.

Adriana is back on campus for the day, helping out with a jewelry-making event run by Skip Stop. "I think this school really gears things towards non-commuters in a way that can seem really exclusionary," she says.

Held at the commuter lounge on the first floor of the Diana Center, the jewelry-making event is one of Skip Stop's efforts to bring commuter students into the campus community. Barnard commuters float in and out of the commuter lounge, stopping by to say hello to friends between classes, nap at one of the desks at the corner of the room, or access their lockers.

The event is a new development since Adriana graduated. Student life is typically geared toward students who live in the dorms—campus events usually happen at night, and the New Student Orientation Program, for example, is tailored toward bonding with roommates and floor-mates. "If I want to attend events, it would mean I would get home really late," says Sadia Shahid, a Barnard College junior. "For people who live on campus, it's convenient. But, for commuters, there's a whole other life outside of this campus. You have other responsibilities."

"Those lockers were installed at the beginning of this year," says Cynthia Brito Mena, Skip Stop's president. She and most of the commuters at Barnard still use the old lockers located in the basement of Barnard Hall. The old lockers are bigger, so students can fit more things inside. "Although it is really awkward when I come down to use my locker and other students pass by and stare into your locker," says Cynthia, referring to the fact that non-commuters don't even seem to realize that commuter students exist on campus.

Still, not all commuter students have the convenience of having one's own space on campus. Loriebel "Lori" Sal-Long McElrone, a GS first-year, says that she applied for a locker last semester and received one, but when she went to use it, discovered that it was still in use by another student. Despite emailing GS campus resources, she has been unable to contact the current occupant of the locker, and resorts to carrying around her books and belongings in her backpack.

When not in class, Lori mostly stays around the GS student lounge in Lewisohn Hall or the café in Dodge Hall. She commutes from New Jersey and usually leaves campus right after her last class.

Commuters can use the transportation time to get work done. Nell van Amerongen, Business School student, uses her commute time to finish up assignments. "The 20 to 30 minutes you have in the train are a valuable time to force you to read. I'm just working on a PowerPoint presentation I'm late on," says Nell, as she types away on her laptop.

Even long commutes have benefits.