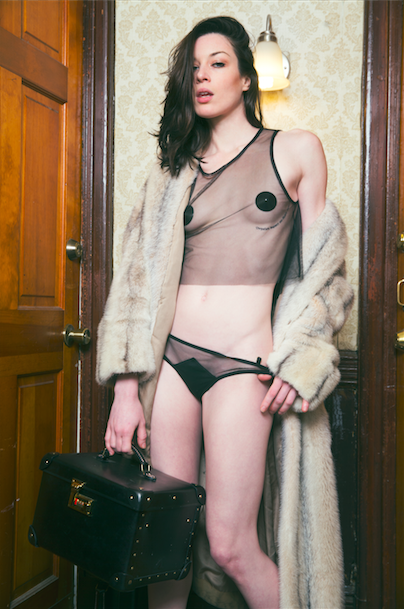 Speaking of public events, you gave a talk on campus here at Barnard in November.

Was it unusual for you to be talking about pornography in an academic setting?

Oh, yeah, I'd never done it before. But everyone was super nice and awesome, and asked good questions. And it seems like everyone was open to coming along with me from point A to point B, but also thinking about what they were hearing critically.

Take Back the Night on campus called it a talk on "sex-positivity, communication, and consent." What does sex-positivity mean to you, if anything?

Sex-positivity is largely a buzzword. It's what you put on a headline, like "Feminism" or like "Porn." And then actually in practice it's, I guess, to me, treating sex like a big part of human experience, generally speaking. Sex-positivity is approaching it like—mm, you can't directly correlate it to food, because there are people who are completely asexual. But for instance, I don't really care about food. Whereas, when it comes to sex, I'm like, "Oh, I want to know everything about sex!" I want to view just about everything about sex, and I'm completely down to have six-hour-long discussions over, I don't know, tying people up. And then have another six-hour-long discussion about being tied up. I think the reason that we have to have a buzzword, thing, hashtag, whatever-you-want-to-call-it like "sex-positivity" is because we've buried sex and actively tried to curtail discussion of sex for so long that this is actually a problem, and we're seeing big symptoms of that problem, and now something needs to be done about it.

One criticism sex-positive feminism tends to get a lot is that it tends to be positive of all kind of sex—sex that may be abusive, or sex that may promote misogynistic or racist or otherwise troubling ideas about people. As someone who's a very prominent part of an industry that portrays sex and sexual acts, how do you feel about that perceived element of sex positivity?

Well, I think the perception of that is incredibly binary to a blinding degree. With that said, one of the things that complicates so many things when we're talking about ethics and ideals and how the world should be is that the people living in the world right now have been deeply affected by the way that the world is. So let's go for, specifically, women who have sexual fantasies of being raped. Why? It's going to be subjective and individual, but possibly because they grew up in an environment where all sex between a man and a woman was seen as somehow inherently rape. Do we punish them and make them feel bad and like there something's wrong with them for a sexual orientation or map of arousal cues that they didn't ask for, they didn't actively choose, but had it installed by the shit, shit structural system? No! That's horrible. 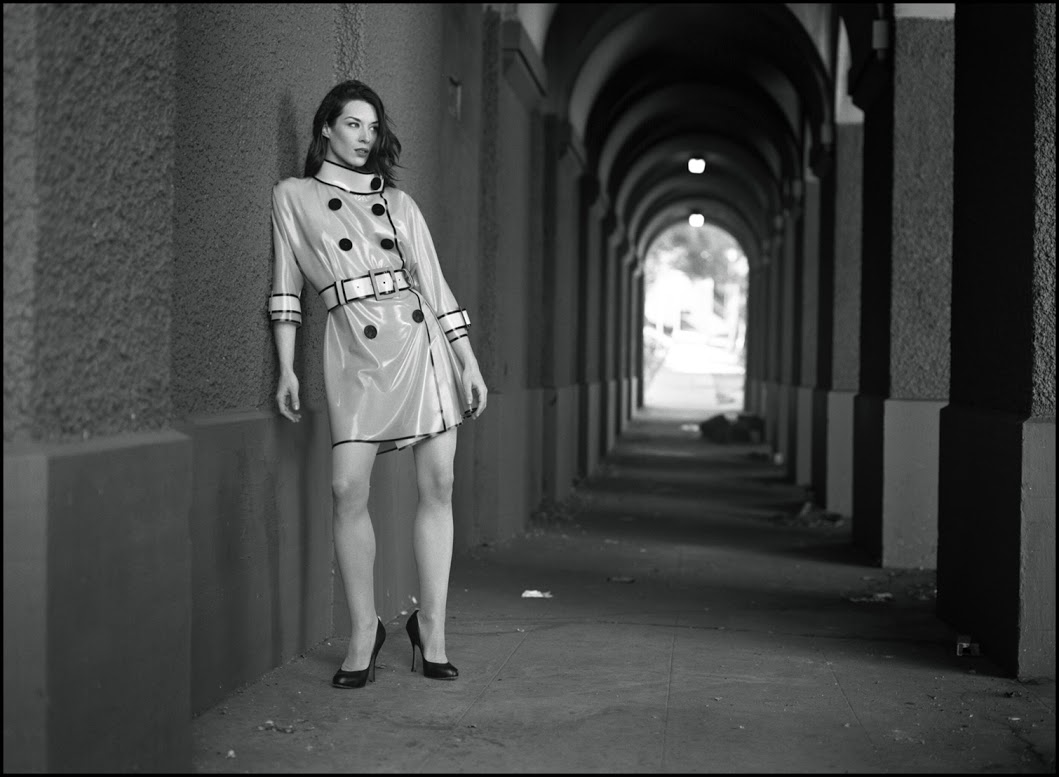 For Kayden and I, the intent is to do things the way that we think they ought to be done, that seems to be a little more ethical and fair than a number of the available options in pornography prior to our launch. But there's been, for quite some time, a number of companies like Pink and White … and Courtney Trouble with TROUBLEfilms. So there have always been, during my time working in adult entertainment, companies and people who are already having a dialogue about how to do things better, and doing things better. Trenchcoat is one of three companies that have launched in the past month that are owned and run by female performers, so it's a big dialogue.

How conscious are you of your female-ness in creating TRENCHCOATx?

I am so conscious of my female-ness every day, because that's just what happens. I'm aware that not every female-bodied person in the world or female-identifying person in the world has a full range of interactions inflicted on them every time they walk out their front door, but, for me, from puberty, going outside has been an adventure in having my female-ness thrust upon me. I'm always aware of that, every day.

I'm sure that's influenced pornography a lot. I have not seen any of these movies, and I'm perfectly okay with that. So while I'm sure the more blatant titillation of mainstream films in recent years has an effect on my career and the places that have been interested in working with me and talking about me and all of that sort of thing, directly, I'm going to say no, not for me personally. Just 'cause, who the fuck has time to watch movies, man.

Yeah, I have porno to make, and a site to run, and a dozen different social media accounts to keep up with now—it's more than doubled in the past week. And I would like to have sex sometime, like just for me and the other people involved in it. That's a really important part of my life! You know, snuggling with people and having sex with them in a not as extremely performative sort of way. Although, what was supposed to be a press release for the first scene of Graphic Depictions turned into this little discussion of how I believe sex is inherently observational when it's with one or more partners. So it's not like it's never performative. But I'm not on camera with makeup on.